Of all the common engine configurations, the inline-six-cylinder design outshines all others in terms of strength and reliability. The reasons are simple. Each and every connecting rod has its dedicated rod journal (no sharing like V6 and V8s), and a total of seven main caps hold the crankshaft in place (V6 only has four and V8s and Inline-4s only have five main caps). While the inline-6 engine has its benefits over other configurations, it also has its drawbacks. Inline-6-cylinder engines are typically 50-percent longer than V8 engines and often heavier for a given displacement. With most manufactures concerned about weight and packaging, it is no wonder that it is rare to find an inline-six-cylinder engine powering a vehicle built in the past 20 years. While the Toyota 2JZ and Nissan RB26 has not been in production for close to 20 years, BMW has been putting together the most technologically advanced inline-six-cylinder engines on the planet. The S54 engine found in the 2000-2006 BMW M3 and some Z3/Z4s is becoming a popular choice for engine swaps. Formula D Champion Michael Essa has proven the prowess of the BMW S54 in turbocharged form. In years of competition with the powerplant, Essa has also uncovered the Achilles heel of the S54 and has worked with Supertech to find a solution. To see if an S54 swap is in your project car’s future, we will start with an overview of the S54 before revealing its weakness and the secrets to reliable boosted performance. 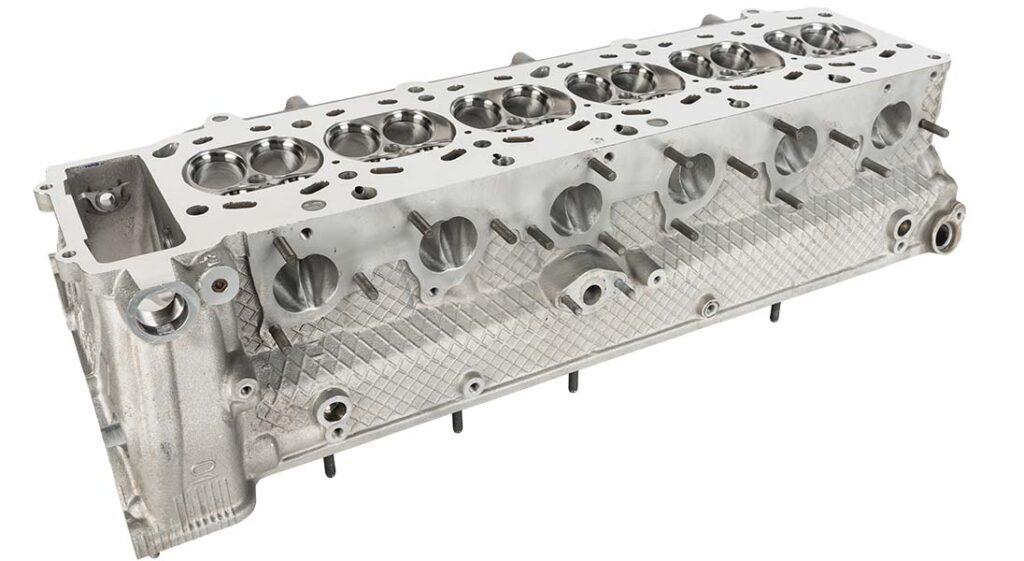 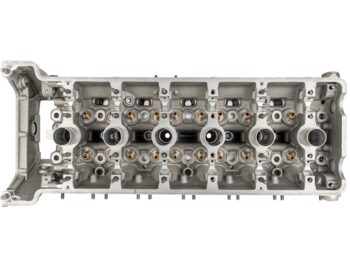 BMW’s last naturally-aspirated inline-six-cylinder engine delivered some impressive performance in stock form. The 3.2-liter produced 330 horsepower at 7,900RPM without the aid of forced induction. In terms of bore and stroke, the S54 runs an 87.0mm bore size (same as +1mm overbored RB26 and 2JZ engines). The S54’s stroke checks in at 91.0mm, a very-popular stroke for 3.2-liter 2JZ builds. Like the 2JZ and RB26, the S54 features a cast-iron block and an aluminum cylinder head. Companies that offer a full-billet aluminum engine blocks will tell you that a factory block is only good to 900-to-1000 horsepower, but Club DSPORT has yet to build an S54 short block, so we cannot confirm those numbers. Putting the bottom end aside, it is the cylinder head, valvetrain and induction system on the S54 that showcase its 21st century technology.

When we got our hands on our first S54 cylinder head, we were impressed. Looking at the bare head, you can see the exceptional level of CNC machining done on the intake port and combustion chambers. Everything lines up exceptionally well on the intake. The exhaust ports aren’t nearly as nice as the intakes. Ports are left in an as-cast finish and the port volume is pretty low. While this design works well when power levels are at stock levels, doubling or tripling the power through turbocharging requires some better exhaust flow.

Like Nissan RB26, the S54 has individual throttle bodies. Whereas the RB26 used a mechanical linkage, the throttle bodies on the S54 are controlled by drive-by-wire (DBW). Having the ability to control throttles via DBW allows the ECU to do a better job of idle control, traction control, rev matching and even launch control. When considering doing an S54 swap, be sure to choose an ECU capable of controlling DBW as well as both intake and exhaust cam timing. 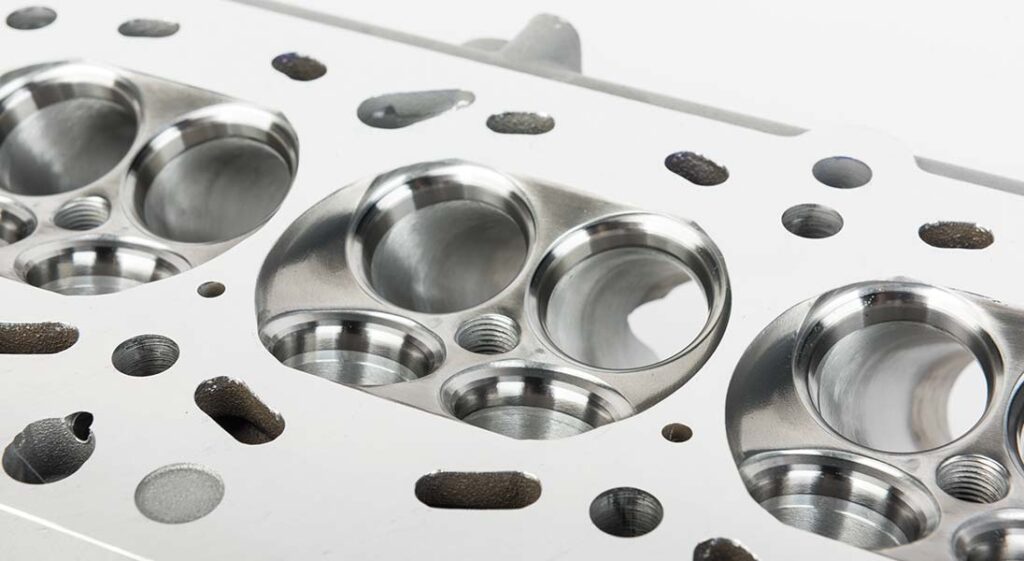 A PCD “diamond”cutter is used on the deck surface of the S54 cylinder head after the CNC combustion chambers are hand polished to perfection. A Newen EPOC is used for the fully-radiused CNC valve job that is performed with the cylinder head torqued to a custom Club DSPORT torque plate. The valve job also unshrouds the valves in the chamber while blending the bowl into the throat.

Under normal operating conditions, a well-maintained and properly-functioning S54 engine doesn’t have issues with keeping all of the valvetrain components in place. Take an S54 and put it in an environment where it’s going to be bouncing on rev limiters under boost and the S54 can quickly lose its manners. According to Michael Essa, “we noticed that the problem was not only related to engine speed but also to exhaust back pressure. When we ran more boost and consequently more exhaust back pressure, the likelihood of spitting out an exhaust shim increased.” Once the shim is spit out of its regular location, the follower will start to beat up the valve stem and retainer. There is also the possibility of the shim finding its way to the engine’s bottom end.

(L) By reshaping the divider and working the roof of the exhaust port into the bowl, some nice gains can be realized without killing the velocity in the port. Once completed, the S54 head will have exhaust flow of about 85-percent of the intake flow. (R) The first component for the Supertech S54 lash cap valvetrain upgrade are the valve guides. These guides are required to work with the next spring package and seal solution.

Why does this happen? BMW engineered the S54 to make 330 horsepower, never exceed 8,000RPM and to not be subjected to boost pressure. BMW also never imagined that an S54 would be spending seconds at a time on a rev limiter while a car attacked a drift course. Instead, to achieve the highest possible efficiencies, as well as optimized valve velocity, acceleration and jerk rates; BMW engineers optimized the cam profile with respect to the follower and spring dynamics. Asymmetric profiles with inverted flanks on both cams get the valves open quickly and get more area under the curve. Unfortunately, those same agressive profiles are more prone to valvetrain instability with boost pressure, back pressure and the bouncing on the rev limiter.  All that hard work gets thrown out the window when an S54 is boosted and cranked up to 600+ horsepower. Under boost, the intake valves now have positive pressure trying to force open the valve. This reduces the amount of force needed to move the intake valve off its seat. When the camshaft moves to force open the valve, it can apply more force than necessary and the valvetrain can become unstable. While this is the easiest issue at play to understand, it’s likely not the most significant. Most S54 valvetrains poop themselves while on a two-step or main rev limiter.

An electronic rev limiter works by essentially causing a continuous misfire at the prescribed limit. As the cylinders are dropped and then refired again in this process, intense vibrations can result in the engine’s valvetrain being affected by harmonics. When a particular frequency is close to the natural frequency of the components in use, all hell can break loose. While tailoring of the rev limiter to limit across a wider range of engine speed can help reduce the issue (making the rev limiter softer and more progressive), an S54 operated on or near the rev limiter for too long is likely to have a condition where the valve is not moving in unison with the follower. As a result excessive lash is realized and the factory shim escapes or gets cocked in the retainer. 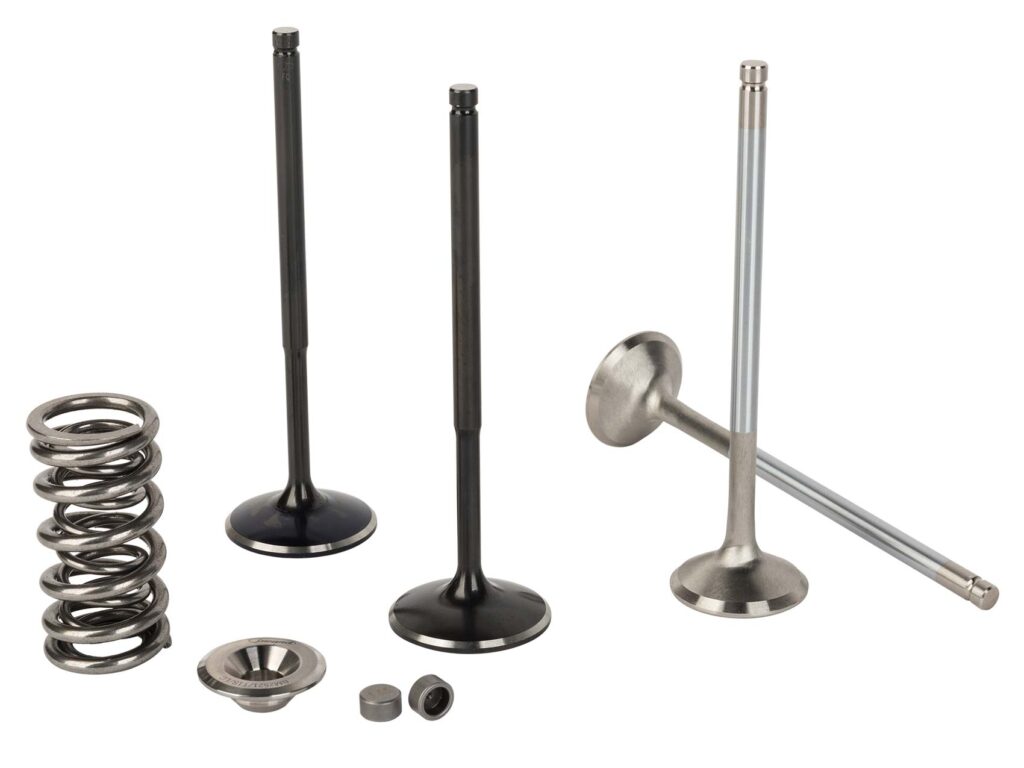 Supertech first attempted to solve the issue by simply increasing the spring pressure to offset the effective loss in seat pressure with boost and exhaust backpressure. Unfortunately, the S54’s valvetrain challenge was not solved with a simple solution. Instead, Supertech went to the drawing board and came up with a complete guide, valve, spring, retainer, and lash cap solution. This solution did increase the seat pressure to compensate for the loss under boost but, more importantly, it also changed the natural frequency of the valvetrain to a range out of sync with the engine on a softer rev limiter in the 8,000-8,500RPM range. To accomplish this just about all the components associated with the valves needed to be re-engineered. To fit the new spring pack, a new valve guide and seal was needed to work with the new valves, new springs and new retainers. Instead of relying upon the retainer to capture the shim, a conventional lash cap is used to set valve lash. The new Supertech valves also use a single groove and single-groove keeper. 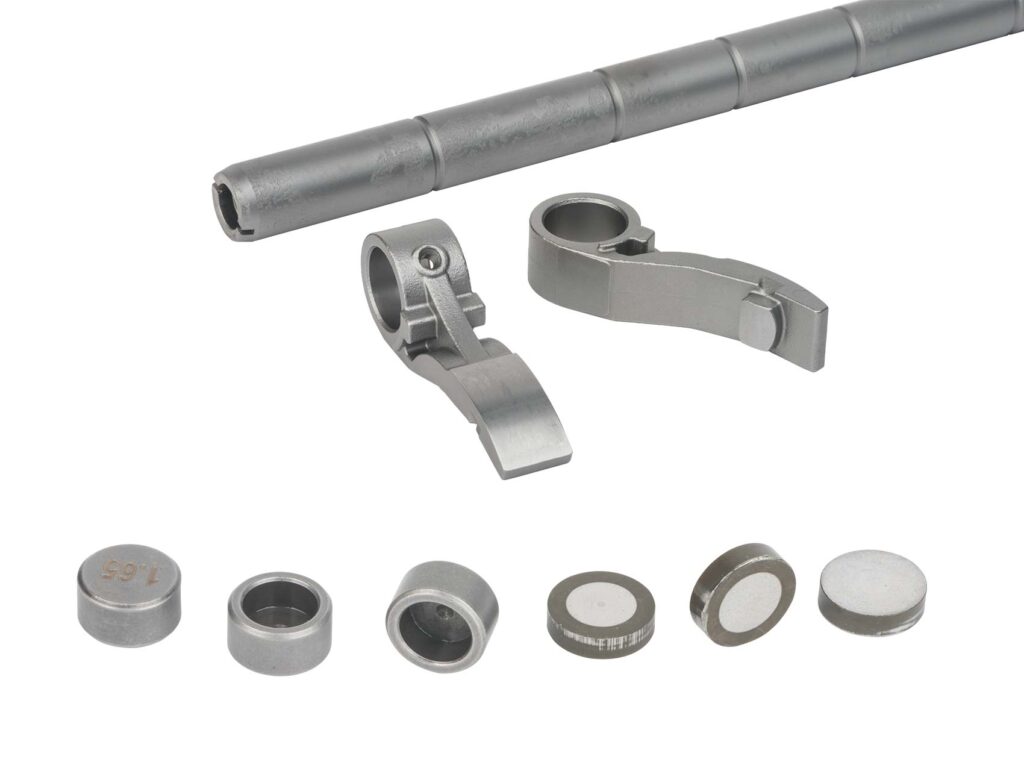 The finger followers and the shafts that secure them were both treated to WPC micro shot peening. The process reduces friction and eliminates stiction.

Since we see great promise in the S54 platform, we decided to invest into producing a cylinder head torque plate for the S54 cylinder heads. With this plate torqued in place, we are able to simulate the actual stresses, strains and distortions occurring on the S54’s valve seat. By cutting the CNC valve with the Newen EPOC with the torque plate in place, maximum contact between the valve and seat occurs once the engine is fully assembled. 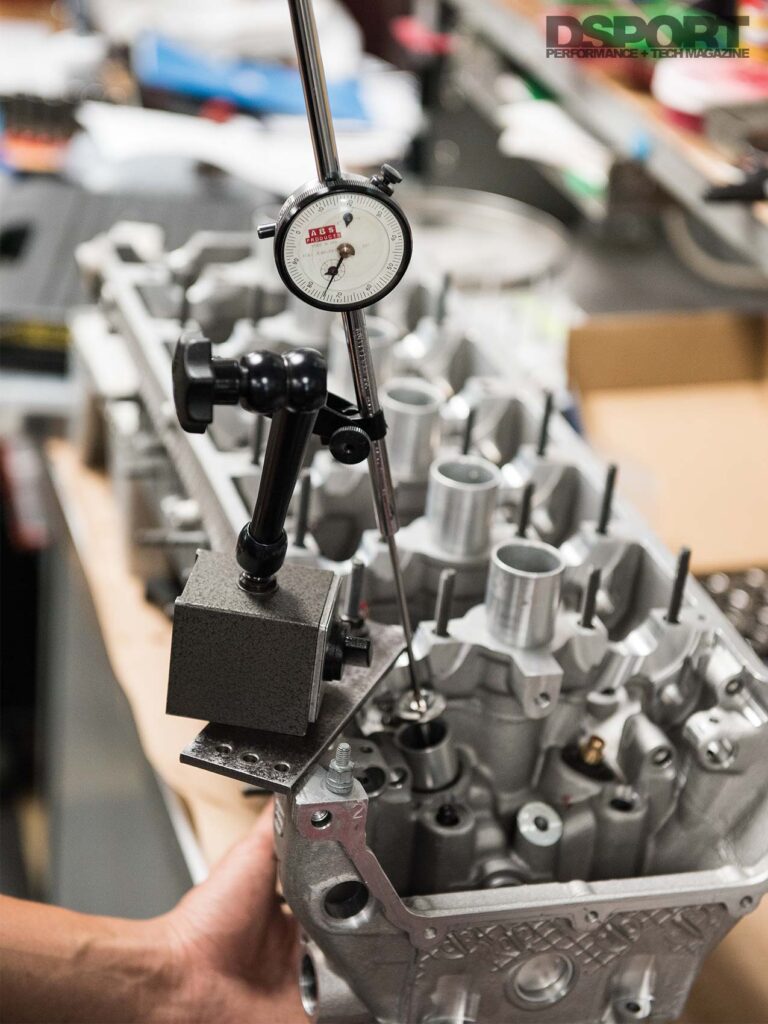 Be sure to check for proper spring installed height to set seat pressure to the correct levels. 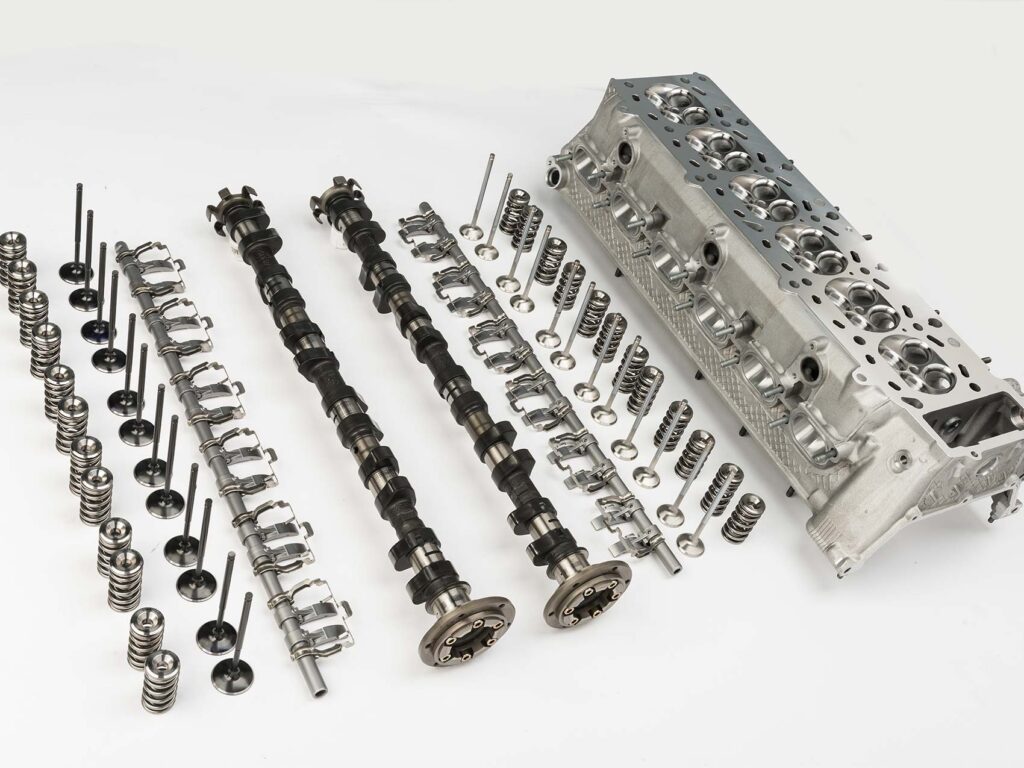 A lot of pieces make up the S54 VANOS controlled cylinder head.

We also decided to get some flow data on the S54 cylinder head in both a stock and ported configuration. As expected, the intake flow is exceptional on the S54 head. It matches the flow of a fully-ported RB26 intake port while eclipsing the flow of a 2JZ intake port even after a CNC street port. The exhaust port of the S54 which are small in size, flows much better than one would expect. However, there is a lot of room for improvement on the exhaust flow. In fact when properly reworked, the flow of the exhaust can get into the 80-85 percent range of the intake flow. That’s a flow ratio that works very well with a properly matched turbocharger setup. 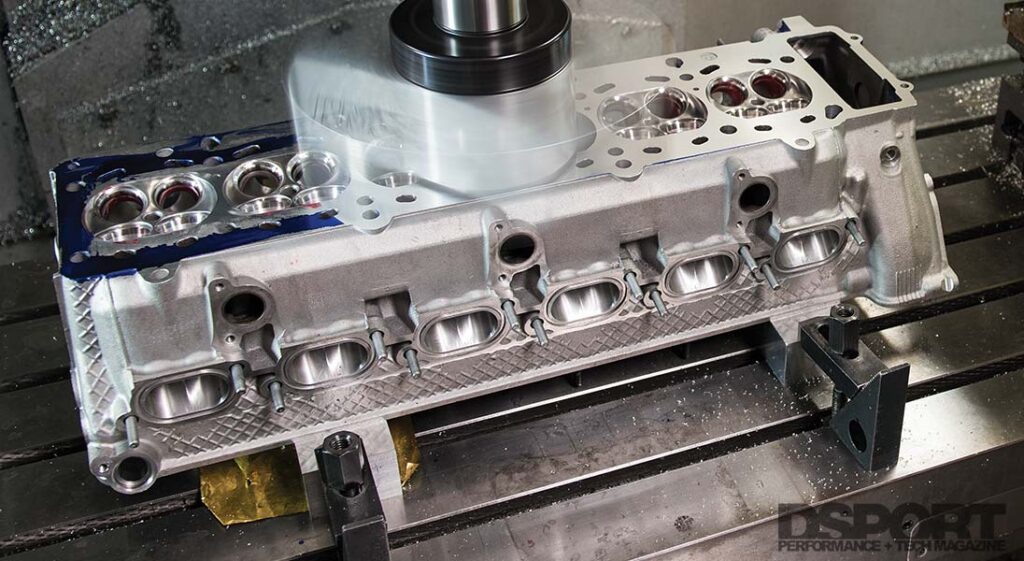 A custom fixture for the S54 cylinder head ensures the deck is parallel to the camshafts’ line.

2JZs and RBs will continue to be legends of the import performance world for many years to come, but the S54 should be a swap consideration for those not intimidated by technology. One tuner referred to the S54 engine as the modern RB26 and perhaps it is similar to what a reinvented RB26 would be like. With the ability to make a 1000+ wheel horsepower with a super-efficient inline-6, the S54 is a player we expect to see a lot more from in the future. 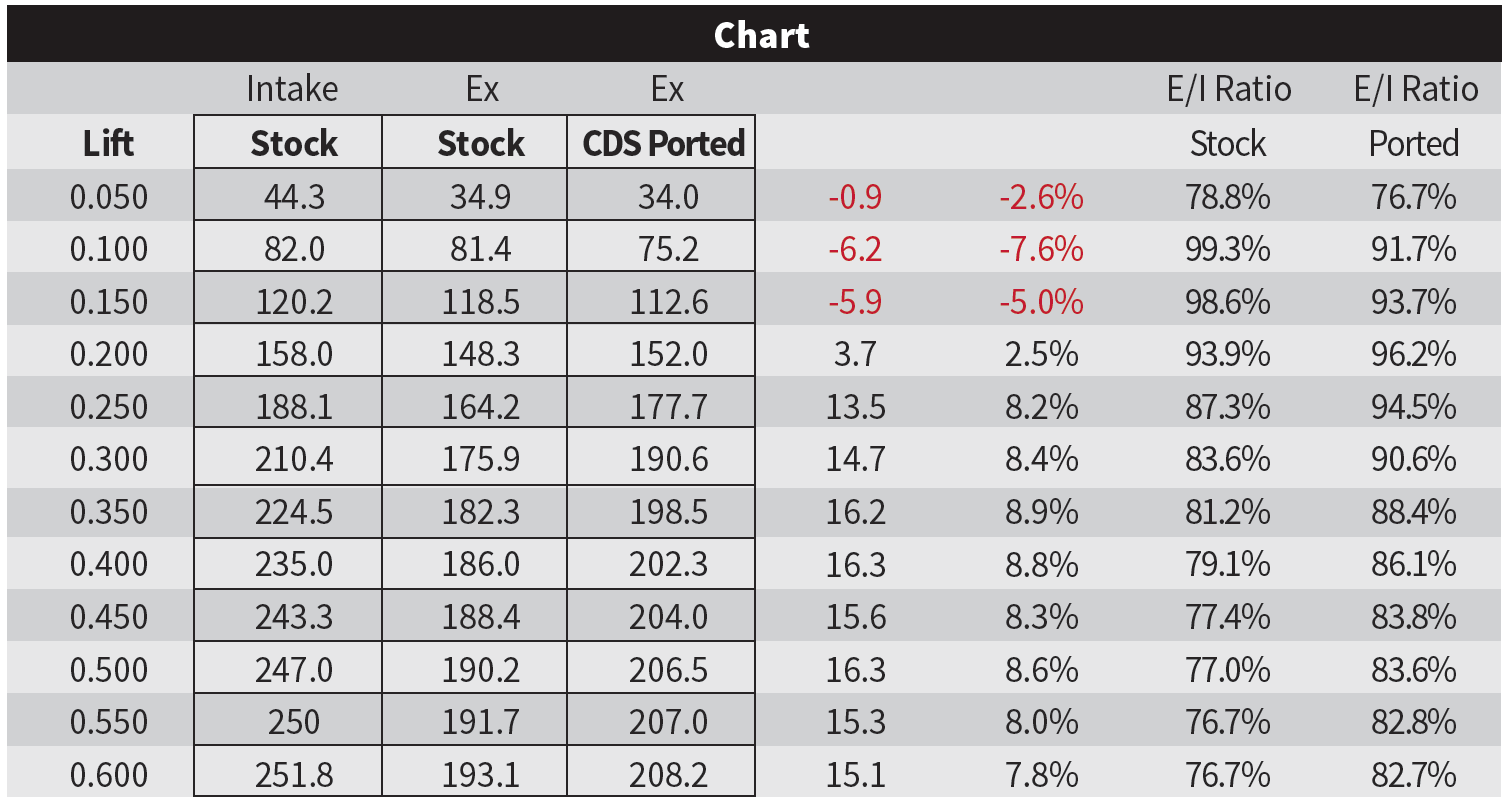 Some basic porting and blending on the exhaust side can pick up about 8-percent more flow or just over 15cfm. This helps to improve the exhaust-to-intake flow ratio to nearly 85-percent.