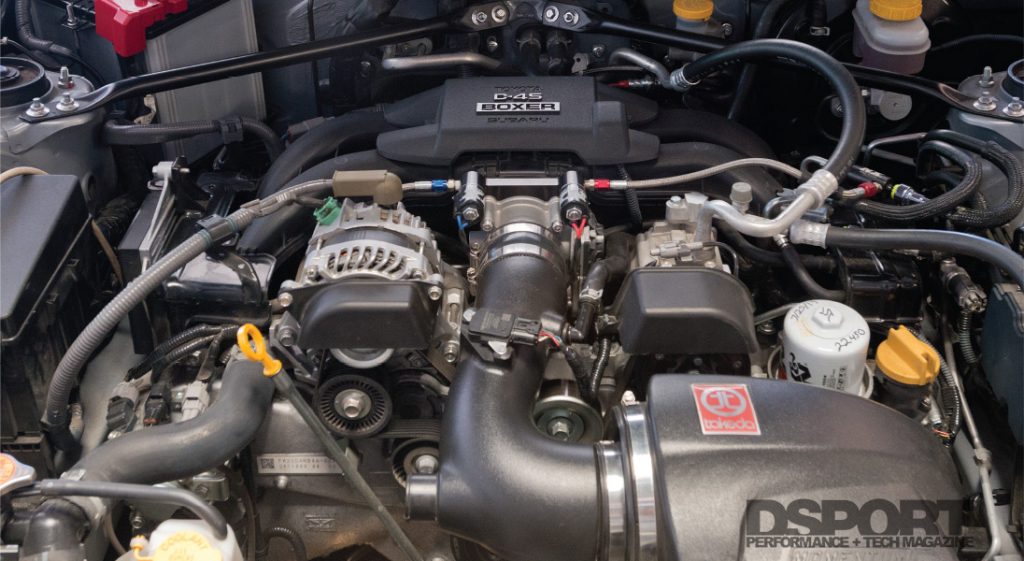 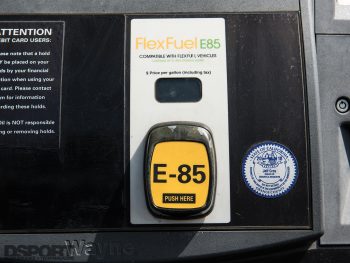 Switching over from pump gas (which is actually E10 as it is 10 percent ethanol) to E85 (which is up to 85-percent ethanol) is going to give you a fuel that has a superior knock resistance, an improved cooling effect and a higher autoignition temperature while sacrificing the energy density found in gasoline. Since E85 only had about 75-percent of the energy per gallon as E10 pump gas, you will be using about 35 percent more E85 than E10 pump gas while driving. However, you should be able to realize a power gain in the neighborhood of 4-to-6 percent on an “all-motor” stock engine configuration. With a forced-induction application, the power gains are typically in the 10-to-20 percent neighborhood at the same boost levels. The gains can be many times that if the boost can be turned up to levels not approachable on E10 pump gas. As for making the change to E85 from E10 on your FR-S/BRZ, it really depends on the type of racing you are doing. The power gain from the change isn’t that dramatic. However, if you are road racing the vehicle, the cooling benefit is worth the expense as it will help keep the engine temps in check with a proper tune. If the type of racing you do is shorter sprints that don’t tax the cooling capacity of the vehicle, the expense of a conversion to E85 or flex-fuel may outweigh the gains.

Nitrous oxide is one of the best bang-for-the-buck power adders for racing vehicles. At the touch of a button, an instant torque and horsepower boost can be delivered as the oxygen-rich nitrous oxide and additional fuel combine to allow more fuel to be converted into power. Normally a nitrous-oxide system will let you “jet” the system for different levels of additional power. Jetting the system at a sane level is a must and only triggering the system at wide-open-throttle at a minimum RPM no less than 40-percent of the engine’s redline is a must. 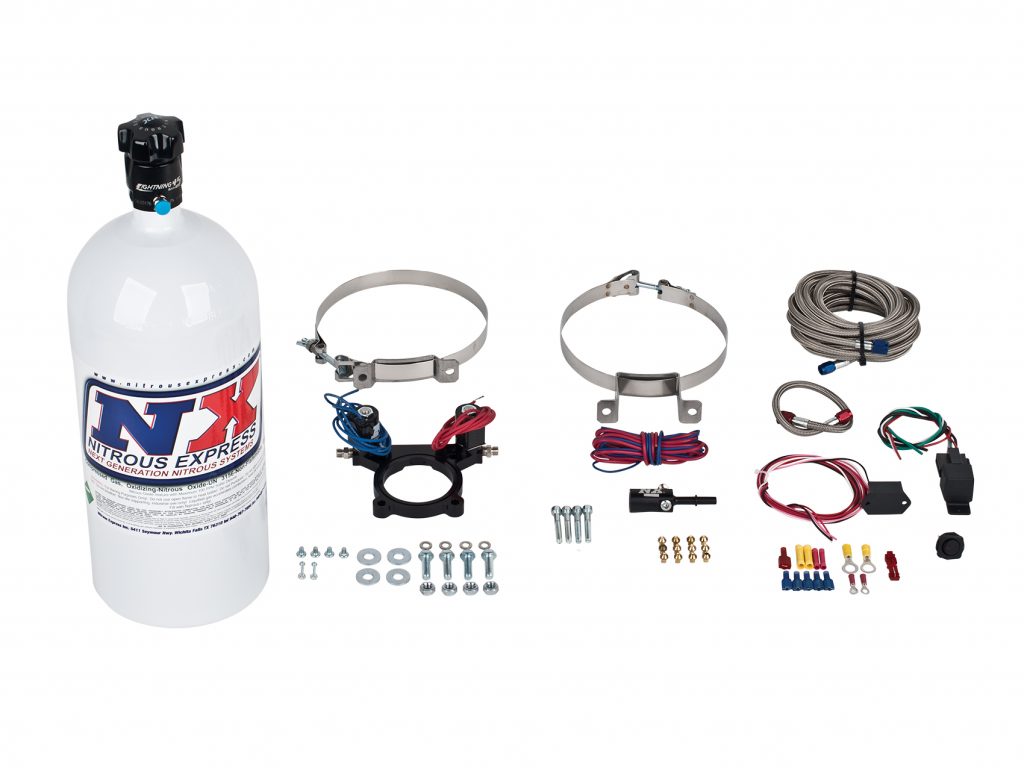 As for teaming E85 with nitrous oxide, there are benefits over using nitrous oxide with E10 pump gas. The addition of nitrous oxide accelerates burn rates in the combustion chamber. When a fuel that is prone to detonation is used (like E10 pump gas), the addition of nitrous oxide exacerbates the issue. This is usually overcome by running an excessively rich air-fuel ratio when the nitrous system is engaged to slow the burn rate. However, this a band-aid more than a fix. With E85 and its superior cooling properties (pulls out 2.3 times the heat versus E10 during vaporization), a leaner air-fuel ratio can be safely run when E85 is teamed with nitrous oxide. 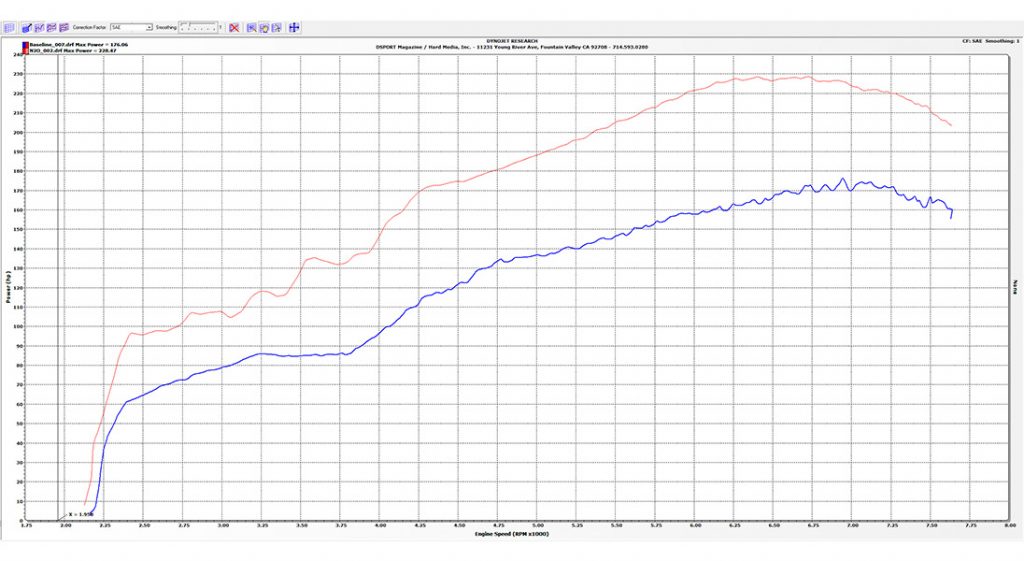 Making more power with E85 and nitrous oxide is the easy part. Getting the factory engine to handle additional power is the tricky part. The connecting rods on the FA20 engine are the weak links. If the safe limit is 250 lb-ft of torque for the rods, the rods don’t care what power adder is used to go into the danger zone. Whether you produce 250 lb-ft of torque with a supercharger, a turbocharger or nitrous oxide, the rods don’t care how you reach their limits. The higher the torque output of the engine, the shorter the time period before the stock connecting rods let go. Think of it as bending a paper clip back and forth. The more it bends (torque) each time and the number of times it’s bent (number of passes or laps made at danger zone torque levels) each play a role in how long the rods (and engine) stays intact.