Opinions are like assholes and everyone has one. Look on a forum, blog, Instagram or YouTube account and you can find a number of “engine builders” sharing their thoughts and feelings on the best compression ratio for a particular engine or application. If you take away anything more than the person that took the time to post this content has an asshole just like me, there is a 98-percent chance you have been misled. To avoid being deceived, you need to take the time to understand the effects of raising or lowering an engine’s compression ratio. These effects have nothing to do with feelings or emotions. Instead, these effects are rooted in science. In addition to understanding the effects of raising or lowering an engine’s compression ratio, you also need to understand how fuel octane, alcohol percentages, type of fuel injection (port or direct), boost levels and types of driving will factor into selecting the ideal compression ratio for your application. 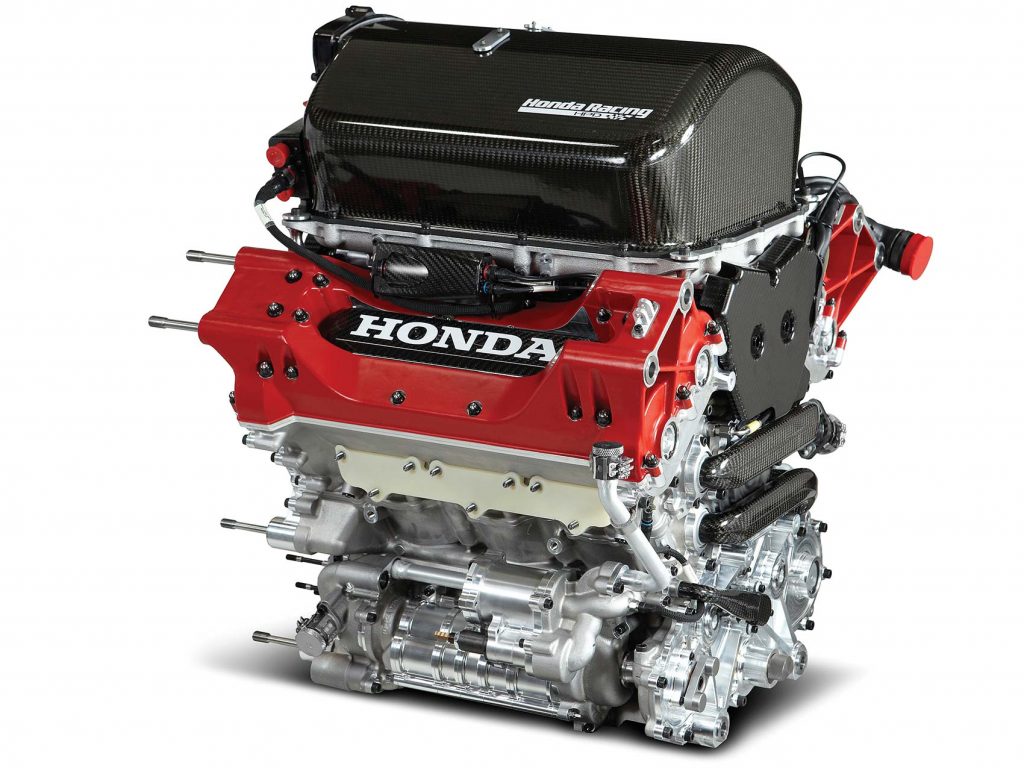 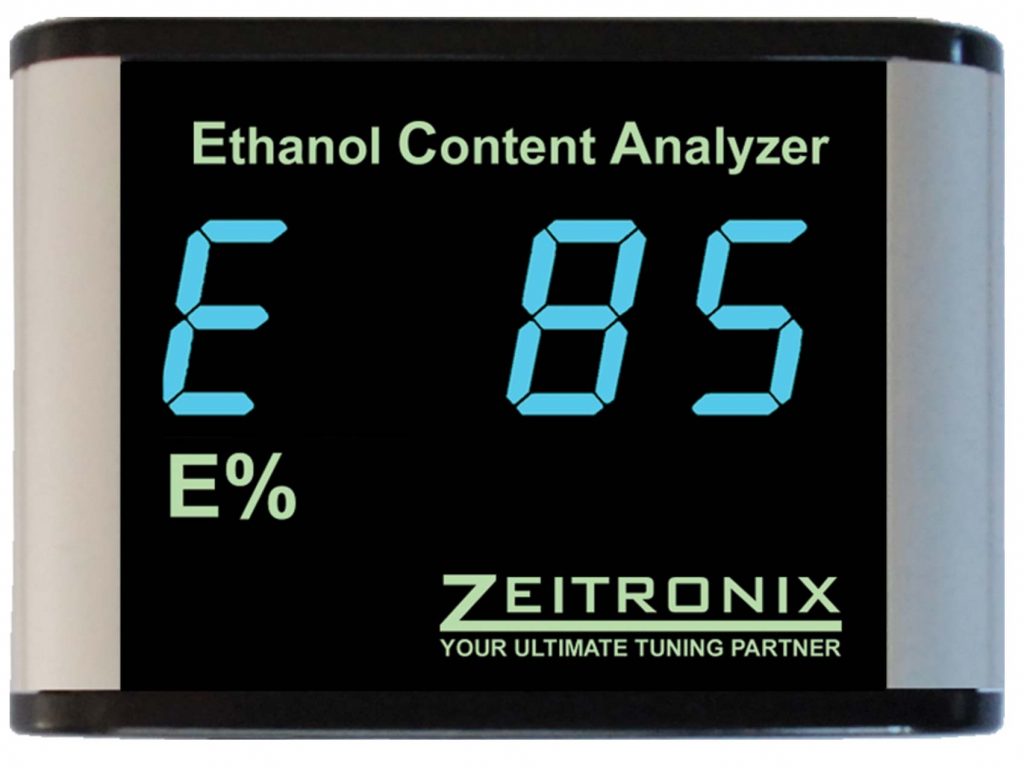 While everyone is familiar with the poor judgment that can result with a person consuming alcohol, few understand that allowing an engine to consume alcohol-based fuels also opens the door to some bad judgement. This bad judgement is usually the result of the “if a little is good, more is better” mentality. High ethanol-percentage fuels like E85 are very resistant to detonation (knock). The reason is that the alcohol has a much better cooling effect than gasoline when it vaporizes. Since an engine may not knock at 30psi of boost even with an 11.0:1 compression ratio, people mistakenly believe that these higher compression ratios are ideal on E85. Depending on the application, it may be. But a 9.0:1 engine will make more power than an 11.0:1 engine from about 22psi to 30psi. For a drag application where you aren’t spending any time at low boost levels, a low compression ratio is more likely to be ideal. For a street application or circuit application, the off-boost and low-boost power increase from the higher compression ratio may be most ideal. 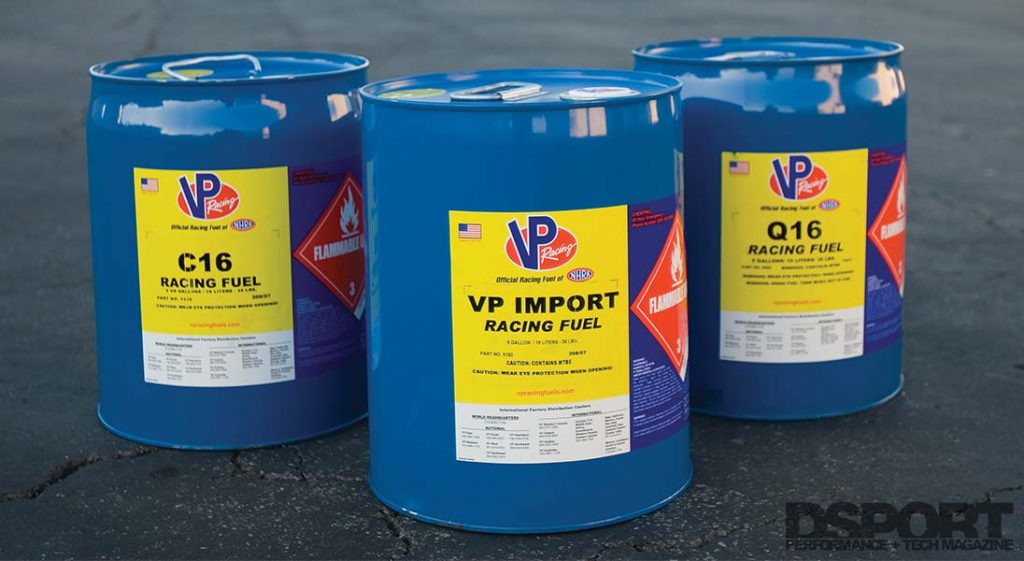 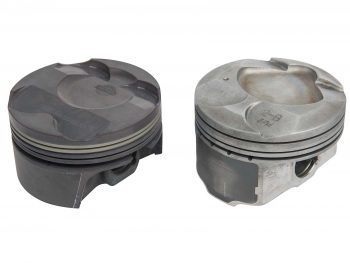 Long before forced-induction found its way onto factory engines, high-compression pistons were one of the original go-fast upgrades. If you have an all-motor setup, running the highest compression ratio possible for the fuel being used is usually the way to go. However, there is an exception. If the means used to achieve this ultra-high compression ratio reduces the combustion efficiency (percentage of air-fuel mixture burned in the cylinder), a slightly lower compression ratio that doesn’t have this impact will be ideal.

What is wrong with raising the compression ratio on an engine that runs ultra-boost levels? The primary concern with higher compression ratios is the increased likelihood of detonation. Since temperatures of the air-fuel mixture at the time of ignition are elevated with increases in compression ratio, raising compression ratio increases the chance of auto-ignition (ignition due to heat and pressure before the spark actually occurs) and detonation (the uncontrolled explosion of the air-fuel mixture). These concerns are negated when higher-octane gasolines and/or E85 is going to be the fuel for the engine. While raising the compression ratio has the positive effect of increasing an engine’s thermal efficiency, it also has a negative effect of reducing the volumetric efficiency of the engine. This reduction in volumetric efficiency is the result of having less unswept volume that could be filled. As boost pressures get higher, the amount of power lost from a reduction in unswept volume is multiplied. There is also a slight reduction in exhaust energy with a higher compression ratio. This means that there is less energy to power the turbocharger so the turbo may reach peak boost at a slightly higher engine RPM on a higher compression engine. However, this performance disadvantage is often offset by the fact that the higher compression ratio allows the engine to make more power when not in boost. This could mean that the engine is already accelerating faster before the boost “kicks” in.

Lowering the compression ratio will have the benefit of potentially increasing the volumetric efficiency of the engine while reducing the thermal efficiency.

When one only considers the difference that a compression ratio change makes on a engine’s thermal efficiency, this would be the following impact to fuel economy. When looking at the impact to power output, one needs to adjust for the impact made by the change to the engine’s volumetric efficiency.

By using the charts supplied in this article, you will have a good representation of how two engines with different compression ratios will perform at different boost levels. If your application desires more power off-boost and up to about 20psi, raising the compression ratio should be considered if the fuel to be used has the knock-resistance required. If your application desires more power from 20psi of boost to infinity, reducing the compression ratio of the engine should be considered. Just remember that dramatic reductions are going to really hurt off-boost output and power until you get past that 15psi boost mark.

For high-boost applications, an increase in the compression ratio reduces peak power output at 44.1psi, while the power will decrease accordingly at high boost levels, off boost and at lower boost levels.

While the charts can help provide direction, nothing beats actual testing. If you do have an engine program for your racing team that allows engine development, try building two identical engines that have slightly different compression ratios (maybe a half-point apart). Compare and evaluate the two engines to see which delivers better results. Rinse and repeat a few times and eventually you will find the ideal compression ratio for your setup. Of course, this process assumes that the method used to obtain a different compression ratio on each engine has the least influence on changing combustion efficiency. In part three, we will explore the best ways to reach the ideal compression number that lead to maximized combustion efficiency. Stay tuned.