Exhaust 101: Moving Up By Moving Out 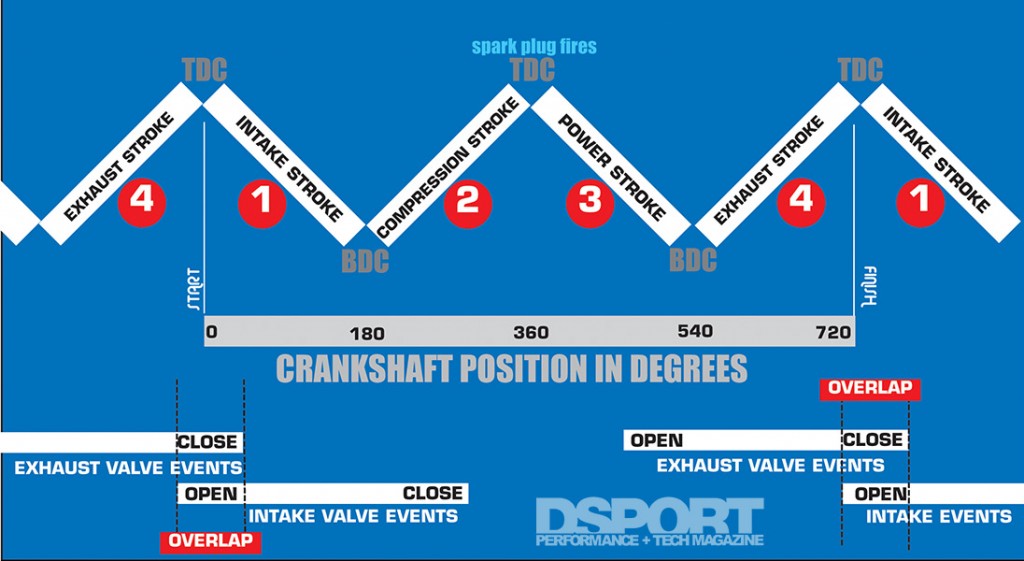 Commonly, OE exhaust manifolds are constructed from cast-iron. These factory pieces are produced to channel exhaust gasses from the exhaust ports of the cylinder head(s) to the exhaust system. The manufacturing process is executed in the most cost-effective manner for the vehicle’s manufacturer with little or no regard to performance. OEM exhaust manifolds are usually very restrictive and some incorporate catalytic converters into their design.

An aftermarket headers’ main objective is to make a less restrictive path for exhaust gasses to exit the engine. If you refer to the four-stroke diagram, you’ll see that the engine produces its power during the power stroke. During the power stroke, the compressed air and fuel mixture that entered into the combustion chamber has been ignited. This burn forces the piston down, which in turn spins the crankshaft. The following cycle, is the exhaust stroke. It is during this stroke that the burnt exhaust gas is pushed through the exhaust ports into the exhaust system.

It is in the exhaust system that back pressure is generated. The turbo, bends, catalytic converters, resonators and mufflers can all induce backpressure. Remember, not all the cylinders are pushing exhaust gas out at the same time although they are being channeled into the same exhaust manifold. A well- designed aftermarket header will feature equal-length runners or “pipes” for each cylinder. These “pipes” meet at what is known as the collector. In essence, the collector collects the “pipes” so a flange can be used to bolt onto exhaust piping. A restriction-free header will flow more exhaust gas through its “pipes” than its OE predecessor. With most headers, a weight savings will be experienced when replacing the factory cast-iron piece. 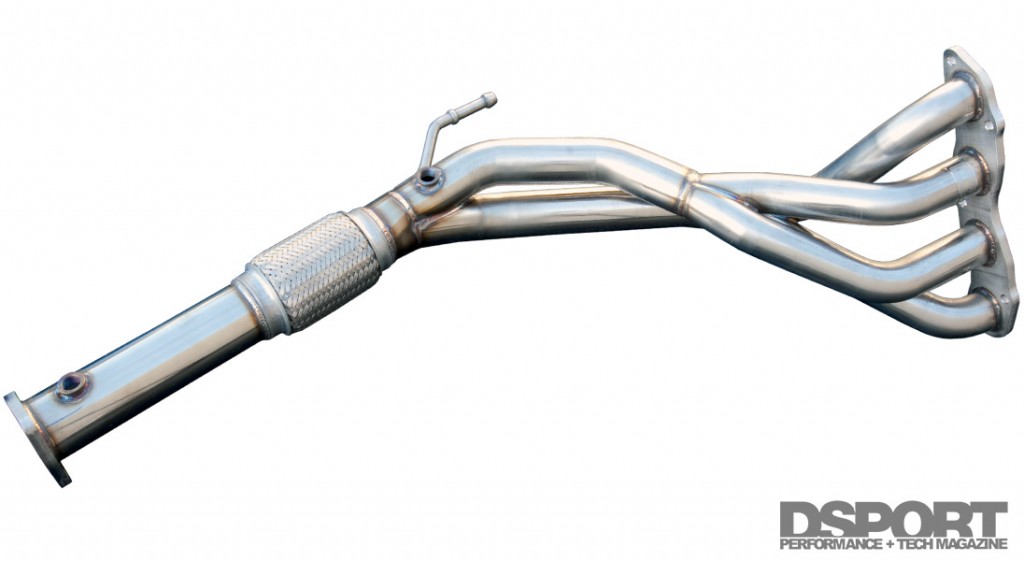 Much like the exhaust manifold, the downpipe plays a similar role, although the main difference is that downpipes are used on turbocharged applications. A turbocharger will allow the engine to digest more air by compressing the mixture going into the cylinder. When the additional air entering the engine is combined with fuel, the engine can produce more power. While a turbocharger assists in making the engine more efficient, the actual turbocharger creates inefficiency in its own. A turbine placed in the path of exhaust gas accounts for some inefficiency. Eliminating any restrictions in the exhaust system after the turbocharger’s turbine section is an easy way to produce more power. Of course maximum performance requires that the entire exhaust system from the turbocharger to the tailpipe be as free flowing as possible.

Back pressure in the exhaust system is one cause for loss of horsepower. In a turbocharged platform, reduced backpressure can also increases boost response. Therefore, larger diameter exhaust piping from the tailpipe to the turbocharger is the most efficient way to more power. 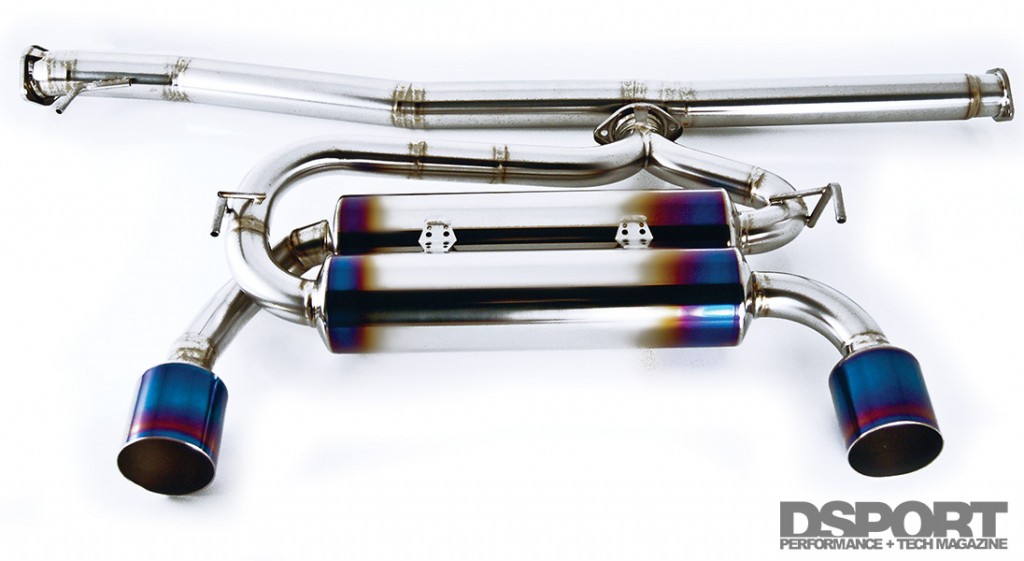 Proper exhaust systems feature the smoothest bends and are made from mild steel, stainless steel or titanium.

This smog-legal improvement can provide measurable power gains on both naturally-aspirated and boosted applications. Factory exhaust systems are generally engineered to cut costs and performance while maintaining an exceptionally quiet exhaust note. On naturally-aspirated applications, a well-designed cat- back system will improve exhaust flow without killing the exhaust velocity. On “all-motor” applications, it is possible to go too large in piping diameter. The result is that the engine may lose power and performance while being excessively loud. On turbocharged applications, the bigger is better mentality seems to rule. However, if you go bigger than needed for your power level, you’ll have an exhaust system that is louder than it needs to be. The ultra-large diameter exhausts often have an annoying droning note too.

Deleting the cat will kill the smog- legal status of a vehicle. On turbocharged applications, there is generally a big performance improvement when a cat-delete, test-pipe or cat-jack pipe is used in place of the factory catalytic converter. On naturally-aspirated applications, there may only be a 1-to-2 horsepower gain. In either case, eliminating the cat will also increase exhaust sound levels.