Skip to content
February 22, 2019Showcase The Tech The Videos

We did it! For the past few months, we’ve been working on the 2018 DSPORT 86 Challenge Presented by ENEOS. The Challenge is designed to explore forced-induction solutions for the popular FA20 engine in the Toyota 86/Scion FR-S/Subaru BRZ. We brought five stock cars and equipped them with five different forced-induction systems. All cars went through street, dyno, and track testing. The result is the most extensive forced-induction guide for this platform that will help buyers choose the right system for their specific needs and driving styles.

We gathered five stock Toyota 86/Scion FR-S/Subaru BRZs, and equipped each one with a different forced-induction system. We installed the same coilovers and sway bars. This ensures that all vehicles handle identically on the track. All cars were fitted with the same brake rotors and pads. The same wheels and tires were used, as well as radiators and oil cooler kits. Finally, all cars were equipped with ENEOS Racing Street engine oil for proper lubrication under the forced-induction and track conditions. Toyota supplied us with a brand-new Toyota 86 that served as our baseline on the dyno and on the track. 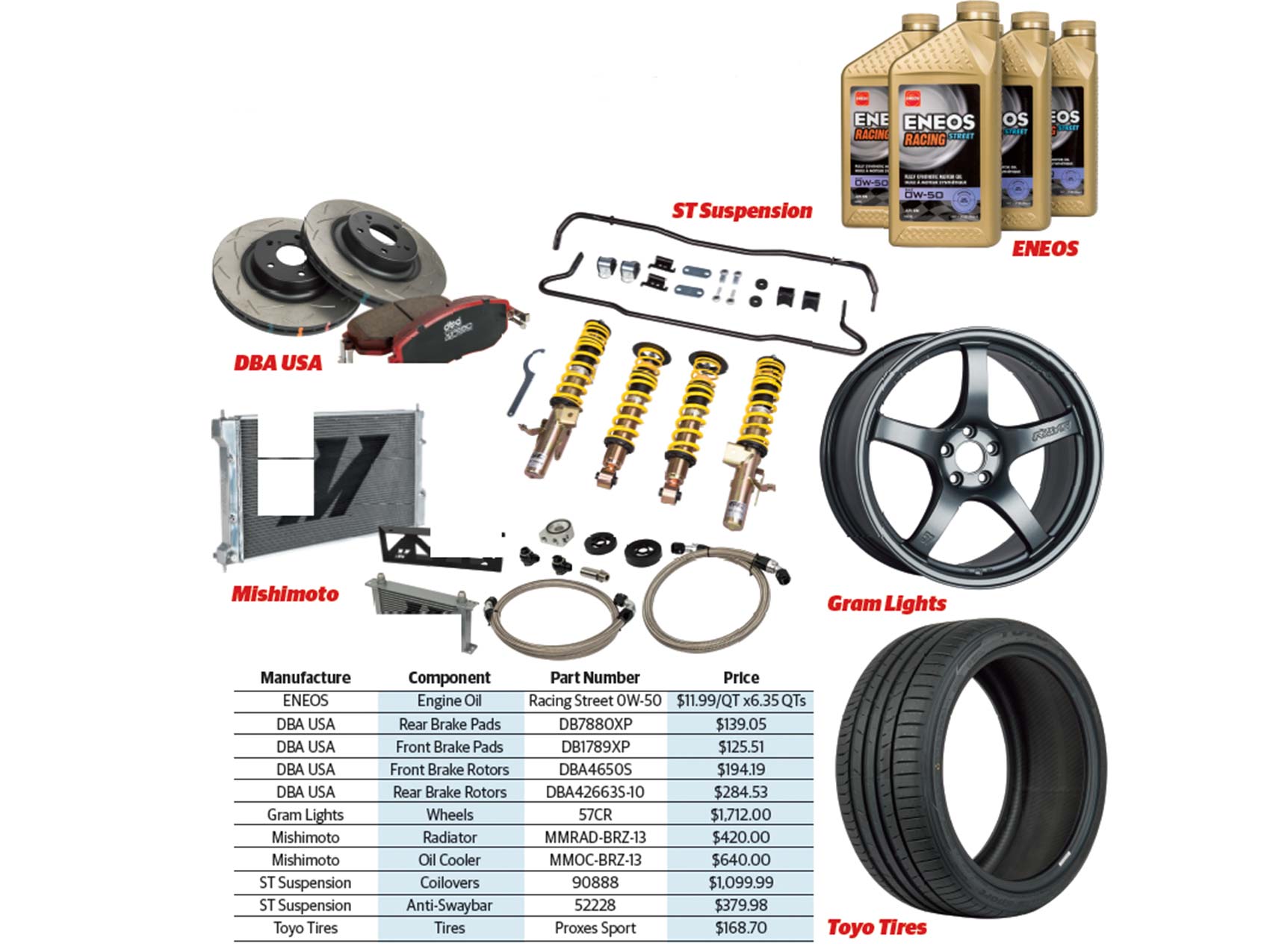 Each car was awarded points according to our scoring system. The system consists of four categories: Preparation (30 points), Dyno (100 points), Street (40 points), and Track (90 points). The maximum possible points to score is 260 points. Each forced-induction system and its car were evaluated based on the difficulty of installation, the dyno numbers, the street drivability, and the track data. The forced-induction system with the most points becomes our 2018 DSPORT 86 Challenge winner. When selecting the best system for your application, do not rely solely on the total score. Each system offers different features that could be better suited for your needs. The highest score only reflects the highest numbers on the track and the dyno, but it doesn’t mean it will be your best personal choice. 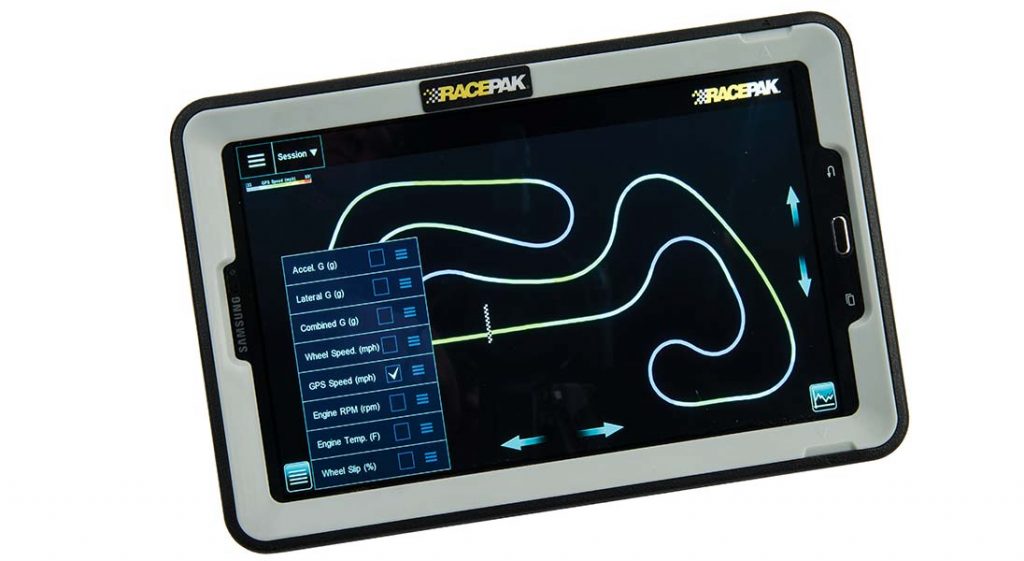 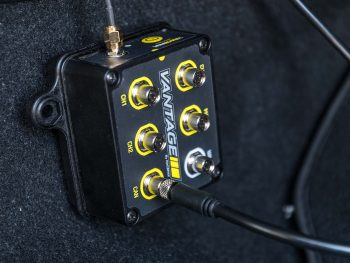 Gathering data for six cars on the track could get messy. For each car, we needed to capture lap times, best lap times, average lap times, and various sector times, all while keeping an eye on engine temperatures and other critical information that ensures the cars will not be harmed. We decided to use the Racepak Vantage CL1. This system allowed us to gather all of the data needed without having to turn to any other gauges or parts.

The Vantage CL1 is a data box that runs off the OBDII port and up to eight external sensor inputs. The box connects to any smartphone via Bluetooth. As the CL1 receives data from CAN, a GPS sensor, and other inputs, it broadcasts the information on the smartphone. The phone then converts it to readable information, displaying a wide range of data from lap times and GPS speed to critical ECU data.

Aside from displaying all of the data you need on your smartphone, it also turns it into a telemetry transmitter. The data is uploaded to the cloud in real-time. This allows the crew to display the speed, lap times, ECU data, and more from their own smartphones or tablets from just about anywhere. In our case, everyone standing track-side was on their phones watching live as the participating cars went around The Streets of Willow, while large TV screens displayed the same data in the media room at the track.

Driving on the race track requires no distractions. The last thing you want in the cabin is clutter and wires scattered everywhere. The Vantage CL1 shines when it comes to that. The only wire involved routes from the Data Box to the OBDII port. The smartphone can mount on the windshield or anywhere you want it to be without needing any connections. Once installation is complete, you simply boot your Racepak app, power the Data Box, and start racing. The kit comes with everything you need to start having fun for $654.50 and $9.99 per month or $99.99 annually for the cloud function. The simplicity of this product made tracking our data for the 86 Challenge a breeze. We equipped each vehicle with the Racepak Vantage CL1, and we just looked at the data later to score each vehicle. 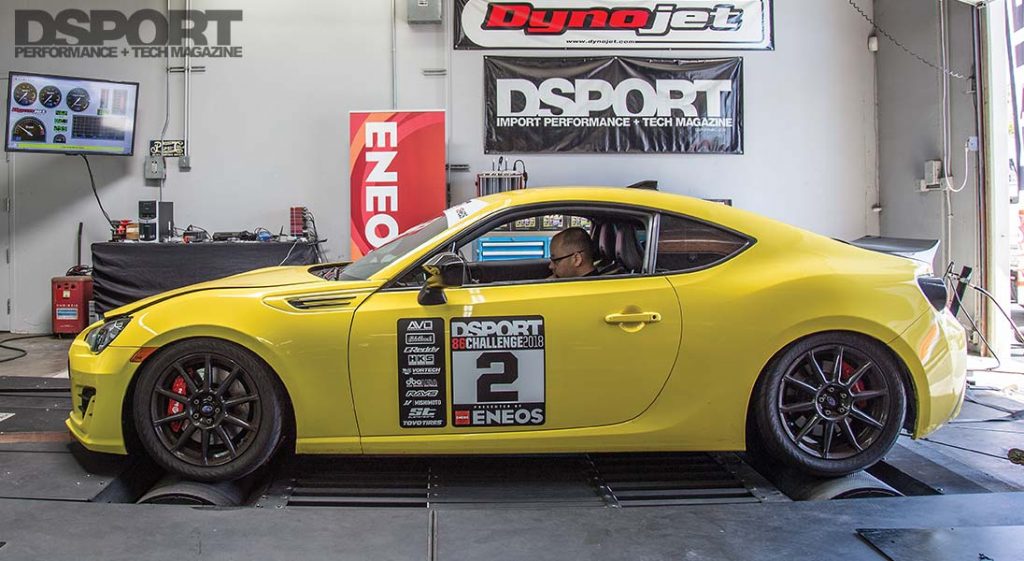