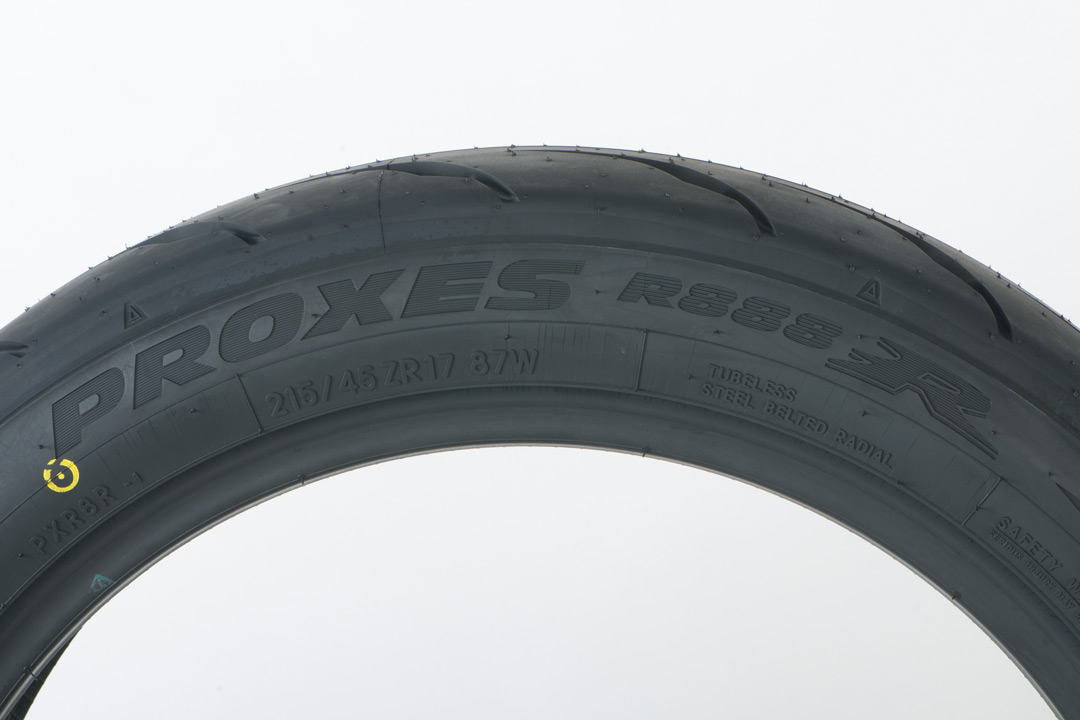 You can throw all the upgrades you want at any given car, but their effectiveness is limited by the rubber that holds the car to the ground. In the world of automotive performance and motorsports, tires are a sacred component. We wear through them quickly, we always want more, and there are way too many options in the market to keep track of. However, tires are becoming more advanced in different specialties of use such as off-road, daily driving in winter or summer, or various forms of motorsport. In road racing and street performance, Toyo holds a massive presence with its Proxes lineup of tires. In this lineup, you’ll find full-slick racing tires, DOT competition tires, and extreme performance all-season and summer tires. In the more recent D’Garage articles revolving around the 2016 Mazda MX-5 Miata, we utilized the popular Toyo Proxes R1R tires with great success. Now that the brand’s long-awaited Proxes R888R design has reached the United States, we mounted a set to the MX-5 for a few hundred miles of testing on the street and on the race track. 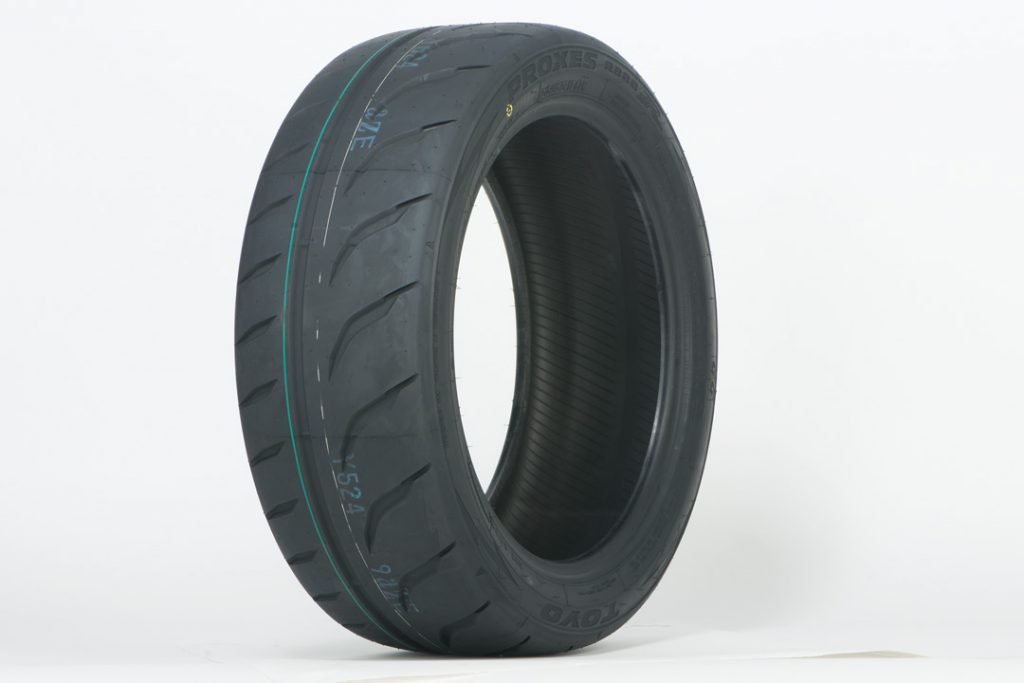 Toyo Tires’ successor to the Proxes R888, the Proxes R888R, aims to improve grip and responsiveness for the hardcore enthusiasts and racers that require a street-legal, DOT tire. Its redesigned, asymmetrical tread pattern utilizes large tread blocks on the outside for better cornering and a water evacuation channel to help maintain grip in damp conditions. Carrying a 100 AA A UTQG rating, the R888R intends to build heat quickly for maximum adhesion to the road surface. In turn, this tread rating mixed with approximately 6/32″ tread depth and an aggressive tread design likely wouldn’t fare as well in wet weather, as this tire is meant to shine in dry conditions on the race track. So that’s exactly how I tested it.

After logging more than 1,000 miles on the Proxes R1R tires, we mounted a set of 215/45R17 Proxes R888R rubber to the D’Garage ND MX-5’s Yokohama Advan RZII wheels. The fitment over the 17- x 7.5-inch wheels was perfect, and fit under the fenders nicely with a mild lowering done with the help of the Öhlins Road & Track coilovers. Toyo Tires recommends approximately -1 to -3 degrees of camber, 160 to 220 degrees Fahrenheit operating temperature and 32 to 38 psi tire pressures when hot. Following these recommendations, the MX-5 ran with -2 degrees of camber at all four wheels and started the track sessions with 29 to 30 psi of pressure, depending on track conditions. 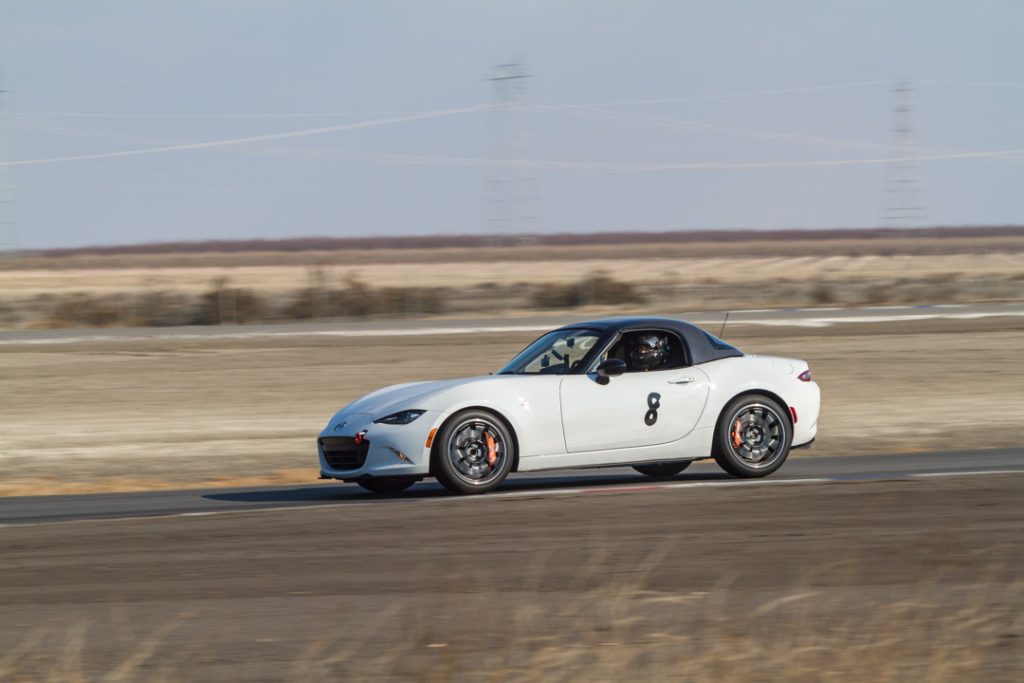 It only took about half a lap for the grip to start coming in, another lap later and the tires were well within their operating temperature range. With the tires hot and functioning at full capacity, the only difficulty in driving the car was finding its limits. The R888R tires stuck to the ground hard, carrying the car around corners with 1.2 to 1.3 sustained g in the faster areas. Many types of racing tires like to adhere to the road with incredible force, but let go all at once when their limits are exceeded. The R888Rs, however, provided ample feedback through the car and to the wheel to let me know when they had enough. As they would begin to break loose, they let out a gentle howl and made any instances of oversteer gradual enough to provide plenty of time to make corrections. The soft compound and aggressive tread blocks aided in the car’s responsiveness and lateral grip, though there was a small tendency for the tires to float into corners now and again, as if they were rolling on softer sidewalls. Nevertheless, its handling characteristics and grip levels overshadowed this by a long shot. 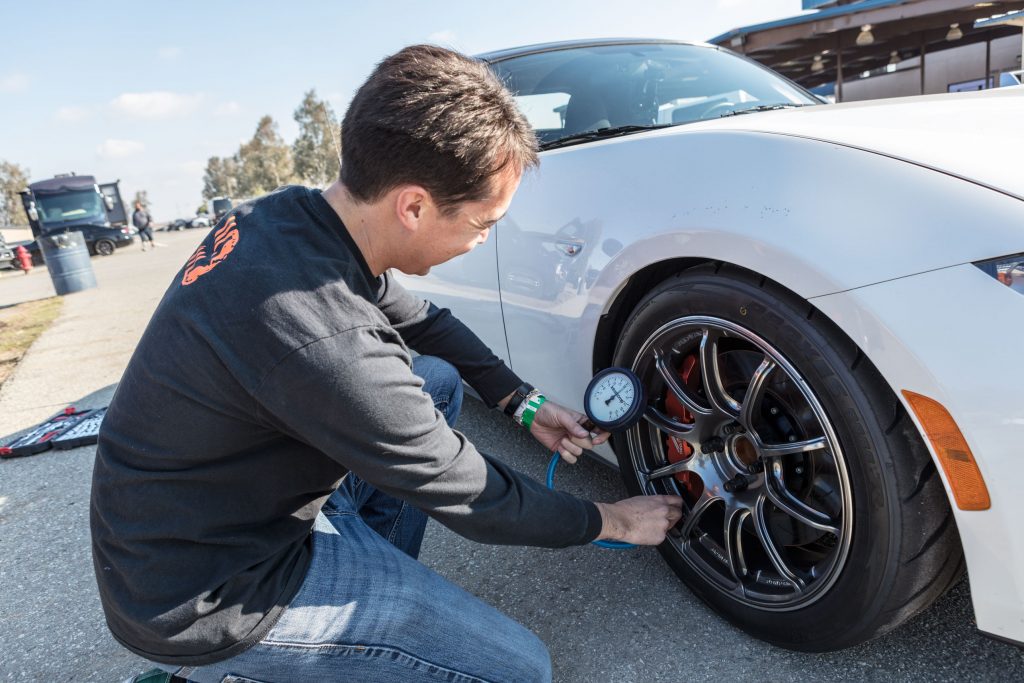 In terms of performance, a better performing tire usually means it is also has a limited lifespan. Although I didn’t get anywhere close to wearing the R888R rubber down to the cord, they did have to endure through three on-track sessions, and thus three heat cycles. Not only did the tires still maintain their durometer readings in the high 40s and near-new look, but they also allowed me to pull off a best lap time of the day for the car during the final session. So far, it looks like the tires still have more than a few useful heat cycles left in them.

The drive back to the DSPORT headquarters from Buttonwillow Raceway is approximately 170 miles, and the R888Rs accompanied me for the entire trip back. There’s no need to kid ourselves, these tires belong on the race track. The whirring noise of knobby off-road tires is present at nearly all city and highway driving speeds, though it is quieted down compared to the previous model tire. On the other hand, a few giant boxes that had fallen onto the middle lanes of Interstate 5 set out to further prove the capabilities of the R888R tires, as I had to check my surroundings and throw the car into the next lane in a matter of what felt like milliseconds. As scary as this was, this dodge move was effortless compared to how many other cars may have handled the situation. 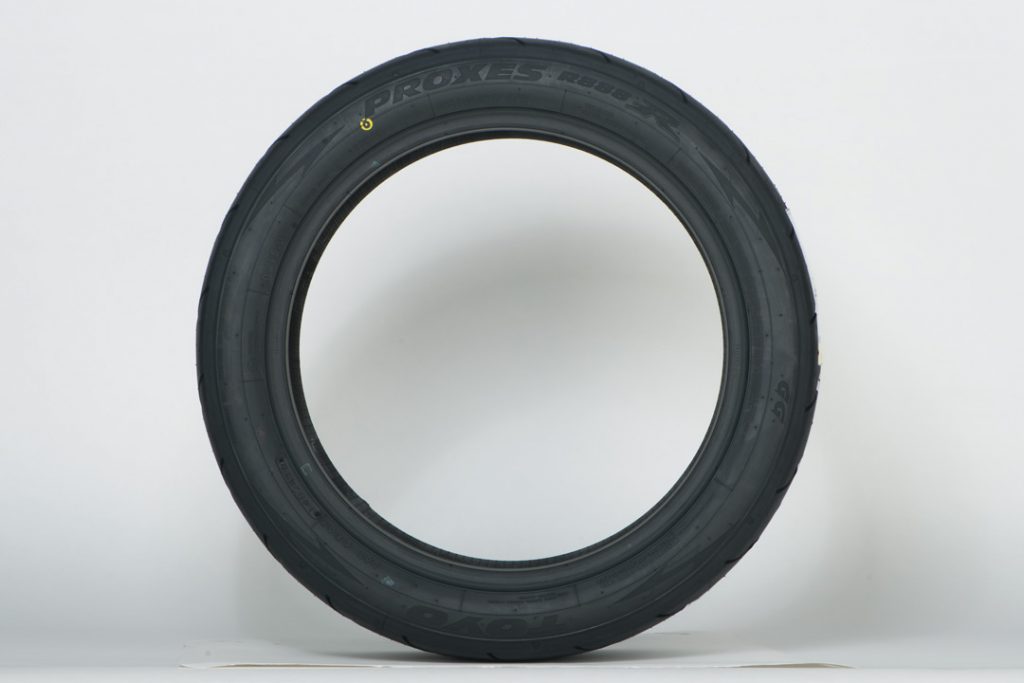 Toyo Tires’ Proxes R888R enters the market as the upgrade replacement for the R888 model tire, and it does its job to outdo the previous generation in almost every way. Although still noisy, the R888R produces a lower volume whir, especially for a DOT-spec competition tire. I took the car through the city streets during a particularly rainy period a few days after the initial test, when the MX-5 managed to spin the rear wheels in second gear (a very rare thing to happen for any Miata), but the tires mostly behaved as long as I kept my right foot under control. As for driving in dry conditions on a racing surface, the R888R tires deliver outstanding grip and feedback that remains consistent through multiple heat cycles. Despite a small amount of floating on turn-in, the tires were plenty responsive to remain predictable and high performing in a track environment. These tires are not for the faint of heart. The harder you push them on track (with the right setup), the better they perform. If your plan for a day at the race track is to tease your car’s limits and shoot for lap times, with the ability to take you home and back again for the next one, the Proxes R888Rs may need to be your next upgrade.
On December 23, 2016