Some ask, “why? while others ask, ”Why not?” While there are those who have paved the way with parts combinations that have been tested and proven, there are others who explore unconventional solutions to achieve the same results or better. Sometimes a builder chooses the less popular conventions to see what happens. Others assemble a car using off the wall components just to prove that it can be done. Text and Photos by Richard Fong 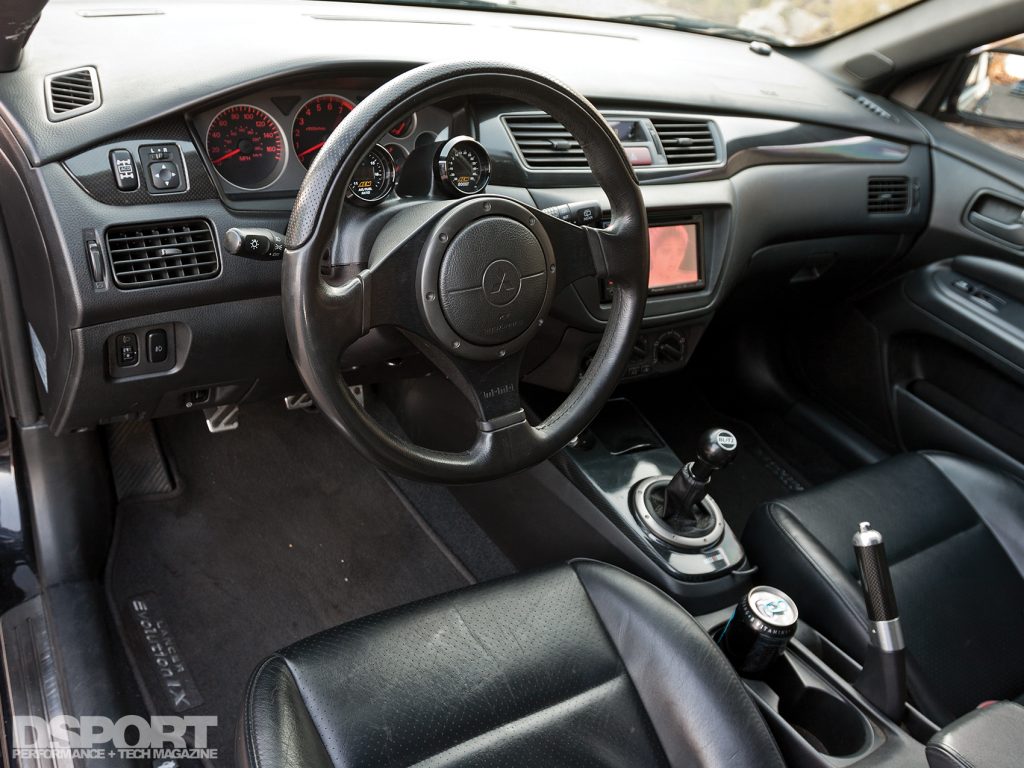 In the case of Force-Fed Performance, owner Justin Miller wanted to demonstrate that there was more than one recipe for a high-powered street EVO. He stated, “Seven years ago, people told me I was crazy for running methanol and a GT35R turbocharger to make 568 whp from a stock 4G63 block, yet this is not so shocking today. They also asked why I would run such a large turbocharger and comprehensive fuel delivery system on a streetcar. I did it simply to show that a crazy setup making power could still be made usable on the street.” As technology and techniques have evolved, the performance bar has been raised in turn. Miller thought of a new plan and took aim at loftier goals. With his 2006 Mitsubishi Evolution IX serving as the foundation, he set in motion a plan to reach 800 wheel horsepower. 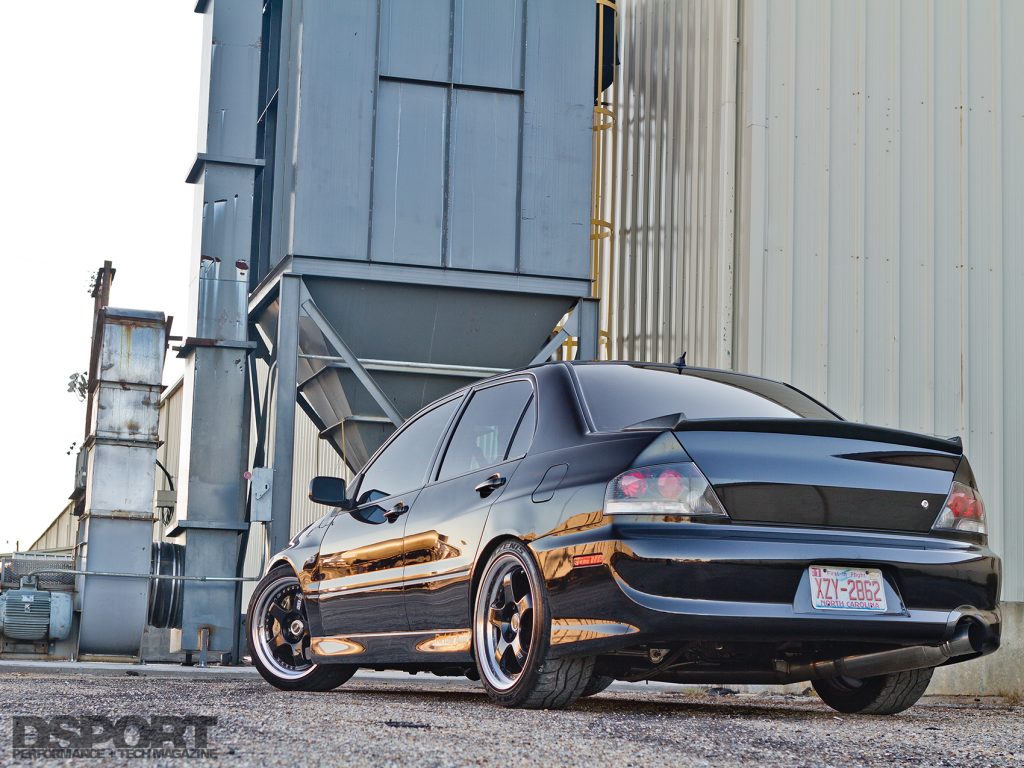 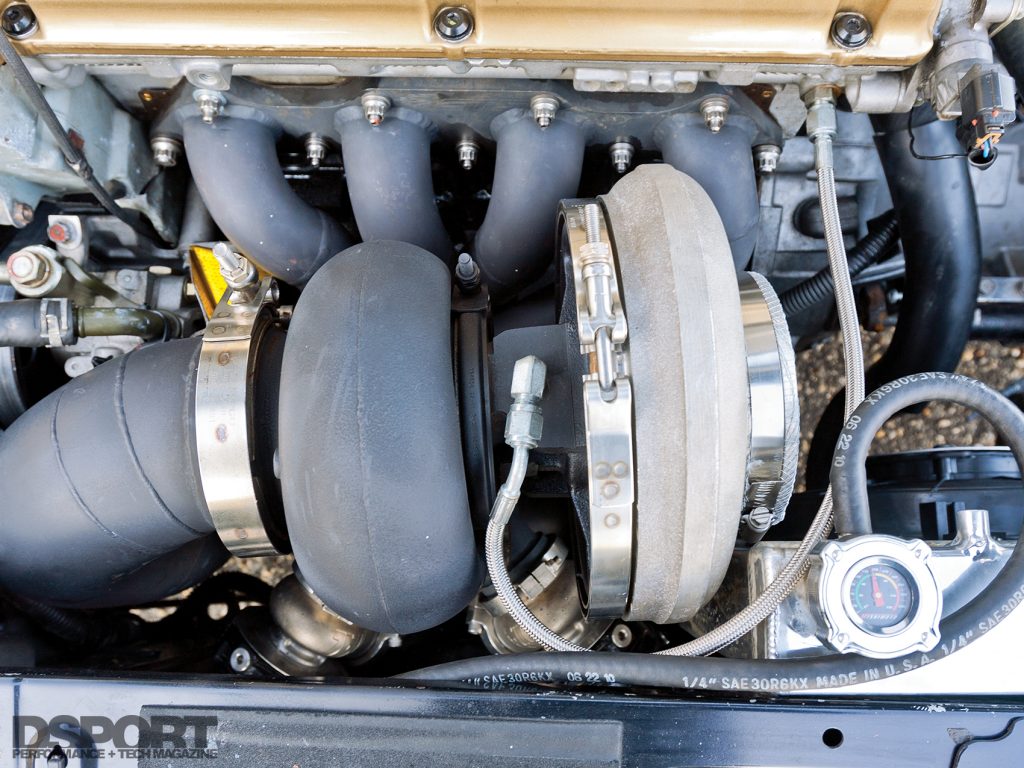 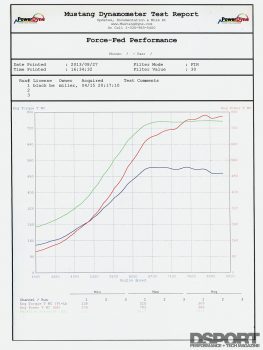 With the engine side of the equation complete, attention shifted to fuel delivery and engine management. Although Miller used to favor methanol, the performance, availability and cost of E85 made it his new fuel of choice. But, like methanol, E85’s hydrophilic properties make it just as corrosive and its similar specific energy require specialized fuel components for proper and reliable function. To that end, Miller and his team at Force-Fed laid out a custom fuel system to accommodate E85. The factory fuel tank was specially modified with sumps on each side of the tank to ensure an uninterrupted supply of fuel to the variable-speed Fuelab Prodigy 42401 fuel pump. The pump’s speed is regulated by the Haltech Platinum Sport 2000 engine management system, which also regulates the duty cycle of four Fuel Injector Clinic 2,150 cc/min injectors. Force-Fed’s resident tuner Babi Berrios dialed in the fuel and ignition timing while progressively increasing the boost pressure. At a staggering peak boost of 50 psi, the EVO spun the rollers of a Mustang AWD Dynamometer to 783 horsepower and 525 lb-ft torque. Compared to a stock EVO on this same dynamometer, this is a relative improvement of 240 percent. 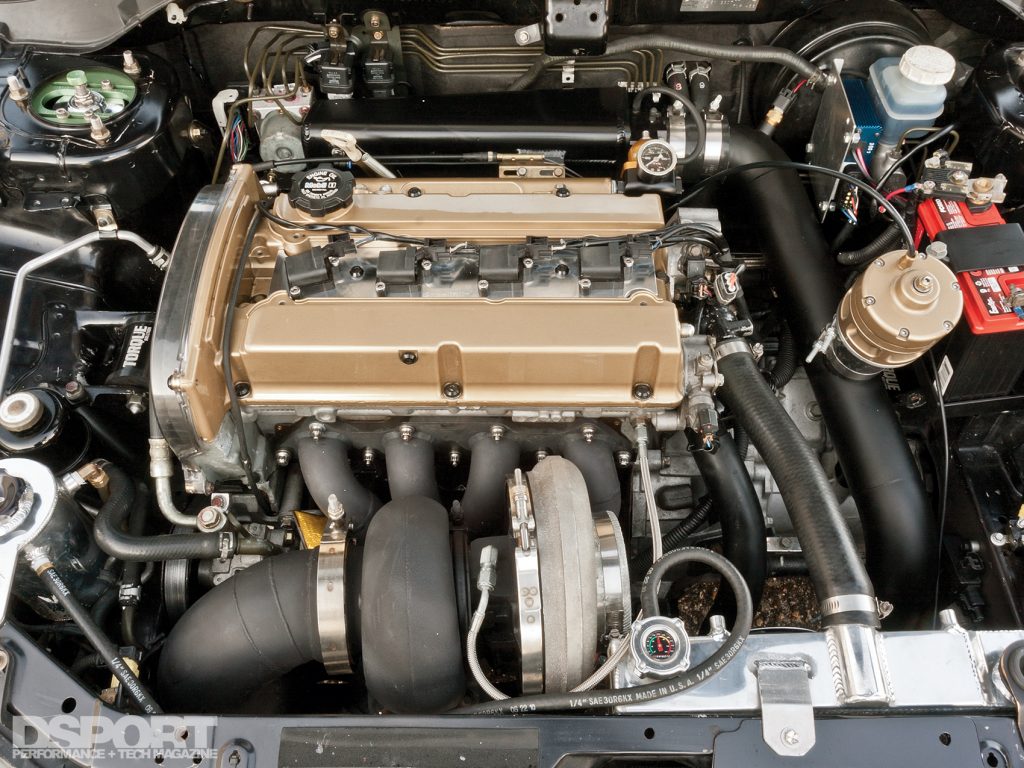 Taking the appropriate step to ensure that the EVO could sustain the increased horsepower and torque being applied to the driveline, Miller relied on his experience to address the weak links. He sent the transmission to John Shepherd at Shepherd transmissions to be fortified with REM treated gears and fresh ancillary components. A billet side cover strengthens the transfer case, reduces flex and reduces the necessary bearing preload for improved bearing longevity. At the back, a TRE 12-disc Max Lock limited-slip differential ensures that the rear wheels receive an equal amount of torque to apply to the pavement. Confident that power could be delivered reliably, Miller chose an Exedy triple plate clutch to transfer power from the crankshaft to the driveline. 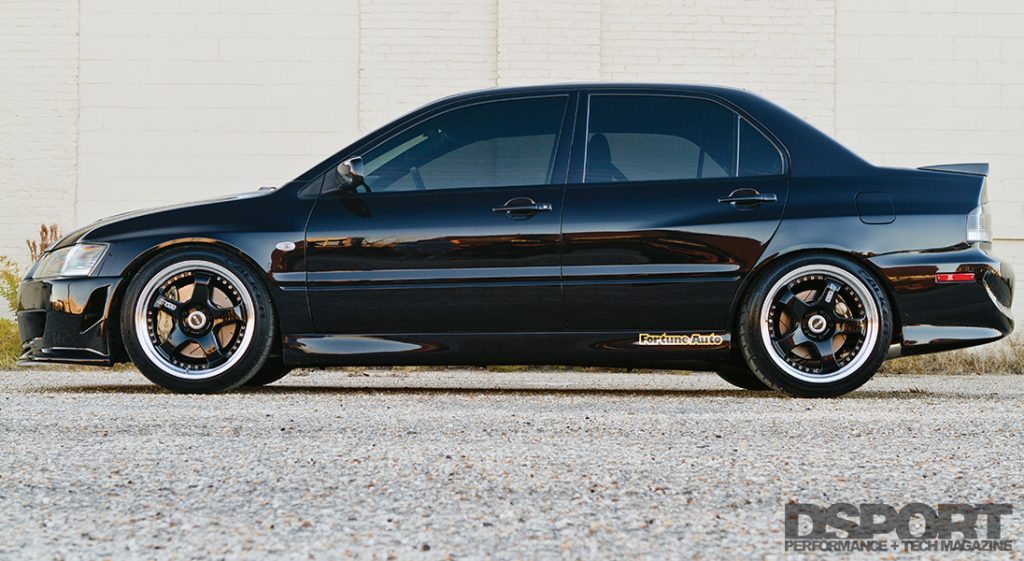 There’s no greater satisfaction than seeing a build through to completion. Producing a street- going machine of this caliber, construction and performance made the effort all the more worthwhile. Miller concluded, “The best part of the build was when it was finally completed and hit the dyno, it blew people away. We showed that all the crazy ideas not only worked, but in some cases were better than stock and superior to other popular aftermarket solutions. Like any build, we’ve had our ups and downs with this project. You sometimes have to expect blown gaskets and blown hoses when it hits high boost. It just comes with the territory. Everything we did was with a purpose. If we did anything differently, we would be just like everyone else, and that would be boring.” Although this EVO IX build won’t stop people from asking the question, “Why?”, it demonstrates that there are plenty of reasons to ask, “Why not?” 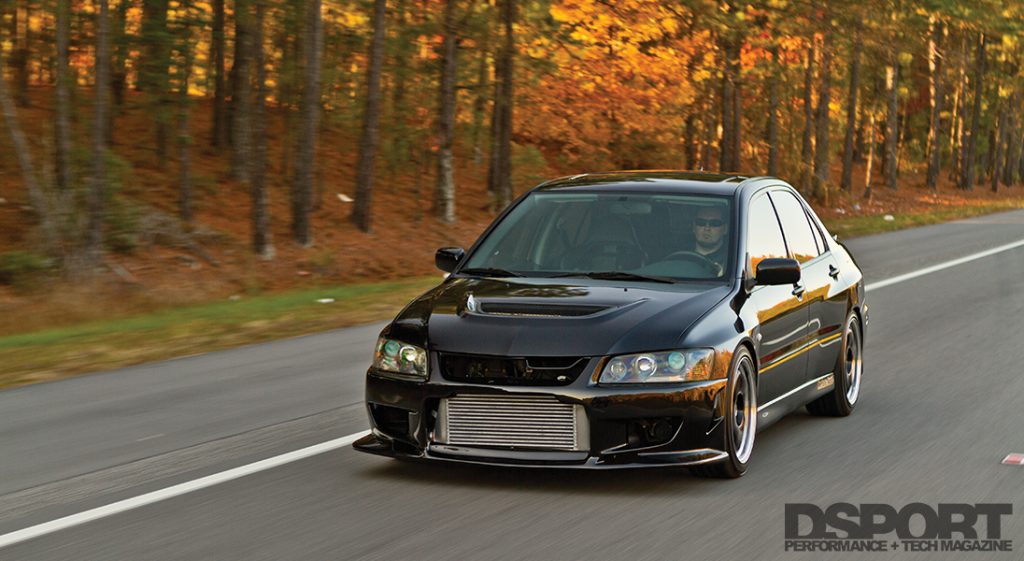