Starting with the engine, Casas upgraded the K20 mill to its bigger brother, the K24A2. With a 1mm larger bore and 13mm longer stroke, the K24 features a near 18-percent increase in displacement. Furthermore, the increased stroke lends to torque production, which complements an all-wheel driveline well. The block received a set of RS Machine ductile-iron sleeves to handle the higher cylinder pressures that they would soon be subjected to. Once honed, Casas filled the cylinders with 10.0-to-1 compression CP Pistons. Manley Turbo Tuff connecting rods join the pistons to the polished factory 99mm crankshaft. Once the shortblock was assembled, attention shifted to the cylinder head. Casas ported and polished the higher flowing K20A2 i-VTEC cylinder head before fitting it with Supertech valves and BC Brian Crower springs and titanium retainers. A set of Brian Crower Stage 3 camshafts provides the valve lift for the now higher flowing cylinder head. The built cylinder head rejoined the shortblock with ARP head studs providing the clamping force to contain increased cylinder pressures. 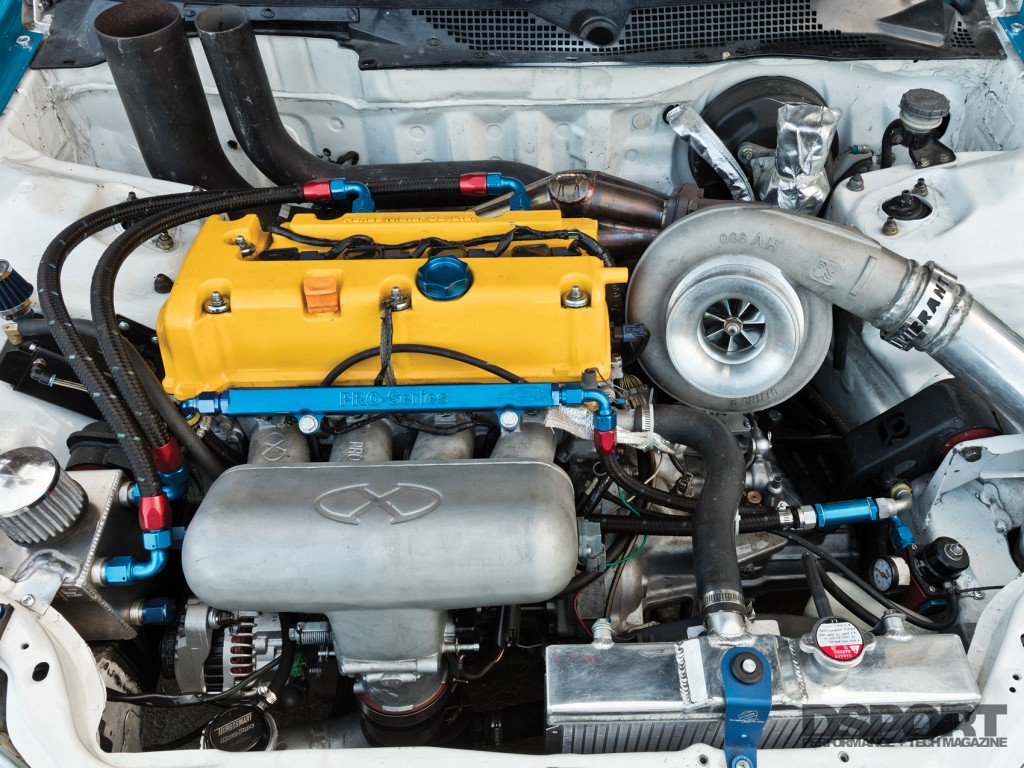 At first glance, the Civic appears to have an average K-series engine swap 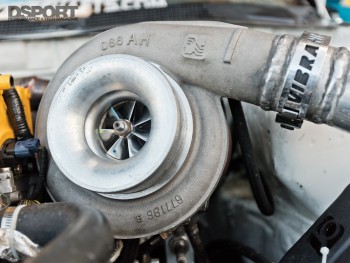 After finishing the block assembly, Casas focused on boost production. He chose a BorgWarner S400SX3 turbocharger for the duty. Given the limited space between the engine and the firewall, a Sheepy Built sidewinder-style exhaust manifold positions the large, T4-sized turbocharger to the driver’s side of the block. A short exhaust tube and an external wastegate dump tube point out through the hood. The turbo’s compressor feeds pressurized air through a Full-Race Motorsports intercooler on the way to the Xcessive Manufacturing intake manifold. As the air charge flows down each of the intake runners, Injector Dynamics ID2000 injectors spray VP Racing C16 race fuel into the intake ports. The injectors rely on a Hondata K-Pro Engine Management system to regulate fuel delivery. In the hands of LDL Speed Shop in Las Vegas, the K-Pro was calibrated and the boost dialed up. At a peak boost pressure of 30 psi, the Civic spun the rollers of a Mustang AWD dynamometer to the tune of 717 horsepower and 498 lb- torque. 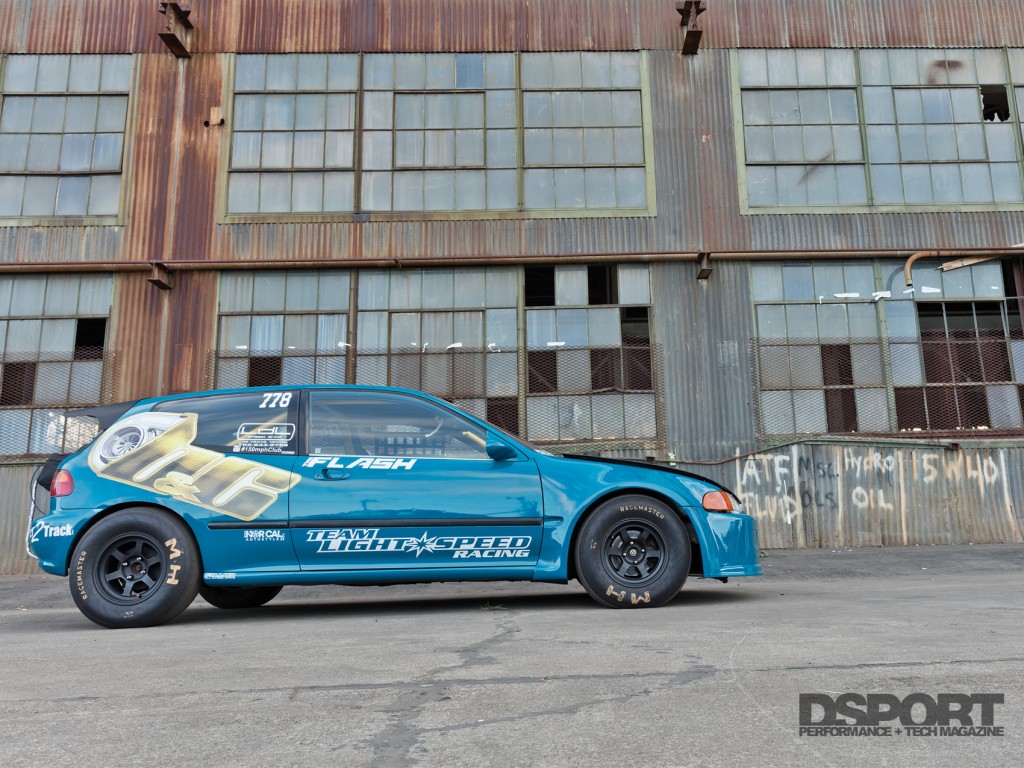 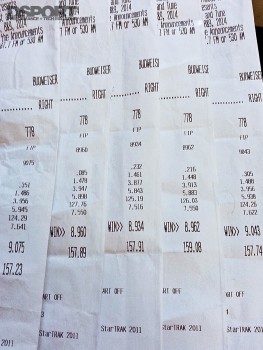 Although Casas isn’t making over 1,000 horsepower or running 26-inch slicks, his build demonstrates how all-wheel drive could help with traction efficiency and quite capably deliver impressive performance. Starting o in the 11-second range, Casas made refinements over time, constantly shaving time from each pass. He finally broke into the eight-second realm on February 15, 2015 at Famoso Raceway in Bakersfield, California. His best slip of the day was an 8.93-second pass at 157 mph, an accomplishment he had worked hard to achieve.

Casas has elevated his Civic quite a way since he spun his wheels and lost that race. In addition to running an 8-second pass, he had taken first place in the Forced Induction Pro class at Bakersfield and first place in the ATP Turbo Class at Sacramento. As he basks in the light of his achievement, he has not stalled out in the quest to further improve his EG. Rather, he has plans to upgrade the differentials and improve the driveline to handle more power. Ironically, when asked if he would do this project again, Casas emphatically stated that he would rather not, but if he did, he’d be sure to strengthen the driveline and axles first. Even so, he returns to the track with regularity, making changes and improvements as he looks for quicker times, just as a competitor would. 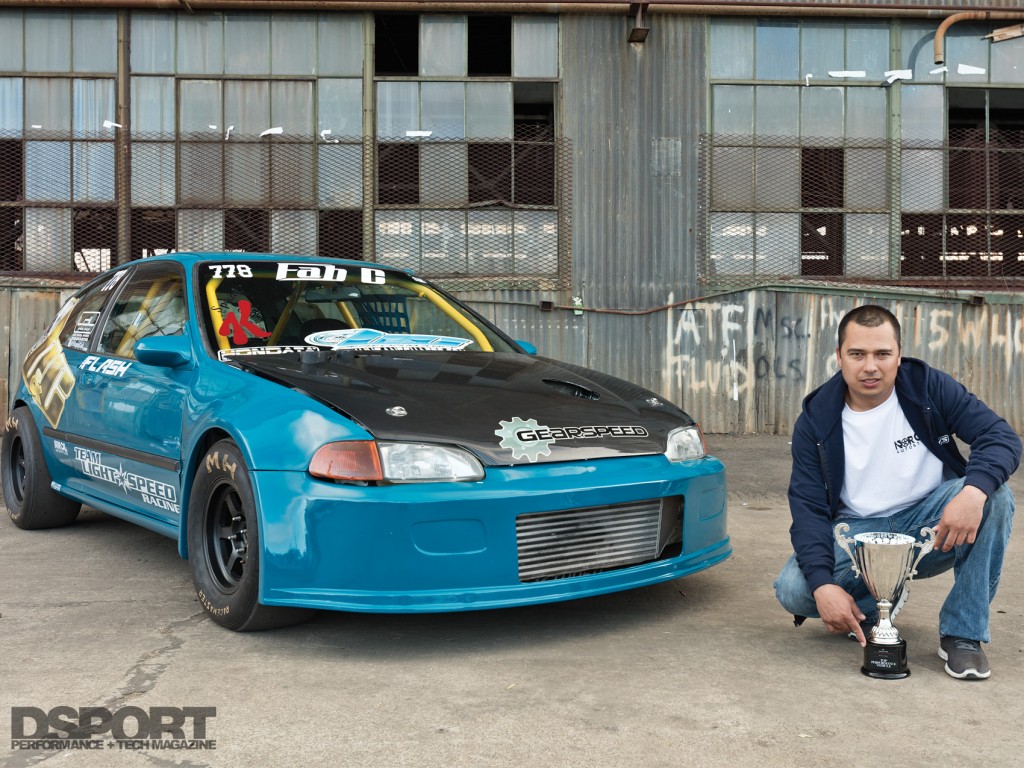