Building an international presence lends to credibility building a championship racecar solidifies it. Over the course of the last 15 years in business, Altechno Racing has established a foothold in both Moscow and Dubai through more than 150 vehicle builds and in excess of 55 awards. In addition to an impressive resume, Altechno’s efforts in drag racing has landed it among the world’s top seven GT-Rs. Photos Courtesy of Altechno Racing 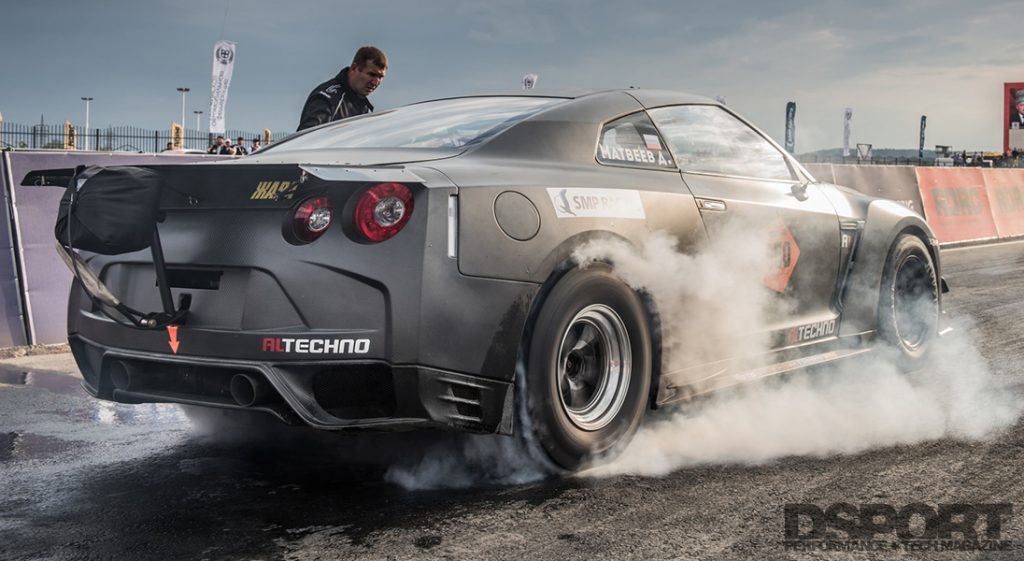 Alexei Briginevich opened Altechno Racing in 2001. Like Briginevich, his staff shares a passion for cars, power and speed. Believing in the trickle down effect, Altechno Racing applies the knowledge gained from racing and motorsports to its customers’ street and race projects. 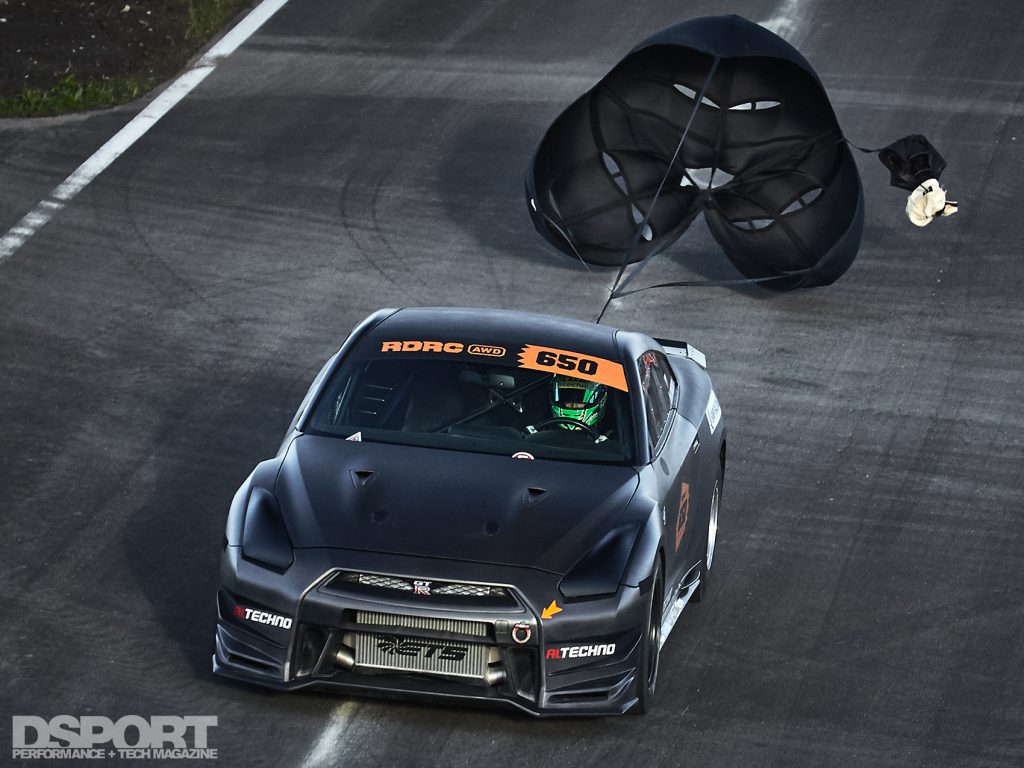 One such client is Dmitry Matveev, the owner and driver of the R35 GT-R that became known as Altechno A1. Matveev developed a relationship with Altechno Racing at the end of 2012. They discussed plans to build his GT-R as a fast street project that could run competitively at local drag racing events and the popular Unlim 500 1-mile races in Russia. 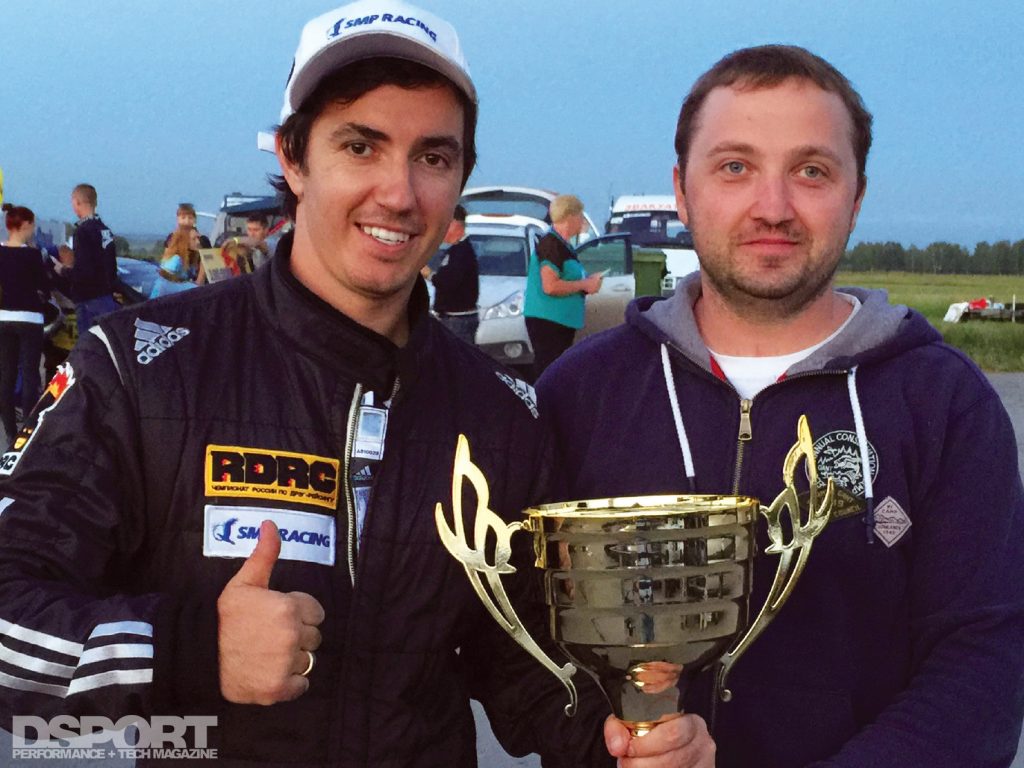 In addition to increasing output, reducing the weight from the 3,800 lbs. chassis was also an early priority. Thanks to a painstaking weight reduction effort by Altechno Racing, along with a 33-piece carbon-fiber JDM Overtake aero kit, the Altechno A1 soon weighed in at a scant 3,344 lbs. At the time, this was only the second Overtake kit ever made, and production issues stretched the delivery time of the kit over the course of 2013. Nonetheless, this significant weight loss proved effective at the drag strip and worth the wait, as the Altechno A1 dominated in its class at all local drag racing events. 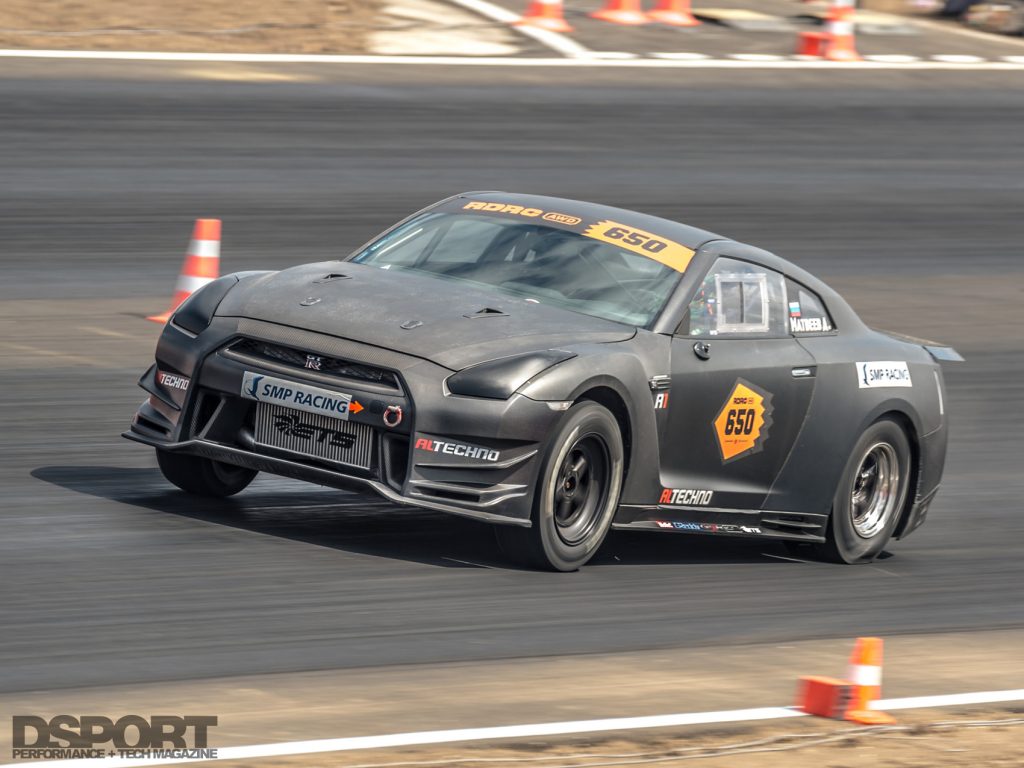 Not long after, Matveev decided to compete in the Russian Drag Racing Championship (RDRC.) With the RDRC rulebook in hand, the GT-R returned to Altechno Racing to increase performance while following RDRC specifications for the AWD class. Aiming for nothing less than the top spot on the podium, Matveev and Altechno Racing formed a partnership. This alliance established Matveev and his R35 as Altechno Racing’s ambassador, while the shop built and supported the GT-R throughout the race season. 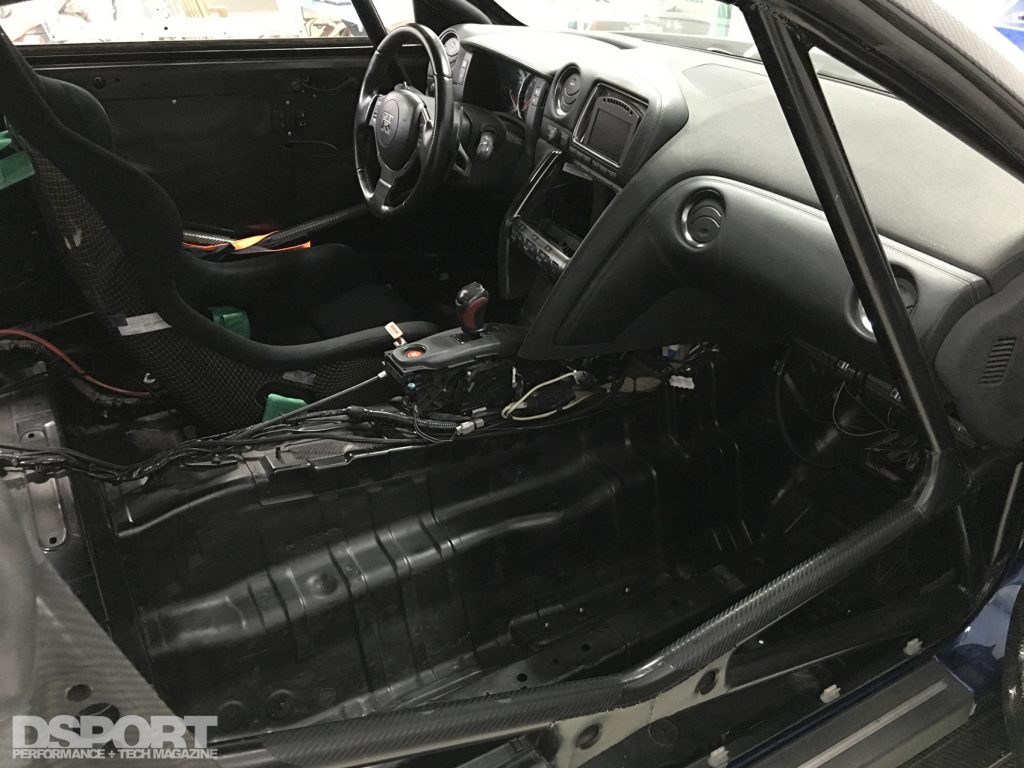 The installation of a FIA-spec roll cage by UK Custom Cages kicked off the wave of modifications, while the stroked engine that once powered this GT-R was brought down from 4.0-liters to the factory displacement. Briginevich reasoned, “Increasing the engine capacity by using a stroker crank proved ideal for street driving and quick response. Unfortunately, it killed the top-end power needed in drag racing due to increased piston speeds and reduced engine efficiency at higher RPMs.” Thus, Altechno Racing filled the factory plasma-sprayed cylinders with custom JE Pistons. These slugs make the connection to a 88.4mm T1 Race Development forged crankshaft by way of Carrillo forged steel connecting rods. 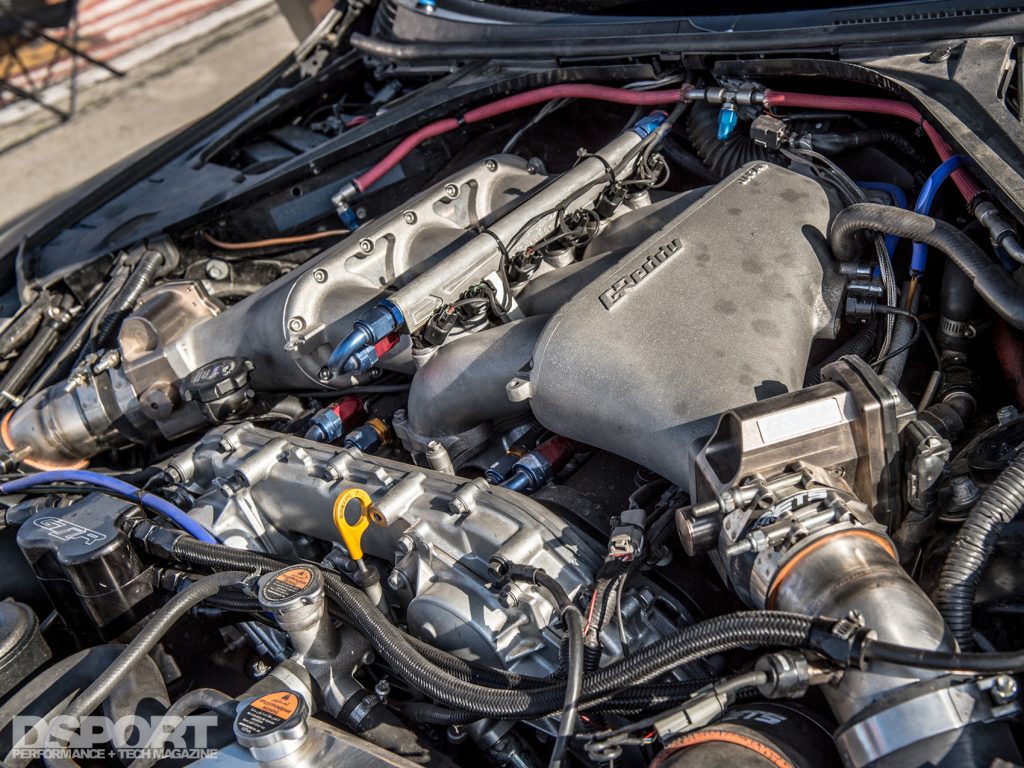 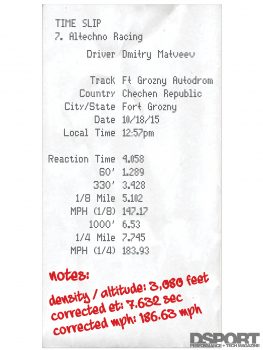 Boosting to the Top

After rebuilding the engine to 3.8-liters, focus shifted to boost production. The GT35 turbochargers were retired in favor of a pair of Forced Performance Super 99 turbochargers. To chill the increased boost, a new ETS race intercooler replaced the previous heat exchanger at the front behind the bumper cover. With this setup, the GT-R won the 2014 RDRC championship with Matveev at the wheel. With a refresh during the off season, the Altechno A1 returned for the 2015 championship, dominating in its class and winning 11 out of 12 races. At the Fort Grozny Autodrom in the Chechen Republic, the fifth and final stage of the RDRC 2015 season witnessed Matveev’s personal best pass of 7.745 seconds at 184 MPH. Set on October 18, 2015, this pass put Altechno Racing and Matveev among the top seven quickest GT-Rs in the quarter mile in the world. 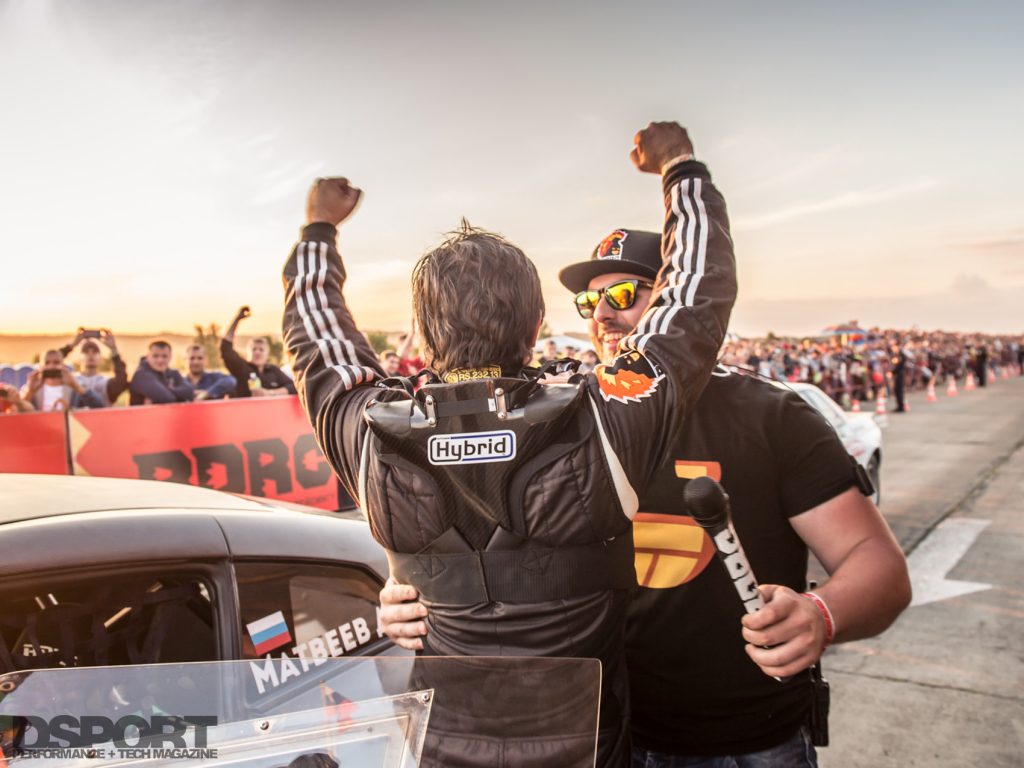 Of the top seven GT-Rs, the Altechno A1 has the lowest confirmed power output of 1,817 flywheel horsepower. Yet, it is also lightest of the group, coming in at 3,344 lbs. The Altechno GT-R makes no apologies as its focus on weight reduction was a major factor in its ability to run with the world’s quickest. According to Briginevich, “I think that emphasis on weight (from the beginning) permitted the car to not only to go into the 7’s but also to run more reliably during competition. Upgrading the turbochargers obviously made significant contributions to power production, but the supporting systems needed to be upgraded to keep up with the output. Proper suspension setup was also an essential factor that contributed to the Altechno A1’s performance.” During the 2016 RDRC race season, Matveev and Altechno Racing continue to defend their back-to-back RDRC championships. On the world stage, several teams have been running at the track and jockeying for position in the standings. Since the Altechno A1 already holds a weight advantage over the competition, some additional horsepower could elevate their position or move them to the top of the list. 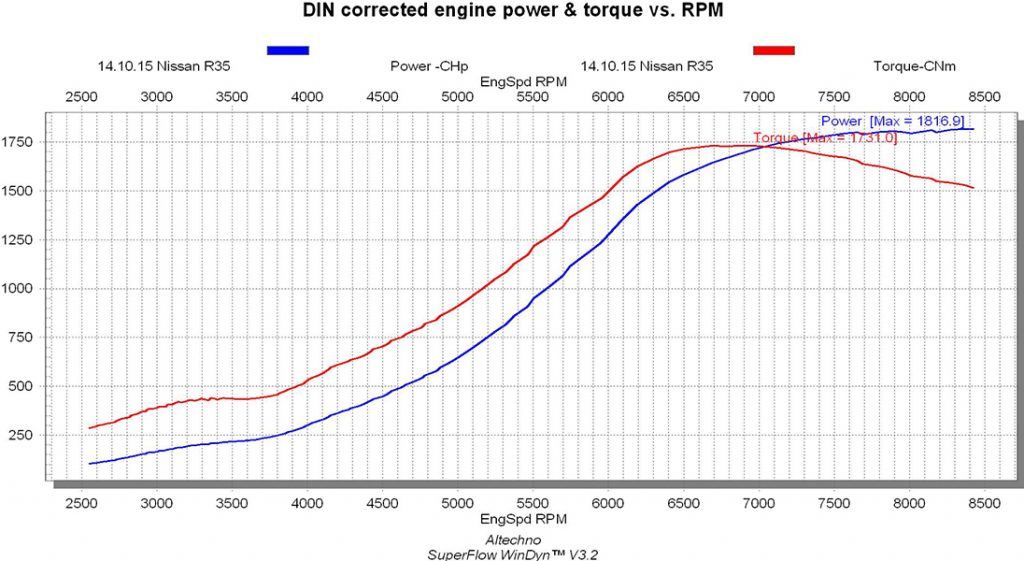 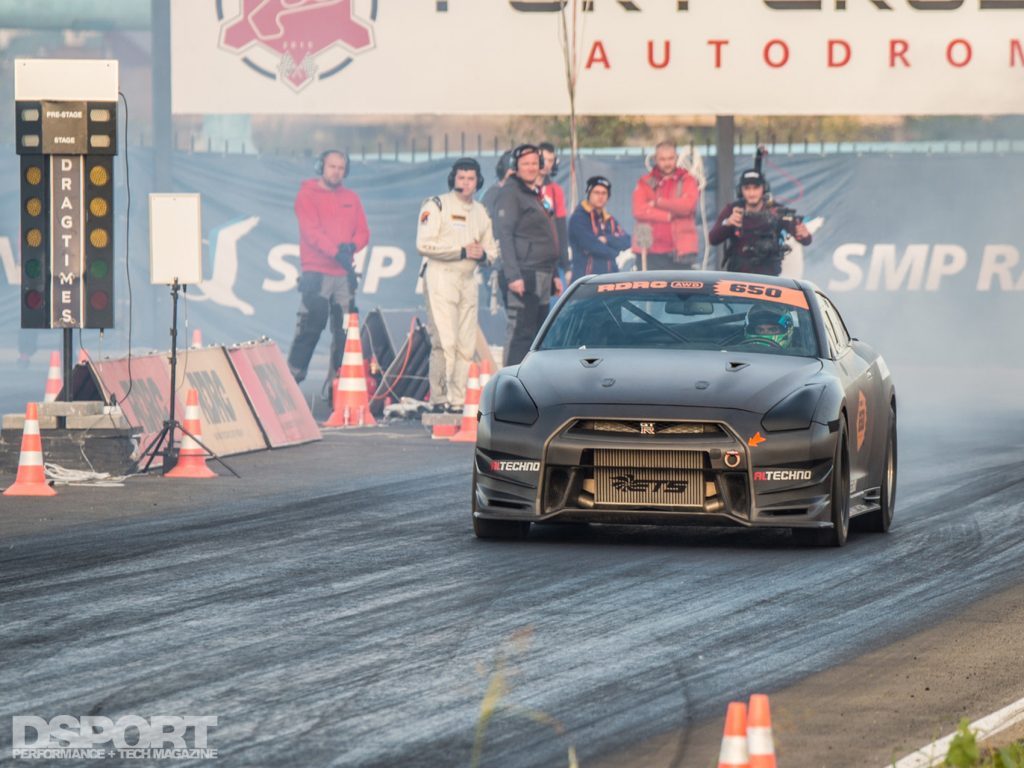