While Americans spent decades crying out loud as they watched other countries enjoy the Civic Type R, the Civic Si was the North American halo car for Honda. The United States’ first encounter with an “Si” badge was the year 1985, when the CRX Si arrived on our own soil delivering 91-horsepower from its 1.5-liter fuel-injected SOHC 4-cylinder engine. Throughout the years, the Si became the standard in Honda performance in North America, and in 2006, the eighth-generation Civic Si was introduced with a much needed makeover and a respectable power bump. The power bump was not enough for Orry Perce, however, and soon after getting his hands on his 2008 Honda Civic Si, the performance bug stung him and the rest was history. 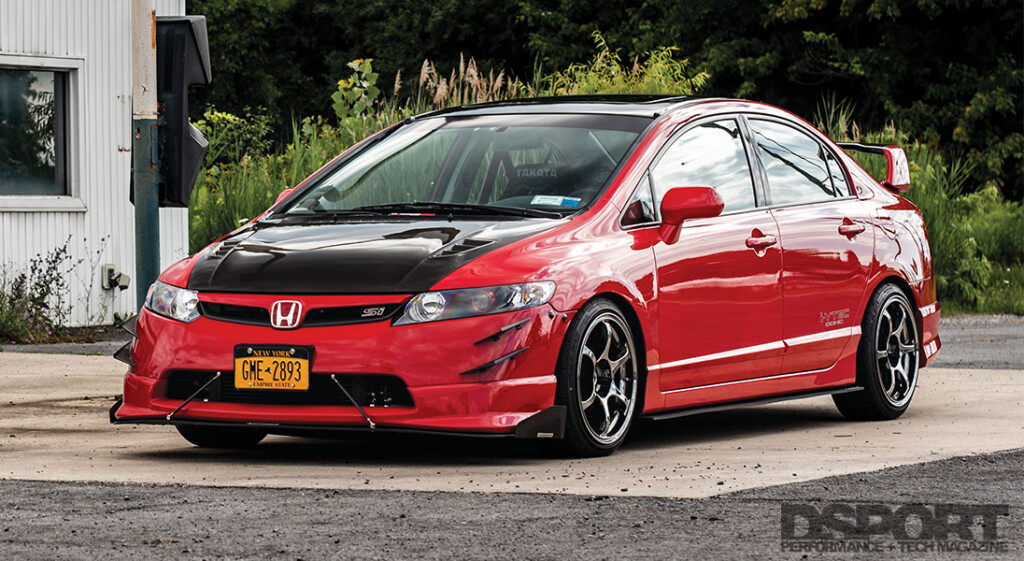 Out of the box, the FA5 Si gets its power from a 2.0-liter aluminum 4-cylinder 16-valve DOHC engine with i-VTEC. The K20Z3 engine delivers 197 horsepower at 7,800 RPM and 139 lb-ft of torque at 6,100 RPM with a redline of 8,000 RPM. The inline-4 works collaboratively with a 6-speed manual transmission and traction is enhanced using a Helical limited-slip differential. Coming from the EP3 Civic generation, the FA5 was sleeker, sharper, and all-around a better performer. This generation put an end to the hatchback and opened the door to a new world of performers carrying the Si badge. Today, the Si shares the spotlight with the Type R in America, but with tons of aftermarket support, the Si remains a capable and promising choice. 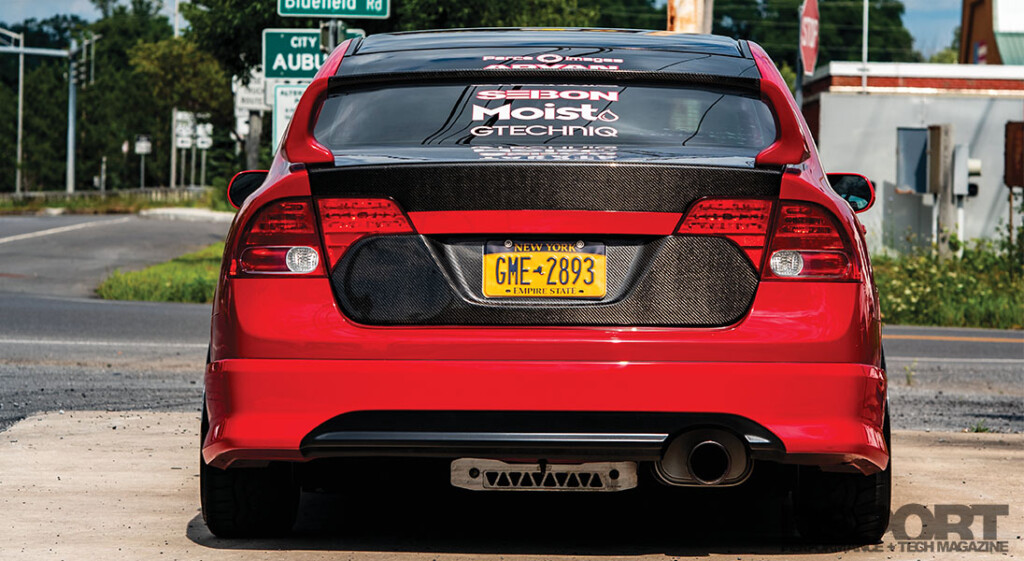 While searching for a reliable daily driver back in 2014, Orry Perce went from one dealer to the next experiencing the worst of each. After a quick search on his phone, an ad lured Orry to get in his car and drive to see this un-prepped, unwashed red Civic Si that was just traded-in. “I took it for a quick test drive and the rest was history,” said Orry Perce. Coming from a beat up, old 1998 Civic sedan, Orry loved this car right from the start. The original plan was to find a reliable daily-driver, and doubling up the stock power was not part of that plan. However, Orry hated the stock ECU tune, thanks to an extremely boring rev hang. “There was a lot of rev hang when shifting, and the car was extremely quiet,” said Orry. “This had to change.” The sale was complete and Perce started driving the car, but shortly after, things started shifting for him and he realized that sometimes plans are destined to be changed. 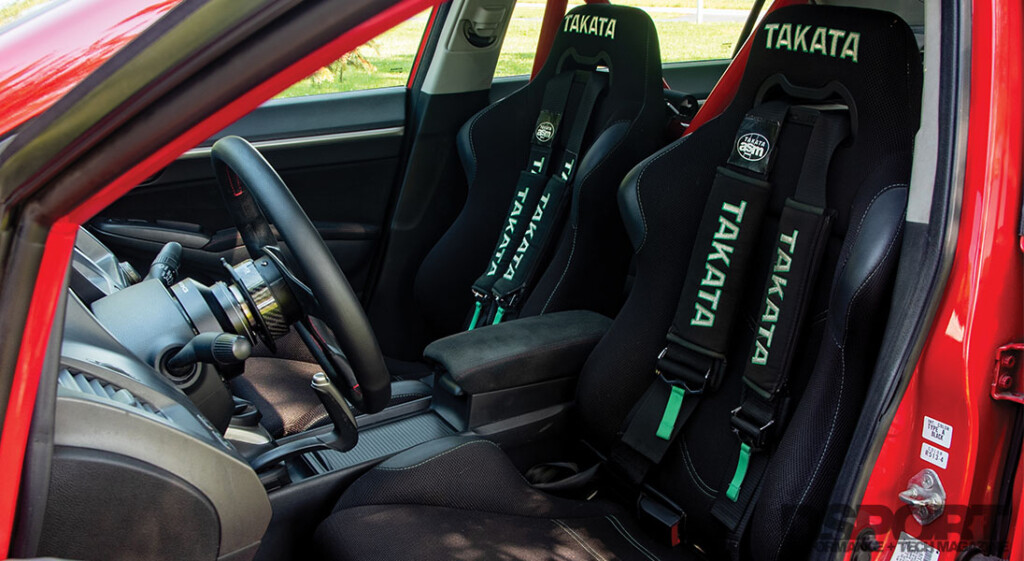 The original goal for Orry was to just drive the car, but after attending a few car shows, he started seeing the potential of the FA5 platform coupled with the K20Z3. “I got the bug to start modding it,” he said. It only took a year for Orry to turn his reliable daily-driver into, let’s say, not so daily anymore. “I can’t put it through the winters here in NY anymore.” While the plans switched quickly, it was just the start. The build is in constant evolution, from adding more and more carbon fiber parts, to pushing the limits in terms of performance. Starting from a clean slate, it was time Orry addressed his engine and explored the limitations of the K20Z3 platform. 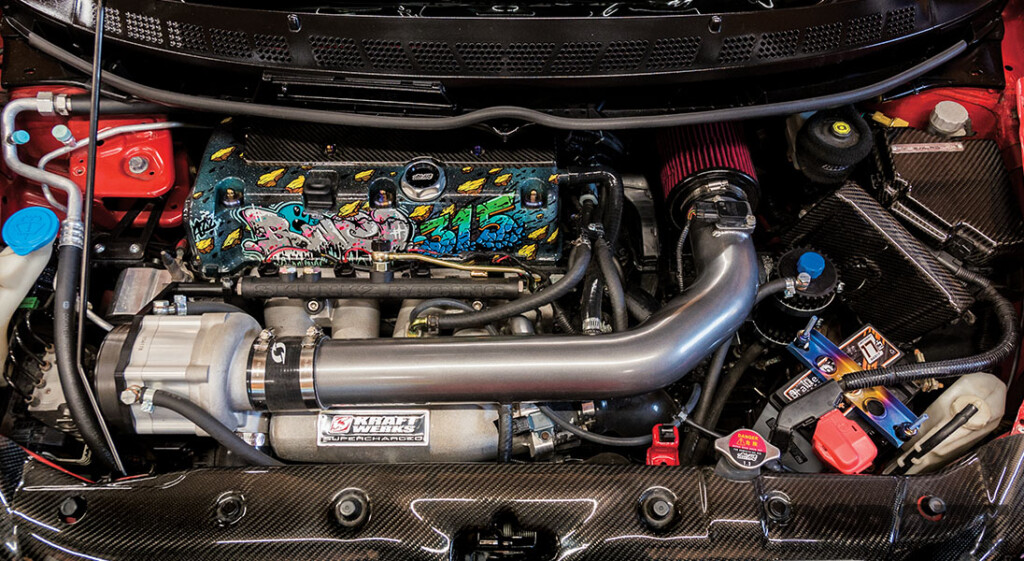 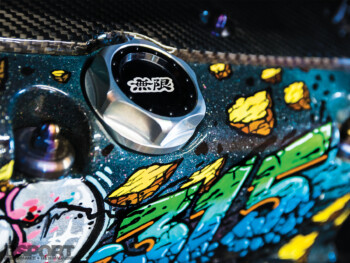 Keeping the stock displacement, Orry equipped his K20Z3 with a Kraftwerks supercharger to get to that next level in power. A Walbro 255 fuel pump feeds 1000cc Grams fuel injectors with 93-octane fuel to fine tune the air/fuel ratio. Tuned through a Hondata FlashPro, Orry Perce’s Honda Civic Si delivered 390whp at 8,400 RPM and 258 lb-ft of torque at 8,400 RPM when running at 12.8 psi of boost. With the added power and smooth dyno curves, Orry turned to the suspension with Tein coilovers and BWR lower rear subframe brace so he’s able to put this power to good use around corners. To keep the chassis rigidity stiff around these corners, an Autopower roll bar was installed. “What makes my car stand out from others is the fact that I stayed with the HFP USDM look but added to it,” said Orry. With the car making power and looking right, it was time Perce emerged himself in the scene and hit up some car shows. 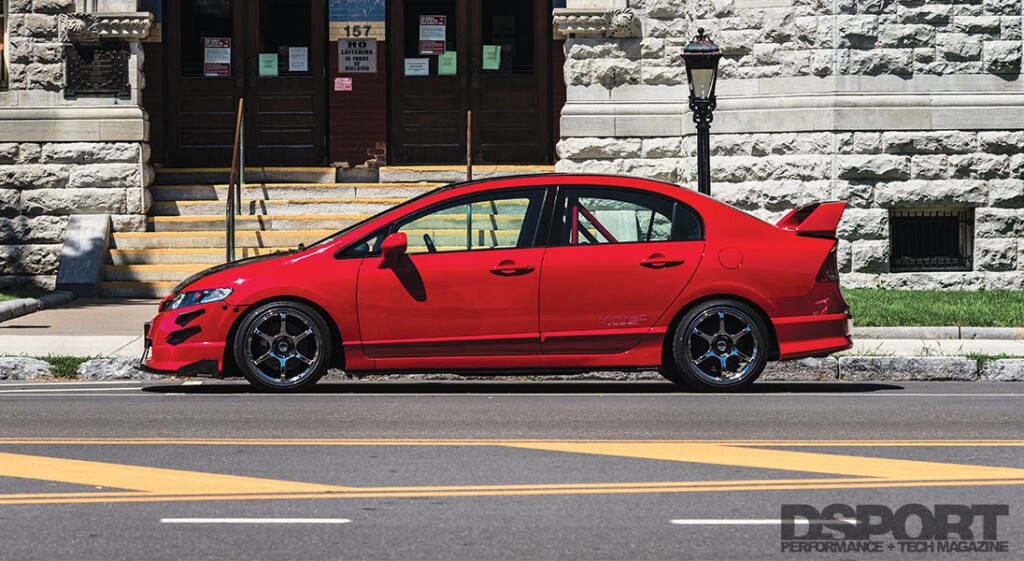 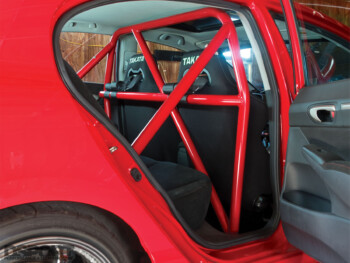 Each car build brings its own journey. For Orry, the plans changed a lot, from going through various sets of wheels, to seeking more power and going the supercharger route. “I haven’t had any major problems, but there have been the occasional issues here and there with parts availability,” Orry remembers. When he looks back at it, the journey was a lot of fun, but it was more of a learning experience, from watching the chassis enhancement to seeing the car transform over time. “It’s been awesome in so many ways. I’ve met many people at car shows and it’s been amazing,” said Orry. Car shows are what started it for Orry and motivated him to go the distance with his Si, and that’s where he returned when it was done.

The first stage brought Orry numerous trophies at car shows, from HDay to Racewars even before he introduced the supercharger and the new engine bay. He was set to display his new engine setup, but COVID-19 had other plans for the summer. If he had the choice, Orry wouldn’t do anything differently throughout this journey; in fact, he would’ve supercharged his FA5 earlier. In the near future, Perce plans on going with a beefier tire setup, like the Falken Tires RT660. The increase in traction would be complemented with bigger brakes and more suspension upgrades, as well as more carbon fiber for some weight saving. As it sits, the Kraftwerks is by far the most effective upgrade on the civic. “The kit really woke the car up and made it extremely fun to drive,” Orry concluded. Orry Perce is the perfect example of a car enthusiast. He bought a reliable daily-driver and could not keep it stock for the life of him – the story all of us car guys have to live with every day.