For this engine build, he decided to work with RBMS Auto Care to rebuild the EJ to handle even greater output. The block went to Rob’s Machine Shop to be reinforced with a set of Darton ductile iron sleeves. Once bored to 100mm and honed, CP Pistons in a low 8.2-to-1 compression ratio filled the cylinders. The pistons make the connection to the nitride finished factory crankshaft by way of Manley I-Beam connecting rods. 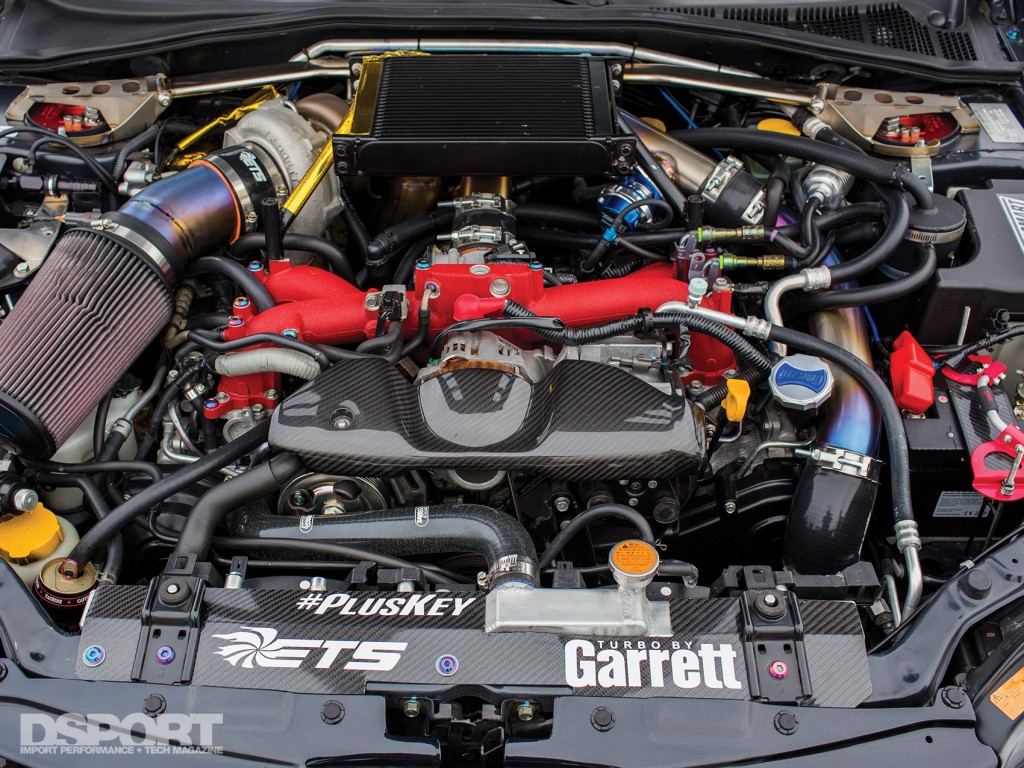 Improving the volumetric efficiency of the cylinder heads lends to increasing the engine’s performance. Thus, the cylinder heads received a mild port and polish service. Although Tomczek elected to retain the factory valvetrain and cams, Zerolift composite tumble generator valve deletes open up the intake runners, presenting an unobstructed pathway for airflow as it enters the intake ports. 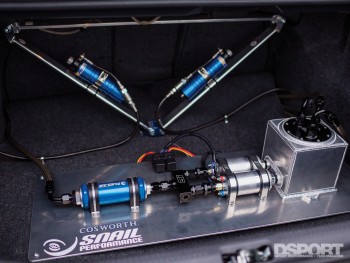 At the intake ports, a quartet of Injector Dynamics ID2000 injectors atomize E85 fuel as 28 psi of boost pressure generated by the Garrett GTX3576R turbocharger helps to fill the cylinders in short order. Maintaining a steady supply of fuel to the injectors falls on the shoulders of a custom fuel delivery system. A Walbro 450 lph in-tank fuel pump supplies an Aftermarket Industries fuel surge tank, while dual Bosch 044 inline pumps force the E85 through a FueLab filter on the way to the Cosworth fuel rails and the thirsty injectors. Accessing the factory ECU by way of a COBB AccessPort, Travis at Snail Performance made adjustments to the STI’s calibrations, factoring in the changes to boost pressure and injector duty cycle. With the tuning finalized, the STI generated 604 horsepower and 605 lb-ft torque to the rollers of a Mustang dynamometer.

Enjoying a marked increase in torque and power under his right foot, Tomczek needed to make upgrades to ensure that the STI handled as well as it accelerated. To this end, he upgraded his old suspension system with a set of JRZ RS Pro two-way adjustable dampers preloaded with Hyperco 700 lbf/in springs. Adjustable camber/caster plates from Vorshlag and Ground Control (front and rear, respectively) top each coilover, adding to the available range of adjustability. The new spring and damper setup keeps the aggressive 18×12-inch Volk Racing ZE40 wheels mounted with wide 295/35R18 Toyo R888 rubber pressed firmly to the pavement. To house the wider rollers, a complete twelve-piece M Sport widebody kit adds to the STI’s style and profile. 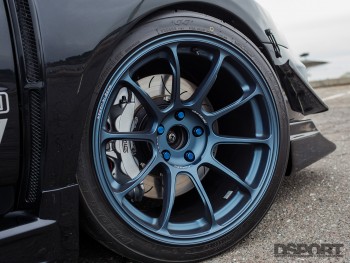 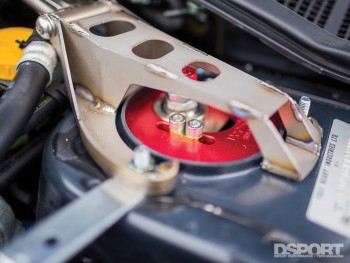 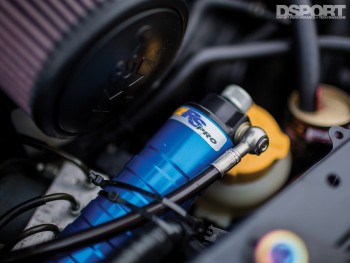 With over 500 horsepower under the hood and eye- catching exterior adornment that screams for attention, Tomczek’s efforts have not gone unnoticed. In addition to earning recognition at several shows in the Northern California region, he also drove his STI in SCCA Solo Autocross competition. He finished in fourth place at an event in 2012 and second place in 2013. Tomzcek concluded, “Each time I lost an engine, it was discouraging but I refused to give up. The effort was well worth it, as I am pleased with the way the car is. Without a doubt, the suspension, the wheel and tire setup, and the turbo setup made the biggest impact to the car on the autocross course. In order to build the best car possible, I had to go to Japan to track down a few of the parts, as some are rare and next to impossible to find. Fulfilling my goal ofowning an all-wheel drive car with a WRC pedigree that is unique to my own taste continues to make this effort very rewarding.” With new valvetrain and camshafts on the upcoming list of changes he plans to implement, the STI continues to develop into the real life Gran Turismo machine he’s always wanted. 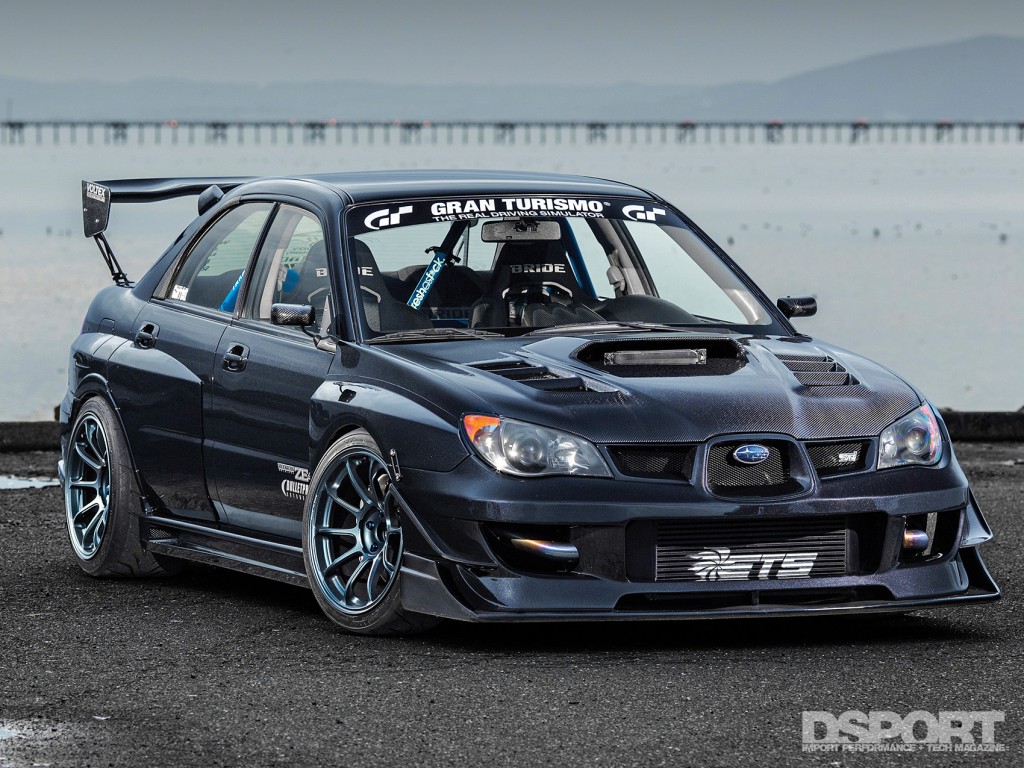