You are at:Home»The Cars»Features»NA Is Best? | J’s Racing’s Honda S2000 Tackles The Touge Without Boost

In a world without boost, Honda’s engines would dominate. Honda’s four-cylinder engines were the first to offer variable valve timing and lift technology to the masses. Honda’s VTEC technology allows the company to produce engines with incredible specific output. While many have found that VTEC is even better with boost, there are a few “all-motor” purists that enjoy the challenge of maximizing power without forced induction. J’s Racing of Osaka, Japan is among that group.

Of the many Honda tuners in Japan, Honda specialist Junichi Umemoto (the man behind the J’s Racing namesake) subscribes to the naturally-aspirated design of practically every Honda engine ever built. Umemoto opened J’s Racing in the city of Osaka in 1989. Over the past 20 years, Umemoto has developed, installed and tested hundreds of products on company project cars. Some of these project cars have even ended up on video or in the pages of magazines. One of J’s Racing’s latest projects is this Honda S2000. 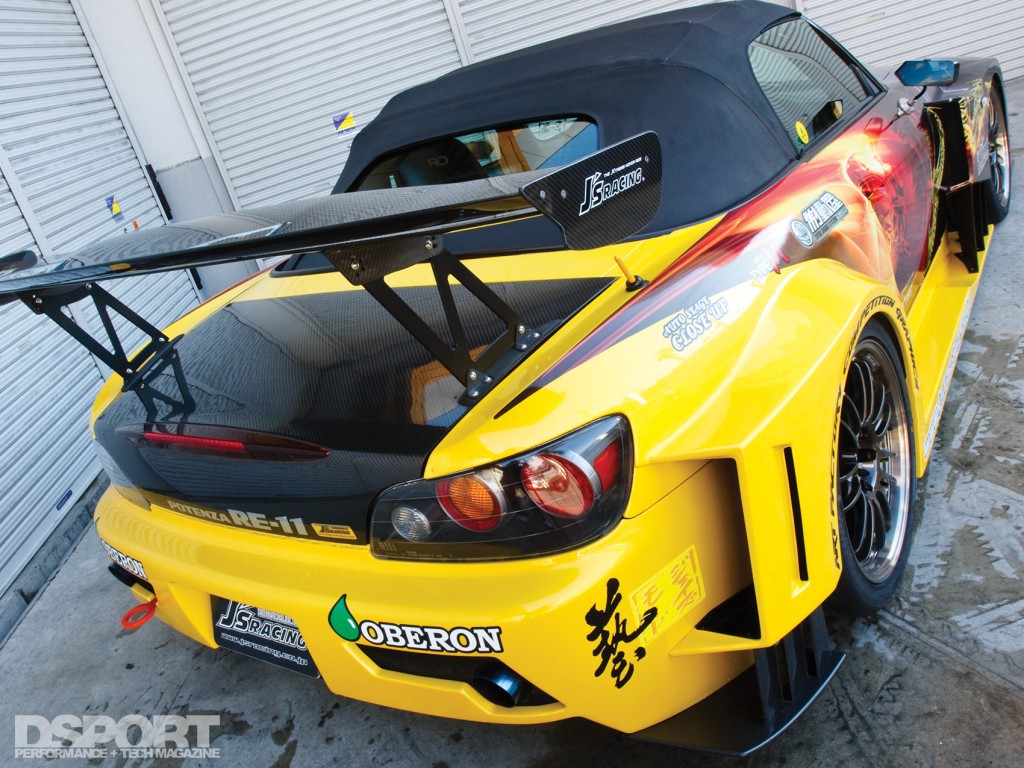 To Build A Block

Umemoto reinforced the F22C engine with a set of J’s Racing high-compression forged-aluminum pistons (12.8:1). These pistons provide two important performance benefits. First, the higher-compression ratio increases the engine’s thermal efficiency allowing more power to be extracted from each drop of fuel combusted. Second, the forged design of the piston allows the weight to be reduced due to the superior physical properties of the material over cast aluminum. Lighter pistons reduce the inertia of the rotating assembly. This improvement allows for quicker acceleration and deceleration from the engine under no-load conditions. 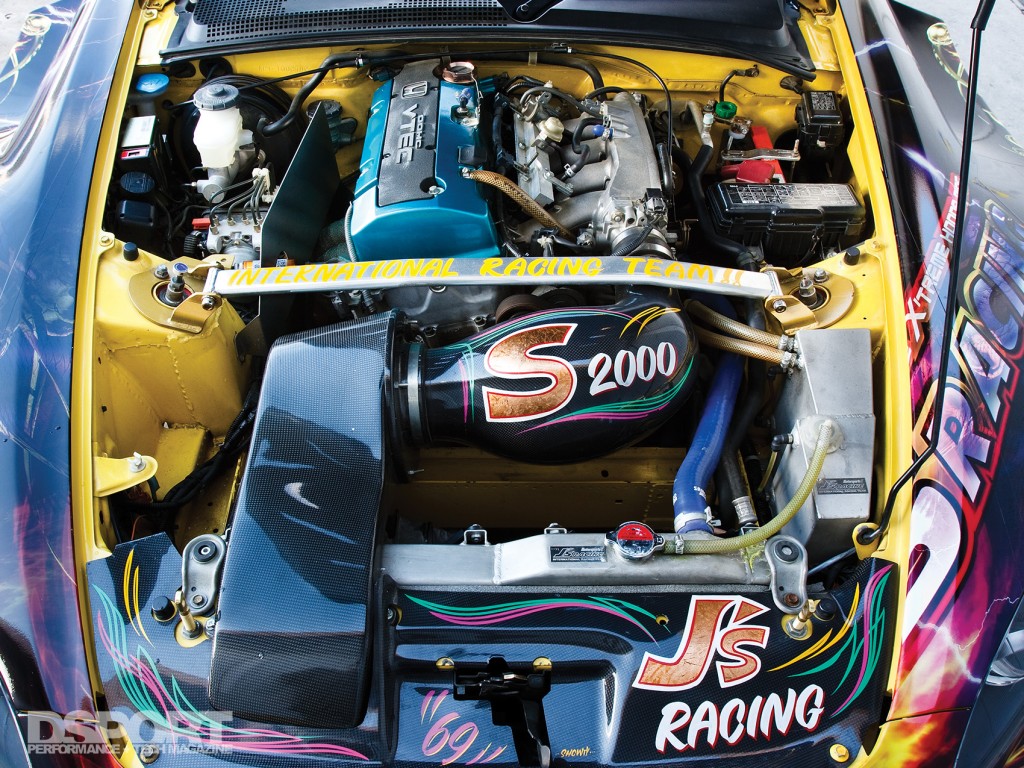 Since naturally-aspirated engines need to get every ounce of airflow possible into the cylinders, a well- prepped cylinder head becomes a must. J’s Racing installed dual valve springs to handle the increased lift and duration of the Toda Racing Step A camshafts. The increased valve lift and duration of the Step A cams deliver more air into and out of the cylinders during each stroke to maximize power. 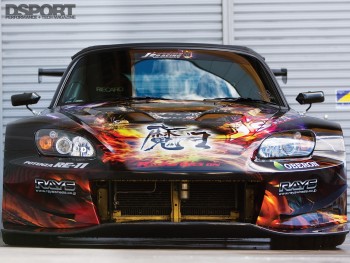 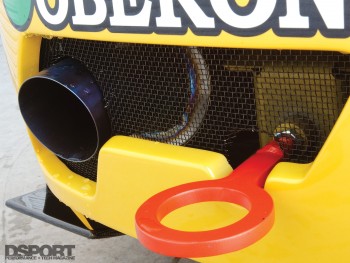 On the exhaust side, a J’s Racing tuned-length stainless-steel header routes spent gasses to the J’s Racing FX Titanium exhaust. The header features tuned- length runners that have a specific diameter and length to optimize performance with a specific camshaft, intake manifold and compression ratio. Properly-designed tuned-length headers coordinate exhaust pulses not to collide and create excessive backpressure. When tuned properly, the exhaust flow will help to scavenge the cylinders and draw additional fresh intake charge into the combustion chamber during the valve overlap period.

To ensure that the proper amount of fuel and ignition timing was provided, Umemoto reflashed the factory ECU with a proprietary J’s Racing fuel map optimized for these specific components. Umemoto refined the ECU tune using a Dynapack dynamometer. Measured at the hubs, the reinforced F22C engine generated 316 horsepower and 206 lb-ft of torque.