For some people, heads-up drag racing is the ultimate proof of automotive prowess. For Ben Hochman, the desire to own a Subaru and the need to drag-race were both satisfied when he purchased an Impreza 2.5RS while still in high school. A few bolt-ons and a few hundred bottles of nitrous oxide later, Hochman found that the Impreza wasn’t providing the domination that he had hoped for. The turning point came one fateful day when he found his 2.5RS heavily out-classed by various FWD and RWD platforms in a local heads-up competition. As it turns out, Subaru had just released the GDB STi and owning one grew into Hochman’s full-time obsession. Shortly after, the 2.5RS was parted, sold and replaced by an Subaru STi. His new directive: dominate the track and all opponents.

Directive 1: Let There Be Drag

Even before making his purchase, Hochman decided that the Subaru STi would serve double duty as both his 100-percent-streetable daily driver and street class dominator at the local drag strip. Utilizing the information learned from his 2.5RS buildup, Hochman first purchased the requisite custom intake, custom turbo-back exhaust system, HKS SSQV blow-off valve and a Perrin electronic boost controller before returning to the strip. The intention was to start slow as Hochman knew that it would be a long road and a steep learning curve to extract the performance and reliability that he was looking for. Unfortunately, the EJ257 powerplant had different intentions and, within two months of the basic bolt-ons, the engine suffered from a pair of cracked pistons. 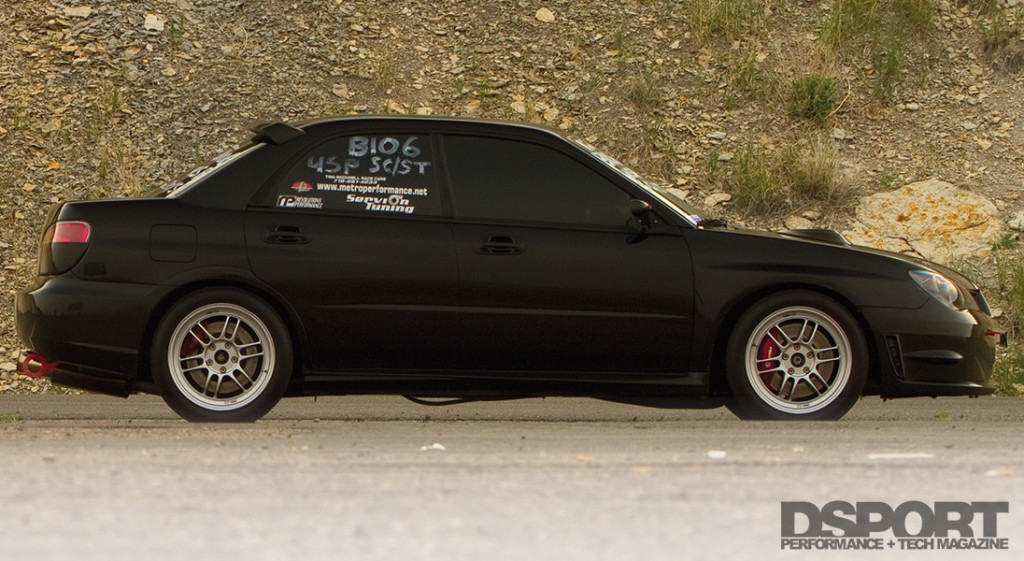 Hochman took the car to Metro Performance in Denver, CO, to replace the cracked pistons with a set of 8.5-to-1 compression CP pistons. The pistons were treated to an anti-friction coating on the skirt to reduce wear on the cylinders and a thermal-barrier coating on the crown. The quality of the installation work was top notch and Hochman was soon back on the road. However, as anyone that has gone through a project build can attest, the reinforcement of one link in the chain leads to the eventual failure of another. In Hochman’s case, it was a spun bearing that accelerated the complete engine-build process.

The engine build was planned and orchestrated by Hochman, Metro Performance and Revolutions Performance in Colorado Springs, CO, based on Hochman’s ultimate goal for his project; to maintain day-to-day drivability and engine response while still being able to procure 10-second time slips at drag events. To address the EJ257’s remaining points for potential failure, a set of Pauter rods make the connection between the crankshaft and the CP pistons. The rotating assembly was then upgraded with Cosworth bearings. To keep the heads from lifting under high boost pressures, a set of ARP L19 head studs secure the longblock assembly together. 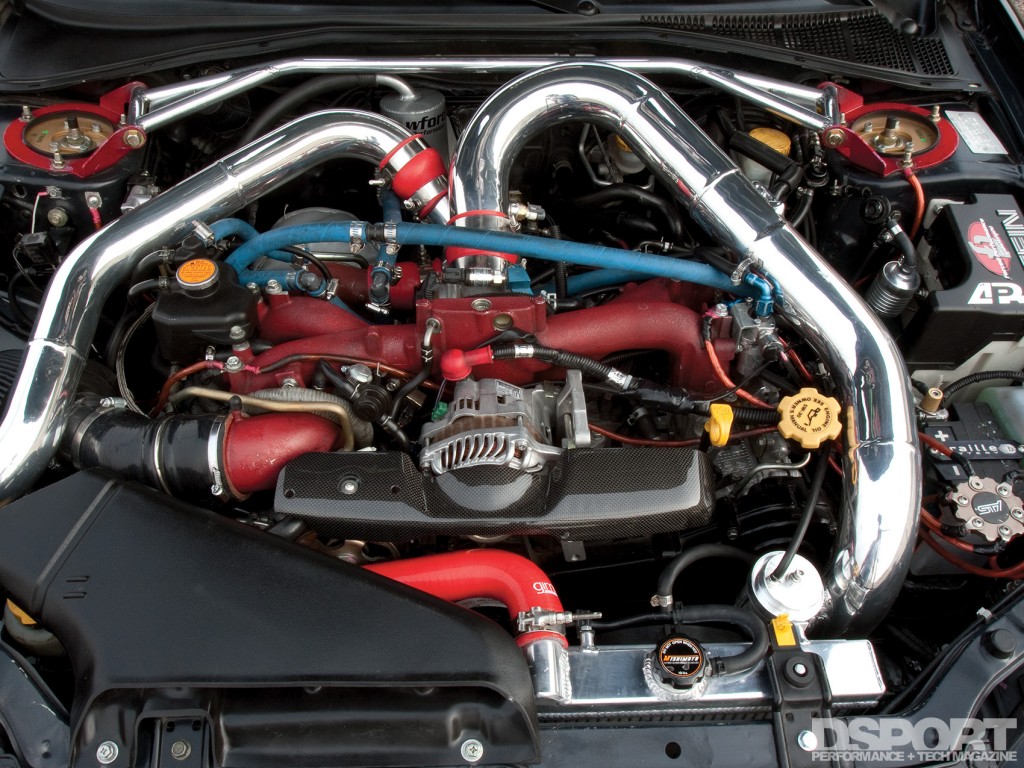 The original custom intake system remained to filter air that is compressed and channeled into a Revolutions Performance custom-fabricated intercooler. This front-mounted intercooler conversion utilizes a Hyperflow 660GT and adds a NX Nitrous Express intercooler spray bar to provide additional cooling. From the core, the charge air enters the OE throttle body and intake manifold setup where it mixes with the E85 fuel and enters the combustion chamber. The E85-prepped fuel delivery features a Buschur Racing dual in-tank Walbro setup feeding a quartet of Injector Dynamics 2200 cc/min injectors. 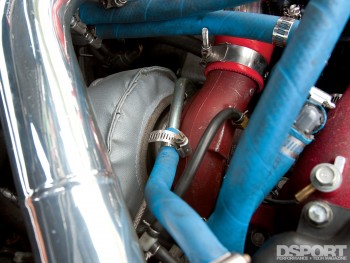 After combustion, spent gasses spin the centerpiece of the build, a Forced Performance FP Red TD06 hybrid turbocharger. The build plan called for a turbocharger in the factory orientation that provides a higher power ceiling without compromising drivability and the FP Red unit delivered as promised. The turbocharger sits on an Agency Power equal-length-runner tubular manifold that’s been treated with a Swain Technology thermal-barrier coating for better heat retention and to reduce under-hood temperatures. The gasses exit the manifold and into an Invidia downpipe and custom exhaust system before exiting into the atmosphere through an A’PEXi N1 muffler. Import Sports fabricated a downpipe and exhaust piping which were ceramic coated to help maintain exhaust gas velocity. 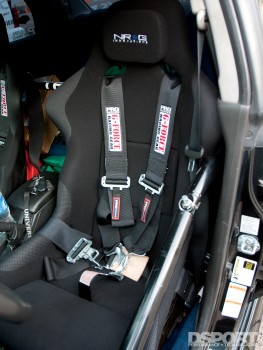 Improving performance is not only measured on the dyno, but also in reliability. To keep temperatures in check, additional coolant capacity is provided by a Mishimoto aluminum radiator and fan shroud. To ensure improved lubrication for the rotating assembly, the EJ257’s oil pump was replaced with an 11mm unit from a 2008 STI.

In anticipation of running in the 10- second range, Hochman needed to have a safety roll cage installed. He turned to Tom Rockwell Race Cars, who constructed a 6-point chromoly roll cage with swing-away door bars painted flat black to match the STi’s interior. While the idea of permanently modifying the STi’s interior was unnerving, the roll cage’s fitment and finish satisfied Hochman’s street-and-track- aptitude requirements.