For those that know racing, know the incredible amount of time and energy it takes to go from a concept to actually taking the finished product down the strip. The thought of transforming a car from an OEM slug to a quarter-mile monster in just six days would make most shops cringe, unless the shop is Factor X Engineering. Staff Report // Pictures by Michael Ferrara 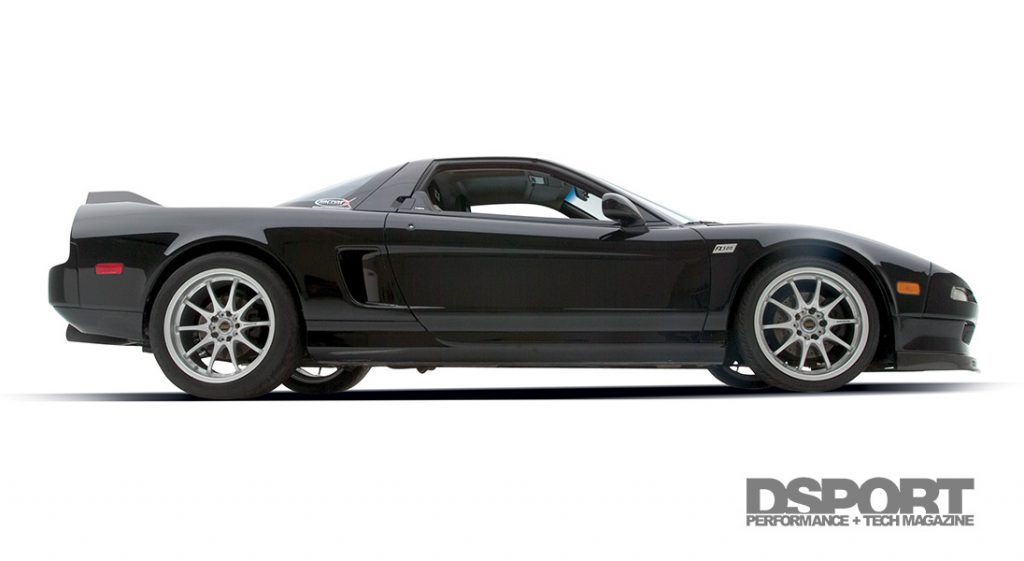 The Acura NSX may be the finest automobile to ever come out of Japan, at least if you are a Honda enthusiast. Those that know the NSX, consider it as a celebration of balance and power. Most automotive enthusiasts appreciate the capability of what the NSX has to offer: superior handling, excellent braking and an exotic flavor only shared by a Ferrari. However, if you were to ask NSX owners the single biggest gripe with their NSX, the overwhelming response would be lack of power. Enter Factor X Engineering, a Las Vegas, Nevada based engine building and tuning company that built its reputation for doing things that are out of the ordinary. From building engines for SCORE International Off-Road Racing to participating in the World’s Fastest Civic program, FXE has pushed the Honda performance envelope where few have gone. 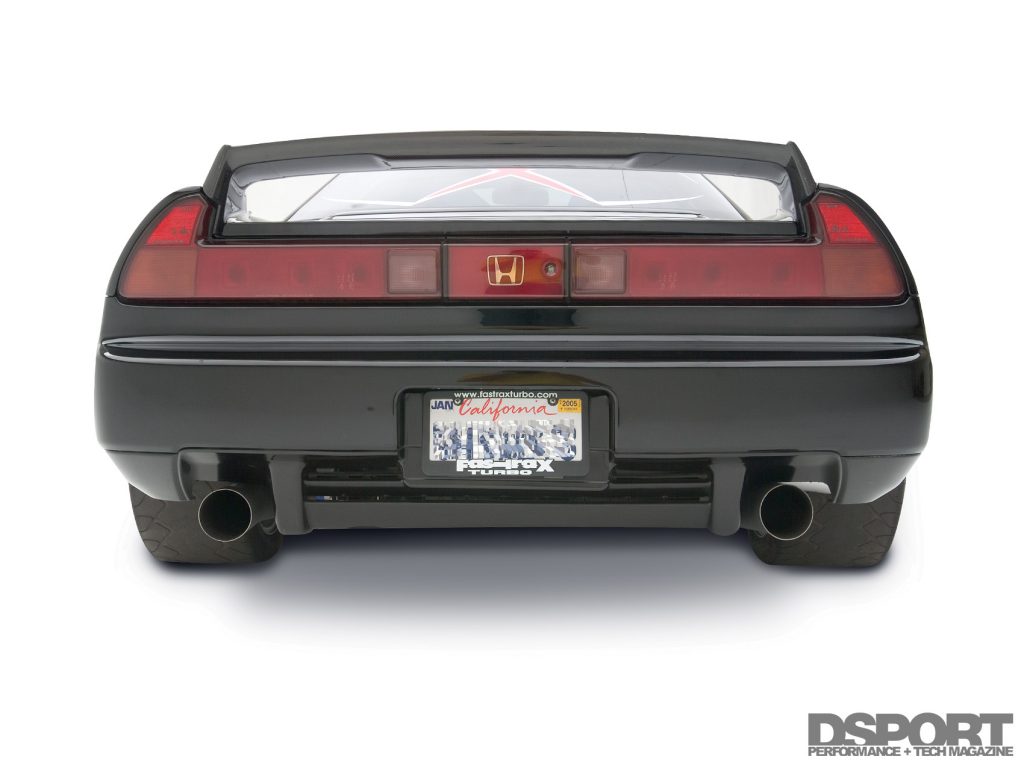 Being NSX enthusiasts themselves, they decided to solve the NSX’s lack of power through the use of forced induction. For the last two years FXE has been developing a turbo system for the NSX. Recently they have released a 500 whp version of the NSX dubbed the FX500. Having achieved their original goal, like many other speed junkies they thirsted for more. 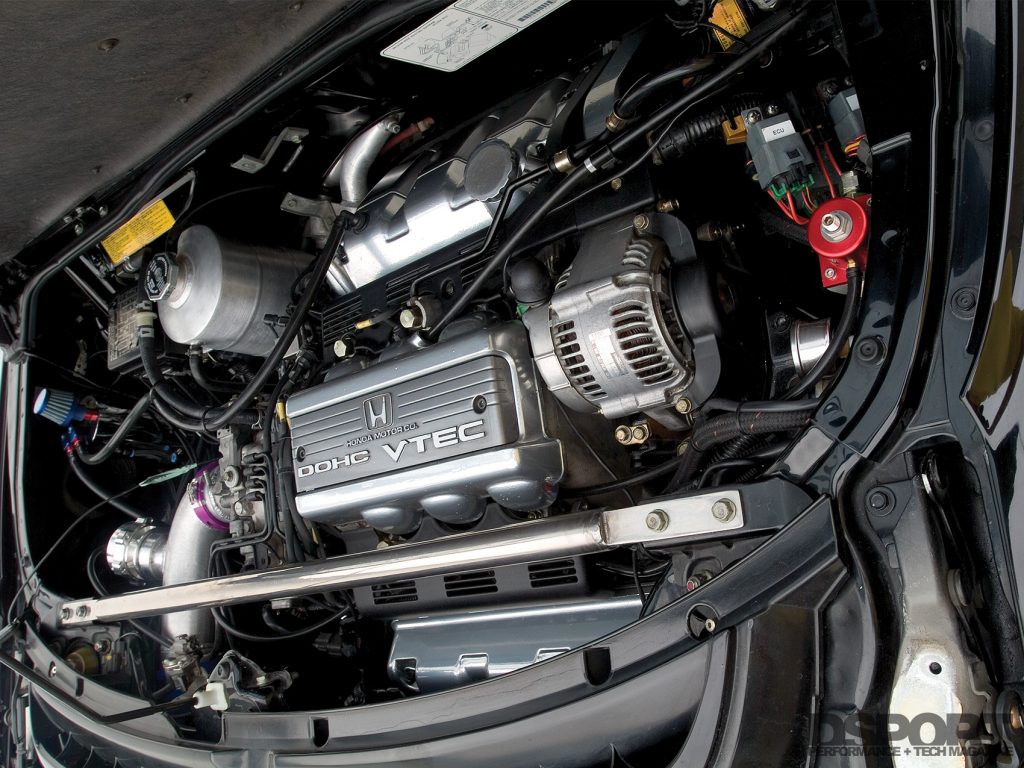 October 3rd, 2004 at 1:30pm, Mike Angel, General Manager at Factor X Engineering proposes a plan that he has laid out for a twin turbo NSX like no other, one capable of producing in excess of 750 whp. As the crew listens to the objective, they nod with agreement, until the deadline was revealed. Mike then tells his team, “We have six days to accomplish this goal.” FXE Lead Technician, Boso Tanackovic, looks at both Radamir Banda and Chris Zimmerman with a smile and agrees to take on the project. All nodding in agreement, the project is green lighted. 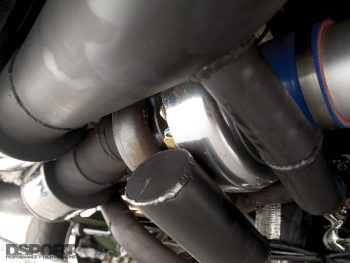 One hour later, a detailed white board session is held. Taking into account all the parts needed to pull off this project. It was at this meeting that they crew decided to use twin dual ball bearing Innovative Turbo System turbochargers to power the NSX. Cooling was to be provided via twin two dual-core Spearco aftercoolers. Engine management was to be handled by a MoTeC M48Pro. The first step of the project is to install the built FXE NSX motor into the chassis. The white board session lasted roughly an hour before the built FXE engine and transmission, MoTeC harness, Exedy twin disc clutch, and DC Sports exhaust manifolds were ready for insertion. Eleven hours later at 2:30am the engine and axles were installed. At 5:30am, a Ron Davis radiator and FXE heat exchanger were installed. The FXE team called it quits for the night and tried to sleep for about two hours. 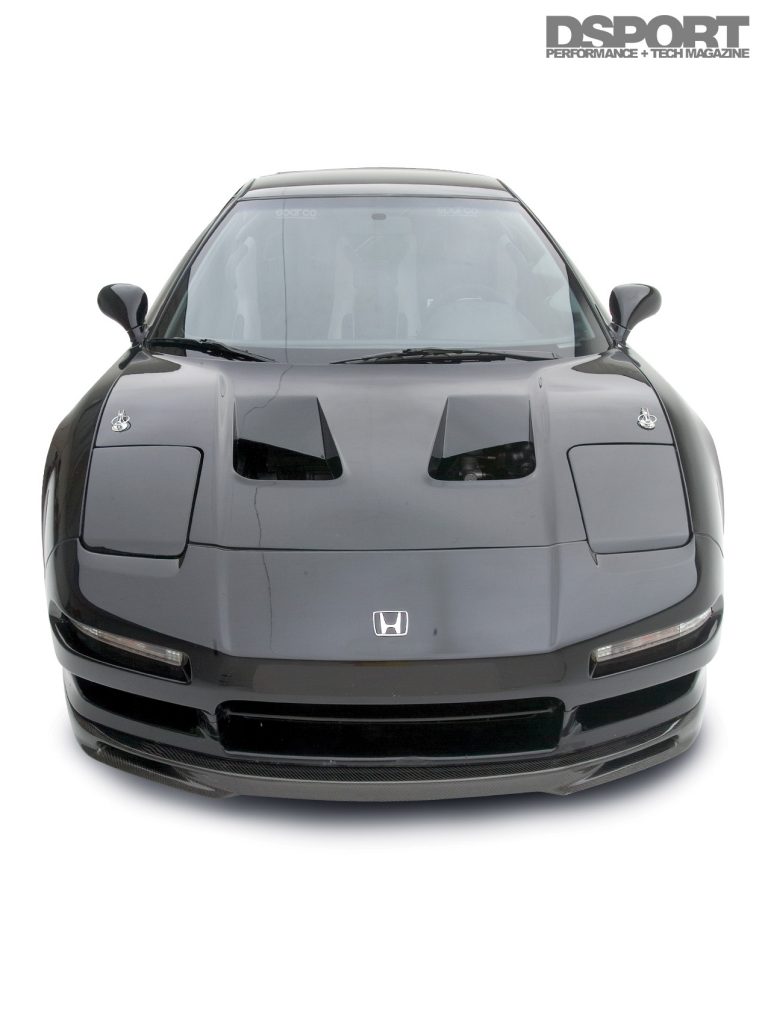 October 4th, 1pm, a set of NSX- R front struts, Dali Racing carbon- fiber lip, front bumper, Procar carbon- fiber NSX-R rear wing and Dali Racing 02 sub spoiler were all installed.The footwork was treated to a set of Tein RA coilovers, Dali Racing cross-drilled rotors, Goodridge stainless steel brake lines and Carbotech brake pads. After these goodies were installed the fabrication work began. At noon on October 5th, the twin ITS turbochargers were hung on the FXE manifolds. Five hours later, the hot side of the turbo system is complete and the crew is ready for a few hours of sleep. 2pm, October 6th, a custom Magnaflow exhaust system is fabricated and to wrap up the day, the custom FXE Spearco intercoolers are also completed. As the clock turns to the next day, the crew was still hard at work finishing up the turbo system. The fabrication work of the pressure pipes to the throttle body was done and the suction side of turbo was completed before the much deserved rest of five hours. 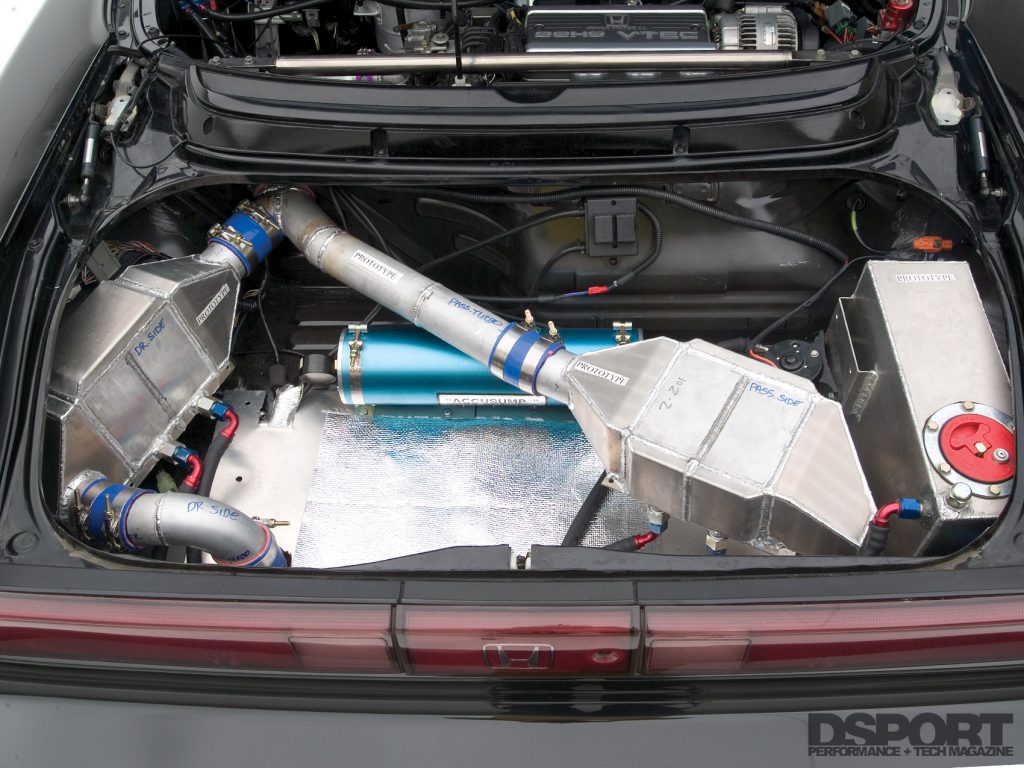 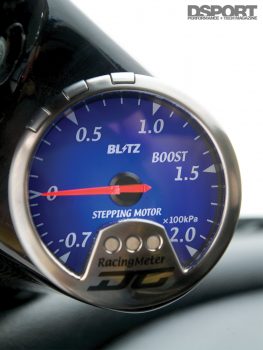 As the crew rolled in on October 7th, the pressure began as time was running out. The Oil differential pump, Comptech oil relocation kit, FXE accumulator and stainless steel lines were installed. Four hours and ten Redbulls later, a FXE high volume fuel pump, SX fuel pressure regulator and a half dozen RC 900cc/min fuel injectors were installed to finish up the fuel system. To monitor the engine’s vitals, a Dali Racing carbon A-pillar pod was put in place. A series of Blitz electronics were wired in including a SBC-ID boost controller, boost gauge and oil pressure gauge as well as a SPA Technique microdash. To add spice to the interior of the NSX, a set of Sparco Torino II seats were installed with Taitec seat rails and Crow Enterprize harness in conjunction with a Comptech roll bar. To ease in directing the car, a Sparco steering wheel was put in place. 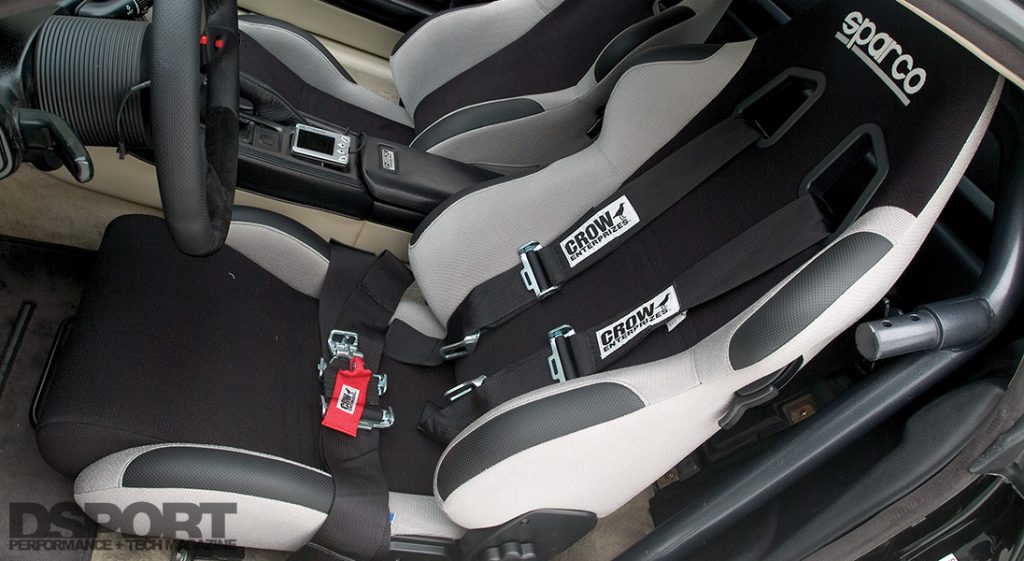 The following day, October 8th, the NSX is brought to life after turning over and making its way to the dyno. At 2pm, the NSX was able to produce 755 whp and 593 Lb/Ft at 17 psi of boost pressure. After the engine tuning session, the suspension was dialed in for the next day at the racetrack. October 9th at 12am, the FXE crew made its way to the racetrack to accomplish an 11.2 ET at 138.04 mph. A few weeks later, after the FXE crew had a chance to recover from their “hell-week” they performed some additional tuning to the NSX and hit the track again. To pay off all their hard work, they were able to click off a 10.6 quarter mile time.