It’s not always easy to unite enthusiasts and fans for a celebration of just a single vehicle platform. But the heritage of the Toyota 86 cannot be denied as its history spans several decades and has a cult-like following to go along with it. To celebrate this lineage, 86FEST presented by Turn 14 Distribution drew the masses to Auto Club Speedway in Fontana, California on August 6, 2016 (8/6) for its fifth annual celebration of all things Toyota 86. What a fitting date to head to the track for this one-make event. Text by Richard Fong // Photos by Richard Fong and Stanley Yee 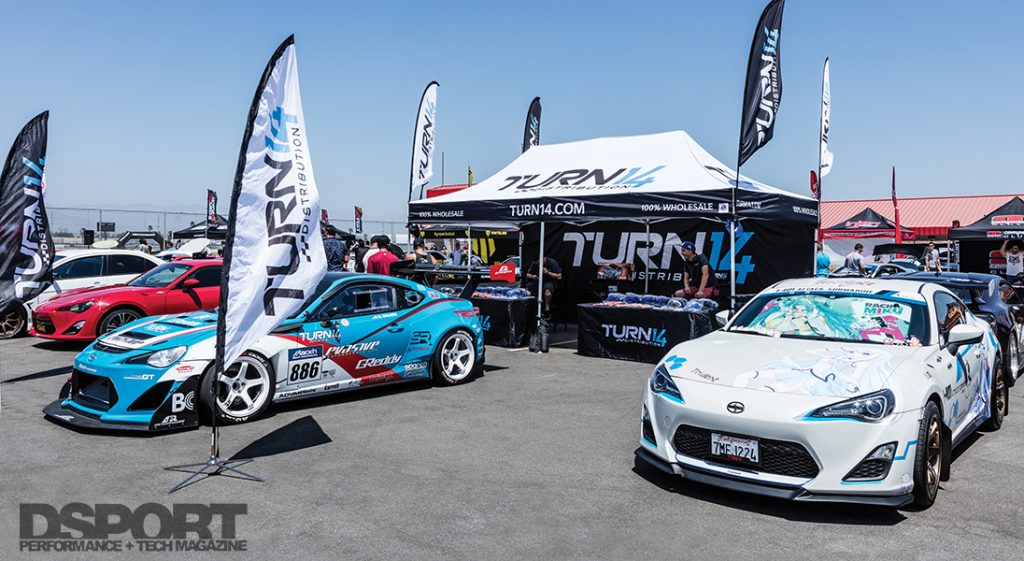 Masses at the Gate

While the gates didn’t open to the public until 11am, the line for the roughly 300 registered show cars already consumed a good length of road leading into the venue. When the gates opened, 86FEST estimates that 4,500 attendees flooded the show area. Between the paddock garages, 86Fest positioned nearly 60 vendor booths supporting the event among the numerous rows of 86 chassis ranging from the ZN6/ZC6 (FR-S and BRZ) back to the original car that garnered such a cult following, the AE86 Corolla. 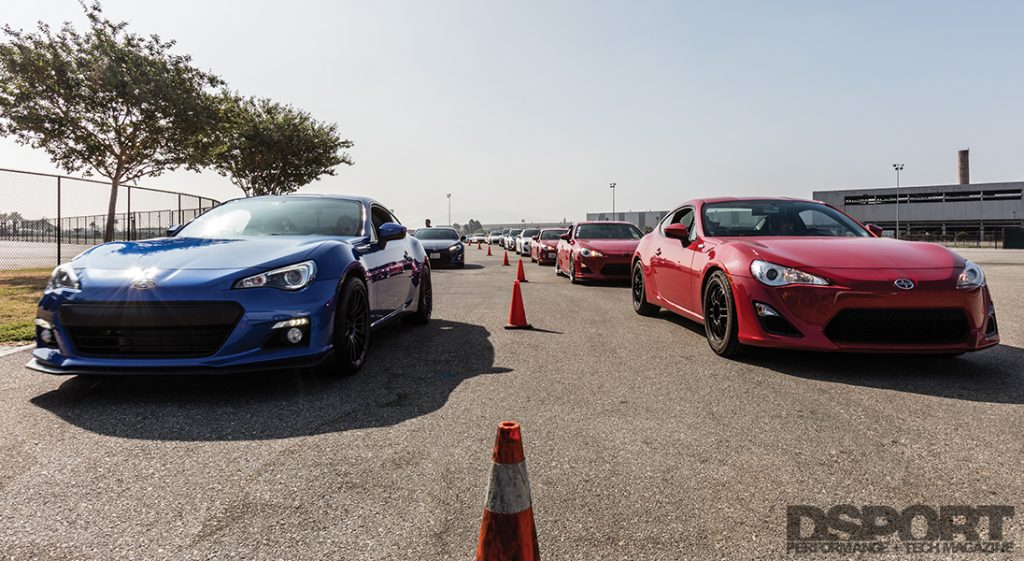 To add dimension and interaction to the event, the autocross sponsored by Falken Tire returned once again, giving those interested in cone dodging the opportunity to test their vehicle setup and driving precision. In addition, a new road course/time attack element was added to the program for 2016. Run in conjunction with Global Time Attack’s Pro-Am Round 2 event on the 1.45-mile infield course, 86FEST presented its one-make track event known as the DBA USA 86FEST Challenge. Entrants were separated into two groups, one for the FR-S/BRZ and one just for the AE86 Corolla. Out of the pool of drivers, 86FEST randomly selected one lucky winner to be the recipient of a set of brake rotors courtesy of Disc Brakes Australia. They announced the winner through their social media channel on Instagram.

While there may not have actually been any celebrities at the event, there were several special vehicles on display. Toyota Corporation was in attendance and debuted a prototype of its kouki ZN6 (Toyota 86) alongside 86FEST event promoter Antonio Alvendia’s personal kouki AE86. In addition, ADVAN brought the JDM TRD Griffon 14R60 it ran at Pikes Peak to display, adding to the automotive eye candy. Near the main stage, Kei Miura and LTMW World debuted the new Rocket Bunny V.3 aero kit alongside examples of the first and second-generation body kits. Finally, the Evasive Motorsports/Mackin Industries/Scion Racing turbocharged Pikes Peak Hill Climb FR-S anchored the Turn 14 Distribution booth in front of the main stage. 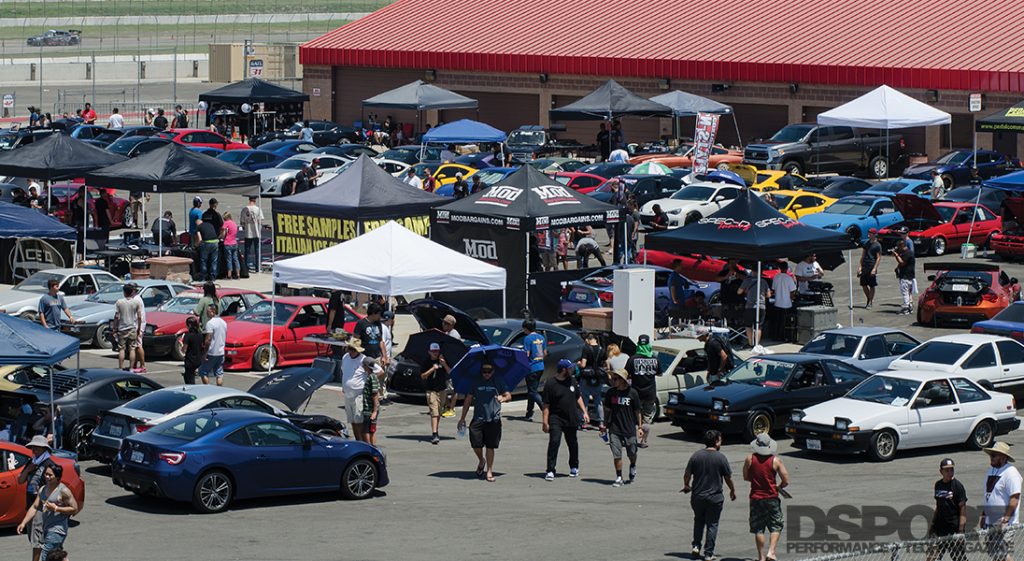 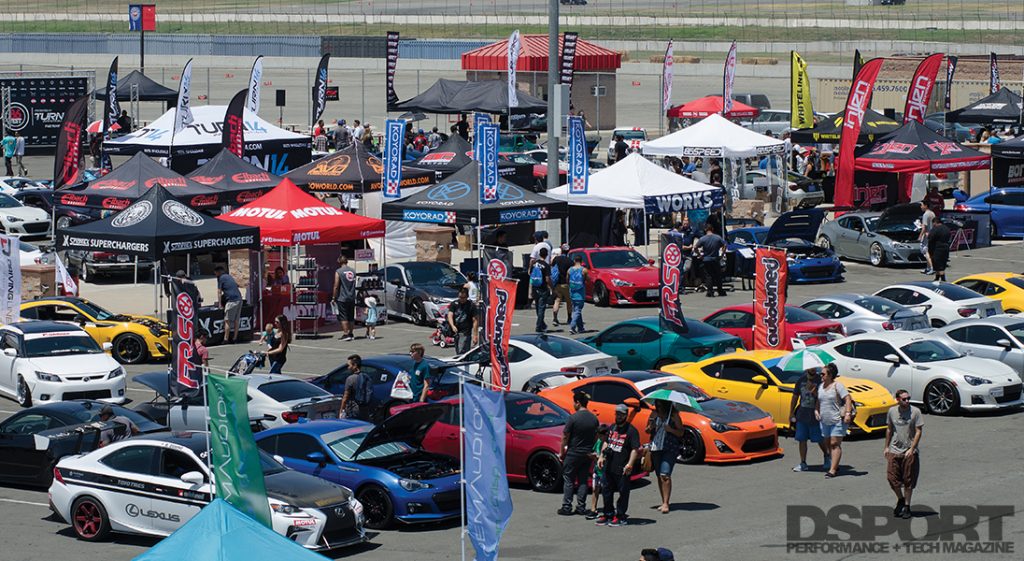 Winding Down with Prizes

Toward the end of the day, attendees gathered around the main stage as show awards were announced, names were drawn and the raffle prizes distributed. Prizes provided by several of the vendors like Spec-D Tuning, Injen Technology and Competition Clutch were given away along with other swag. As the sun set on 86FEST’s fifth event, attendees got the chance to witness time attack and autocross action while walking the show to experience the depth and diversity of tuning styles that the 86 community prides itself on. Add to this the numerous racecars and first looks on display, and this event was one you wouldn’t want to have missed. We can’t wait to see what next year’s event will bring. 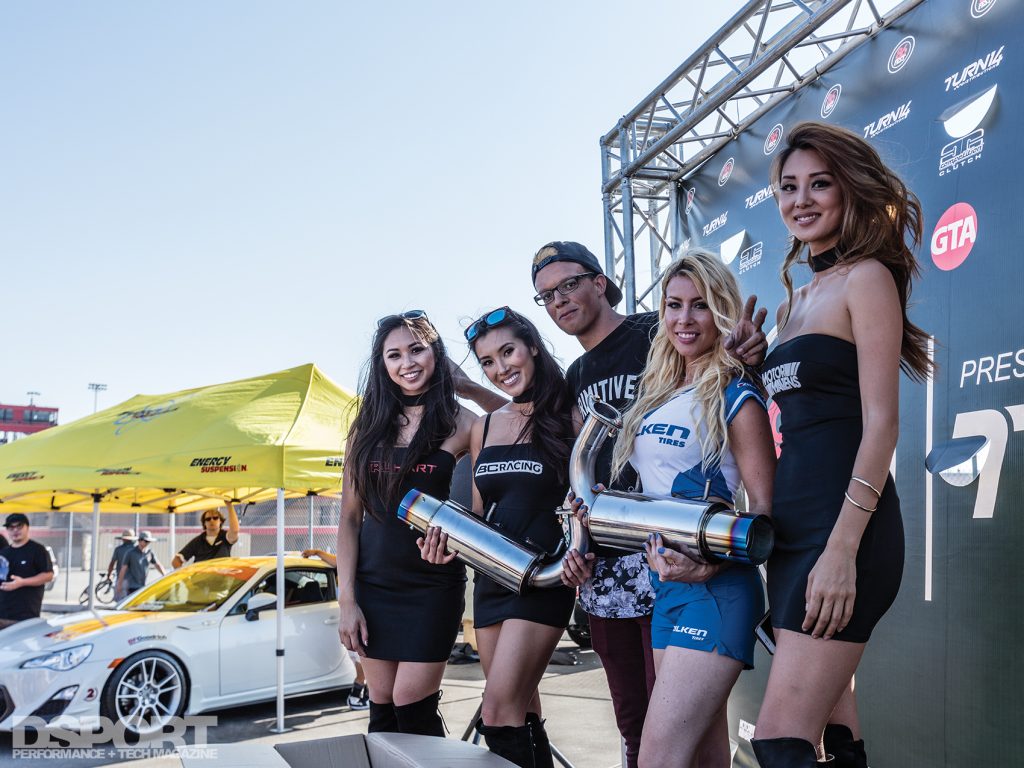 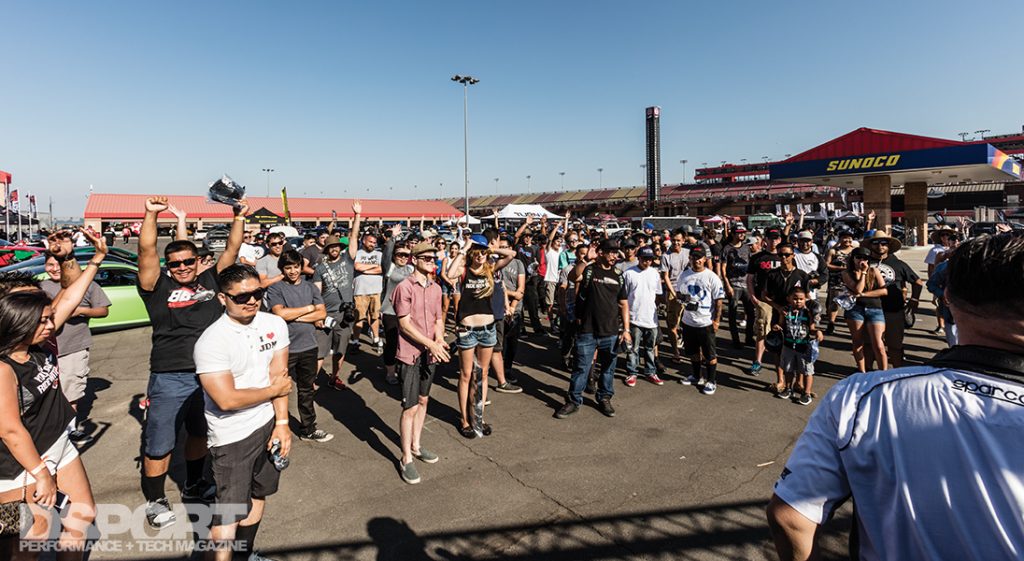