For 30 years straight, the Mazda MX-5 (Miata) has been one of the most fun, worry-free cars to drive. Known for being extremely lightweight, rear-wheel drive, and underpowered, the MX-5 has been the car to throw around the track regardless of your motorsport skill level. The MX-5 never received a turbocharger or supercharger from the factory, which made it more of a momentum car on the track. However, Mazda realized that giving the MX-5 a little more power will only make it that much more popular. For the 2019 model, Mazda introduced their most powerful MX-5 to date, this year delivering 181 horsepower from its naturally aspirated engine. To celebrate 30 years of success, the 2019 MX-5 will have a special edition version for the true hardcore fans. 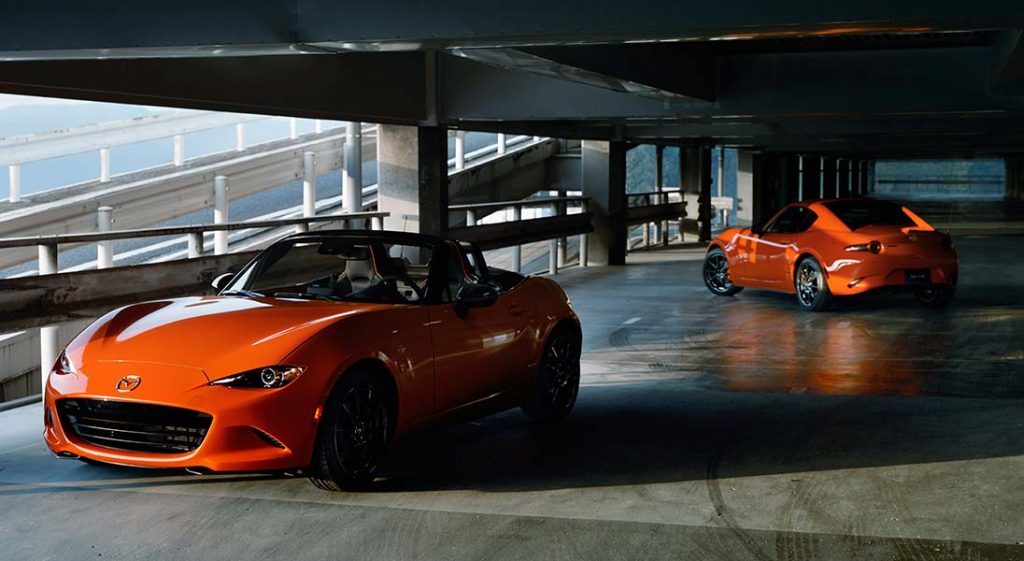 The official debut of the MX-5 Miata took place in 1989 at the Chicago Auto Show, and 30 years later, Mazda returned with their special edition 30th anniversary MX-5 to the same show to celebrate three decades of success. The 2019 Mazda MX-5 30th Anniversary edition will be offered in both a soft top version and an RF model. The 2019 model will come with Mazda’s SKYACTIV-G 2.0-liter engine, which delivers 181 horsepower and 151 lb-ft of torque. The 181 horsepower makes for a 17-percent increase in power over the previous year. 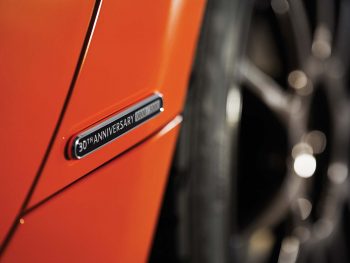 The 30th anniversary edition features the exclusive Racing Orange exterior paint color. This color is designed to pay homage to the yellow MX-5 Miata Club Racer, which happened to also debuted at the Chicago Auto Show in 1989. Mazda explained that their choice of color represents sunrise and anticipation, while staying true to the characteristics of a pure sports car like the MX-5. While the hardtop roof on the RF will be Racing Orange, the soft top will be a black cloth top. If you like the crazy exterior color, you’ll be pleased with the cabin as well, as the theme continues throughout the interior with orange louvers and orange piping on the heated Recaro sports seat. The Recaro seats are wrapped in Alcantara, and this material continues in the door inserts and lower instrument panel. The special edition MX-5 rolls on new Rays ZE40 wheels measuring 17-inch in diameter. The dark gunmetal forged alloy wheels are based on the Global MX-5 Cup Car. 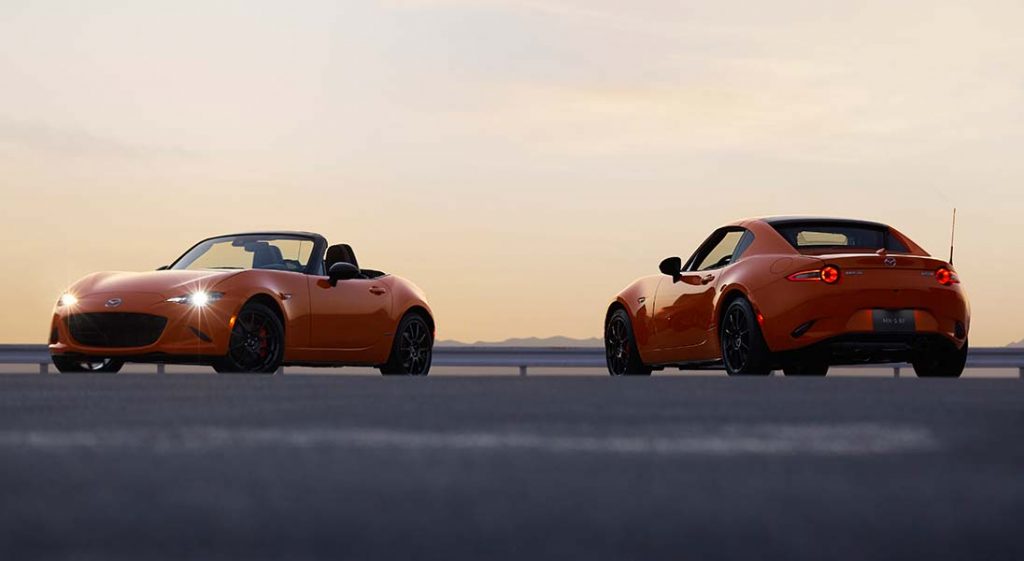 On the inside, the cabin is complemented with Apple CarPlay and Android Auto, which come standard on all 30th anniversary models. The driver gets a reminder that they own a special edition car every time they approach it thanks to the 30th Anniversary badging on the driver’s side rear quarter panel. 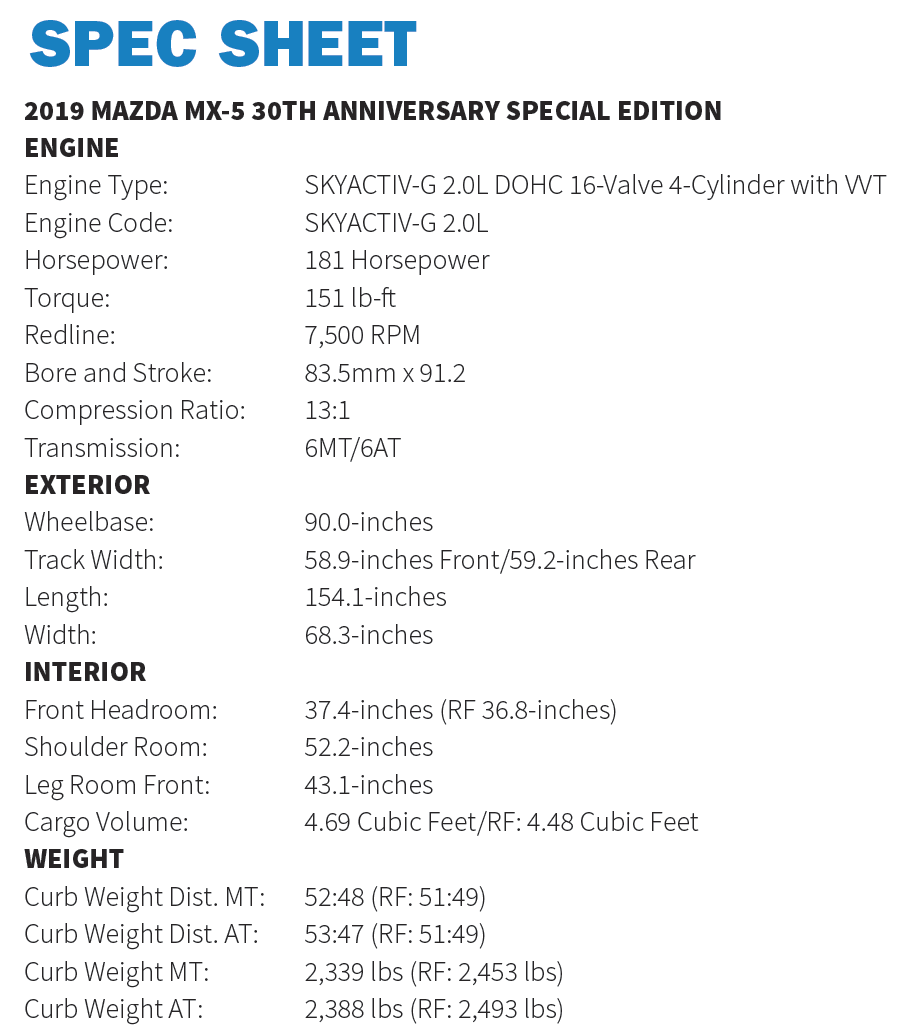 Only 3,000 units of the 2019 Mazda MX-5 30th Anniversary Special Edition will be produced worldwide. There will be a total of 500 non-sequentially badged units available through a custom build-to-order on Mazda’s website. The six-speed manual transmission will carry an MSRP of $34,995, while the six-speed automatic will have a $35,494 price tag. The RF will cost $37,595 and $37,995 for the manual and automatic, respectively.