In many modern vehicles, more and more systems are controlled by microprocessors. As technologically advanced sensors are able to measure various engine and driving conditions on- the-fly, the input from these sensors is collected, analyzed and submitted to a master computer. This master computer, the engine control unit (ECU) or engine control module (ECM), processes the information it receives and sends the proper output signals to the engine hardware it controls. In some cases, the signals are sent to other computer subsystems for further processing.

You could have all the right parts to make the power, but if the tuning is not optimized you’ll be down on power, suffer from poor gas mileage and you may even cause damage to your engine. There is nothing more critical to the performance of an engine than the amount of fuel delivered and the timing of when the spark plug is ignited.

Your ECU and You

Factory engine management systems make adjustments to fuel delivery and ignition timing based on data gathered from a myriad of sensors monitoring the engine. The data is read by the system and sent to the ECU, where its data inputs are plugged into a factory-tuned matrix that defines the output controls to be sent to various hard components in the fuel delivery and ignition systems. The matrix is actually a combination of several data arrays particular to each component being controlled; fuel injector control data is pulled from one array, ignition timing control from another.

These arrays are in turn combined with other arrays containing parameters for specific conditions as read by a number of other sensors present on the engine. Generally, these sensors include; engine speed (RPM), vehicle speed sensor, oxygen sensor, manifold air pressure sensor, throttle position, and coolant and oil temperature, intake air temperature and more. 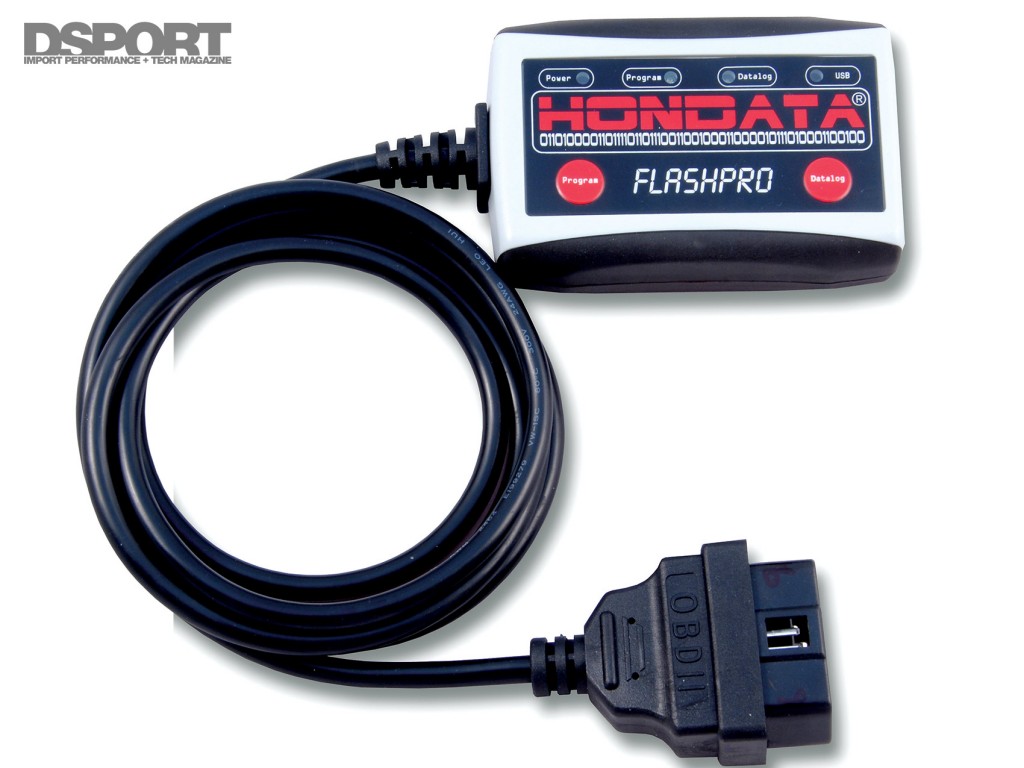 Some OBD-II devices like Hondata’s FLASHPRO not only permit reflashing of the ECU, but also feature Bluetooth wireless connectivity to access data and clear CEL codes.

ROM Chip on Your Shoulder 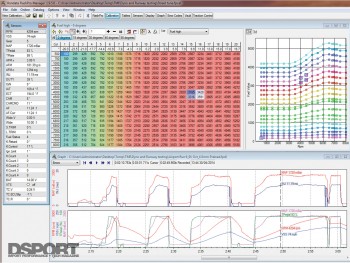 Some older ECUs contained memory chips that could not be re-written. The only option available to have the fuel and ignition maps modified was to purchase a memory chip (or an ECU with a new memory chip) that had the revised map data pre-loaded by expensive industrial memory writing software and hardware. This is what was commonly known as having a “chipped” ECU. There are still manufacturers that provide the chip or the replacement service for older platforms still on the market.

ROM tuning provides a similar function; it allows a tuner to alter the maps in the ECU to optimize spark and fuel delivery for maximum power. When these maps are optimized, a ROM tune can deliver just as much of a power increase as a full stand- alone tuning computer. However, because the maps in a ROM tune are unchangeable and inaccessible after they are programmed, they do not allow optimization for future changes or additions to your setup.

Piggyback systems connect to the factory ECU, usually through a wire-in or jumper harness, and allow modifications to ECU input and output signals. Because the units have their own internal memory, there is no physical or electronic modification necessary to the ECU. The sensor signals are intercepted and modified by the piggyback ECU for optimized fuel and timing before being sent out to the injectors and the ignition.

Some piggyback systems allow for the installation and control of additional sensors that are non-existent on the factory engine. This is convenient when adding forced induction to a naturally-aspirated vehicle or when adding additional sensors to aid in fine tuning. Many piggyback systems offer single or multichannel outputs of the modified signals for use in other external electronic controllers or displays.

Piggyback systems usually offer the best drivability with the least amount of programming or tuning. This is because the factory-refined ECU maps are still present and provide the best possible “base maps” for tuning. The tradeoff is that the ranges and levels of adjustability are not as broad as a ROM tune or stand-alone ECUs. Additionally, some modern factory ECUs are adaptive, meaning the factory fuel and ignition maps are constantly readjusting to stay within factory parameters. Since piggyback systems intercept and correct the signals going to the injectors and coils based on a fixed map, the tune may become altered over time.

Still, piggyback computers may offer enough control and resolution for some moderately-tuned vehicles. Since these moderate builds may undergo frequent and incremental setup changes, the piggyback system can be easily re-tuned to overcome the readjusted factory maps.

Newer factory ECUs on the market are beginning to catch up to the latest computer technology. Modern manufacturers have started to incorporate multiple-write or “flash” memory. Some aftermarket engine-management solutions have taken advantage of this and offer handheld or PC-based software and hardware solutions that can write to the flash memory sections of the factory ECU by way of the OBD-II communications port.

Some units allow factory fuel and timing maps to be saved for future “down converting” allowing the enthusiast to re-flash the factory ECU with the original default maps, if necessary. Additionally, since some reflash systems allow the factory fuel and ignition timing maps downloaded to be used as baseline maps the possibility of post-tune drivability issues diminishes.

There are re-flash units on the market that also feature datalogging capabilities, real- time map adjustment and on-the-fly map changeovers. Additionally, some reflash units offer add-on features that facilitate control of other computer controlled systems on the vehicle, making the unit a more viable solution for complete engine and vehicle management. 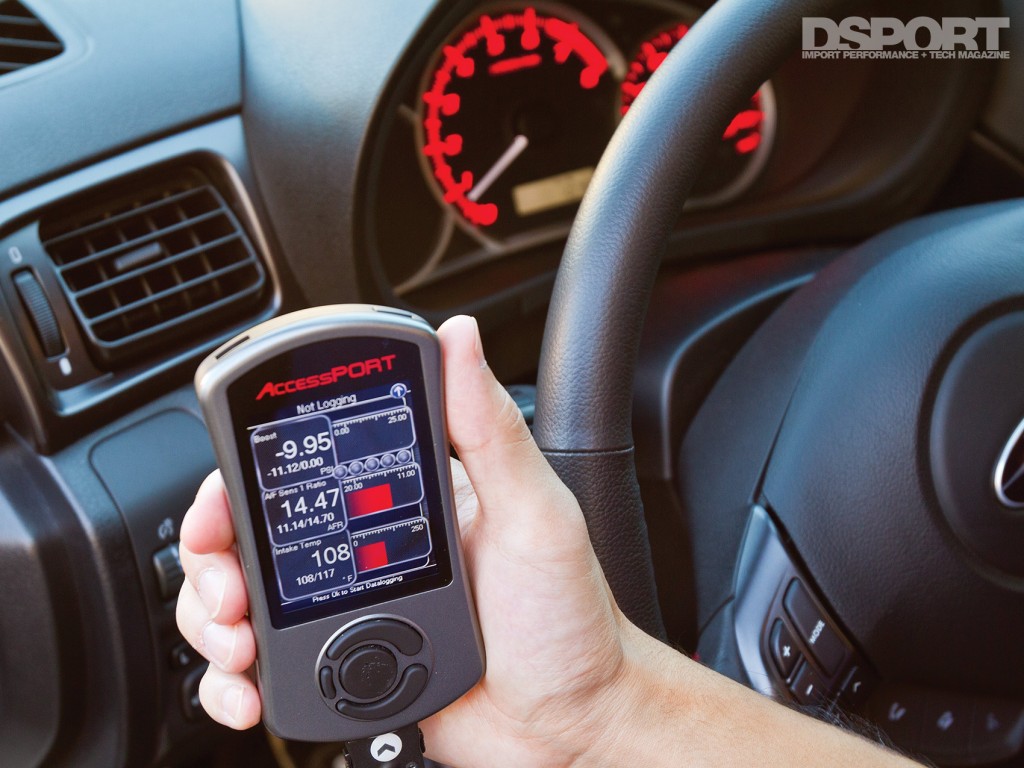 Reflash tuners allow users to retain their factory ECU and harness by simply plugging into the OBDII port to tune their vehicle. Off- the-shelf maps make it easy for enthusiasts to bolt on parts and flash the vehicle with the proper map. 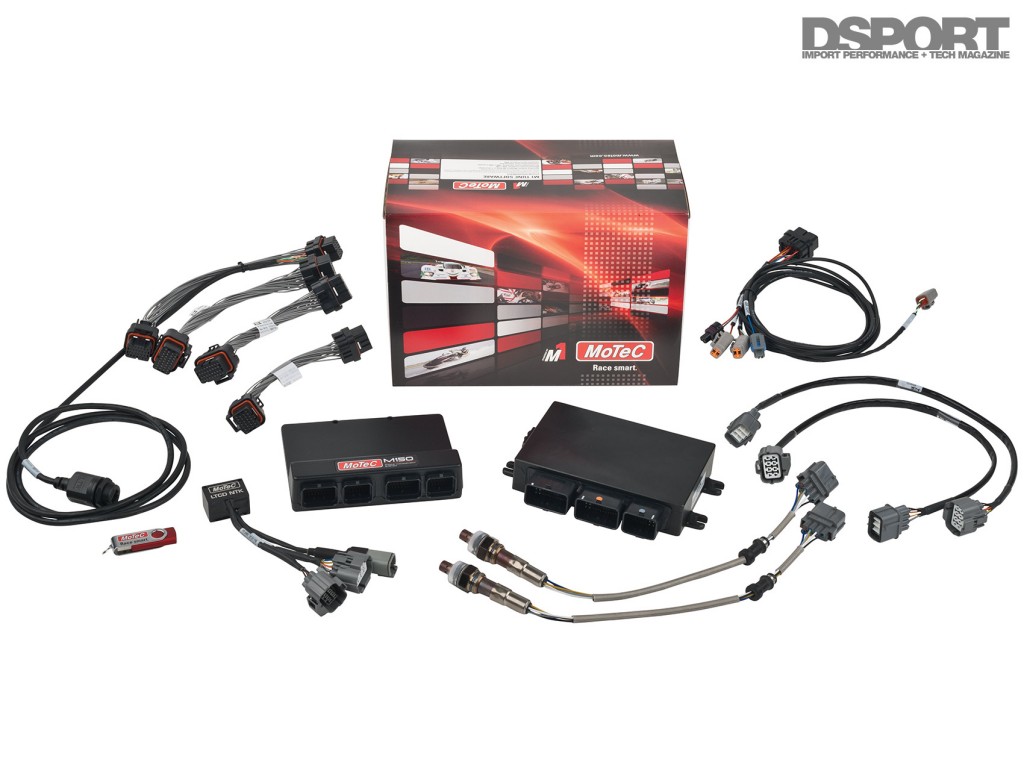 Sophisticated engine-management systems can access the factory harness by way of a plug-and- play harness or can be wired directly to the engine by way of a custom wiring harness.

Additionally, some dedicated features may be available through the stand-alone that are not normally available on the factory ECU. These include boost control, drive-by- wire throttle control, two-step launch control and nitrous injection. Many stand-alone ECUs have datalogging capabilities and easy interfaces for data extraction.

Incorporating many features into one unit capable of coordinating and orchestrating everything makes the initial cost of entry higher, but also reduces the need to buy and install additional electronics—making the tuning process even easier.

Generally, stand-alone engine-management systems offer higher-resolution fuel and ignition maps for tuning. The more points available for adjustment on each available map, the smoother and more precise the tuned power will be. The downside of high-resolution maps is the amount of time it takes to properly tune the vehicle. Additionally, because stand-alone units generally offer control over more possible map combinations, they take longer to complete the initial tune without a good base map supplied by the manufacturer. Many tuners keep base map configurations for applications and setups that they commonly encounter, speeding up the initial tune process.

Previously, stand-alone manufacturers limited the availability of the programming hardware and software to authorized tuning shops. While some still follow this method, there are a growing number of manufacturers that offer the software and hardware connection solutions directly to consumers. This affords the experienced tuner the opportunity to tune the stand-alone under their own parameters, without having to have their vehicle tuned at a manufacturer authorized facility. Installing a stand-alone engine management system can easily be simplified with the existence of a plug-in harness. This option allows you to use the factory wiring harness for most of the sensor reading and control duties, while additional sensors and controllers can be wired in as necessary. In the event there isn’t a plug-in harness available, the stand-alone manufacturer provides a loom of non-terminated wire lengths that have to be connected to each of the required sensors, injectors, and ignition system components. While this installation is more involved, it offers a chance to connect the stand-alone ECU necessary components only. An added benefit allows mounting of the ECU in a location that facilitates easy tuning adjustments when necessary.

On a street vehicle, removing the factory ECU may render electronic components useless, particularly those that rely upon the data collected by the ECU. Speed-sensitive windshield wipers or certain automatic or computer-controlled transmission controls. This means that vehicles used on public roads, or that may require these components and functions to pass local safety inspections may not be the best candidate to receive a stand-alone ECU.

There are many options available for aftermarket engine management. They range from the budget-conscious to the unlimited-budget build, but each can potentially have an application in your quest for the perfect engine-management scheme. Whether its straight to stand-alone or a basic one-time ROM tune, be sure to have your horsepower production goals mapped out to avoid buying multiple engine control systems.

While stand-alone engine management systems are generally more expensive and complicated than an ECU reflash unit, they offer an unparalleled amount of customizability and extra channels that a factory ECU simply does not offer.