What happens when a multi-million dollar racing operation leaves the Formula Atlantic series to campaign a production car in time attack? They build a serious car backed by an experienced team that puts the veterans of time-attack series to the test.

Sierra-Sierra Enterprises (SSE) out of Minden, Nevada, won the Formula Atlantic Championship in 2007. In 2008, the split between the Formula Atlantic Series and the Champ Car World Series prompted SSE to seek a different racing venue. SSE decided that taking on the Unlimited-class cars in time attack would be a worthwhile venture. SSE began working on an EVO VIII project to compete with at time-attack events across the nation. With its extensive racing experience, SSE put together a plan for building, setting up, shaking down and refining an EVO VIII that wasted little time before winning in unlimited-class time-attack competition.

For the SSE team, applying its knowledge and experience from open-wheel racing hastened the learning curve. Team Manager Richard Raeder and his staff went straight to work on the EVO VIII. They started by stripping the chassis and eliminating every ounce of extraneous weight from sound insulation to interior appointments. Richard designed a nine-point cage based on FIA requirements that stiffened the chassis and provided additional safety for the driver. Maciek fabricated the cage out of 4130 chromoly tubing to provide high strength with a minimal impact on weight. The cage included rear kickers that tie in with the braced rear shock towers and additional tubing that leads from the rear shock towers back to the trunk area to serve as wing-stay mounts (this design distributes the downforce of the APR Performance carbon-fiber wing evenly across the trunk area).

To improve the weight distribution of the chassis, the driver’s seat was moved further back in the cabin. In turn, all of the control surfaces (steering wheel, Tilton pedal set and center console) were also moved back to maintain the ergonomics and functionality of the cockpit. A Kaminari Aerodynamics custom carbon-fiber dash and other interior refinements further lighten the vehicle. A custom panel on the center console houses the switches, while a Cosworth Electronics display sits just behind the steering wheel on the custom-length steering column. 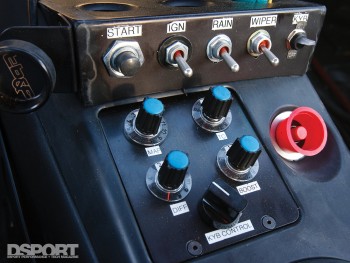 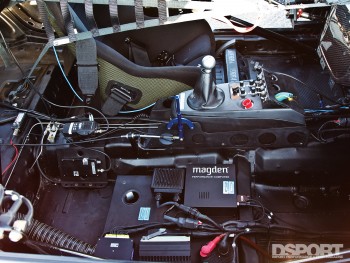 Reducing weight and cutting through the air required a number of exterior enhancements. Kaminari laid custom carbon-fiber body pieces for nearly every exterior component imaginable. The aerodynamics package was composed of a Kaminari hood, bumpers and side skirts. Carbon-fiber fenders, doors and trunk lid were fitted to further reduce weight. The rear fenders were custom flared by SSE to accommodate as much tire as possible Aerodynamics play an important roll for racecars, especially on faster tracks. One common misconception is that a rear wing will fix all traction issues. While a rear wing does add a significant amount of pressure over the rear wheels, downforce over the front tires is just as important. In fact, adding a rear wing without additional aerodynamic enhancement to the front can actually detract from performance. In the case of this EVO VIII, generating adequate downforce required a multi- component approach. Carbon-fiber canards and front splitter help to generate increased downforce over the front wheels while the APR Performance GT wing keeps pressure over the rear wheels. This balanced approach to aero tuning provides the necessary downforce over all four tires. 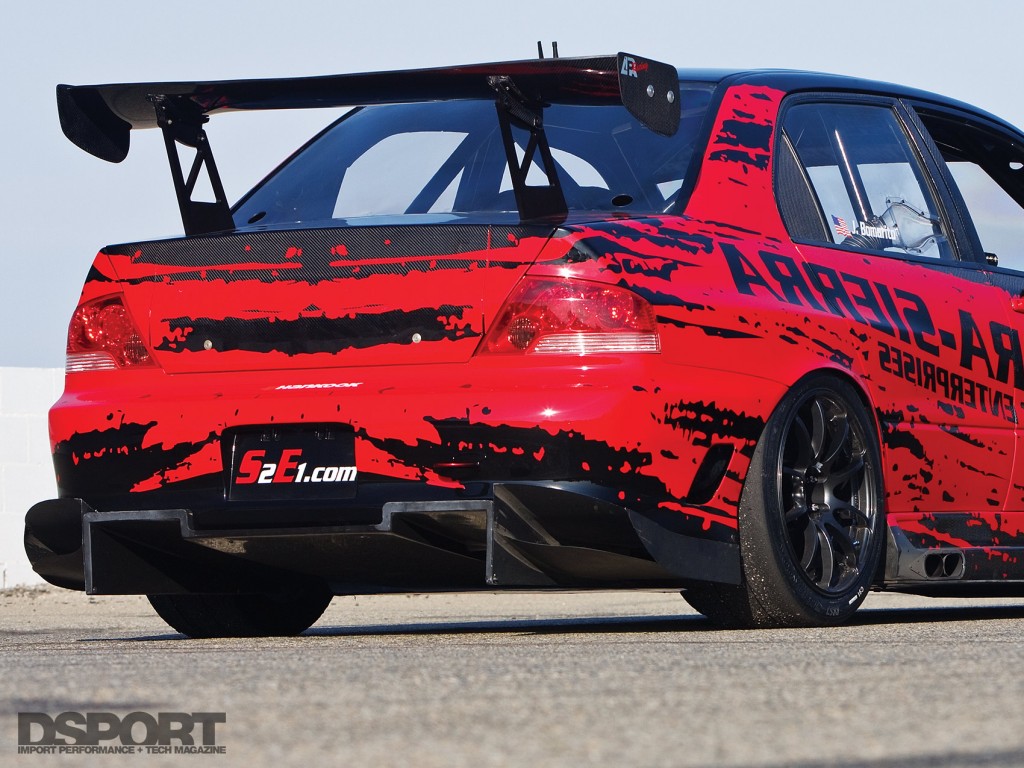 SSE chose a set of Dynamic Suspensions DSSV 4-way adjustable dampers with Eibach springs to suspend the weight of the EVO VIII. SSE’s long-standing development relationship with Dynamic Suspensions made the DSSV dampers the logical choice. Richard states that Dynamic Suspensions provided the support needed to get custom valving done quickly. SSE developed custom bases for the DSSV dampers to adapt to the EVO VIII suspension system. SSE also designed a custom rear roll bar in addition to pillow-ball rear mounts for the DSSV dampers. A custom differential support keeps the rearend secure between the rear wheels. Richard mentioned that this support was an essential design improvement after the factory rear subframe broke at the Redline Time Attack event in Nashville.