If you don’t drive your car at night, stop reading this story. If you’re one of the millions that follow the light, then this might be of service to you. Whether you have a burnt bulb or you want to upgrade your headlights, the options are numerous. While we were working on our Project Mitsubishi Starion, we noticed the many inefficient, dull components within its bumpers. We decided to give it a little life with an LED headlight bulb upgrade and test to see if they provide any benefits over the sealed beams H4 we have on the Starion. Here is what we found out. 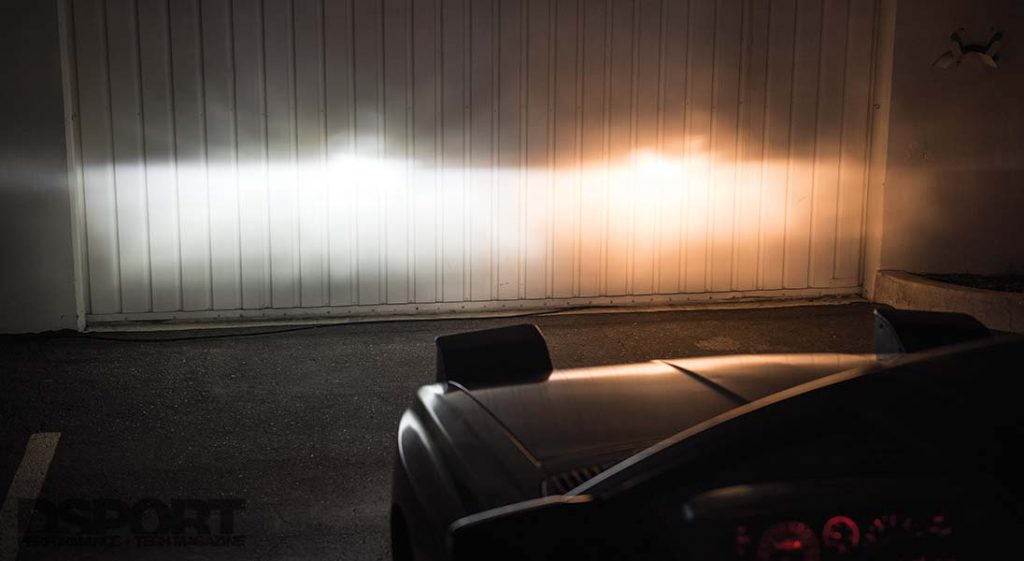 On the left is the Oracle H4 V-Series LED upgrade, on the right is the H4 sealed beam conversion.

The Oracle H4 V-Series LED Headlight Bulb Conversion Kit took the place of our bulb. Claimed to be the only DOT compliant, street-legal LED headlight conversion available, this kit fit on our 1988 Mitsubishi Starion just as well as the OEM bulbs. Aside from the basic improvement over halogen bulbs, they offer improvements over some other LED bulbs on the market, like the SmartDrive feature. SmartDrive is a temperature management technology that protects the bulb from overheating, without the need for heat sinks, metal ribbons, or cooling fans.

The Oracle Lighting LED H4 conversion is small in size, but highly efficient at 120 lumens per watt.

Using a voltage/amp meter, we put the sealed beam headlight bulbs to the test first. Each bulb drew 48.8 watts and a total of 97.6 watts. The high beams on the other hand drew 72.5 watts each for a total of 145 watts. The Oracle H4 V-Series LED bulbs drew 15.1 watts each for a total of 30.2 watts. While the sealed beams pulled three times the current than that of the LEDs, it would need 100 more watts to emit the same lumens that the LEDs produce, which will end up melting your wires. The question remains, are LED lights right for you? Or should you stay with your halogen bulbs? 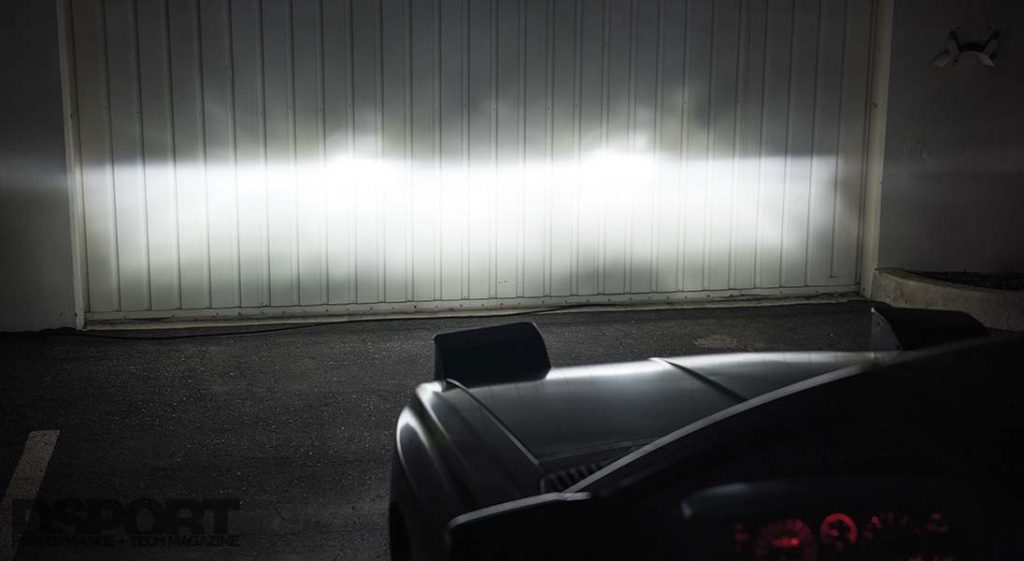 Halogen vs LED:  Head to Head 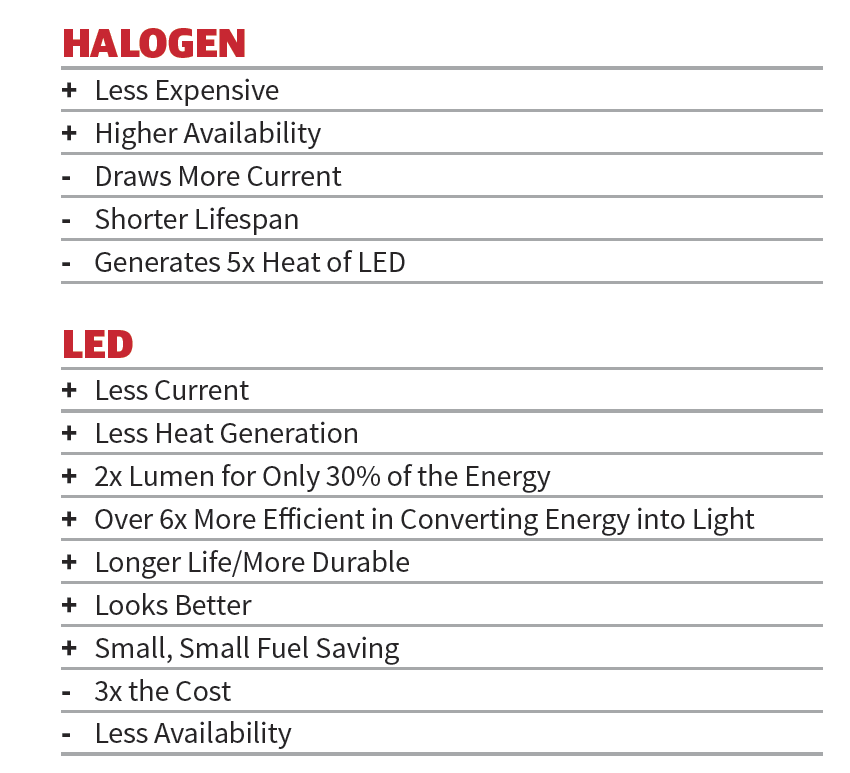 The Oracle H4 V-Series LED headlight conversion will set you back $149.95. While this could be triple the cost of a high-end halogen bulb, it should last much longer. The LED conversion is a simple swap that is truly a plug-and-play solution. It made our Starion come to life from the shadows of the dark, and the peace of mind knowing we are using 30% of the current we were using with the original headlight setup is quite satisfying. Finally, given it’s DOT approved should make just about anyone consider this one-time upgrade.

DSPORT Publisher and Undercover Mad-Scientist Michael Ferrara used the powerful tool that is math to prove that these LED bulbs will actually save you fuel. For every 127 hours of driving with the lights on, you will save one gallon of fuel. So, over the next seven years or so, these lights might end up paying for themselves if you just love driving at night. While this is probably the last thing on your mind when considering LED bulbs, the equation was simply too good not to include.