Every Breath You Intake

The intake system refers to the components of the engine that get air and fuel into the combustion chamber. The intake manifold is essentially a series of pipes and chambers that connect the throttle body to the intake ports on the head. The throttle body, which connects to the main opening of the intake manifold, is a piece of metal that holds a flapper-type door called a throttle plate. Opening and closing this plate controls the amount of air that’s coming into the engine. So when you step on the “gas” pedal on a modern fuel-injected engine, you’re really just opening the throttle plate to let in more air. When the throttle is shut, the incoming air is limited so the engine speed is slowed down. When the throttle is wide open, the engine takes in as much air as possible, raising the engine speed and allowing it to produce the maximum level of power. 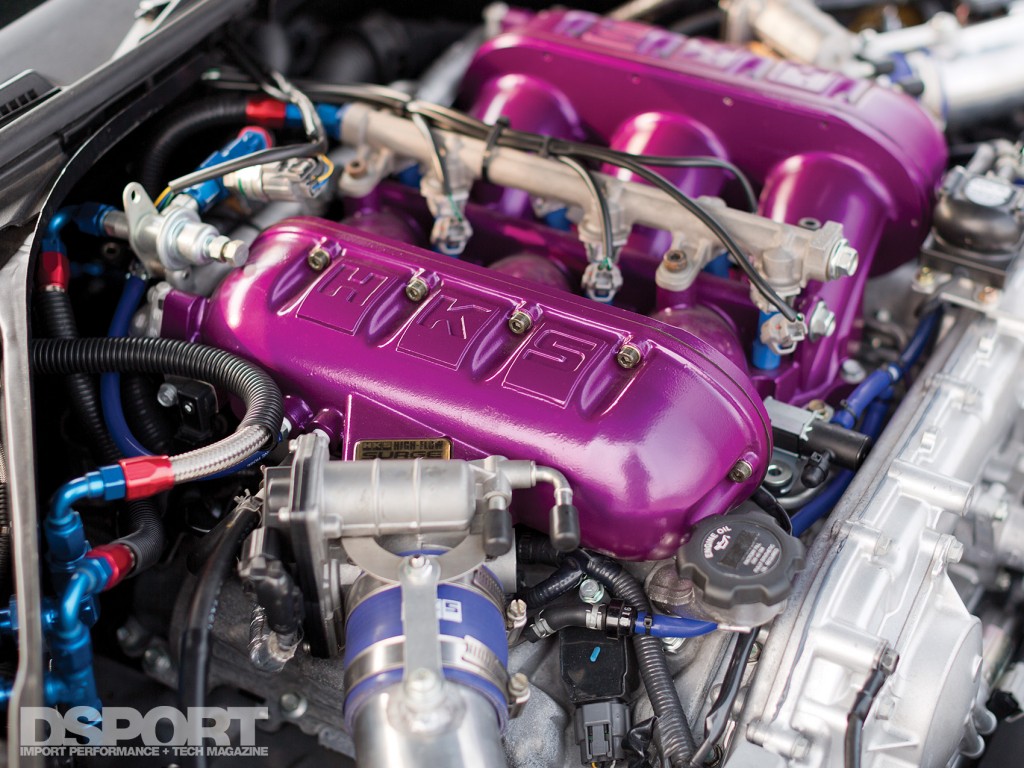 This VR38DETT engine employs a set of aftermarket intake manifolds to optimize equal airflow distribution to the combustion chambers.

On most applications, the intake manifold holds the fuel injectors. These injectors are electro-mechanical valves that are commanded by the engine control unit (ECU), a small computer that acts as the engine’s brain. The ECU controls the amount of fuel being injected into the engine by constantly changing the amount of time the injectors stay open or closed. Under cruise or light throttle conditions, the ECU maintains the proper ratio of fuel being injected relative to the volume of incoming air to produce the lowest possible exhaust emissions and keep the catalytic converter working efficiently. When the throttle is wide open and allowing the maximum amount of air into the engine, the ECU will command the injectors to stay open longer so they can inject a greater amount of fuel relative to the amount of incoming air. This creates a greater volume of combustible air/fuel mixture, which in turn means more power output.

The part of the intake system that’s most familiar to the general public is the series of pipes and chambers that lead cooler air from outside the engine bay through a filter and eventually to the throttle body. In general, the complete intake system encompasses all of these parts. 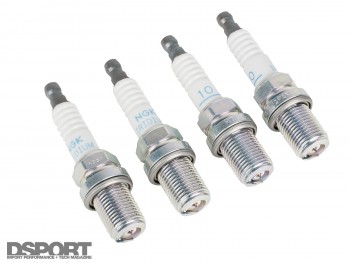 In order to have enough voltage to create a strong enough spark in the combustion chamber, a car’s ignition system usually includes an energy transformer called a coil. The coil converts the 12-to-14 volts supplied by the car’s charging system into a high-voltage current (15,000-to-35,000 volts) that flows from the coil to the distributor. The distributor is the unit that sends this voltage through spark plug wires to the correct spark plug to fire at the appropriate time. 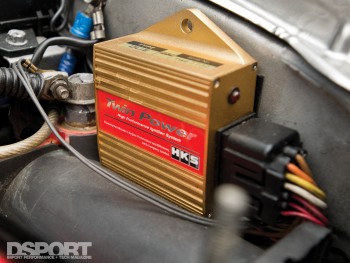 The exhaust system is simply the tubing that directs burnt exhaust gasses away from the engine and, usually, out of vehicle’s back side. The complete exhaust system consists of the exhaust manifold, a catalytic converter (on pollution-controlled vehicles), exhaust piping and a muffler. The exhaust manifold collects the exhaust gasses from each of the exhaust ports in the cylinder head and routes them into a single pipe called a collector. On non-turbocharged engines, this entire assembly or unit is called a header. If an engine has a single cylinder head, then there is only one header. If it has dual heads, such as those found on V6 or V8 engines, there are two headers – one for each exhaust port bank on each cylinder head. If so equipped, the header leads into the catalytic converter where the amounts of hydrocarbons, oxides of nitrogen and carbon monoxide are reduced. After the catalytic converter, the gasses flow into the exhaust pipe where they are routed to the muffler. The muffler’s job is to reduce noise to an acceptable level before directing the gasses out into the atmosphere. 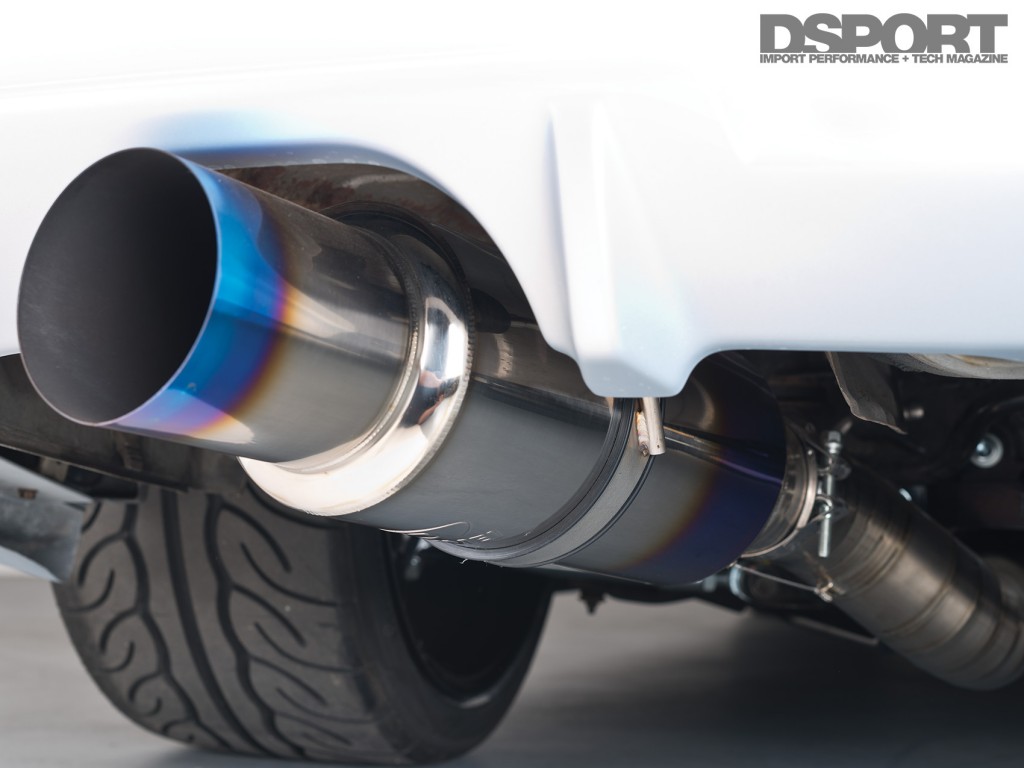 The cooling and lubrication systems of the engine are not directly responsible for moving your car forward, but they do deserve an honorable mention since they are still necessary and critical systems that keep your car’s engine alive. The cooling system circulates a mixture of antifreeze and water, known commonly as coolant, throughout the block and cylinder to deal with the waste heat of combustion. The water is pumped out of the block to the radiator, which is a heat exchanger often located at the front of the car. The radiator allows the water to cool down, after which it is re-circulated back into the engine block. Be sure to properly maintain an engine’s cooling system as a faulty one can destroy a motor very quickly by allowing it to overheat. 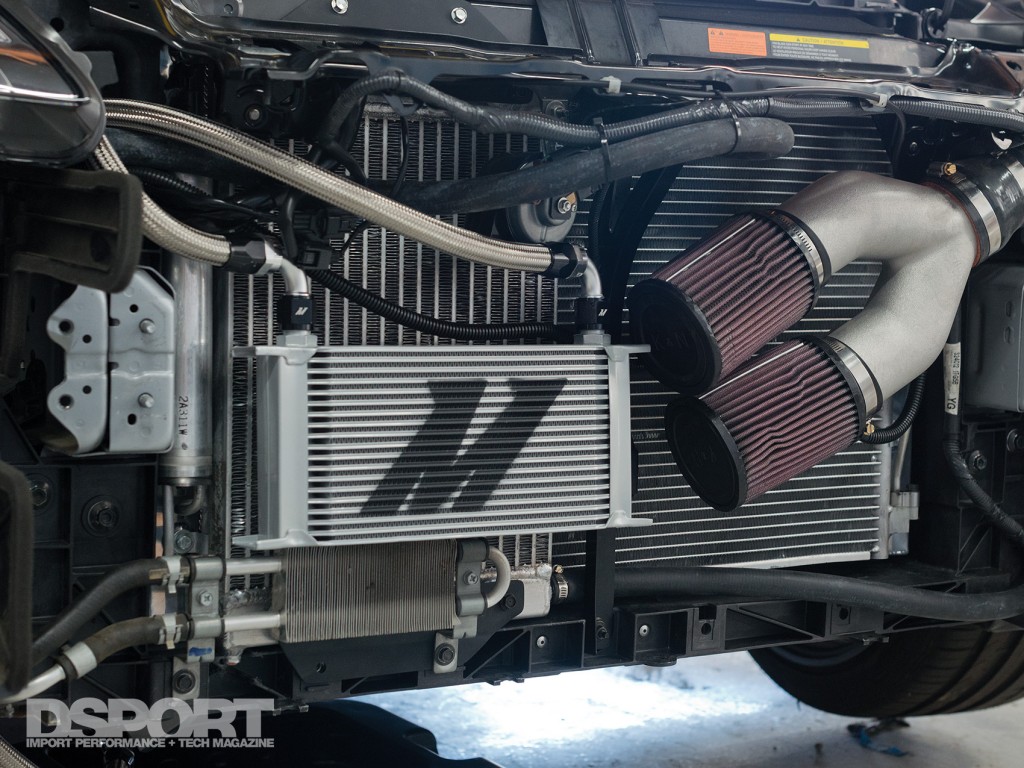 The lubrication system of an engine consists of a pump and a closed-line system that delivers oil to all of the areas that require lubrication, specifically to the crank and rod bearings as well as the valve train. The pistons and connecting rod wrist pins usually rely on oil that is flung off the fast-rotating crank for lubrication. The oil pan, where all of the oil pools and collects before being drawn back into the engine by the oil pump, sometimes partially submerges sections of the crank, which allows it to splash and slosh oil around to other engine components that require lubrication.

Besides overheating an engine, another quick way to ruin an engine is to run it out of oil. My neighbor’s older brother almost trashed his Acura’s engine by doing this. He did not realize that he was supposed to periodically check the oil level and he ran the engine’s oil supply down to nothing. Fortunately, he asked me what the oil pressure warning light meant and we caught the low oil level before any damage was done.

Don’t laugh – that last story and all the information we’ve presented here about how engines work may seem like common sense to some of you, but for those that read this far and learned something, this might all be new information. Don’t be discouraged though; the only reason I know this stuff is that it was drilled into my head by my engineer father. My neighbor’s father owns a restaurant and didn’t teach his son, my friend, anything about cars. By the same token, my engineer dad cannot cook awesome Chinese food no matter how hard he tries.