You are at:Home»The Tech»Education»Shock Tuning 101: Dyno your Dampers for Optimized Handling

To gain a better understanding of both the factory shocks and a set of aftermarket KW Variant 3 adjustable coilovers for our Project Fiesta ST, we ran a series of tests on a Roehrig Engineering 5VS dynamometer. We created a multi continuous velocity plot (CVP) test to assess the performance of the shocks. The multi CVP test collects data continuously throughout a complete cycle of compression and rebound. In the supplied SHOCK software, we first set up a temperature-based warmup to get the shocks up to 100-degrees Fahrenheit. This way, all the shocks would be tested at the same temperature for a fair comparison. Immediately following the warmup cycle, the dyno administered the test starting at a velocity of 1 inch/second then incrementally increasing to 15 inches/second by increments of 1 inch/second. We completed this test for the factory front and rear shocks as well as the front and rear KW Variant 3 shocks in various combinations of compression and rebound settings. 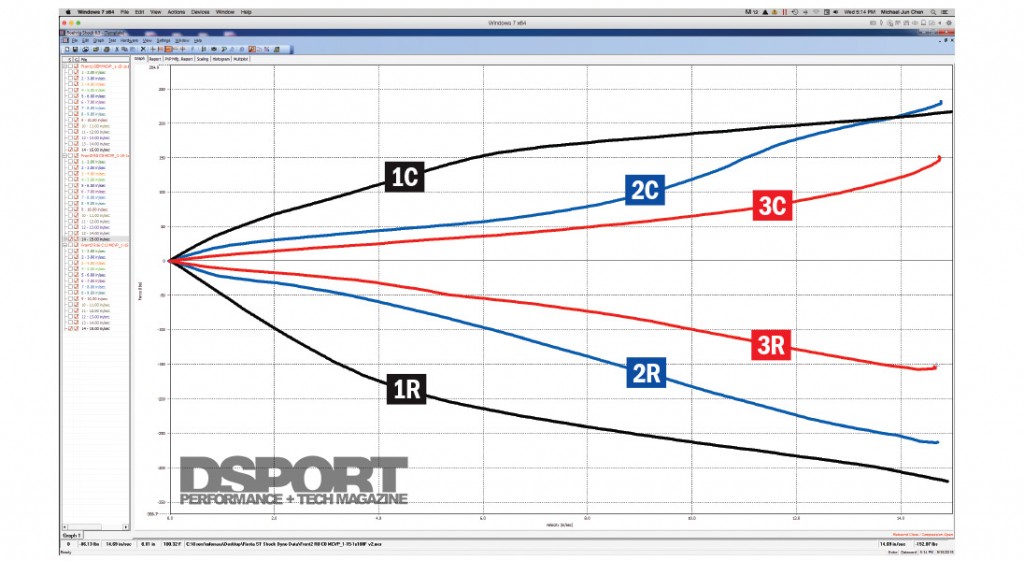 The maximum compression (2C) and rebound (2R) force graphs of the KW shock indicated that the force output of the shock was between the factory shock and the minimum settings of the KW shocks.

The minimum compression and rebound settings of the KW shocks caused predictable changes to the output of the shock, with the entire plot generating lower compression (3C) and rebound (3R) force than the maximum setting. 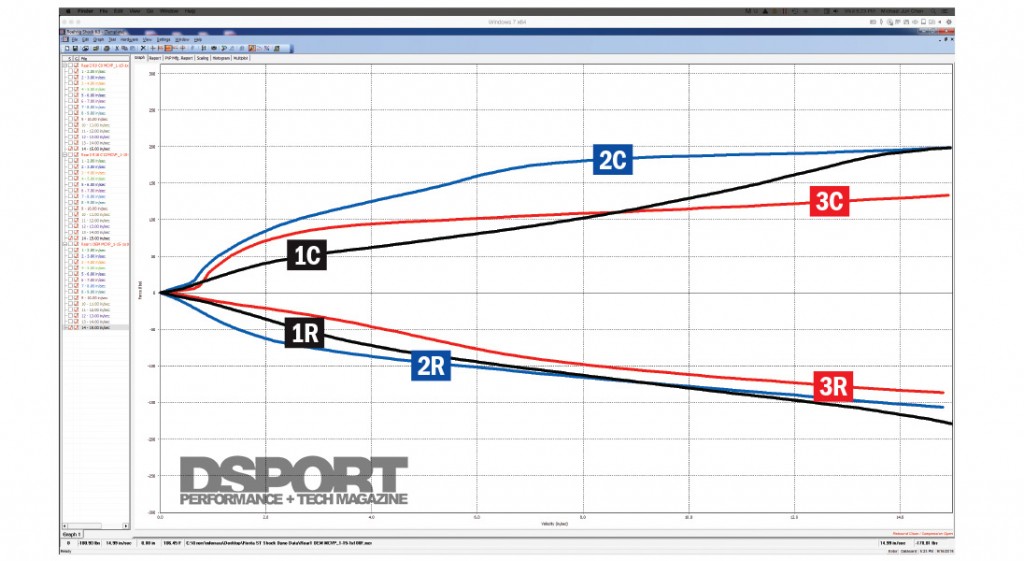 The factory shocks output the least compression force in our testing for shock speeds up to approximately 9.0 inches/second but the rebound force was intermediate to the minimum and maximum rebound force of the KW shocks.

The maximum compression and rebound force outputs of the KW shocks were greater than the factory shocks throughout the graph which was tested up to 15.0 inches/second.

The minimum compression forces (3C) of the KW shocks were greater than the factory shocks until approximately 9.0 inches/second. 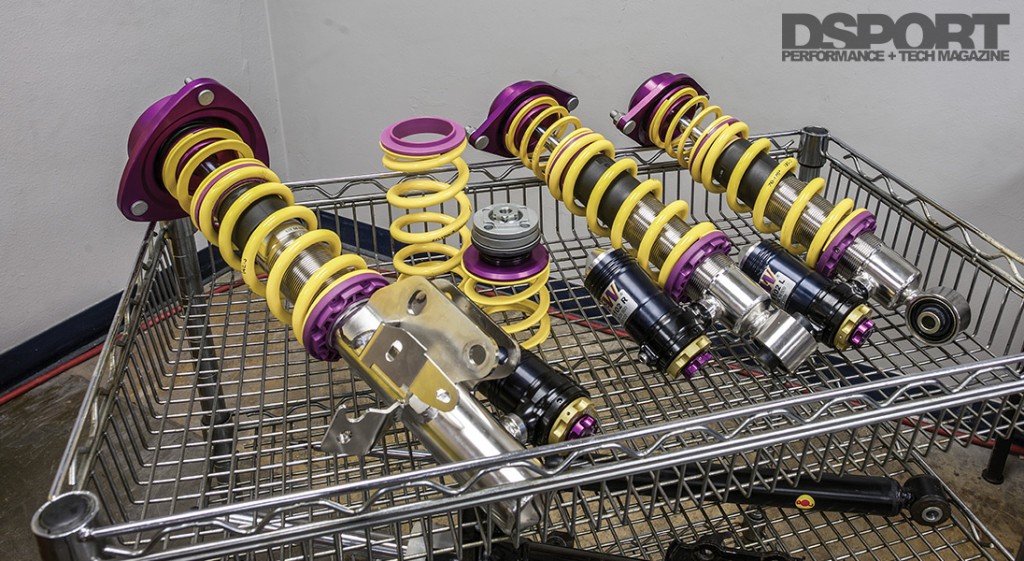 The rear KW shocks perform much more similar to the factory shocks. The KW shocks’ rebound adjustment can even be set to output less, the same, or more force than factory. In the compression phase of the rear shocks, comparison of the factory shocks to the KWs shows an increased output in force during low velocity in both the minimum and maximum settings. During high shock velocities (above 8.5 inches/second), the Variant 3s can be adjusted to match the factory compression force.

Knowing this information before heading to the track allowed us to adjust the shocks to our predicted desired settings, saving time and effort. We also were able to determine which settings yielded close-to-factory performance, which we used as a starting point for our suspension adjustments. Going forward we will be fine tuning the suspension of our Fiesta ST, stay tuned!