IT’S ALL IN THE DETAILS. TO VETERAN PROJECT CAR BUILDER and Meguiar’s Inc.’s Associate Director, RJ de Vera, having it done his way has always been the case. Having participated in a number of projects during his career, his meticulous attention to detail has always set his builds apart from the rest. When Scion unveiled its FR-S Concept at the New York Auto Show, RJ knew that this would be his next project car. “When I first saw the FR-S concept, I was sold. The bodylines were elegant and emulated some of Europe’s exotic car styles. I got in touch with Scion and shortly after its release, we had an FR-S press car in our possession to build for the 2012 SEMA Show,” he commented.

For RJ, building a project car is more than just bolting on parts and spraying on custom paint before rolling into a show or event. It’s a way to put his creative vision into physical form. RJ joined forces once again with long time collaborator Jon Sibal of Jonsibal Design to render a concept sketch of the build. From exterior color to accents and wheel color, the design team put its creativity to work. RJ wanted to present a European sportscar feel for this build, stating, “Our goal was to produce a baby Euro exotic using the capable Scion FR-S as the foundation. Every part and upgrade was carefully chosen to ensure that the overall feel of the car was clean and elegant yet striking and bold in personality. It was quite important to us that the car had a fit and finish that one could imagine coming from an OEM bespoke division. We codenamed this venture ‘NuR Concept’, a hint at the European influence you can expect to see in the build.” To execute the game plan, RJ partnered up with Shoreline Motoring in Huntington Beach, California to make his vision a reality. 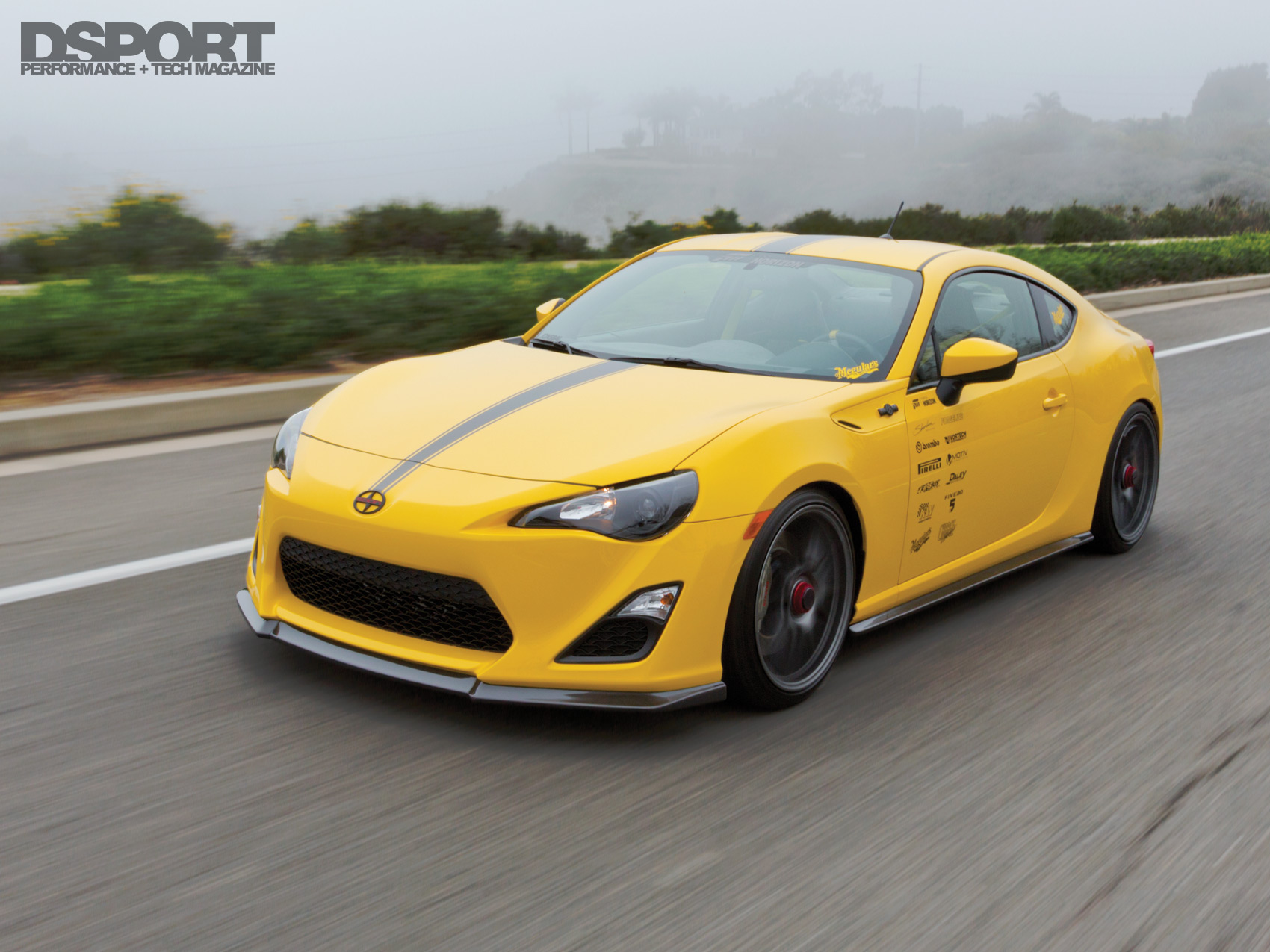 Shoreline Motoring started by stripping the interior and prepping the FR-S shell for paint. As this was a Meguiar’s build, the obvious theme color was “Fly Yellow”. While the paint cured, RJ searched for exterior accents that didn’t involve a body kit. His solution came in the form of Chargespeed carbon fiber. The lip kit, side skirts and rear spats contrasted against the yellow hue without intruding on the factory body lines. Gunmetal stripes down the centerline of the body and black Scion logos further stand out against the bright skin. 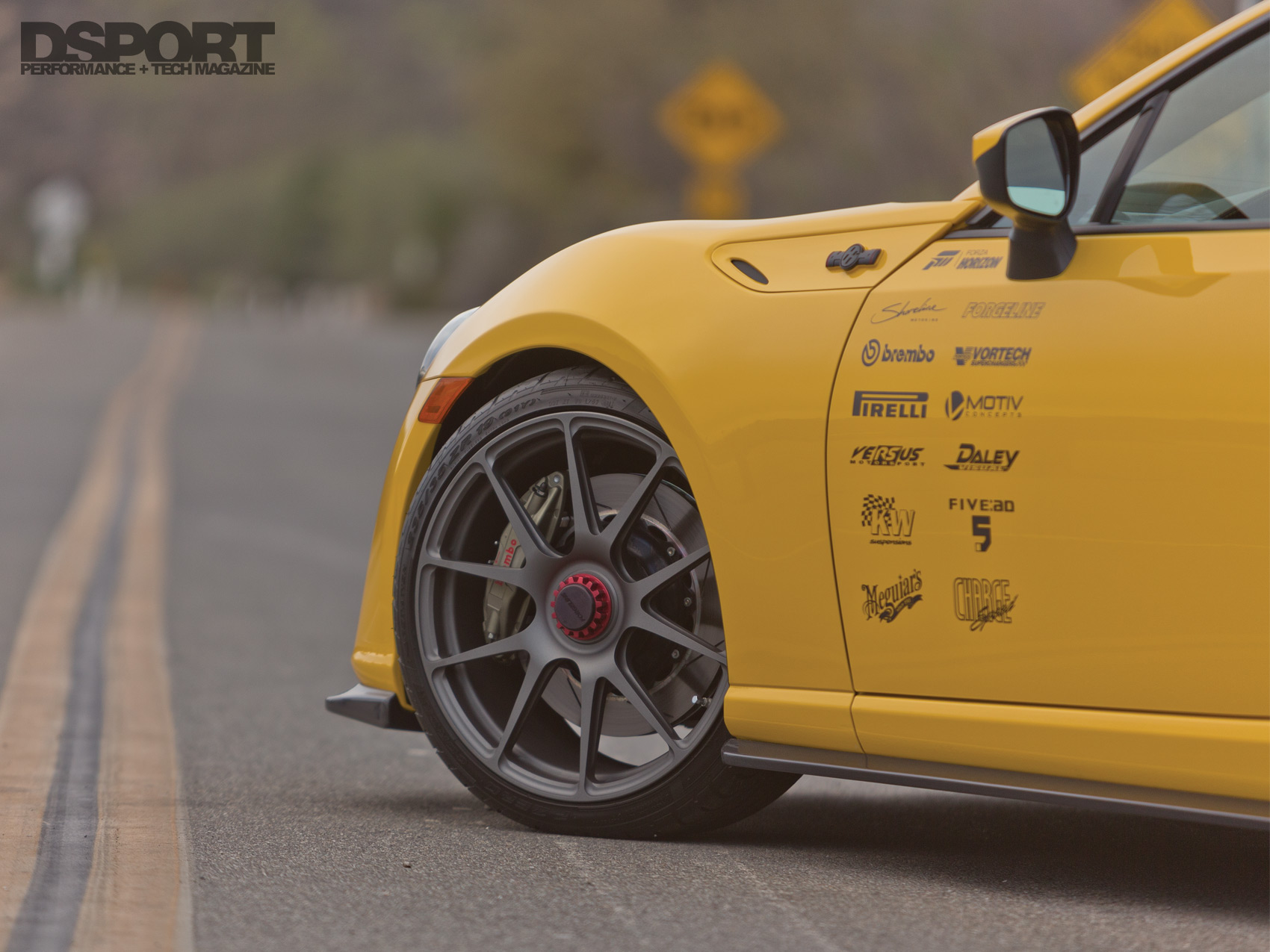