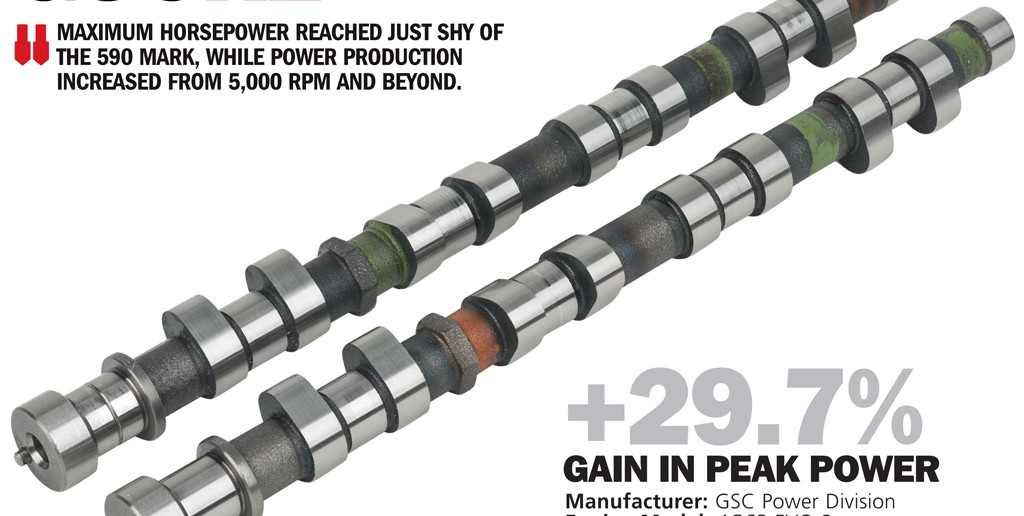 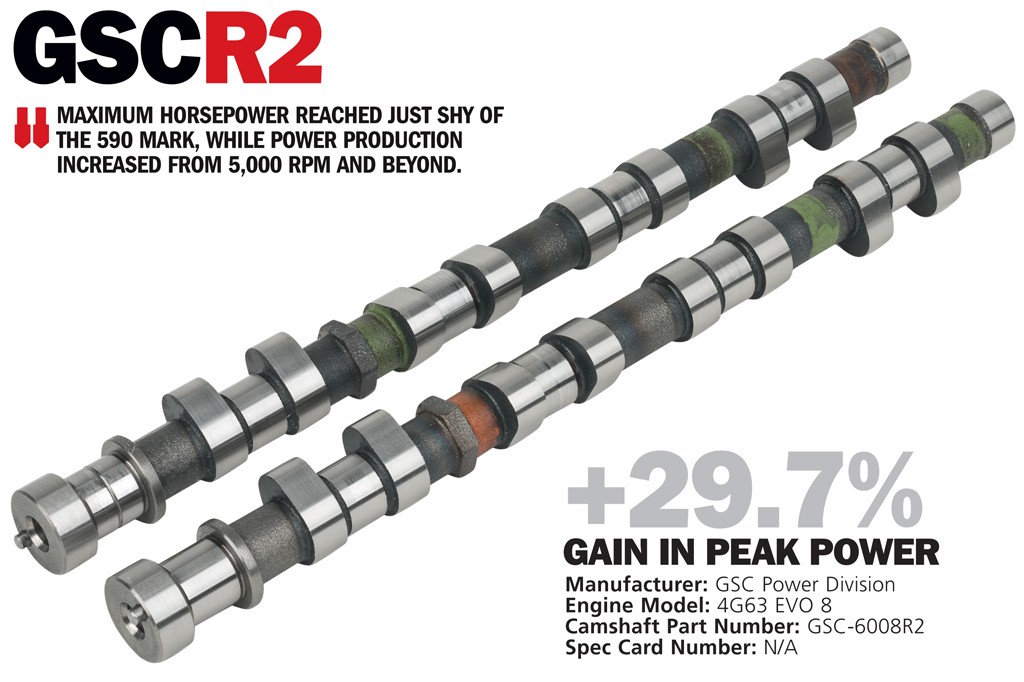 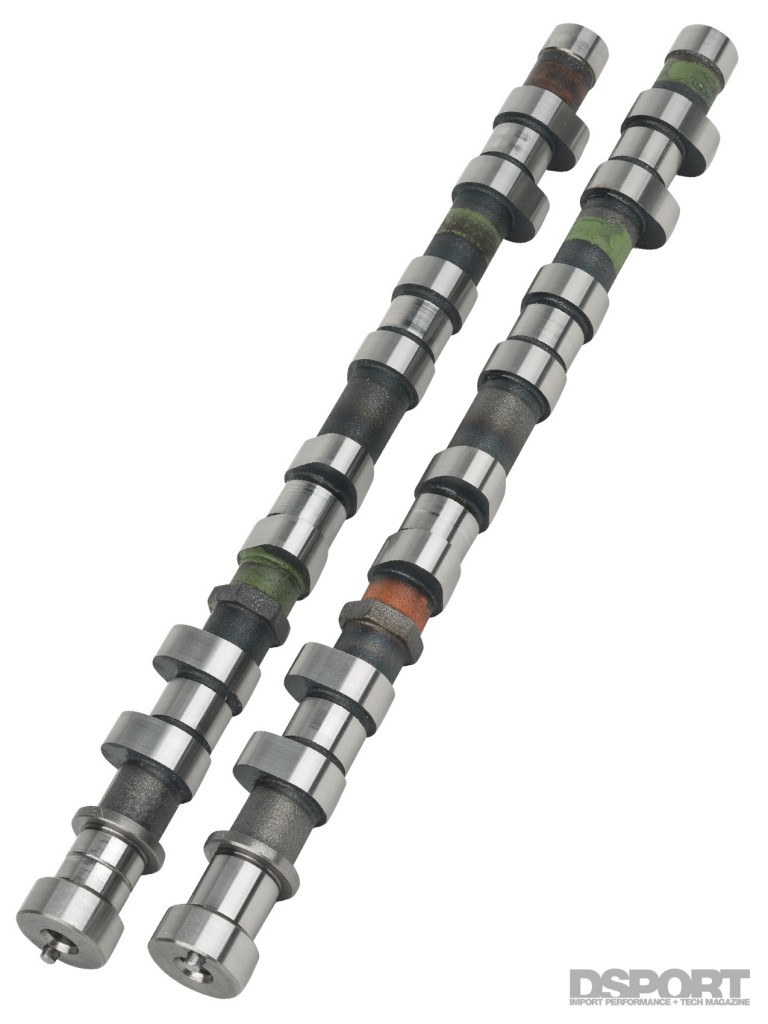 Designed for a stroker engine, the GSC R2 camshaft set delivers extremely high lift of over 12.0mm and a shorter duration than the GSC S3s. While very different in profile to the S3s, the R2s delivered a similar power curve on our EVO test vehicle. Maximum horsepower reached just shy of the 590 mark, while power production increased from 5,000 RPM and beyond. These camshafts gave the 4G63 a very lopey, race-car-like idle. Upgraded valve springs are required for the GSC R2s. 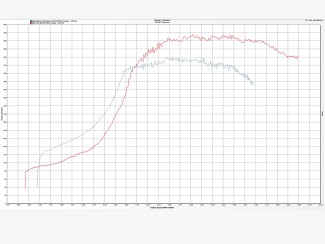 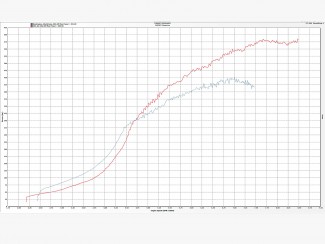