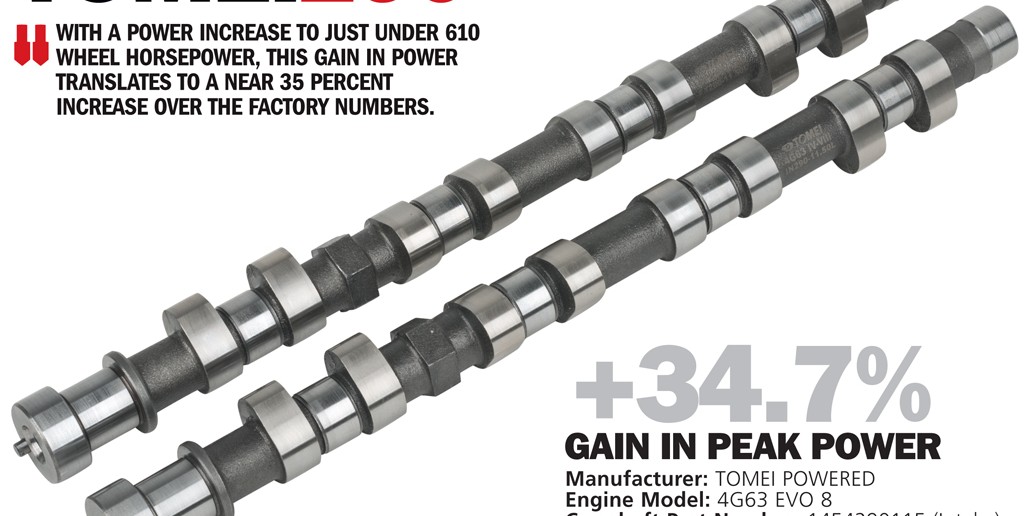 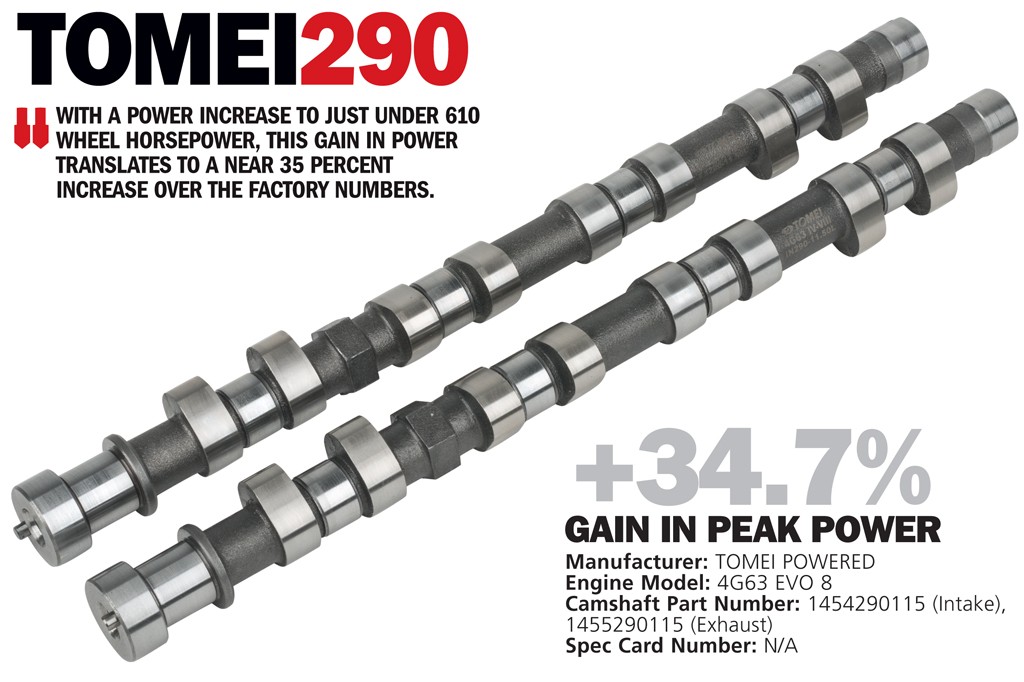 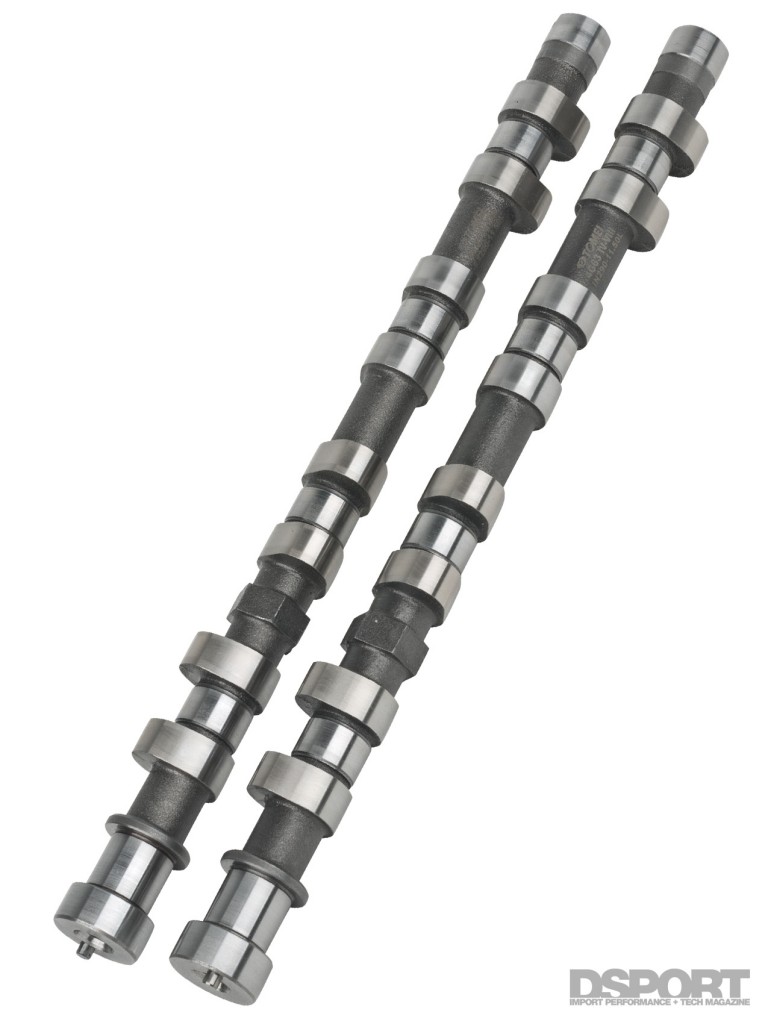 Hands down, these camshafts made the most power. Not only did the TOMEI 290s eclipse the 600-wheel horsepower mark, they completely destroyed it. With a power increase to just under 610 wheel horsepower, this gain in power translates to a near 35 percent increase over the factory numbers. Out of the 17 grinds we tested, this set of highest-duration camshafts introduced the most lope in the idle. From 5,000 to 8,500 RPM, the TOMEI 290s delivered enormous amounts of power as the RPMs continued to rise. Compared to the TOMEI 280s, these 290s trade low-tomidrange power below 5,000 RPM for peak power just prior to redline. TOMEI 290s required upgraded valve springs. 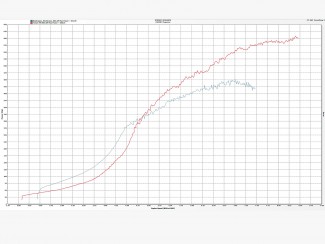 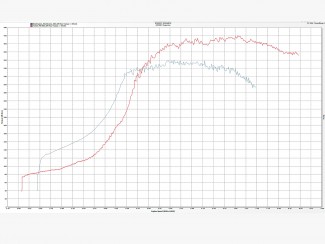