Have you decked your block? Resurfaced your head? Installed an aftermarket crankshaft or camshafts? If you answered “yes” to any of those questions, your camshaft timing may not be what the camshaft manufacturer specified. Improper cam timing can lead to reduced performance, increased fuel consumption and an increased likelihood of detonation. 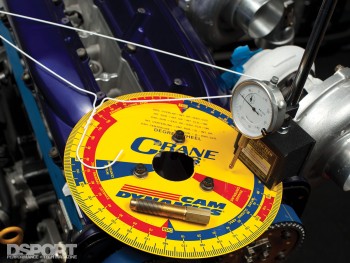 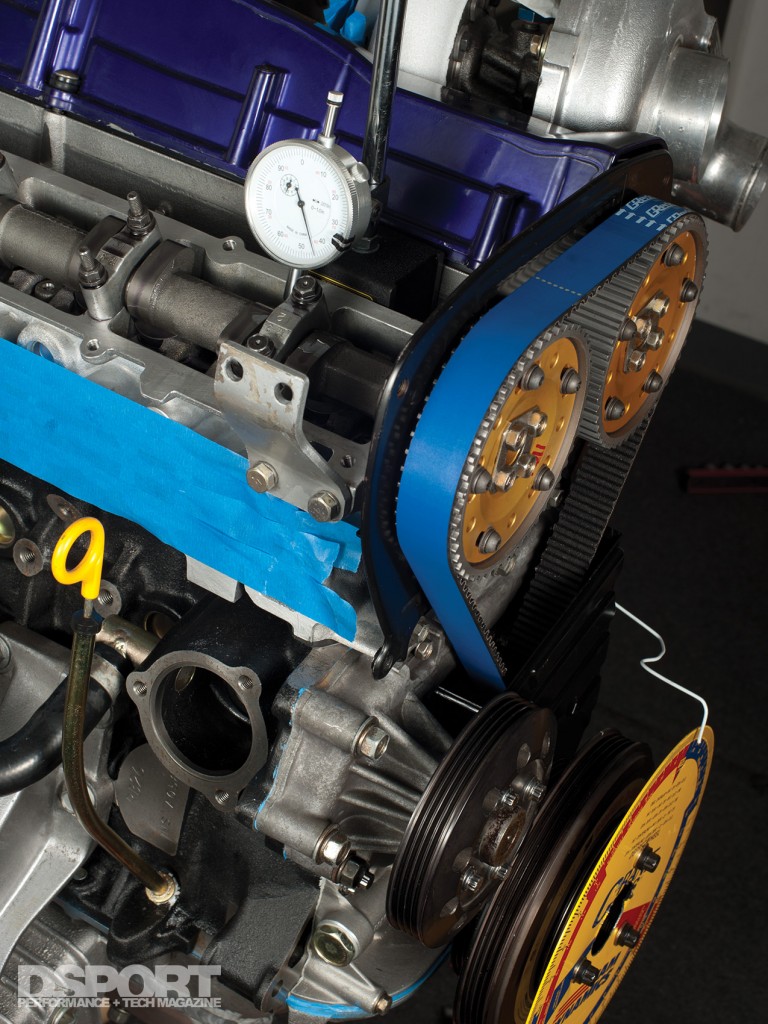 While it’s never a bad idea to degree the camshaft(s) in any engine build, it’s usually not imperative to degree the camshaft(s) on SOHC (single over-head camshaft) engines. With SOHC engines, the relationship between the intake and exhaust events is fixed; as both intake and exhaust lobe are ground at a fixed lobe-separation angle on the camshaft itself. Hence, an adjustable cam sprocket will simply advance or retard all of the valve events while keeping the lobe separation angle constant. This means that a tuning session on a chassis dyno will quickly allow the cam timing to be advanced or retarded to the position that provides the optimum power curve. From our experience, the majority of aftermarket SOHC camshafts will generally deliver the best curve between “straight-up” (manufacturer’s recommendation) and slightly advanced.

If you are taking the time to build your DOHC engine, get the tools and take the time to degree in your camshafts. Finding and correcting cam timing issues long before your engine sees its first drop of fuel will likely lead to a longer and happier life for your engine. It’s also likely to keep you from spending hundreds or maybe even thousands of dollars in trying to get your engine to run right.

Finding the REAL TDC is a must

A piston stop can be used to find the actual TDC position for the piston in the cylinder when the head(s) are on the engine. 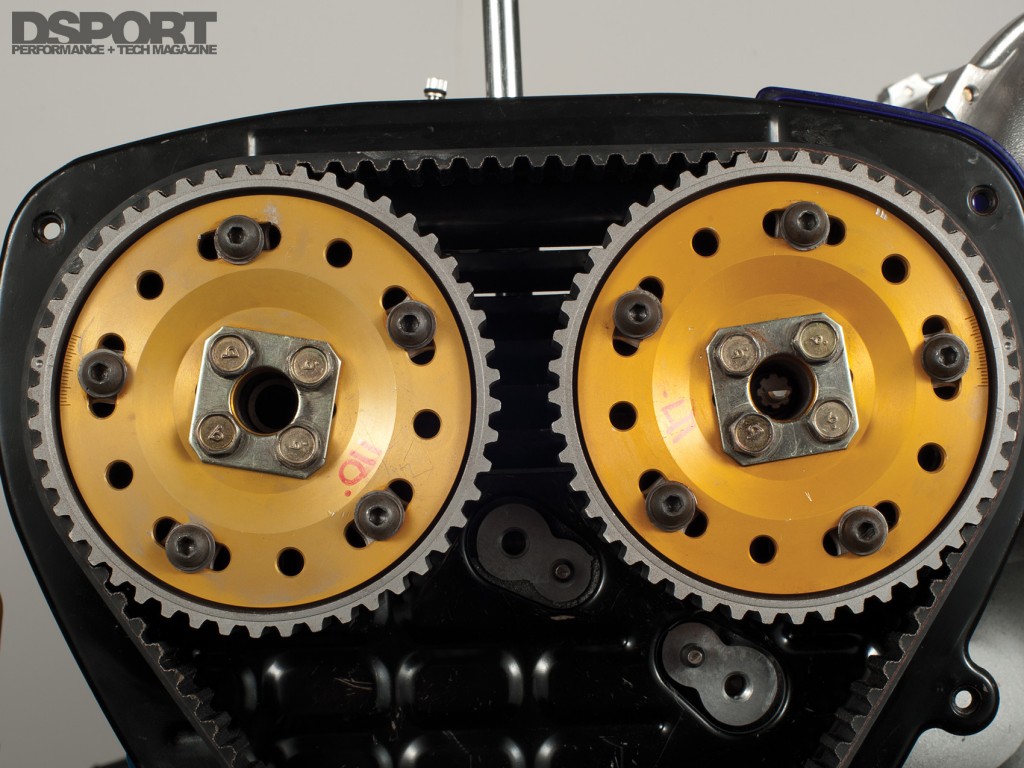 Most engines will have timing marks on both cam sprockets.

On the RB26DETT engine, the dot on the cam sprocket lines up to a dash mark on the back cover. There is also a timing mark for the balancer.