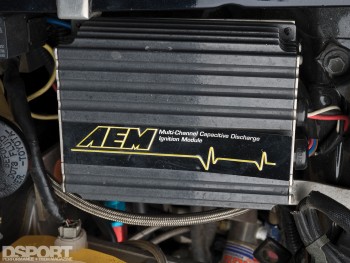 Fortifying the engine also encompasses reinforcement of equally important ancillary systems. Ensuring adequate fuel supply became the next focus of the build. Precision Turbo & Engine 1,600 cc/min injectors rely on a high- volume, fuel delivery system composed of three Walbro in-tank fuel pumps to ensure an uninterrupted supply of 118-octane race fuel. Commanding injectors that far exceed the factory ECU’s capacity led Pflanz to AEM for a tuning solution. A plug-and-play AEM EMS replaced the factory unit, offering near-limitless tuning capacity. To extract the maximum performance from the setup, the Supra was taken to UMS Tuning. With the chassis strapped to a Dynojet dynamometer, Tony at UMS Tuning optimized the fuel and ignition tables of the EMS. At 40 psi boost pressure, the Supra rocked the rollers to the tune of 1,141 horsepower and 831 lb-ft torque. Since his plans included trips to the drag strip, getting into boost quickly was a concern to be addressed. Thus, a Nitrous Oxide Systems direct-port nitrous injection system was plumbed and jetted for 75 horsepower, a modest squeeze that should give just enough bump to get off the line without spinning tires. 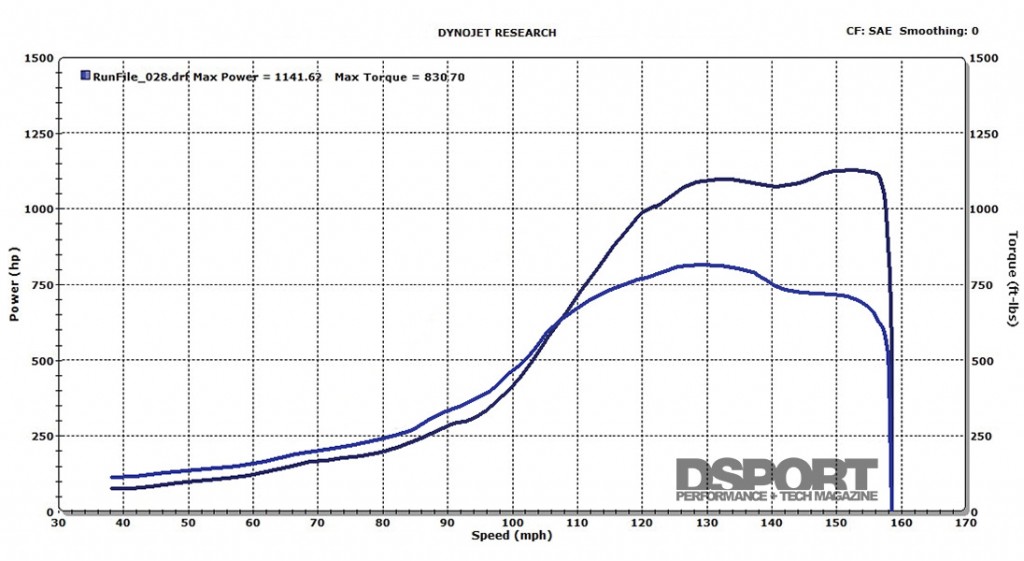 Getting a good launch not only involves power, but also requires the driveline and suspension to put the power down effectively. An RPS Carbon/Carbon clutch bolted to an aluminum flywheel transfers torque from the crank to the input shaft of the proven and reliable Getrag V160 transmission. This six-speed box gets the CCW wheels and BFGoodrich KDW tires turning quickly both on and off the track. For improved handling and better launches, HKS Hipermax III coilovers help to keep the tires planted. 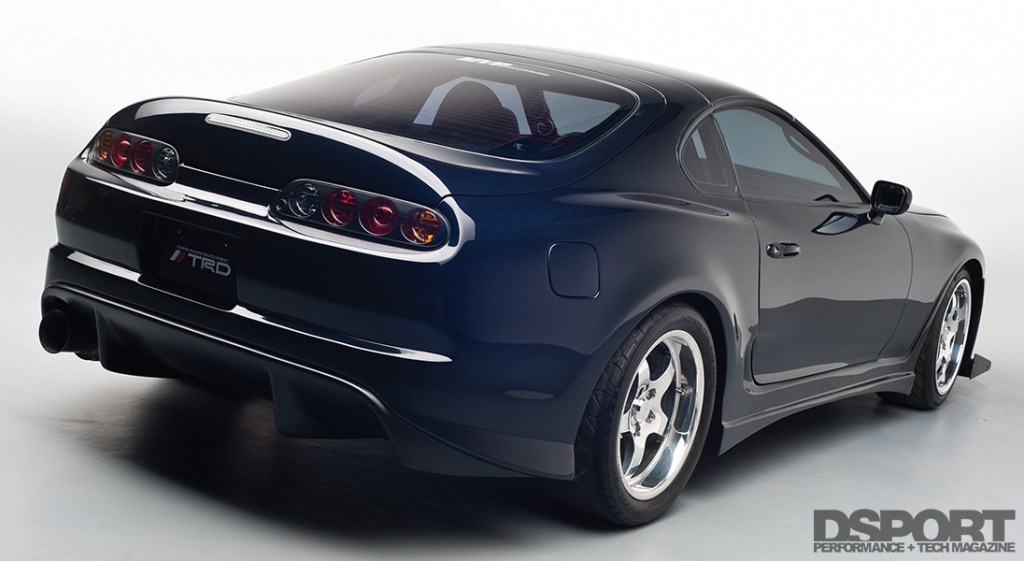 With the “go” objective satisfied, the build stepped up on the “show” side of the equation. To catch a judge’s eye, the Supra’s body lines needed to be enhanced. In the hands of Intense Power, a combination of exterior components from Ridox, Top Secret, Bomex, Do-Luck and Trial Sport give this Supra a unique appearance that Pflanz refers to as “a culmination of parts that are both functional and look good together.” Moving on to the interior, a pair of Sparco Monza seats replaces the factory pieces to position the occupants. Behind the seats are a pair of 5-pound nitrous bottles flanked by Rockford Fosgate amplifiers. The amps drive JBL and Alpine speakers in the doors, and JL Audio subwoofers in a hatch-mounted enclosure. Signal to the amplifiers come from a JVC double-DIN head unit.

This three-year build left Pflanz with a mixed bag of feelings as he states, “There were more low points in this build than highs. But in the end, the high points outweighed the lows and really made the effort seem worthwhile.” To what degree of gratification has he enjoyed? “Clearing the quarter mile in 9.89 seconds at 154 miles-per-hour, owning a vehicle that produces over 1,100 horsepower, and placing at nearly every show that I enter it into. For this year, I am concentrating on the 2012 Show season. With my new sponsor Meguiar’s car care providing me with show supplies, I intend to collect many more trophies before taking the car back out to the track.” With the 2012 calendar in place, look forward to 2013 when Pflanz puts the Toyota Supra back on the track to lay down rubber. 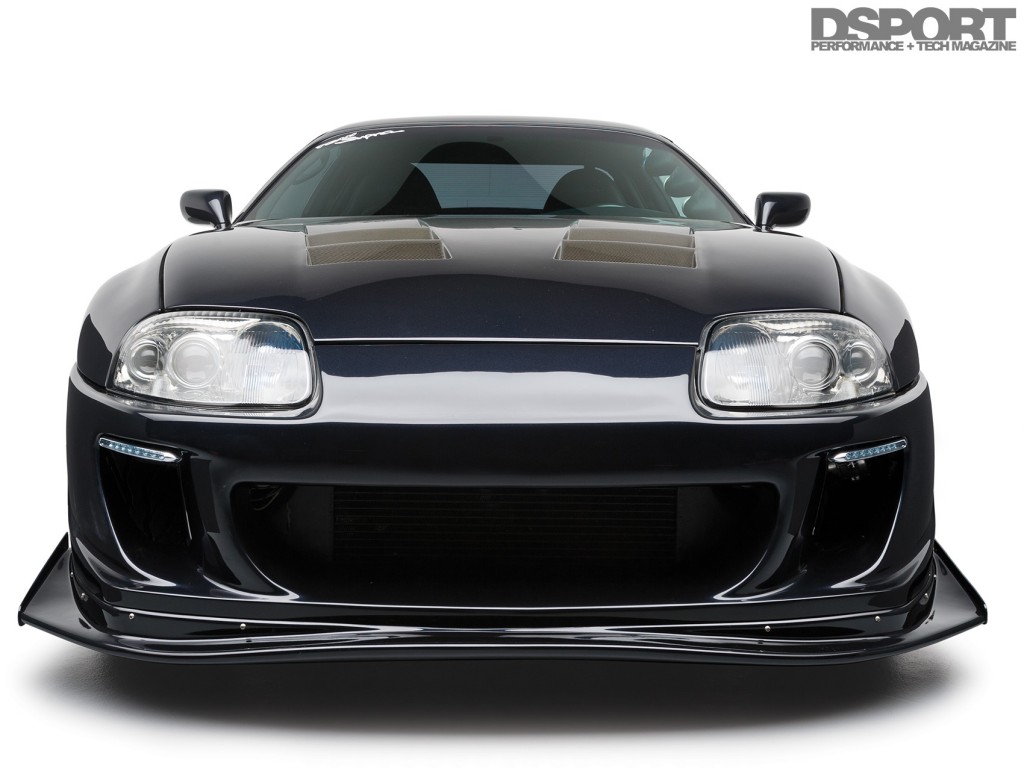