Trade ups can sometimes be disguised as trade downs, but in desperate times, running machines beat broken ones anytime. In fact, the trade down can sometimes be downright embarrassing. Jeff Guillote shared his experience with such a trade down and how it changed the course of his brand loyalty going forward. He stated, “I acquired my first Mazda Miata because I blew a turbo in a Nissan 240SX that I owned. A friend offered to trade my 240SX for his Miata, plus cash. I took him up on the deal, because I needed a running car at the time. At first, I was kind of embarrassed to drive the car, but after a trip to the track, I absolutely fell in love with it. I was amazed how well it handled and how reliable it was. It completely changed my perception of the car and gave me the love that I have today for Mazdas. I currently own two and have owned a total of seven.”

In 2007, Guillote rescued another Miata (his seventh Mazda), this time from a close friend. Guillote was the third owner, purchasing this 1990 NA6 for only $900. His friend bought it from the first owner with issues that he attempted to fix on his own. After a few months, he decided to offer the Miata to Guillote, who accepted it with enthusiasm. It turned out that the timing was advanced 20 degrees, and the plugs were completely fouled. After resolving these issues, Guillote drove the car daily. The original plan was for the car to be a simple 200-horsepower track/street Miata. But after five years, he pulled it off the road to be built up as a drift car. Guillote explained, “I chose to build this car because it reminded me of the Miatas I owned before. I’ve continuously raced Mazdas, including both RX7s and Miatas. It had been a while since I last owned a Miata. I really missed how much fun I had in this chassis. It was a big motivation to get back into one.” 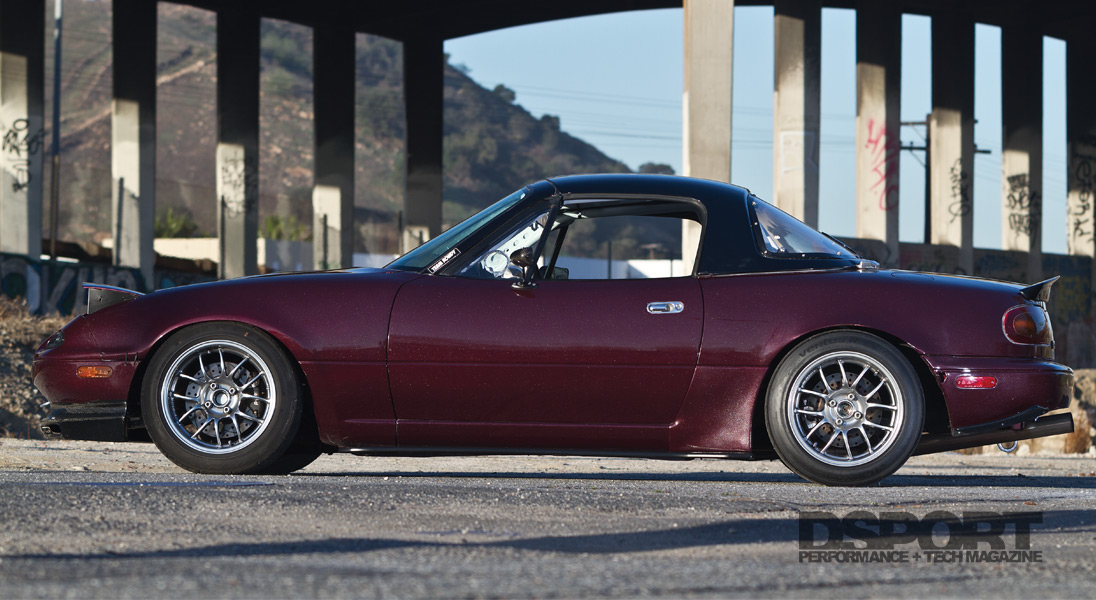 Starting entirely from scratch, Guillote wanted an engine he could flog on the track without hesitation. Word in the Miata community got around, and before long, he heard from his friend Jeff Abbott. Abbott had competed professionally for several years in Formula Drift, and his retired 2011 competition engine was up for sale. Guillote recalled, “I jumped at the opportunity to buy Jeff’s engine, as I wanted a strong and reliable mill. I figured that it would be more than enough engine, since I planned to run a much smaller turbo than he had.”

The Millennium Motorsports-built engine was based on the BP-ZE block from a 1997 Miata. With a fresh hone applied, a set of JE Pistons then filled the cylinders. Eagle connecting rods join the pistons to the factory crankshaft, which had been V-cut to reduce weight by 10 pounds. Up top, Millennium Motorsports lightly ported a BP4W cylinder head from a 1999 Miata. The valve seats were then cut to accommodate a set of Supertech +1mm valves. Stock BP4W cams provided lift for the larger valves. This cylinder head benefits from a slightly changed intake port angle and factory solid lifters compared to the stock BP-ZE head. They also eliminated the Variable Inertial Charging System (VICS) found on USDM engines by switching to a Euro-spec intake manifold for a less obstructed intake path. 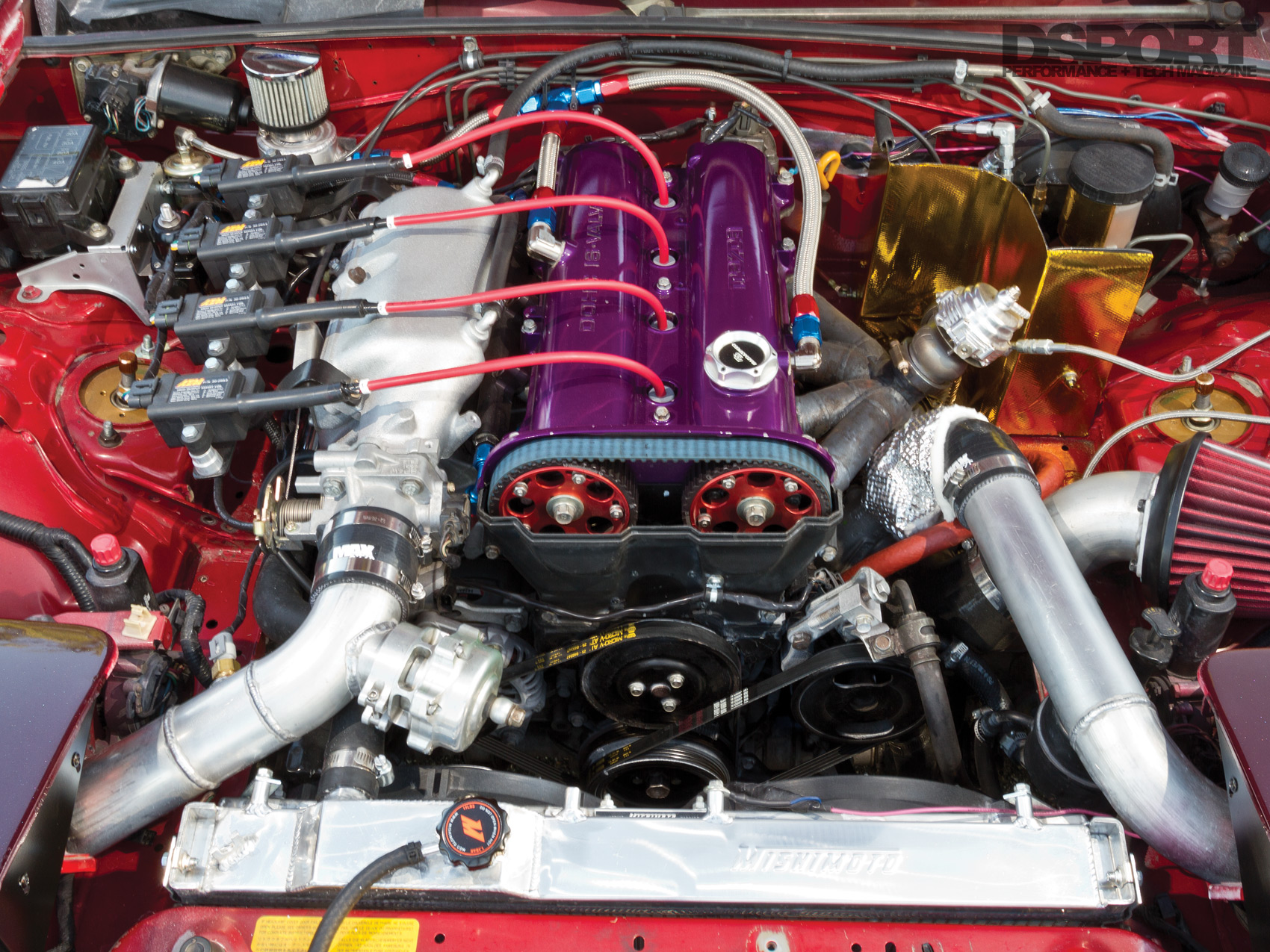