You are at:Home»The Cars»Features»723 WHP Evo IX | On Target, On Time

HOW MUCH WOULD IT TAKE TO GET QUICKER AND GO faster? $5,000? $10,000? For Chris Young, crunching the numbers to ensure a balance of budget to performance started with his first car, a 1991 Eagle Talon. Chris said, “My first Talon ran a 12.8-second pass at 106 MPH with only an A’PEXi VAFC, an open downpipe and a ported stock turbocharger. After that I was hooked on 4G63 power.” Since then, Chris’ addiction took him through three more Talons, the last of which was to serve as his full race platform. In 2006, he purchased a new Civic for daily driving. After making payments for a year and crunching the numbers, he concluded that he’d be better off consolidating his build effort into a street drivable racecar instead. He sold the Talon and traded in the Civic for a new 2006 Mitsubishi EVO IX. With a brand new platform and his favorite engine to build upon, he researched his options for quicker e.t.s, faster traps and daily drivability. 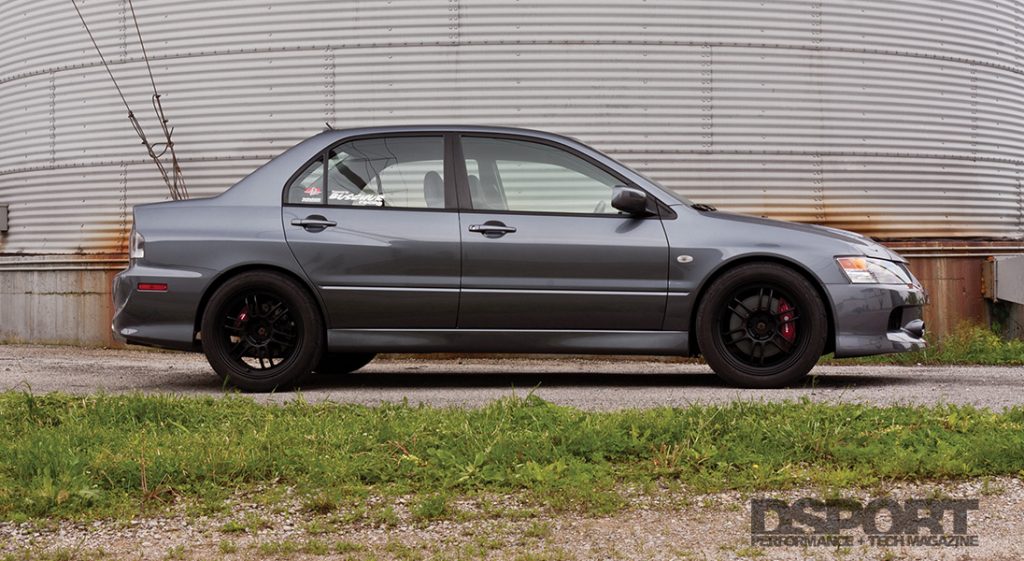 Chris set attainable goals each year with a set budget to make reaching the goal possible. His 2007 objective was to run mid 11-second passes with a stock turbocharger and premium unleaded fuel. He successfully hit his target with an 11.56-second pass at 118.8 MPH. For the next several years, he progressively raised the bar and set new budgets, making changes as parts reached or exceeded their performance limits. One method for keeping costs in check included performing much of the wrench work in his garage. He said, “Making the best out of what I have has worked well. I’m proud that I did all of the work under the hood (with the exception of the engine and transmission builds). Many people do too much at once and never spend enough time dialing in to achieve the optimal setup. I take pride in being able to beat guys that have more power and modifications with my simple setup.” 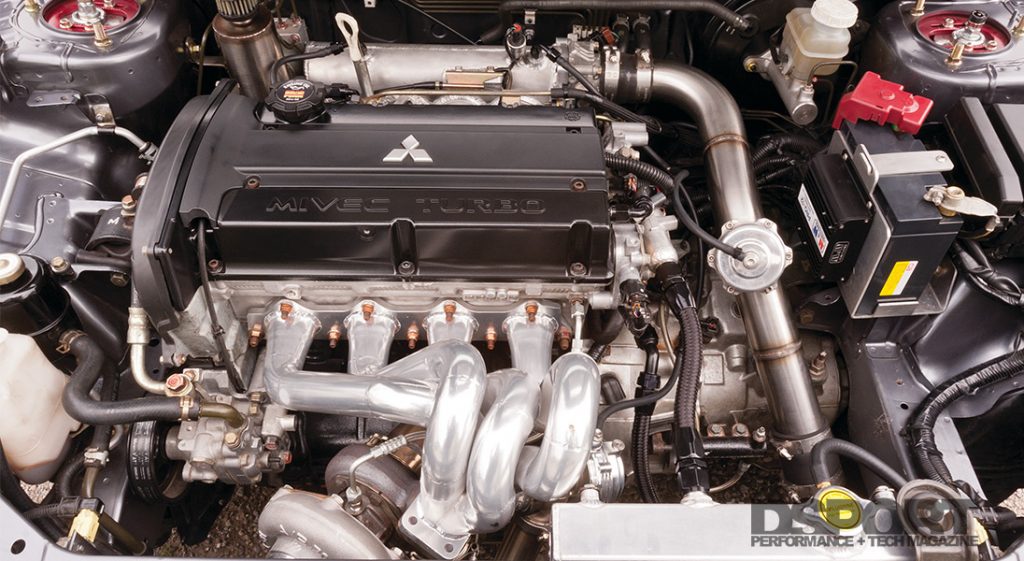 Stepping Up The Power

In 2011, after running progressively larger “stock framed” turbochargers, Chris decided it was time to move into a T3-framed turbocharger. “I maxed out the stock turbocharger and an FP Green on the stock engine. I then upgraded to a Buschur Stage III block and maxed out an FP Red and an FP Black. The FP Black helped me dip into the 9s and break 600 horsepower, but I could not improve on my 9.79 pass at 145 MPH.” To get to the next level, he selected a Forced Performance ball-bearing HTA GT3586R turbocharger. This turbo bolted to a Buschur Racing small-runner forward facing manifold. 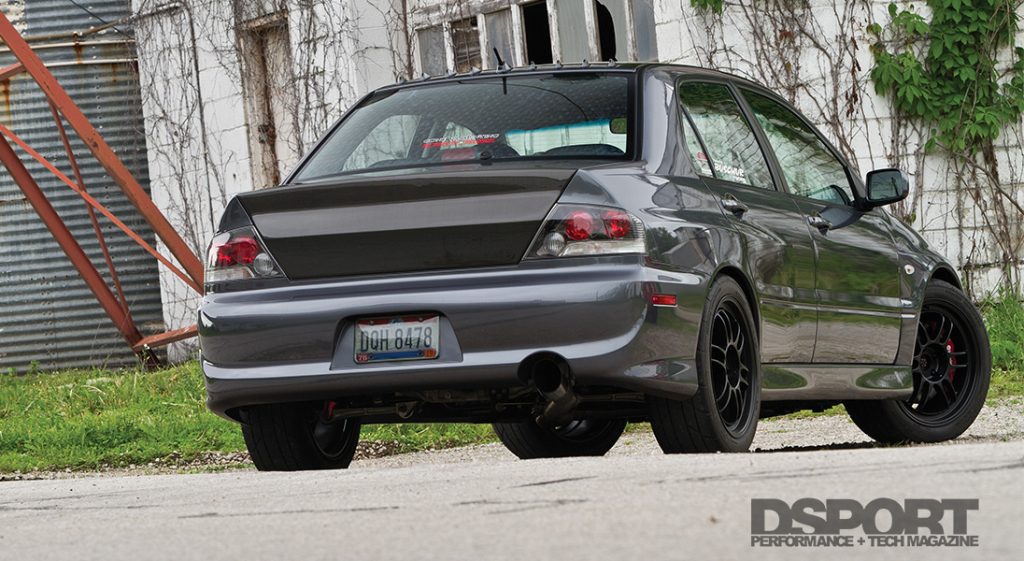 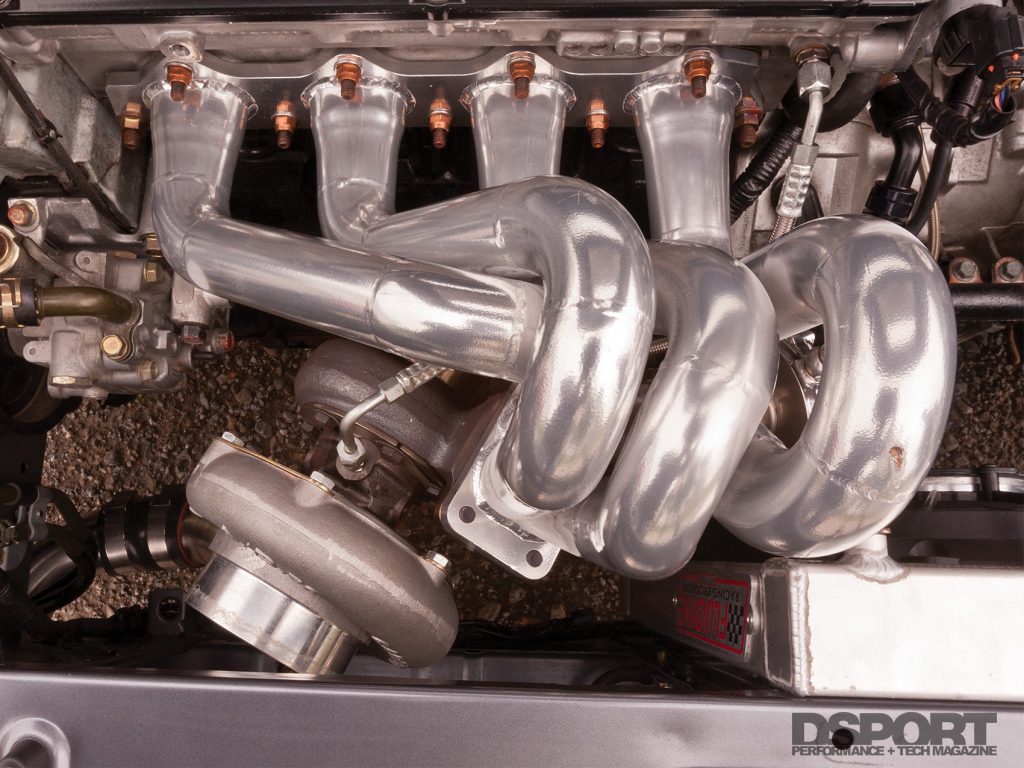 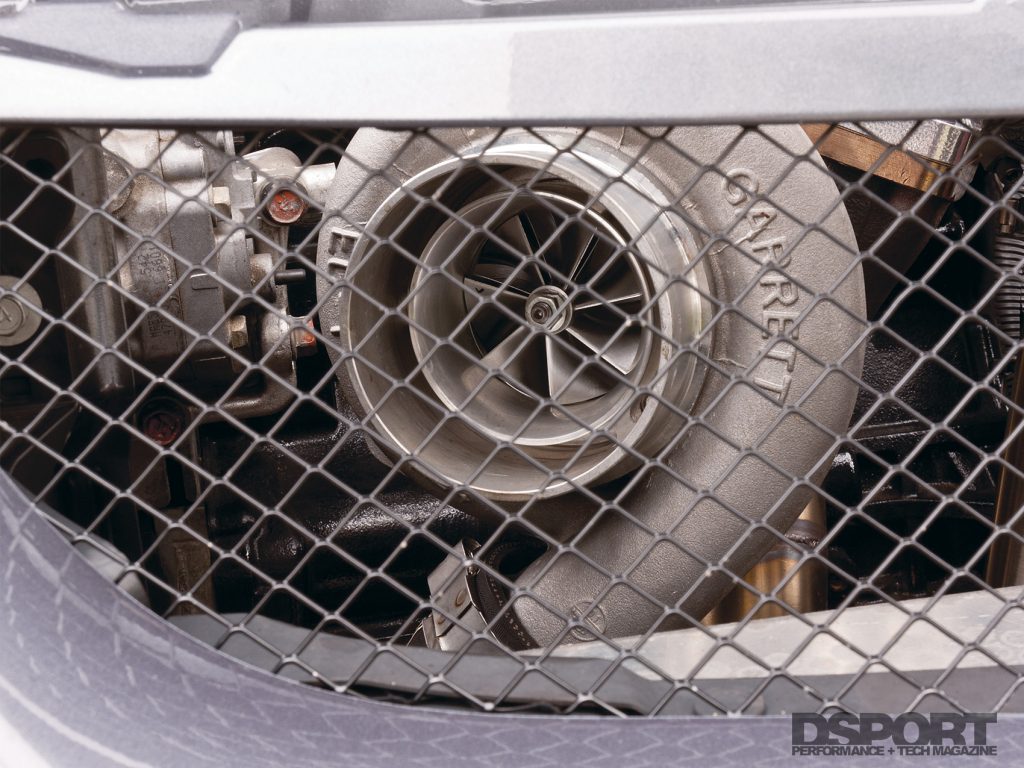 The setup positions the compressor inlet just behind the bumper grill, necessitating the switch to a half-width Fluidyne radiator. With the tank full of E98, the EVO returned to Buschur Racing for tuning. David Buschur adjusted the fuel and ignition tables on the Mustang AWD dynamometer. At 42psi of boost pressure, the EVO put down 723.7 whp and 569 lb-ft of torque to the wheels. Compared to his journal bearing FP Black, the GT3586R offered a power curve that was only 100 RPM slower but offered over 100 additional horsepower and 57 lb-ft additional torque. With the additional horsepower and torque, Chris went back to the track and improved upon his personal best with a 9.4204-second pass at 151.07 MPH. 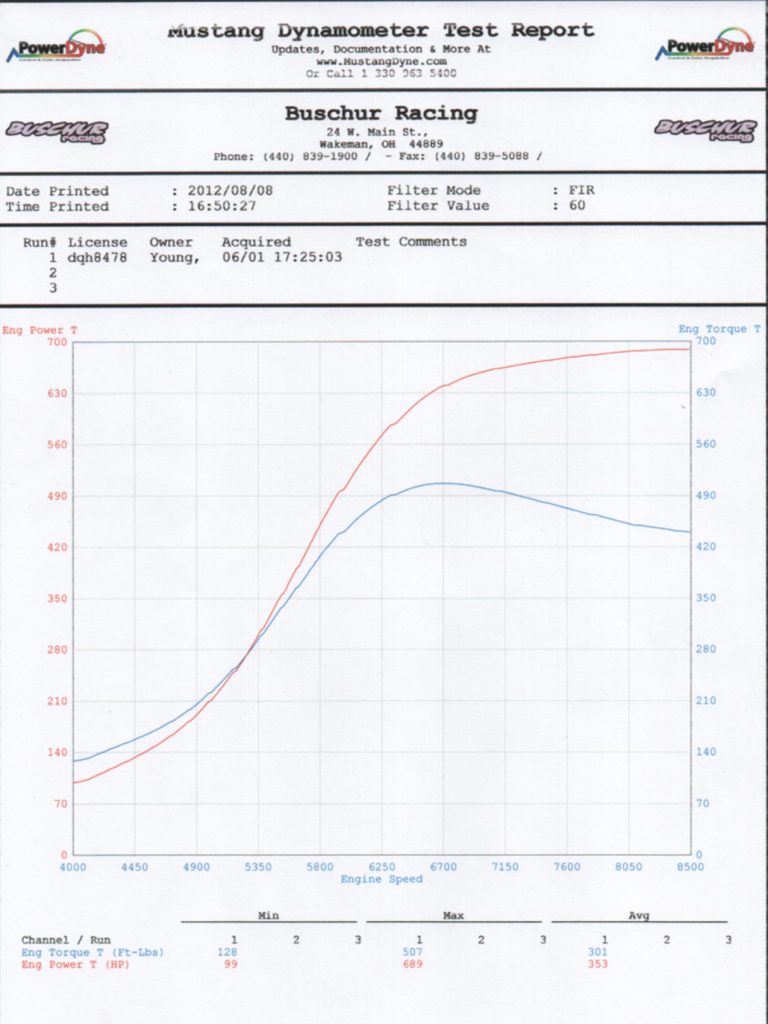 Chris set a goal to reach the 8-second mark and to drop his 60-foot times down to 1.3 seconds. “I’ve always gained motivation from others who’ve set records. With my latest round of modifications and overall weight reduction (the car weighs in at 2,597 lbs.), I am aiming for 8s,” Chris said. To be sure that his setup runs at peak performance, Chris brought his EVO back to David Buschur for another round of fine tuning. Only time will tell if his next report is a positive one.