Changing up the program keeps the interest alive. Staying with the program includes evolving with the trends and the times. Long-time Honda fanatic Paul Armstrong wanted to build another Honda Civic, but he wanted to build it differently. His first build was a Civic coupe, his second was a CR-X. When he sold the CR-X, he gravitated to this EG hatchback. He purchased the car with the intent to build it differently from the norm. The K-series engine swaps were still uncommon compared to the B series but had become more accessible and enjoyed greater support from the aftermarket as more tuners began to embrace the B-series successor. The initial plan was to drop in a stock K20 engine and enjoy the car naturally aspirated.

However, a fateful ride in Slowmotion Motorsports’ turbocharged Integra raised the bar and the project goal. Paul planned to eventually build and turbocharge a K-series engine in order to drag race the Civic competitively. Paul started working on the Civic at his paint and body shop, Design in Motion. With a fresh coat of paint and painstaking hours of shaving the engine bay, the Civic brandished a show car quality finish. The engine-swap project was moved into high gear when Paul received a phone call from his fiancée, informing him that the tired factory single-cam engine had failed on her commute home.

Paul relished in the broad support that the aftermarket offered for the Civic and the K-series engine. He believed that buying the best that he could afford would make all the difference in reliability, longevity and durability. Paul comments, “I took my time selecting and buying (what I feel are) the best parts for this car. One overlooked item can make or break a race, which I never want to happen, especially if it was something I could have prevented.” With this preemptive attitude about his build, a spare K20Z1 engine was torn down and reinforced while the K20A2 longblock kept the EG on the road. The aluminum K20Z1 block was reinforced with a set of Darton M.I.D. sleeves. Once bored and honed to the factory spec 86mm, attention shifted to the rotating assembly. The crankshaft was micro-polished before taking its place on the main journals. ARP main studs secured the main caps while Manley Turbo Tuff connecting rods made the connection between the crank and 9.0-to-1 compression CP pistons. 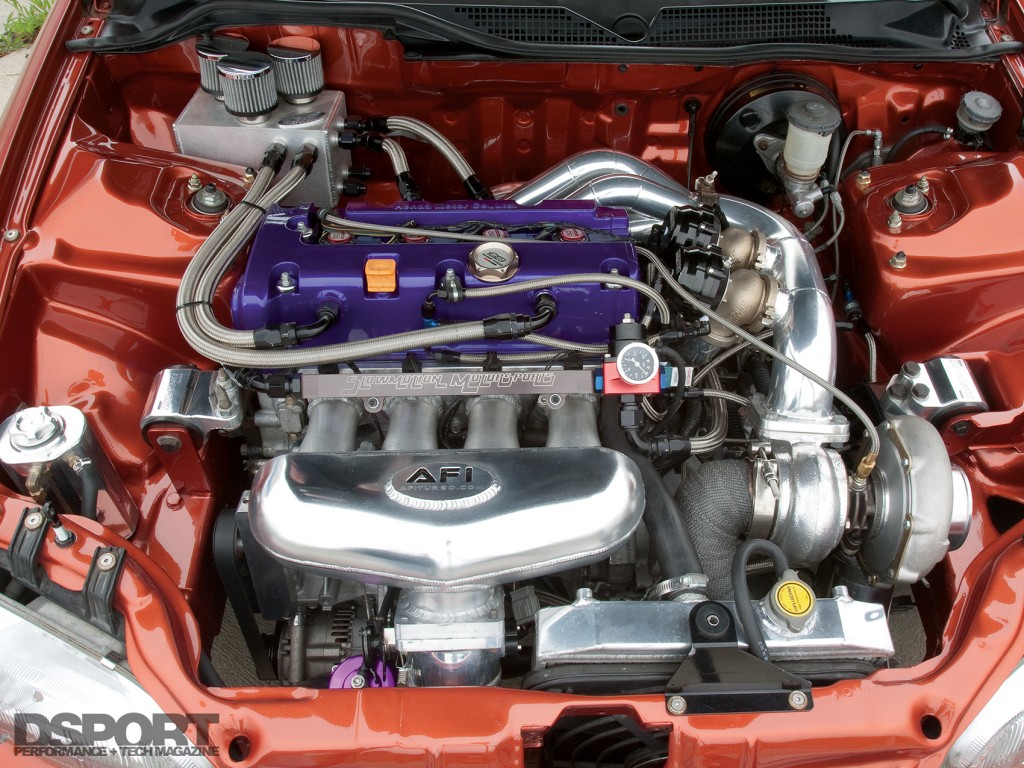 Heading Down The Right Path Slowmotion Motorsports reworked the ports of the K20A2 cylinder head for improved flow before installing a complete Supertech valvetrain. The higher- flowing head was then joined to the block by way of ARP head studs with a Cometic gasket providing the seal. Prayoonto Racing stage-2 camshafts lift the valves and regulate valvetrain events efficiently through the K20’s 10,000 RPM redline. 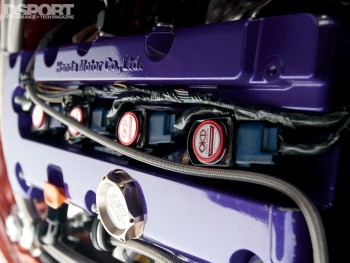 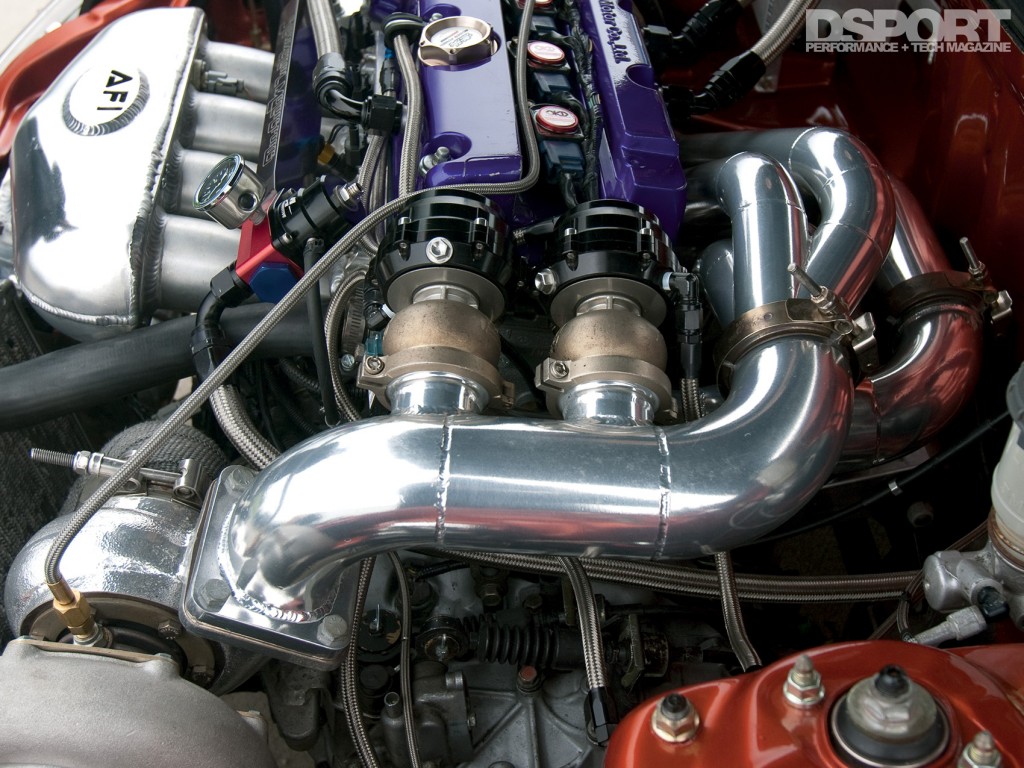