AMS opened it’s doors in March 2001 as Automotorsports Inc. (AMS) by Martin Musial. The company started off by developing camshafts for the turbocharged Merkur XR4TI, but shortly after, the vehicle experienced a sharp decline in popularity and relevance. Musial shifted the company’s focus toward Mitsubishi’s 4G63 powered platforms, the Galant VR4 and the Eclipse GST and GSX. AMS evolved as new platforms became available, embracing the CT9A EVO VIII and IX and then the CZ4A EVO X. AMS invested heavily into improving and racing the different EVO chassis, claiming numerous victories in the process. Photos by Jeremy Cliff and Courtesy of AMS/Alpha Performance 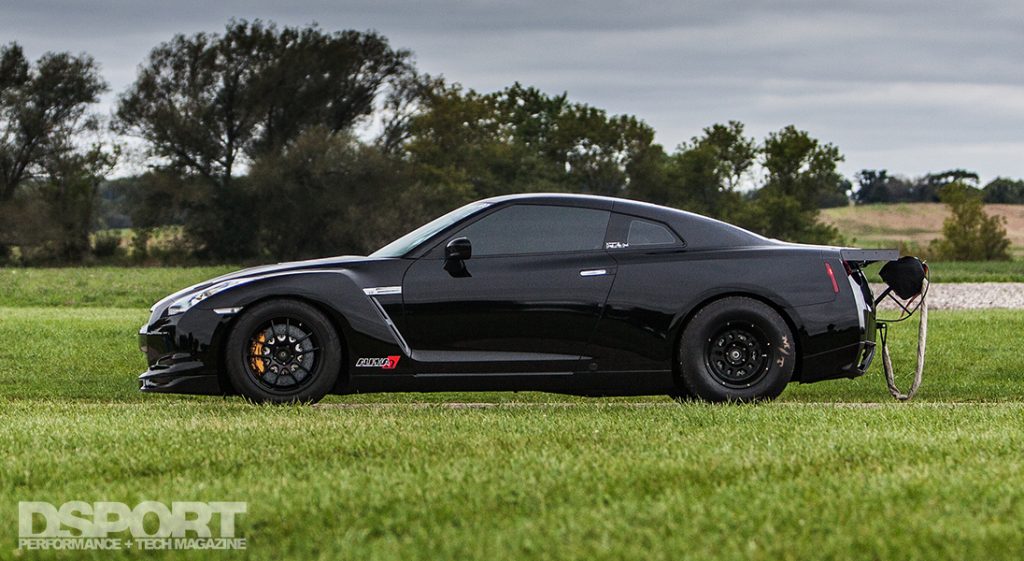 The company diversified in 2008 with the launch of its luxury and exotics brand, Alpha Performance. Shortly after, AMS/Alpha Performance added the Nissan GT-R to its stable of project vehicles. Quick platform development turned into their first GT-R record at TX2K10, when a customer’s Alpha 9 GT-R set the world record and became the first R35 GT-R to run in the single digits with a 9.89-second pass at 145.98 mph. 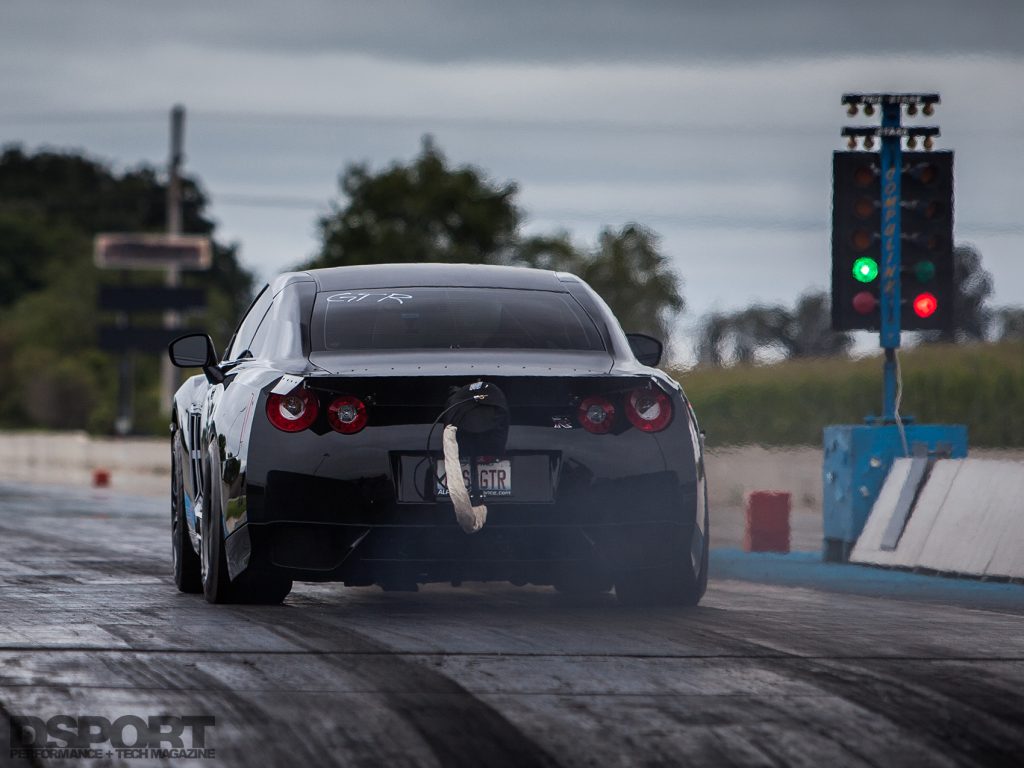 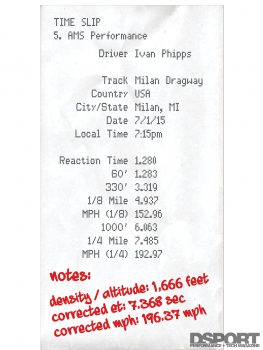 The list of accomplishments and quicker time slips grew as AMS further explored the GT-R. The company test platform, known as the Omega, soon became the first GT-R to break the eight-second barrier and then, on July 13, 2013, the first to run a seven-second pass. (Get the build details in DSPORT Issue #134, November 2013.) The Omega demo car not only competed in the quarter mile, but also the half-mile and the full one-mile. It set a variety of records for both quickness and top speed up to its current personal best and former world record, a 7.48-second pass at 193 MPH on July 1, 2015. 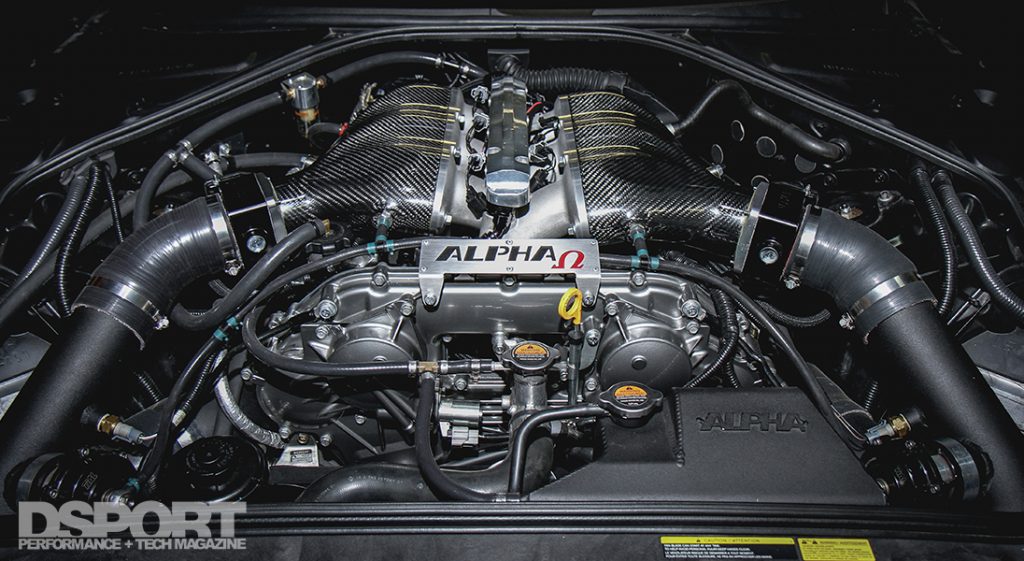 AMS/Alpha Performance’s path to groom the Omega into a seven-second record-setter took four years to accomplish. During that time, the byproduct of AMS’ racing efforts was the birth of new, greater performing Alpha packages refined for consumers. Since its feature in DSPORT, the sleeved, bored and stroked VR38 engine that got the Omega into the sevens was retired in favor of Alpha Performance’s new R35 VR38 billet aluminum block late in 2014. The billet block featured iron sleeves, a 1mm larger bore, Manley Alpha-spec pistons, BME Alpha-spec rods and a stroker crankshaft. This combination increased the displacement from 4,001.3cc to 4,083cc. The Alpha Performance CNC cylinder heads carried over from the previous engine, but now rely on TOMEI Powered Alpha-spec camshafts to lift the valvetrain. With larger Omega-spec turbochargers supplying 52-psi boost pressure to the engine, output increased to an estimated 2,200 horsepower with over 1,100 lb-ft torque. 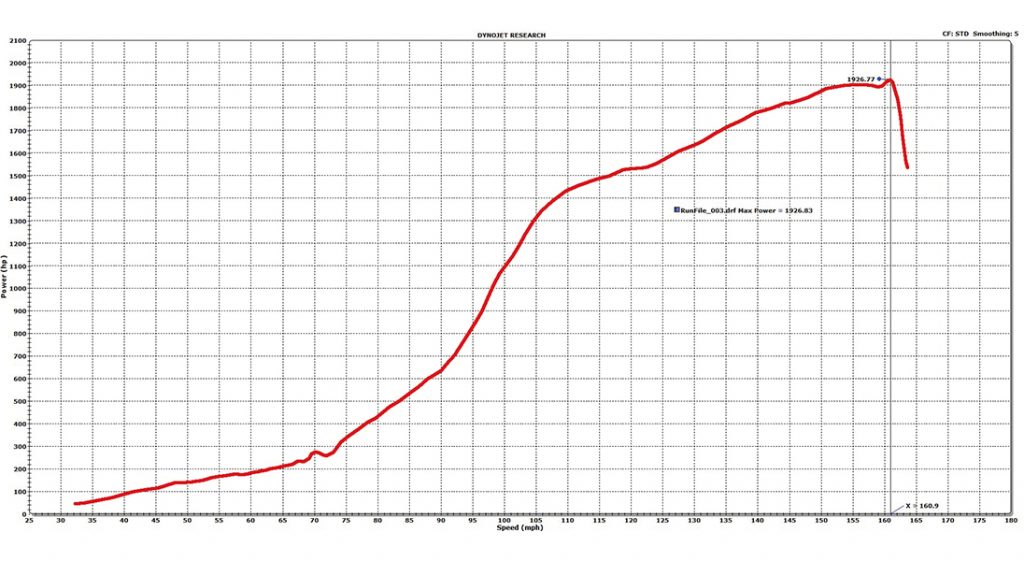 Digging in at the Track

The team hit a point where it would take more than just horsepower to set records. As the Omega’s output increased, efficiently getting the power to the ground proved a challenge. AMS noted that for a while, its trap speeds were faster than the competition, yet the elapsed times were very close. In an effort to increase traction, AMS tested a variety of wheel and tire combinations as well as a selection of suspension components. Once these elements were sorted out, the team began to notice significantly improved and record setting time slips leading up to the world record on July 1, 2015. 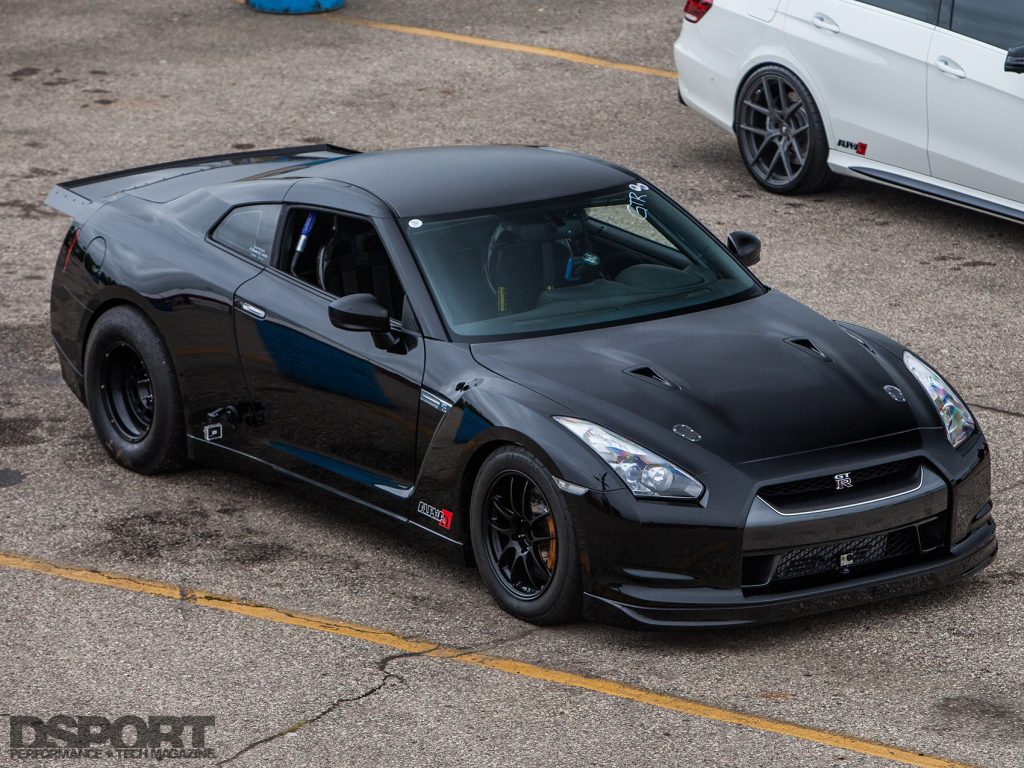 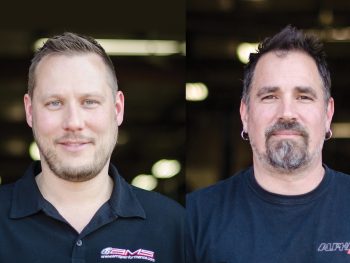 So what does the future hold for this GT-R? It’s not clear at this point, according to AMS’ Arne Toman. As the top teams race to break into the sixes first while also taking aim at the world record, the Omega would require a significant weight reduction to be competitive. However, this is where AMS is undecided. The Omega does not feature full racing traits like forward facing turbochargers, through-the-hood exhausts, Lexan windows or a completely gutted shell. AMS feels that its customers can still relate to the Omega, whereas these full racecar changes could make it an example of the unattainable. Despite these challenges, AMS continues to make improvements with the Omega. Toman concluded, “Although it will be difficult for the Omega to go 6’s at this weight, never say never. AMS’ prerogatives could change, putting the Omega back in the race again.” 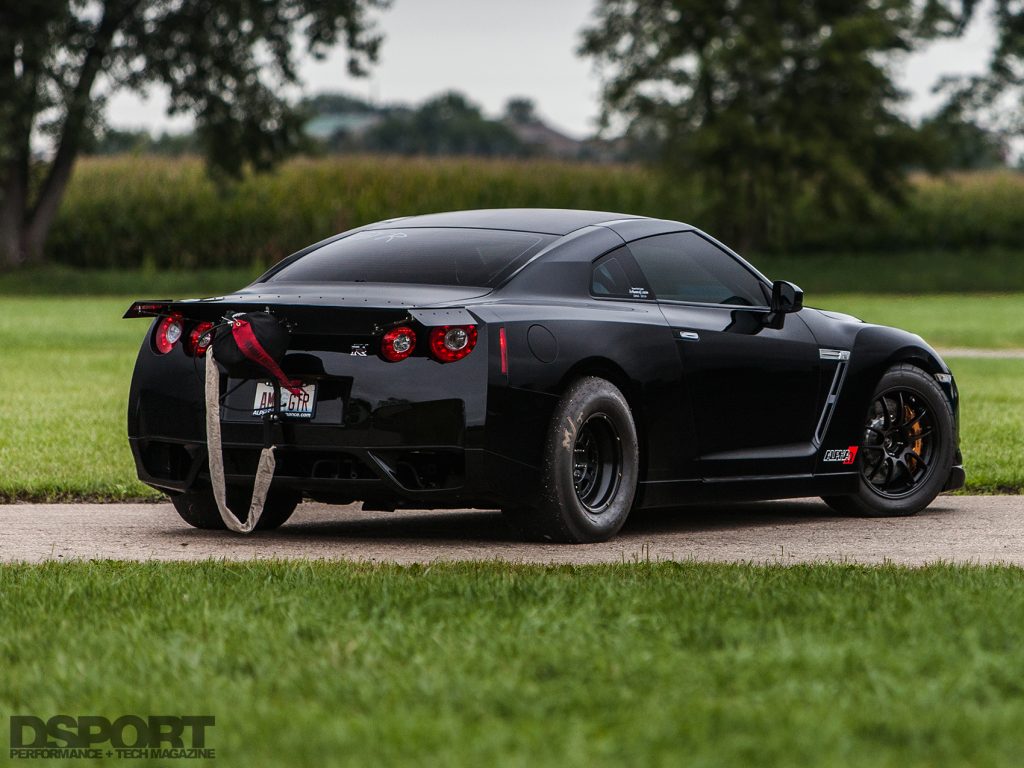