Since day one, an Si badge on the back of a Honda Civic meant it was different. This special Civic always came in a manual transmission only, meaning non-car people need not apply. Up until 1999, the Civic Si was only offered as a coupe. Everything about the Honda Civic Si has always been targeted towards car enthusiasts. Amongst the many generations of the Si, the third generation hatchback (EG) holds a special place in the import performance fans’ hearts. Loi Song wanted to promote his shop, Sportcar Motion, with a clean and powerful example of the Civic Si. With a 1995 in hand, Loi wanted to build a Civic Si EG that is 100-percent streetable, yet more powerful than anything on the street. 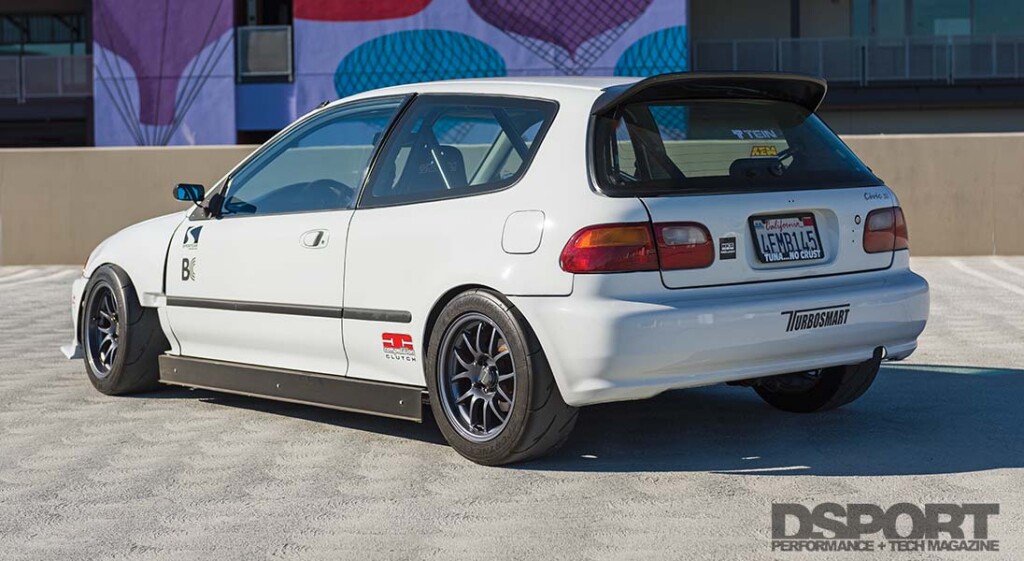 While the Si has always been associated with Honda performance, they were all slow. The first Civic Si had a naturally-aspirated, 1.5-liter, fuel-injected engine that boasted just 91 horsepower and 93 lb-ft of torque. By 1992, the Honda Civic Si was powered by a 1.6-liter VTEC in a single overhead camshaft, this time delivering 125 horsepower and 106 lb-ft of torque. The Si had disc brakes in the rear and can rev up to 7,200 RPM. This generation became popular amongst enthusiasts, and turbochargers became the go-to for the platform. Aside from the lack of power, the D-series engine had weak connecting rods, small bores, and only one camshaft to actuate the valvetrain. By the time this platform was capable of handling significant power, enough money would be invested for a complete engine swap with more growth potential. 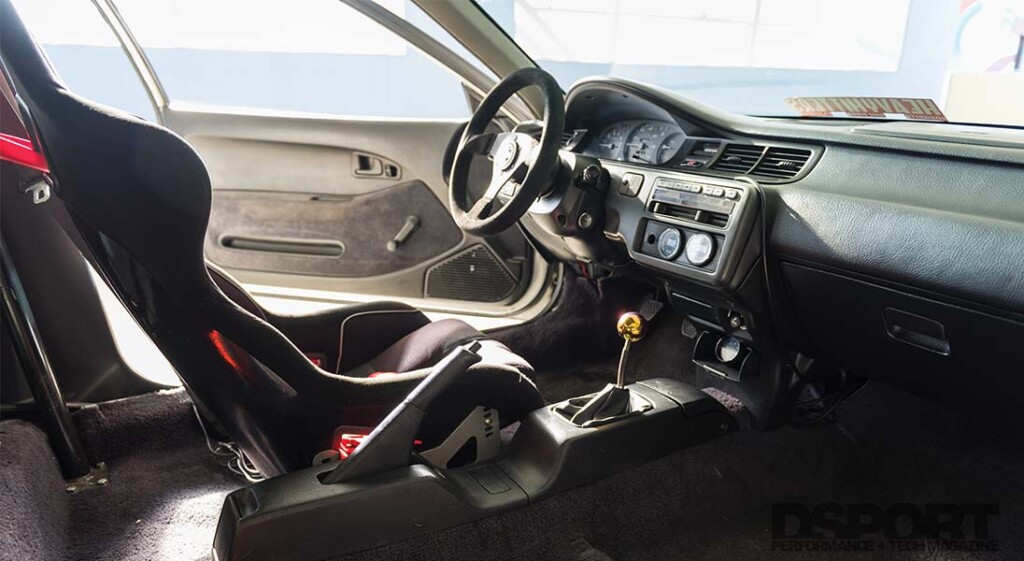 Enthusiasts quickly realized that there is far more potential in the EG when the D-series is swapped with a B-series or a K-series. The B-series serves as the easiest swap, given its wide availability, comprehensive aftermarket support, and capability of handling exceptional horsepower-per-liter with forced-induction. The K-series serves as the other popular swap with its improved iVTEC technology, clockwise crank rotation that allows it to be compatible with a variety of aftermarket transmissions, and its excellent head design. From the factory, the K20 delivered 160 horsepower, but factory power numbers are not what enthusiasts looking for a swap are interested in. Loi Song was planning to aim for far bigger power numbers and he chose the K-series to serve as the foundation for that type of power. 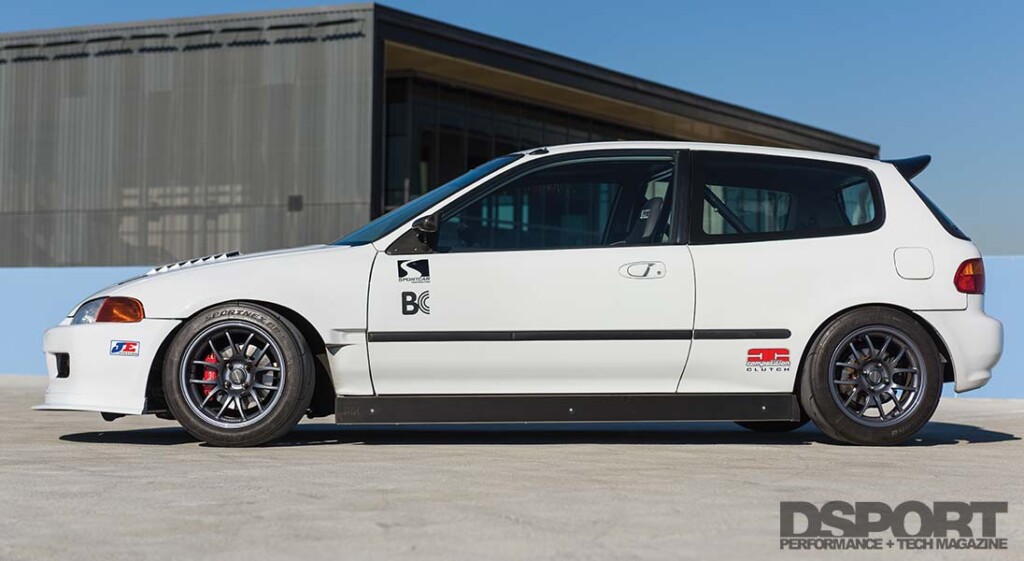 Man with a Plan

In 2017, Loi Song bought this 1995 Honda Civic Si as a rolling shell. The goal was to build it as an example to showcase the shop’s capability. Aside from showcasing a quality build, the car would be set to race in the Super Street FF Battle. The rolling chassis was clean; however, the paint was faded. The build was destined to be a tough one from the start, but the result would prove beneficial both for business and for satisfying the enthusiast in Loi Song. The plan was to build this Civic Si EG that can deliver over 800whp while being fully capable of driving daily on E85 from the pump. With a start from a rolling chassis and nothing else, the goal seems far fetch for many people, but for Loi Song, the challenge was exactly what he needed to accomplish the goal and promote the shop. 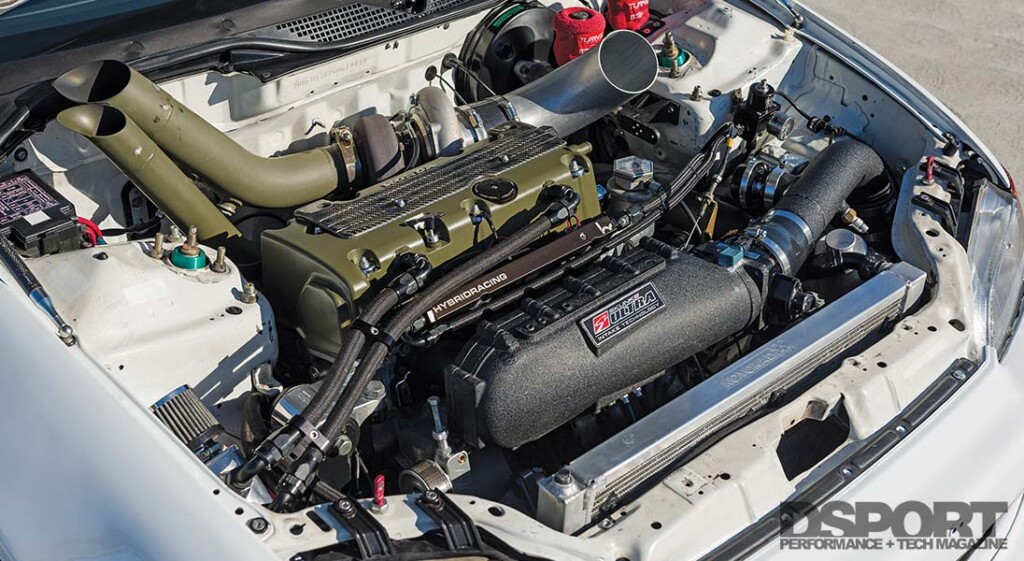 A Garrett GTX 3586 RS turbocharger allows this Honda Civic Si to deliver 874whp and 615 lb-ft of torque from its K-series engine swap. 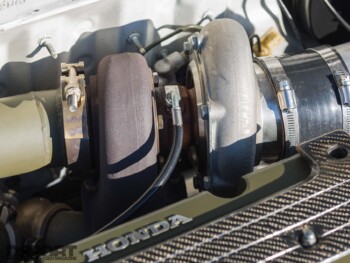 Prior to going all out, Loi Song had built the EG differently for a few magazine race events. The car was powered by a naturally-aspirated K24 engine. After finishing these events and crossing them off the list, the next goal was in-line to get accomplished. Using a K20A engine from a Type R, Sportcar Motion sleeved the block and machined it. With all quality internals that can handle massive horsepower, the team kept the factory crankshaft. To take the power to completely new heights, Loi used a Garrett GTX 3586 RS turbocharger. To match the turbocharger, a Walbro Hellcat 525lph fuel pump took responsibility of feeding Injector Dynamics 2,000cc injectors with E85 fuel. With all of the supporting upgrades and enough cooling, everything works together through a Hondata KPro 4 with a tune from Daniel Butler. 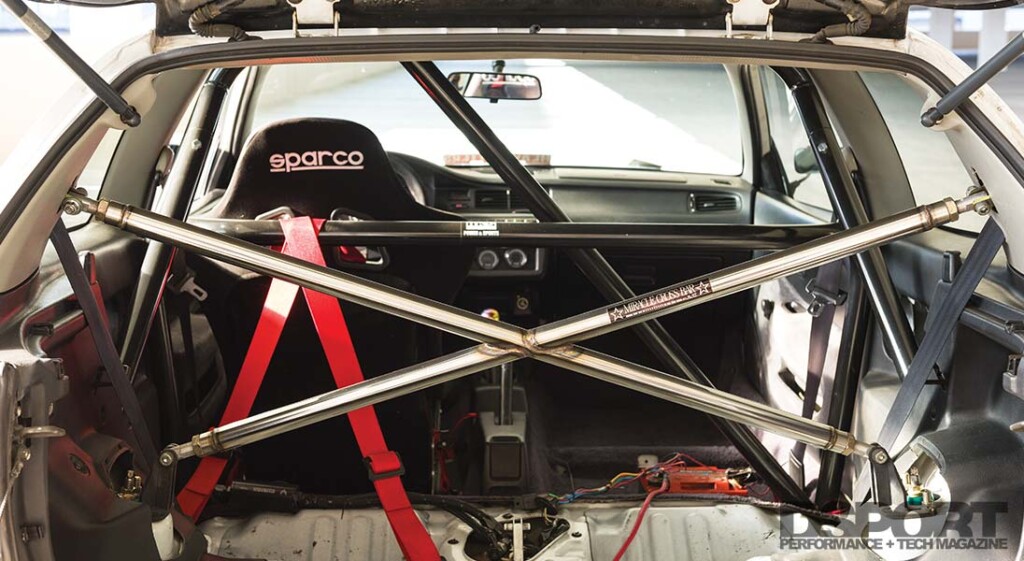 With the K20A setup, the Civic Si put down 874whp and 615 lb-ft of torque when running on E85 at 40 psi of boost. With the new engine configuration, the car is able to rev up to 9,200 RPM. To make it even more fun, Loi set it up to weigh just 2,200-pounds with a 50/50 weight bias. A Type R manual transmission works collaboratively with the K20A swap, and a Wavetrac limited slip differential improves handling on the track. To keep the massive power on the road, Nankang AR1 tires outfitted the EG. With this type of power and weight, Loi Song was finally ready to put it to the test and start showcasing what his shop can do for their customers, and have some fun in the process.

Loi Song went on to check more and more items off of his list. “The car finished second and third place during FF Battle,” said Loi. The K-series was the perfect foundation for this type of power. “K-series engines love to be turbocharged. No turbo is too big for the K-series’ cylinder head.” While the car was never intended to be boosted, an opportunity with Garrett presented itself and significant power numbers were the result. With this Civic Si being one of the high powered ones around, the next goal is clear: four-digit power. “I want to make 1,000whp on pump E85,” said Loi. The 1Kwhp mark isn’t far enough, and by upgrading the injectors to 2,600cc, another accomplishment can be added to the shop’s list. As car enthusiasts, we start car builds believing we know the destination. However, the beauty of building cars is that you’re almost never going to end the way you intend on, and for that, we are thankful.