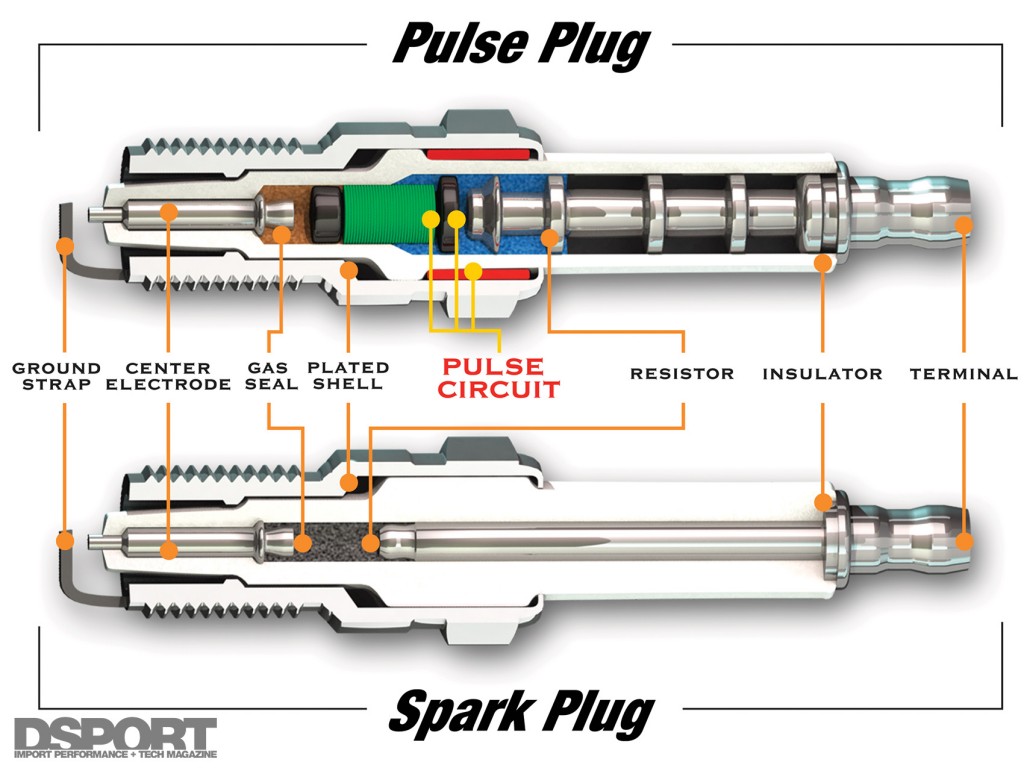 In the quest to produce more horsepower, it’s easy to overlook a vehicle’s ignition system. However, without adequate spark in the high-cylinder-pressure environments created by performance upgrades, there is the real possibility of failing to safely maximize power output due to an insufficient ignition system component. Get the fire burning and address your ignition system needs as soon as they appear.

Reading the Signs: While new technology provides consumers with tools to monitor combustion chamber performance, technicians have been observing or “reading” spark plugs for decades to get an idea of what’s going on inside a motor. Seen here are spark plugs indicating a number of problems within the cylinder.

Dry Fouling: This is a common result in use of a colder heat range spark plug in an engine that doesn’t operate frequently at higher temperatures. If this was a spark plug rated at the factory heat range, other problems could be an overly-rich AFR, electrical problem causing misfires or extended operation of little to no throttle load.

Wet Fouling: While this is possible with an excessively cold plug or rich AFR, a wet-fouled plug like this is more likely the result of oil or some other contaminant being introduced into the combustion chamber. The smell and appearance of the liquid on the plug would be a key indication at what the problem is.

Deposits: Spark plugs peppered with deposits indicates oil or some other contaminant entering the combustion chamber. Instead of fouling out the plug, the liquid material evaporates and leaves behind crystal-like particles capable of deteriorating the plug and engine internals quickly.

Speckling Plug: Seeing this condition is the first sign of too much heat on the spark plug. Before assuming a step colder plug is the only solution needed, make sure the engine itself isn’t overheating, the AFR isn’t too learn and that the timing isn’t over- advanced.

Melted Electrode/Cracked Insulator: This is what eventually happens to plugs that face either extreme or extended conditions that cause a plug to speckle. The excessive heat literally melts the metal and the violent detonation breaks away the ceramic insulator. If a spark plug is pulled out of an engine looking like this, expect to have more engine parts needing replacement.
Pages: 1 2 3
On July 23, 2015

One thought on “Ignition 101: Understanding Ignition Systems for Maximum Performance”