You don’t race dyno graphs, however, dyno graphs can provide the roadmap to go faster than the competition. By understanding how peak horsepower, the powerband, area under the horsepower curve and the actual shape of the power curve affect performance, the engine can be tuned to produce a curve that is optimized for drag, circuit, drift or street performance.

Considering an engine needs to work across a range of engine speeds, it’s important to establish the RPM range in each gear that will deliver the quickest lap times. The gearing in the transmission along with the dyno power curve of the engine can help to establish the powerband that will allow the vehicle to accelerate the quickest. For example, if the vehicle’s transmission gearing causes the engine speed to drop 2,000 RPM on the upshift between two gears, a 2,000 RPM range on the engine’s dyno curve must be considered. For that gear, selecting the 2,000 RPM range that delivers the highest average horsepower between the two RPM points will allow the vehicle to run its quickest. Be sure to look at every gear change RPM drop, as the RPM drop will vary from gear to gear. The largest drop usually occurs between First and Second on most factory transmissions. As you may already know, close-ratio transmissions are geared to provide smaller engine speed drops between gears. This makes the challenge of producing good power across the powerband easier, as the powerband will need to cover a shorter range of RPM.

Based on transmission gearing and the dyno power curve, one can calculate the range of RPMs that the engine will allow the vehicle to accelerate quickest for each gear.

Area Under The Curve

AREA UNDER THE CURVE in the powerband is key.

A good percentage of the very-best engineers, racecar builders and engine tuners understand and use dyno graphs as outlined to improve a vehicle’s performance. However, there are a select few racecar and engine tuners that focus on the shape of the dyno curve to optimize controllability, traction and suspension stability.  Why should this be important to you? When you shift gears and it upsets tire grip, you get passed—if you are lucky. If unluckly, the loss of traction can result in a crash. Likewise, when you feed in throttle to launch your drag car or attempt to accelerate off a corner only to spin the tires, the finish line just got a lot closer, for the competition that just passed you. As the sample dyno charts will demonstrate, the shape and length of the power curve beyond peak horsepower plays a significant roll.

SHAPE AND LENGTH of power curve beyond peak horsepower RPM is crucial.

The previous-generation Formula GP road race motorcycles weighed about 250 pounds, produced almost 200 HP, and had about 20 square inches of tire contact patch. So, when many-time Honda World Champion Mick Doohan said he never raced at engine RPMs below peak torque, it was time to listen.

Always race an engine between the RPM at peak torque and redline for max controllability.

In contrast, when a tire loses traction with the engine accelerating from an RPM below peak torque, it won’t recover grip until much later. The engine must rev past peak torque and fall off the other side to reduce the torque to a point where the tire grips again.  By then the driver has usually spun out, crashed or vanished in tire smoke. Especially when accelerating out of a corner, the driver with a rising torque curve cannot put as much throttle down as the driver whose falling engine torque curve catches small slips without spinning out. 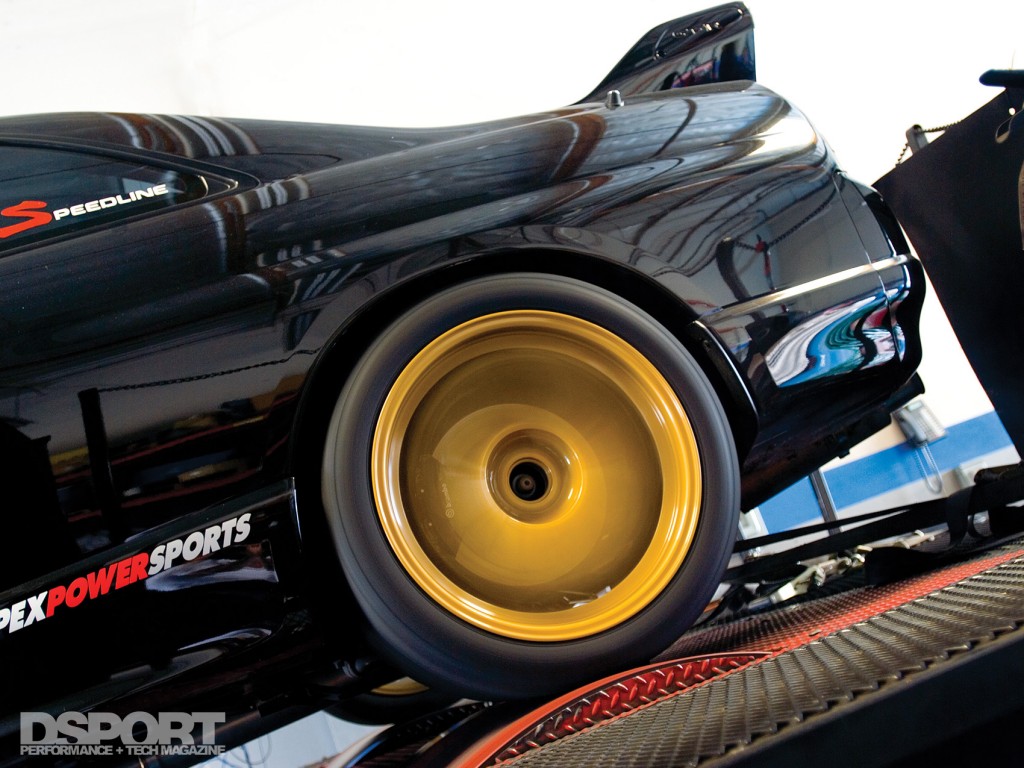