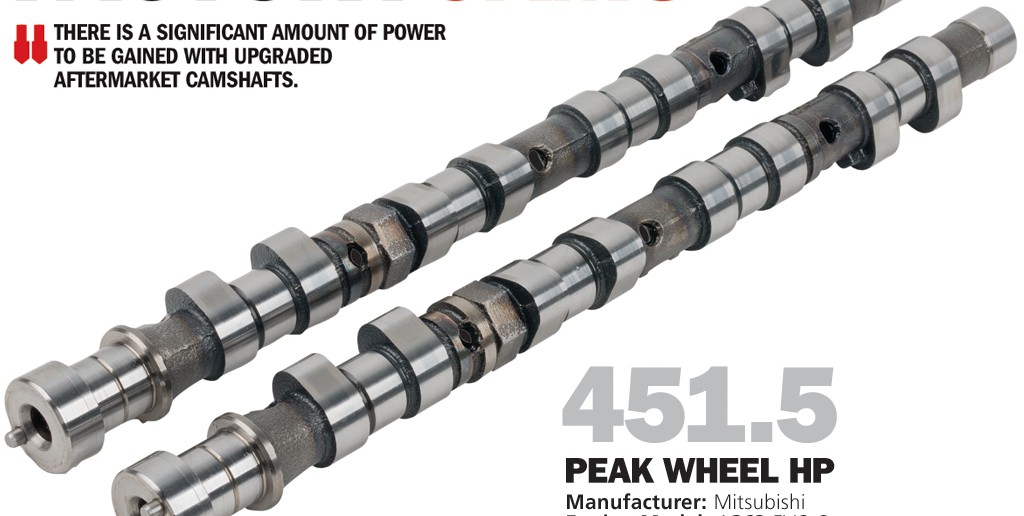 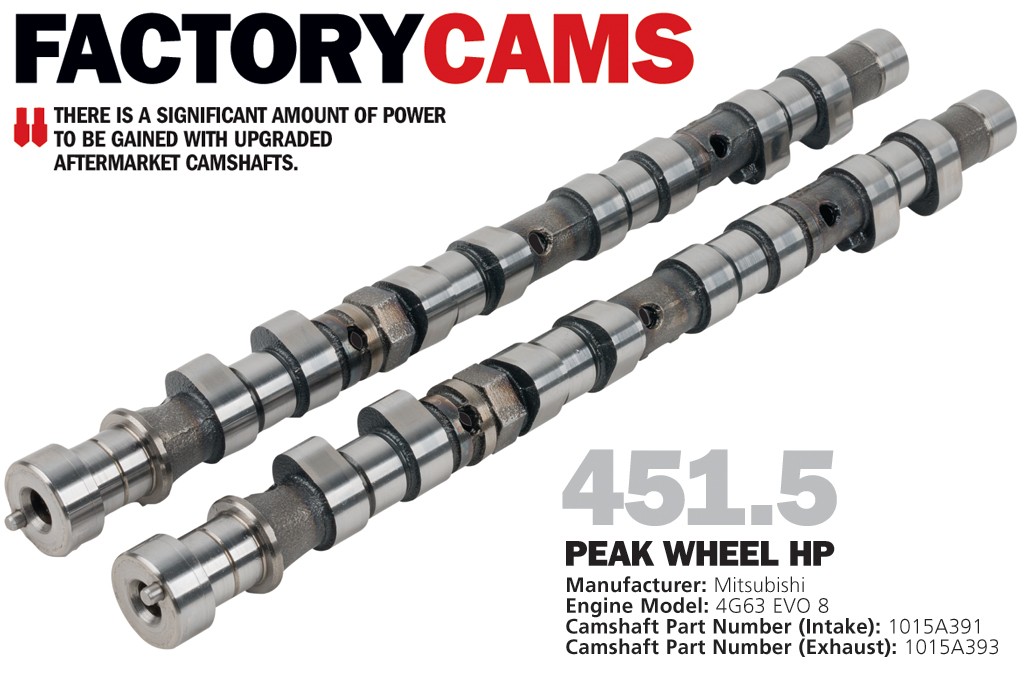 The factory Mitsubishi EVO 8 camshafts provide a smooth idle, clean emissions and decent performance at factory boost and power levels. However, there is a significant amount of power to be gained with upgraded aftermarket camshafts. Running E85, the factory camshafts allowed our engine/turbo combination to produce just under 445 wheel horsepower at 21.5psi of boost pressure. This was running a lambda of 0.85 (gasoline equivalent of 12.5:1 A/F ratio). Comparing the stock cam to the offerings from Kelford show the massive performance gains to be realized with a performance set of cams. 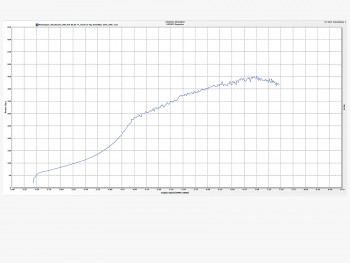 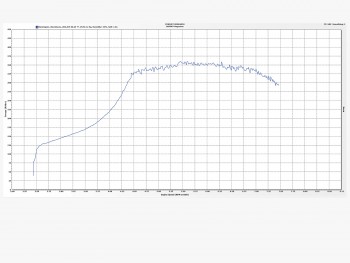