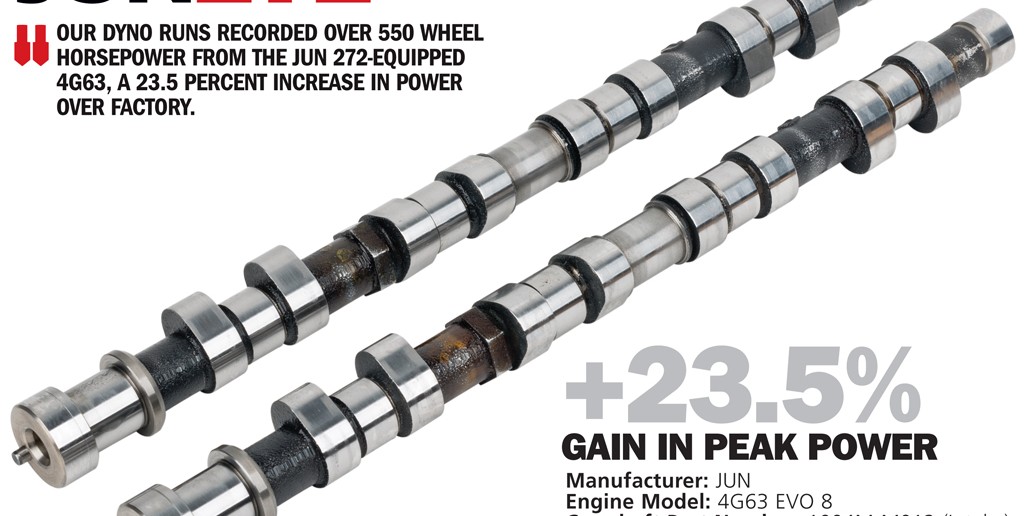 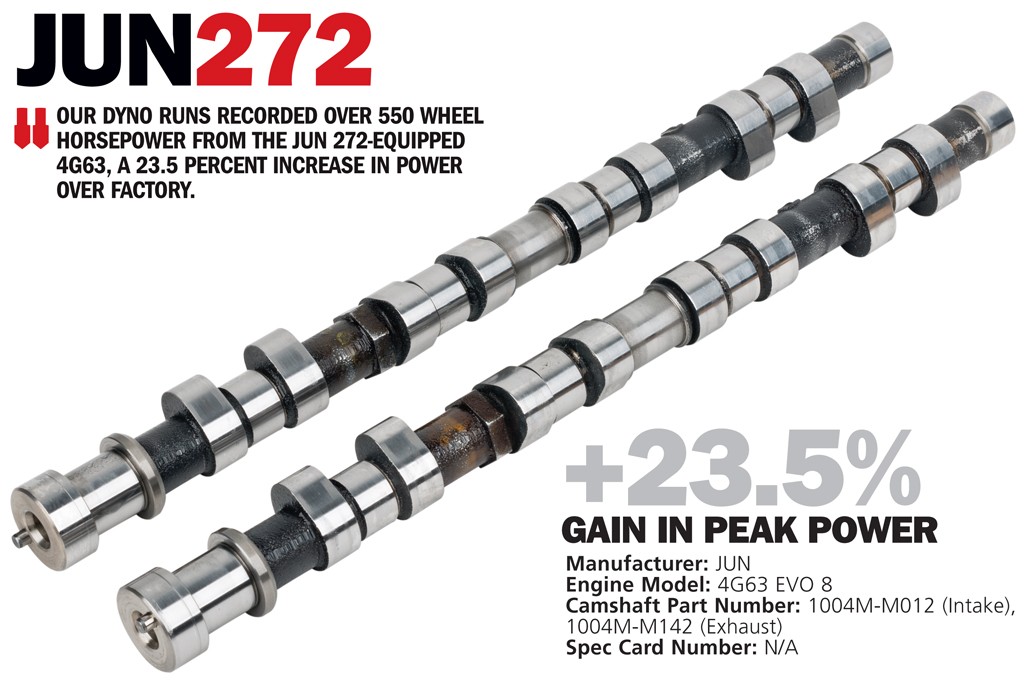 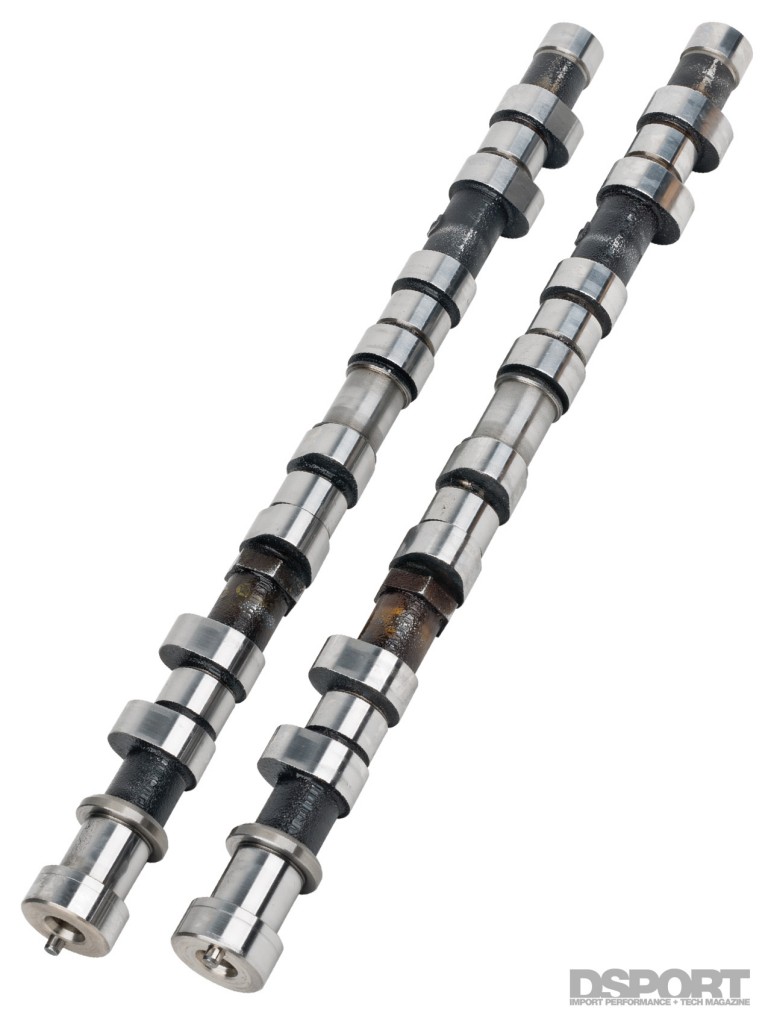 Ahtough we could only get our hands on one of the JUN camshaft offerings for the 4G63 EVO 8, this camshaft set proved to deliver loads of power paired with the requisite lumpy idle. This pair of camshafts provided some of the highest VE numbers across our camshaft test group. Unlike most of the camshafts, the JUN 272s only began to deliver an increase in power production from 5,000 RPM up to 8,500 RPM. Our dyno runs recorded over 550 wheel horsepower from the JUN 272-equipped 4G63, a 23.5 percent increase in power over factory. 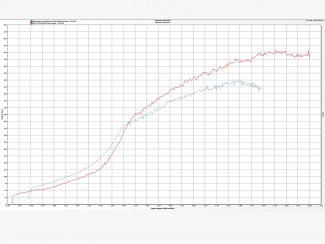 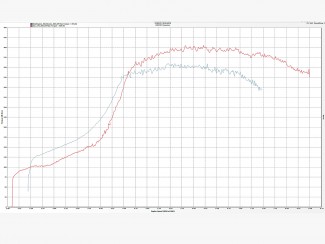