You are at:Home»The Cars»Features»Mitsubishi EVO VIII Revived For Max Effort

Taking over an abandoned project can be extremely risky but the excitement and reward can often be worthwhile. Plenty of projects begin with grand ambitions but when funds run dry or interest is lost, cars tend to fall by the wayside and end up sitting for untold amounts of time. Although the term “barn find” usually applies to classic and collectible vehicles forgotten by owners and time, it is becoming more common to uncover modern vehicles that have been neglected and are in need of a fresh start.

David Bruzewski, the owner of the black, 726 horsepower EVO VIII featured in DSPORT’s November 2010 Issue #96, has come a long way since that build. After countless hours invested in the garage, he’s gained vast experience and knowledge, becoming even more hands-on with his projects. Bruzewski even went so far as to install a two-post lift in his garage to make maintenance and modification a less arduous task. With little left to do other than to pilot his black EVO down the quarter mile, Bruzewski felt the urge to start a new project. With the drag-oriented EVO already completed, his focus was on a more streetable build that would be responsive enough to attack cones yet still have enough juice to take down the quarter mile in short order. So when Bruzewski came across a partially disassembled EVO VIII that had been sitting in a storage facility in Virginia Beach, his interest was piqued. The bad news was that the original owner intended to construct a dedicated racecar but the project ended up sitting stagnant for approximately four years. On the plus side, the EVO was a package deal that included a Buschur Racing 2.3-liter stroker engine and a Voltex Racing Circuit Version aero kit. As far as Bruzewski was concerned, the extras sealed the deal and before long he was heading to Virginia to pick up his new project. 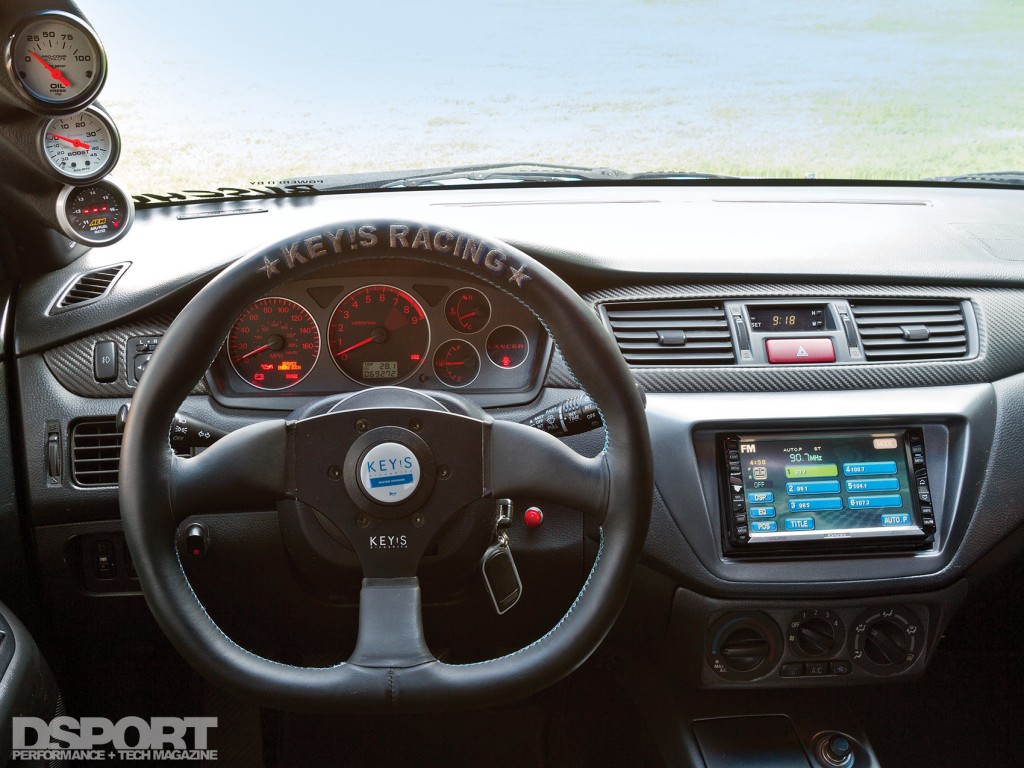 After trailering the chassis and all the parts back to Michigan, Bruzewski, his wife Ann, and his friends Jarrod and Greg really started to get into the chassis. They completely tore down the vehicle to get a clear picture of what they had to work with. The Bruzewskis and friends soon came to realize that there were more issues to address than previously believed. Aside from body rust and the obvious cleaning up prior to paint, it was discovered that the factory wiring was in terrible disrepair. Even for Doctor Frankenstein, reviving the dead was not a straightforward process. Further inspection uncovered new issues that weren’t anticipated. Upon removal of the transmission drain plug, water came out instead of gear oil. Alarmed and perplexed by this discovery, the drain plugs were pulled from the transfer case as well and the rear end; both with the same watery results. Even though Bruzewski’s project turned out to be much more involved than he had originally planned, he was still up for the challenge. 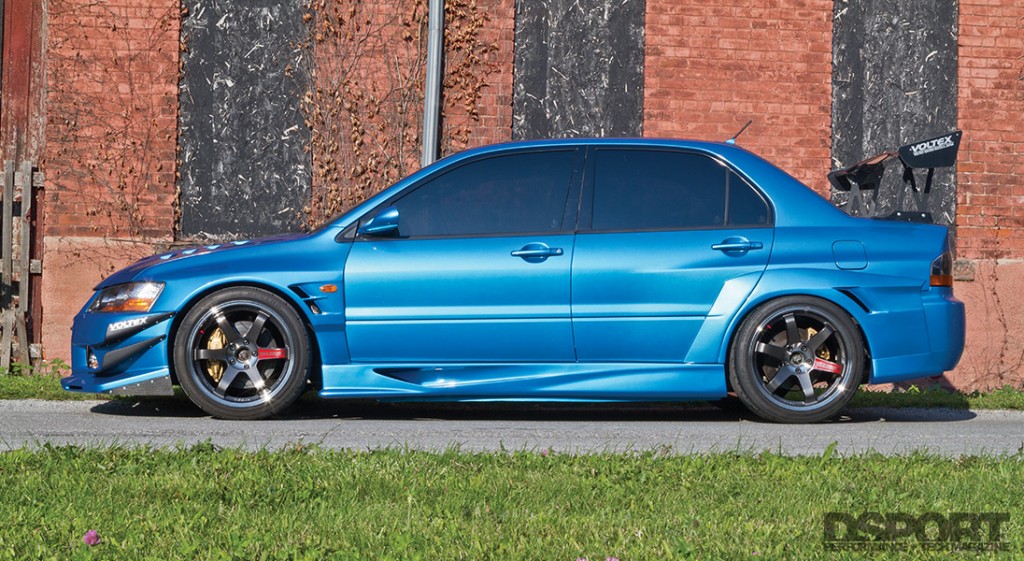 The newly found challenges prompted a complete teardown and reconstruction of the driveline. The transmission and transfer case were placed in the care of Buschur Racing in Wakeman, Ohio for the Bushwacker treatment. The transmission was transformed into a Stage 1 Bushwacker box, while the transfer case underwent a rebuild with a Quaife ATB differential. The rear end made a visit to John Shepherd at Shepherd Transmissions. There, the factory clutch pack-type rear differential was rebuilt with the clutch discs in a different order for improved lock up and power delivery.

In addition to the transmission and transfer case, Bruzewski shipped the used Buschur Racing engine back to its birthplace as well. David Buschur and his team went to work on the powerplant, tearing it down and making sure that it received a clean bill of health before being dropped into the engine bay. While there didn’t seem to be any noticeable damage or excessive wear, the block was honed and the Buschur Racing-spec JE Pistons were re-ringed and dropped back into the cylinders. Manley Turbo Tuff connecting rods mated the pistons to a longer-stroke Mitsubishi 4G64 crankshaft, which contributes to the engine’s 2.3-liter displacement. The Buschur Racing ported cylinder head was cleaned up and fitted with a complete Supertech valvetrain before rejoining the block. A pair of Buschur Racing 272-degree cams were chosen to provide additional lift and duration for the valvetrain. To keep the rotating assembly and longblock together, ARP main studs and L19 head studs replaced the stock hardware. 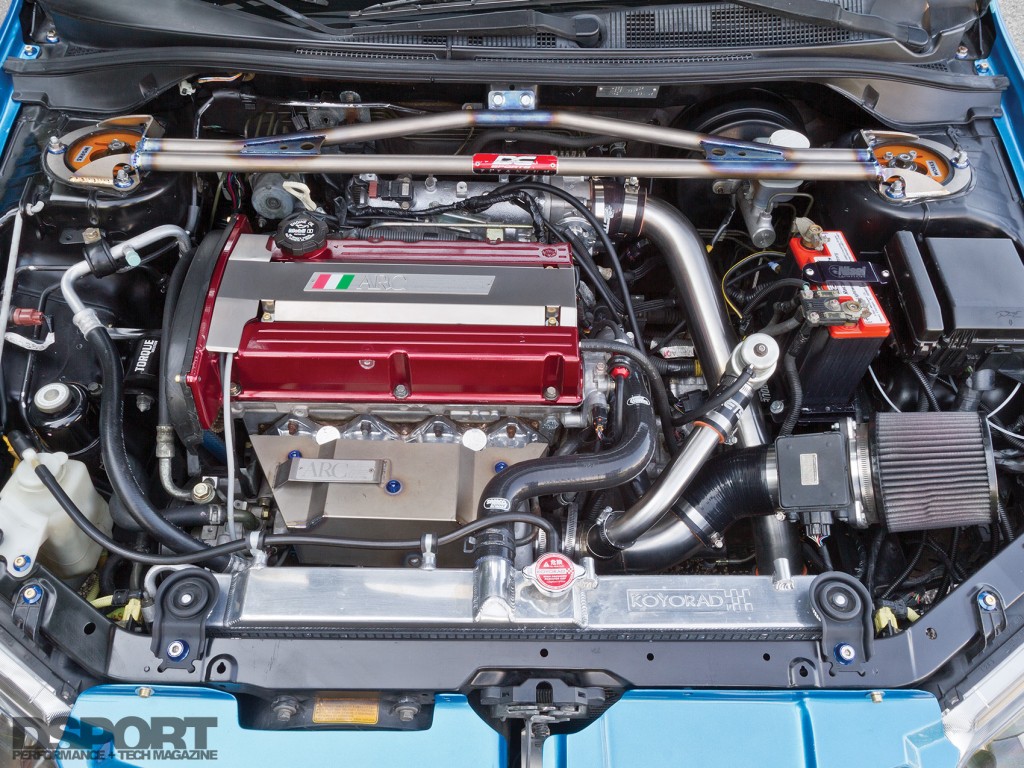 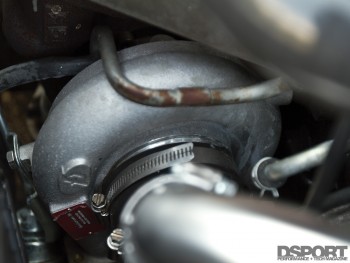 With additional displacement at his disposal, matching a turbocharger to this EVO’s purpose was the next step in the build. One challenge was that Bruzewski wanted to stay with a stock replacement bolt-on turbocharger. He chose an FP Red turbocharger for the duty. The durable cast factory manifold, which was ported by Buschur Racing, supplies the high-enthalpy gases to get the responsive turbocharger spooling quickly. With the benefit of 12 percent more displacement in conjunction with the modest turbocharger, it was time to put the engine to the test. David Buschur employed TephraMod open-source software to refine the maps of the factory ECU. With the fuel system fortified for E85 consumption and the boost turned up to a maximum of 33 psi, the EVO put down 482 horsepower and 467 lb-ft torque to the rollers of a Mustang Dynamometer.