Heat is a killer. It boils fluids, starts fires, melts and warps important components. There’s no sign of frictionless engines arriving any time soon, so until then, we’re stuck with the byproduct of friction that is heat. Given that cars are filled with moving parts, electrical currents and combusting materials, it would appear that cars excel in making noise and generating dangerously high temperatures. Performance vehicles move parts even quicker, from engine internals, to transmission gears, to differentials, only making components hotter. Cooling temperatures throughout the drivetrain will not only keep a car running longer, but will potentially help it run quicker. 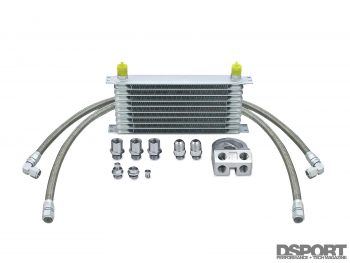 The key concept for cooling systems starts with the radiator. This acts as a heat exchanger through the use of oil or antifreeze and water. For example, a mixture of water and antifreeze acts as coolant for the engine and is pumped through channels and pathways in the block, absorbing the heat generated by the moving parts and cylinders. The heated coolant pumps into the inlet tank of the radiator, where it is distributed through tubes to the opposite end. These tubes are surrounded by numerous small fins that transfer the heat from the coolant to the ambient air and thus reducing the temperature of the coolant. With the help of the vehicle’s movement and a fan, air travels through these fins to help displace the heat even quicker. The coolant then travels back into the engine block, ready to transfer heat from the internals once again. Most radiators share common characteristics in their functionality, however, they can vary in dimensions and construction materials. A radiator core refers to the area where the tubes and fins travel from one end to the other. Two end tanks reside at opposite ends of the core, where the coolant gets distributed into and out of the core. Radiators are available as down flow or cross flow types, depending on if the end tanks sit at the top and bottom or on the sides of the core. Most modern radiators are aluminum cross flow types, as opposed to heavier and weaker copper versions of the past. Larger tubes and additional cores (or rows) result in increased surface area for improved cooling, though this can come at the sacrifice of airflow efficiency through the fins and difficult fitment from the extra thickness. For this reason, some tuners may opt for thinner radiators with larger height and width dimensions to maximize surface area for air to pass through. Both styles have their advantages, but which one is best will always come down to the specific application. 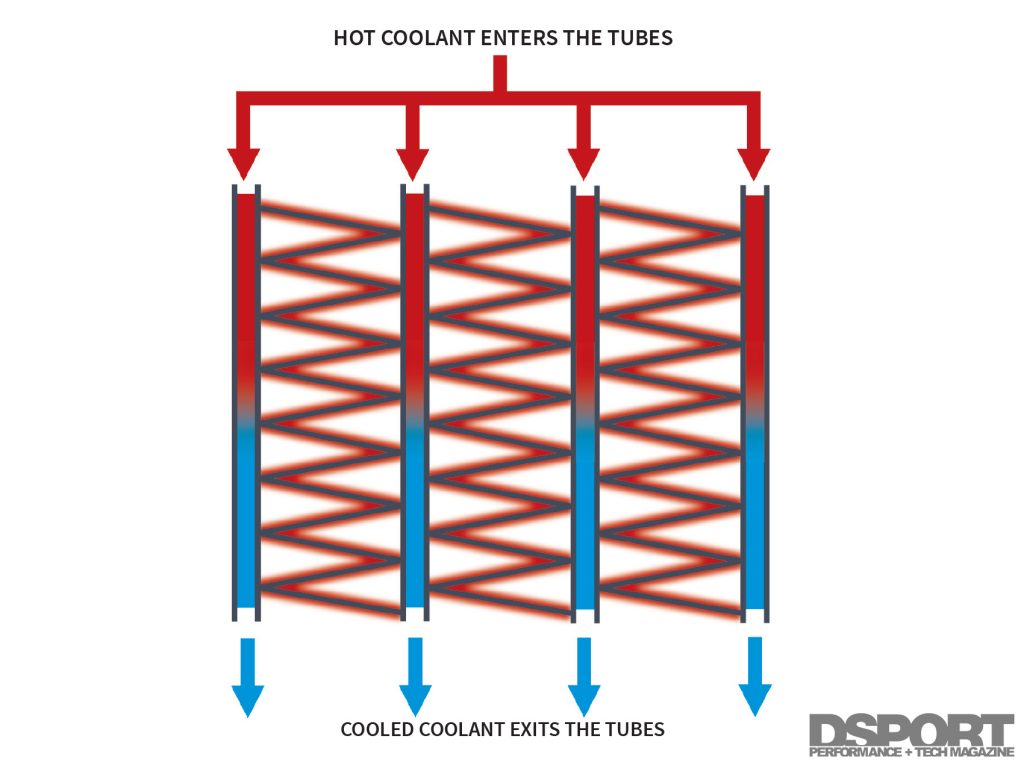 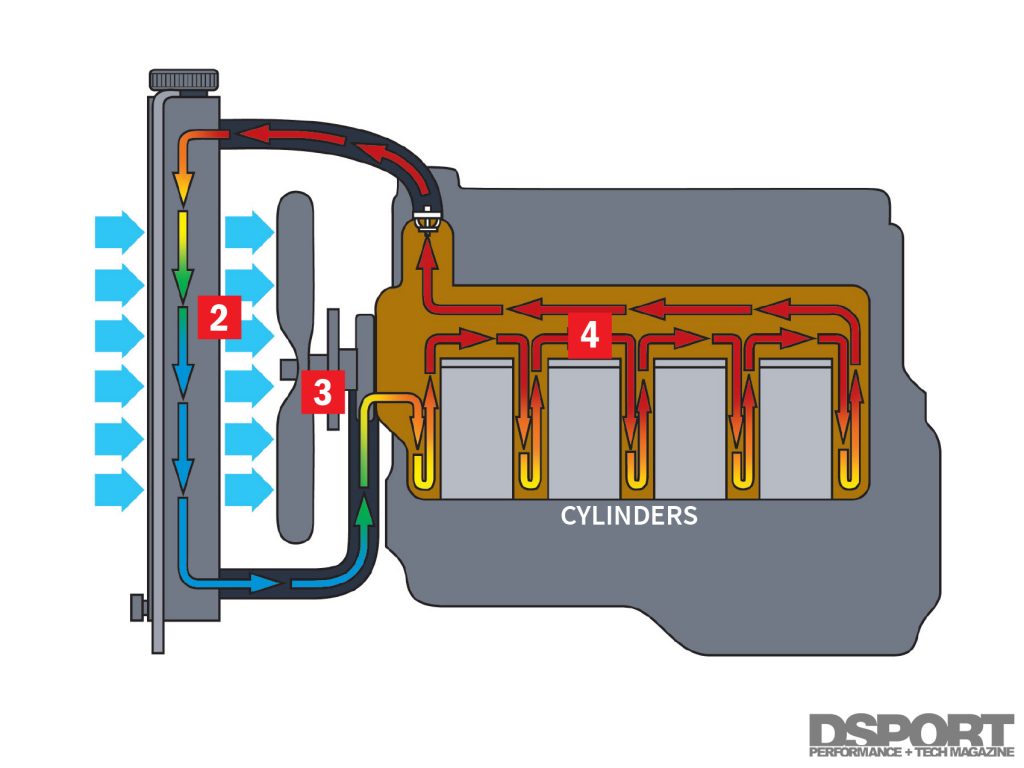 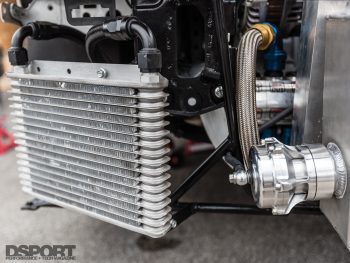 The oil in an engine accomplishes the difficult task of preventing the many rubbing metal surfaces from destroying each other. It also aids in cooling by means of heat dissipation and removes contaminants for the many moving parts. However, the oil you pour into your engine functions best in a specific temperature range. Excessive heat and repeated exposure to heat breaks down the oil and reduces its effectiveness in its duties. To this end, oil coolers can stretch the effective life of the oil pumped through an engine, making them a popular bolt-on upgrade for street and track performers. As for purpose-built racecars, oil coolers are a must. Similar to the engine cooling system with water and antifreeze, aftermarket oil coolers pump oil through a set of lines and a radiator. This draws the benefits of a heat exchanger as well as additional oil volume to help displace heat. Most oil coolers run the feed and return lines next to the oil filter, where adequate pressure is produced to pump through the lines and radiator effectively. With the radiator placed in an area of effective airflow, typically in the vehicle’s front grill, oil temperatures can drop dramatically for optimal lubrication and performance.

Differentials and gearboxes may not see the same temperatures that the engine does, but that doesn’t mean that these components should go ignored when it comes to cooling. These parts contain a series of shafts and gears that spin under the load of the engine to translate power to the wheels. This leads to all kinds of friction and temperature buildup, especially at maintained high RPMs. In vehicles with smaller gearboxes or differentials, depending on the design, lower oil volume and lack of airflow around the case provide little room for heat to escape. Coolers for differentials and transmissions are configured very similarly to engine oil coolers. However, oil coolers for the engine benefit from the already existing oil pump to push oil through the lines and radiator. Differentials and gearboxes rely on the internal gears and other moving parts to move the oil around for lubrication, so a separate pump and filter must be installed externally for the cooler to function properly. These systems keep the oil temperatures and therefore their viscosities at optimum levels, allowing the oil to flow and lubricate properly for longer. 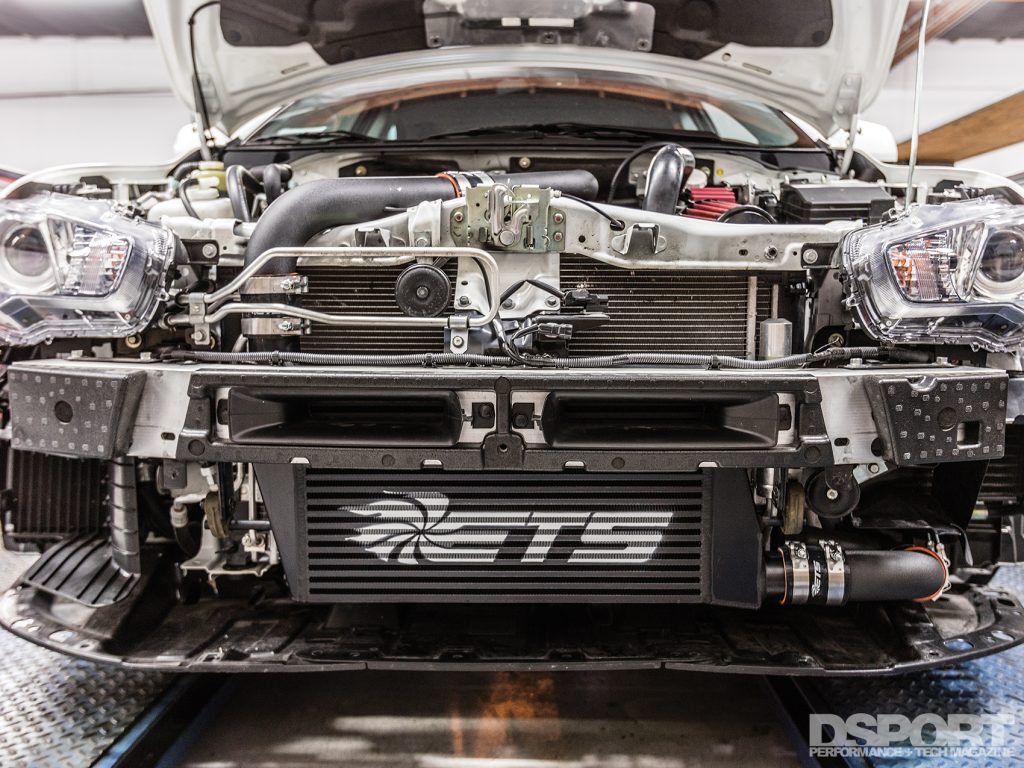 On forced-induction vehicles, heat exchangers can work to your advantage to produce more power. This starts with the concept of intake air density. A mixture of air and fuel prepare the combustion chamber to fire the piston back down the cylinder. If more air were packed into the same space, or increased in density, more fuel can be added to maintain the proper air/fuel ratio to produce a larger combustion. Reducing the temperature of the air makes the oxygen molecules hold tighter together, allowing for more air to be crammed into the same volume. Generally, every 11-degrees Fahrenheit in reduced temperature counts for a one-percent increase in horsepower. So where does the intercooler come into effect? Despite the benefits of power and efficiency that come with turbochargers, they also generate a ton of heat. This is due to its use of already hot exhaust gasses being used to spool the turbine and compress more air into the intake air charge, an action that also inherently increases temperatures. There are two types of intercoolers that lessen this effect: air-to-air and air-to-water. 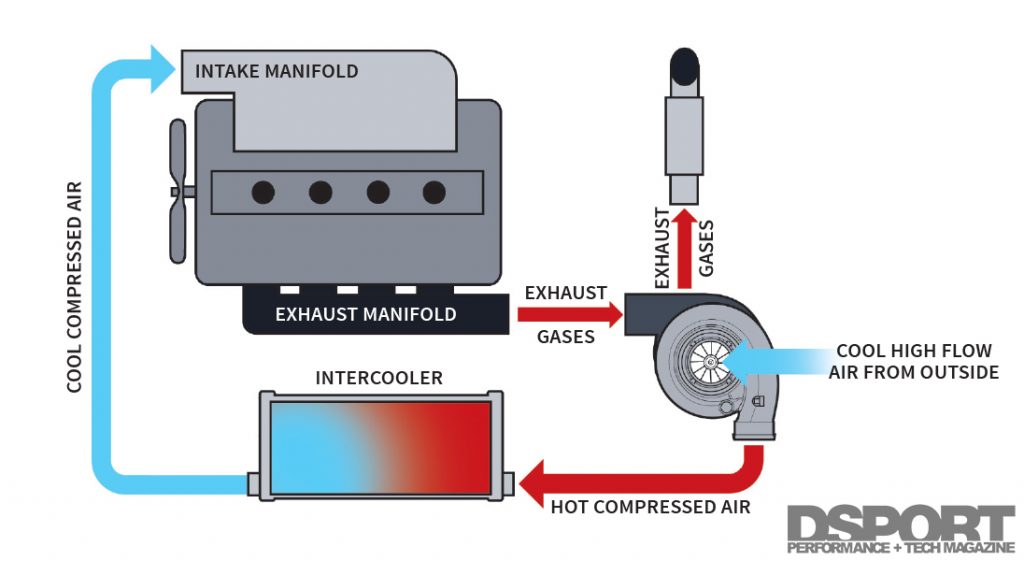 The compressed air that leaves the turbocharger is typically very hot, in excess of 200- or even 300-degrees Fahrenheit. The intercooler works to cool the charge air to increase power while reducing wear on parts from excessive heat. 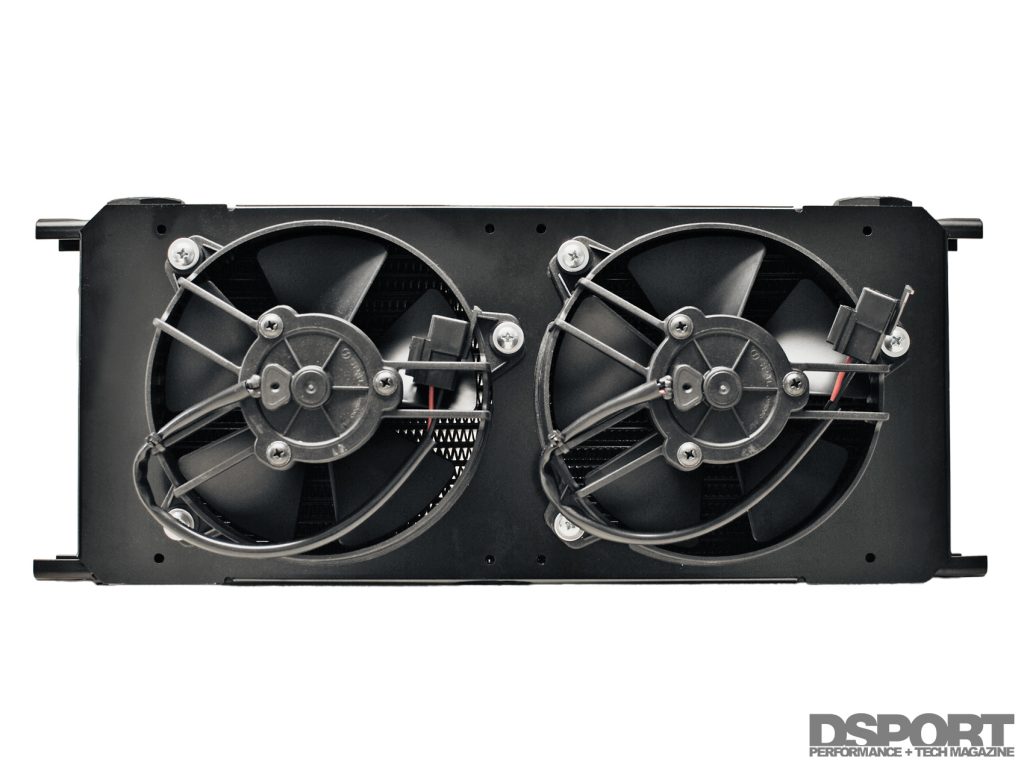 Sometimes there isn’t space to mount a cooler in the front grill or other areas of high airflow. Fanpacks act as a solution to this by mounting against the cooler to ensure that air still gets drawn through the fins.

Managing heat on a high-performance vehicle is a difficult battle. Typically, the higher the performance, the more heat is generated. In terms of preventative maintenance, cooling the oils in the engine, transmission and differential can go a long way in extending the life of your powertrain, for daily commuters and for track-only racecars. Beyond just maintenance benefits, reducing temperatures can work to your advantage in producing power with the help of an intercooler. With each of these items, their effectiveness is determined by dimensions, placement, airflow, build materials, fluid volume and more. There are many options available in what hardware you use and how you utilize it, so be on the lookout for what works best for your car. Given these benefits of cooling systems in reduced maintenance and increased power, there’s no reason to overlook the hardware in this department.