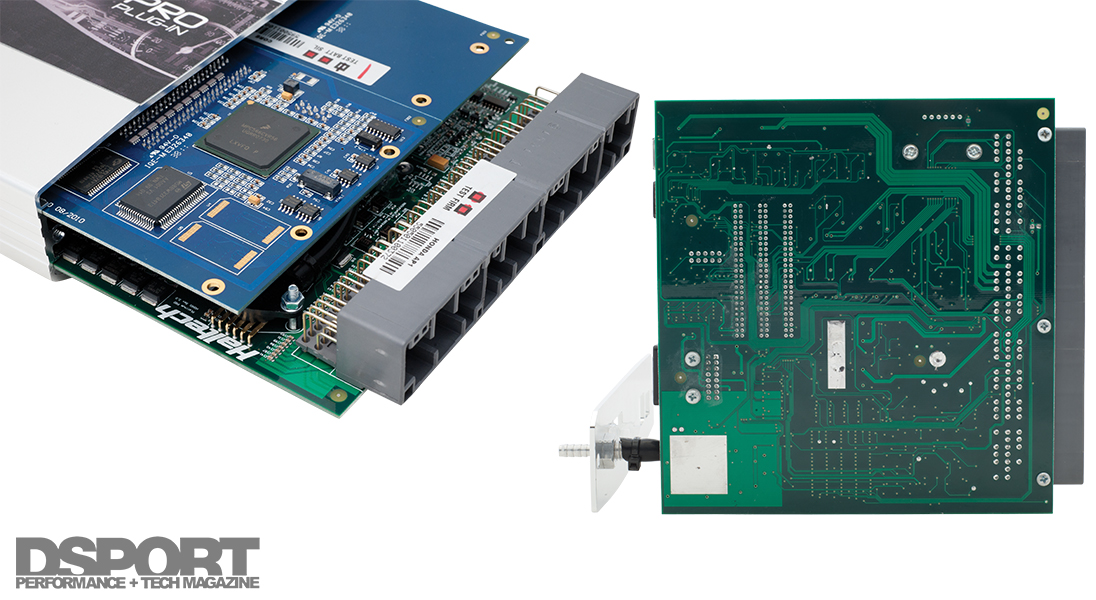 ECU tuning is the tie that binds an engine’s performance together. Gone are the days of jetting and synchronizing carburetors, replaced instead with modern handheld tuning devices and laptops. With numerous options available ranging from a simple reflash blackbox up to infinitely adjustable fuel and ignition mapping software, tuning solutions cover the gamut of modifications from bolt-ons to dedicated racing builds. 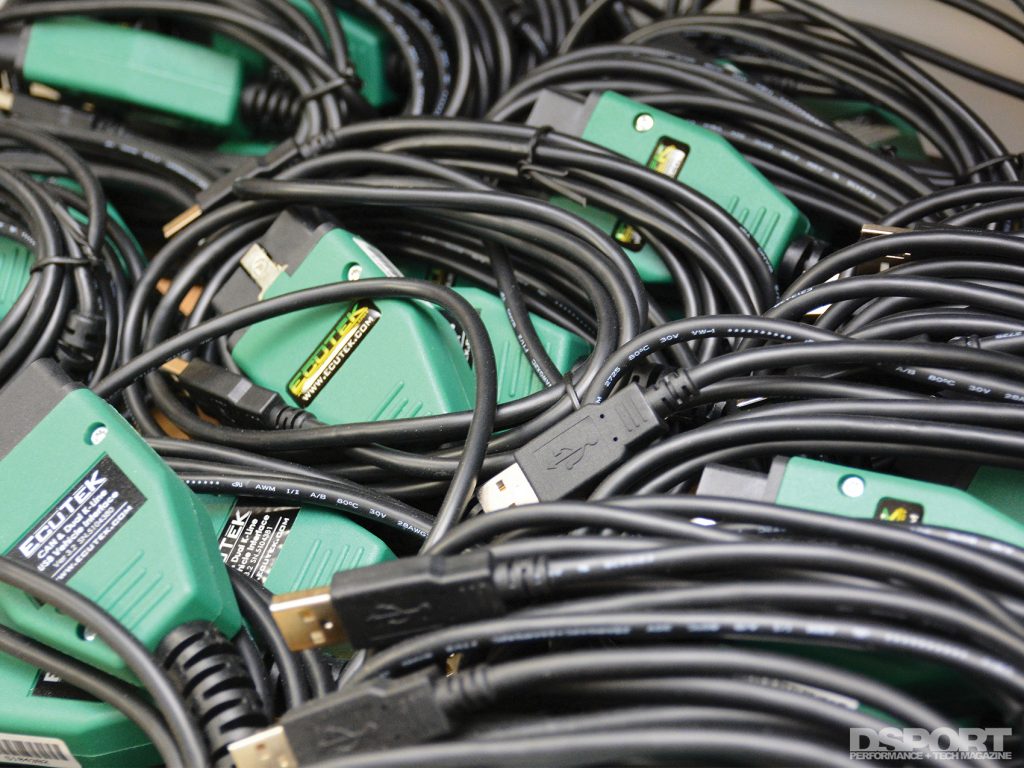 When vehicle manufacturers program ECUs, the margin of safety is large which results in conservative mapping of ignition and fuel tables. While this can leave untapped performance potential, it gives a safety cushion to achieve reliability, drivability and fuel economy targets among other factors. With some clever changes to various engine parameters, aftermarket ECU tuning can extract performance from an engine to realize its full potential. 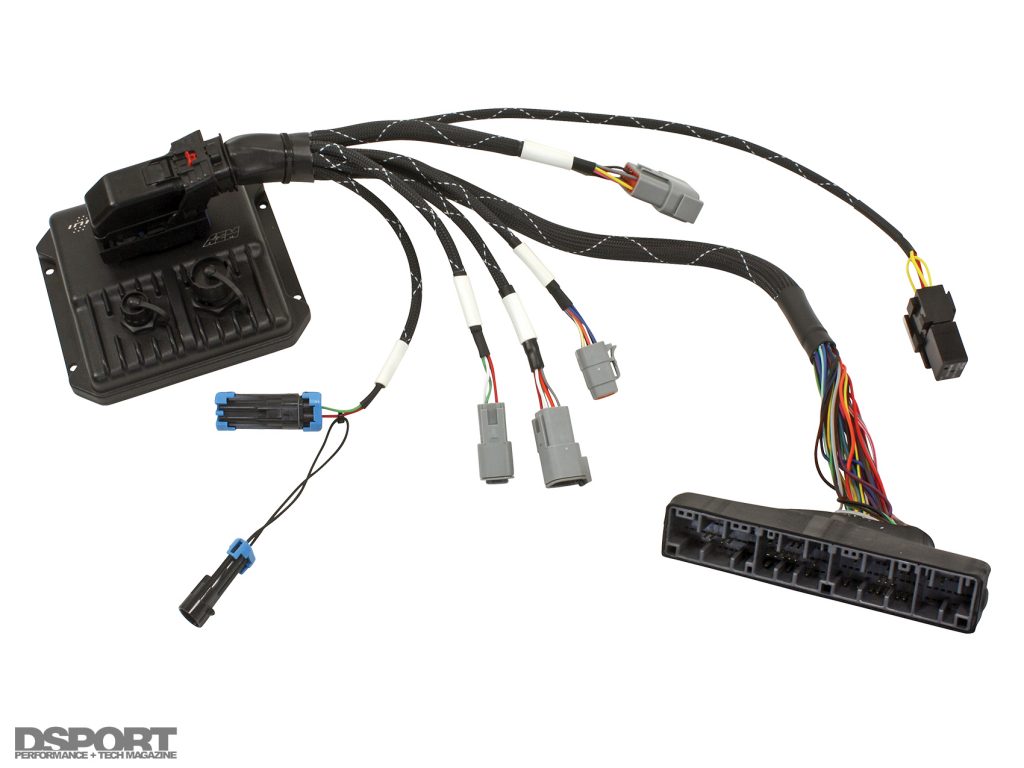 ECU tuning kits can plug directly into OBDII ports, or in some cases replace the factory ECU entirely.

The simplest ECU tuning solutions are map loaders. These systems plug into a car’s existing OBDII port and work in conjunction with factory ECU. In its most basic form, a loader will come with pre-adjusted calibration maps for the specific vehicle application. The flashed ECU typically features precise changes to fuel and ignition tables, tuned more aggressively than the factory settings to boost horsepower and torque figures. These solutions work by intercepting signals from the factory ECU and providing altered signals to the fuel injectors and ignition system. Plug-and-play ECUs replace the factory units, removing any possible restrictions from factory systems and adding processing power as well as features not available on OEM ECUs. Compared to piggyback tunes, plug-and-play replacements allow full control of tuning parameters, many of which cannot be modified on the factory ECU. Some of the additional features may include Flex-Fuel compatibility, full-throttle shifting, boost control, datalogging and more. Standalone engine management systems offer the most freedom to freely tune available parameters, supporting the stringent requirements of a high-horsepower build. Coming in at the highest price point, these systems are the most powerful option, often featuring advanced hardware and software needed on dedicated racecars. These universal ECU solutions wire into existing looms with vehicle-specific jumper harnesses, eliminating the need to cut and splice into complicated wiring looms. 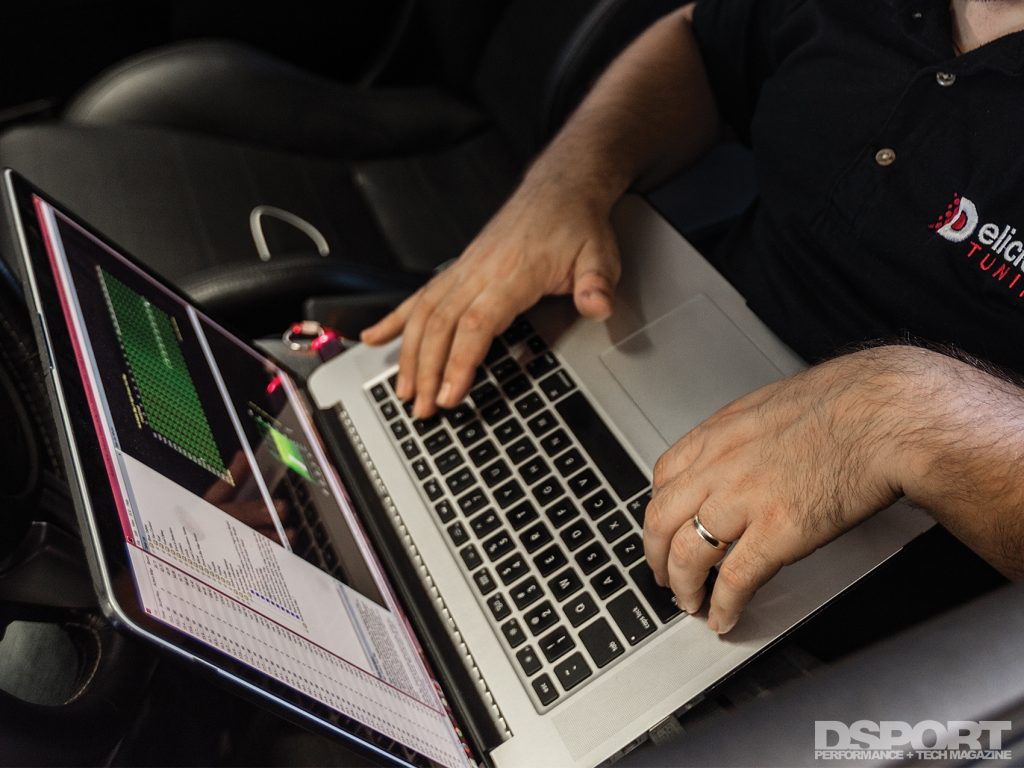 Before the tuning process can begin, it is important to set tuning goals. Some enthusiasts only need maps optimized to run at wide-open throttle, but others could put greater value on street drivability with variable partial throttle. Once a target is set, tuners can begin tweaking their variables. Each variable can affect how an engine reacts, so having a host of tools to measure multiple parameters can be crucial. These include – but are not limited to – wide-band UEGO meters for A/F ratios, a dynamometer for engine load and sensors for exhaust gas temperatures and detonation. With the available data, tuners can begin changing the ECU tune to reach their targets, then receive feedback based on the change in engine dynamics. From there, tuners can repeat the cycle of incrementally changing parameters until the performance targets are achieved. 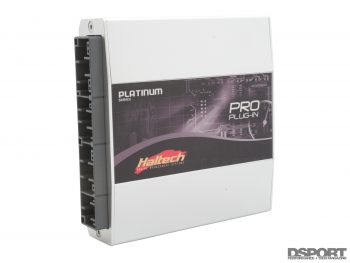 Expert tuners are always looking to advance their knowledge of tuning, allowing them to extract more efficient performance from a given package. For pre-programmed maps, tuners generally rely on proven testing of what can and what can’t be done with a specific engine family. By following common steps of parts, or “stages,” tuners create maps for situations where they know the general engine setup. Going beyond premade maps involves custom tuning for specific vehicles and exact parts selection. Although custom tuning requires more time and money, the tuner can take advantage of an individual engine configuration, tailoring fuel and ignition maps in an exact tuning profile. Custom tunes are ideally created on a chassis dynamometer, which can simulate varying driving conditions and engine load. DSPORT’s STILLEN supercharged Project 370Z, for example, saw a gain of 33.2 horsepower at the wheels after upgrading from the provided base map to a custom tune. Emerging technology has recently given way to remote tuning, where a user inputs their ECU records from a datalogger, and a tuner can turn the data into a usable map – all without seeing the vehicle in person. 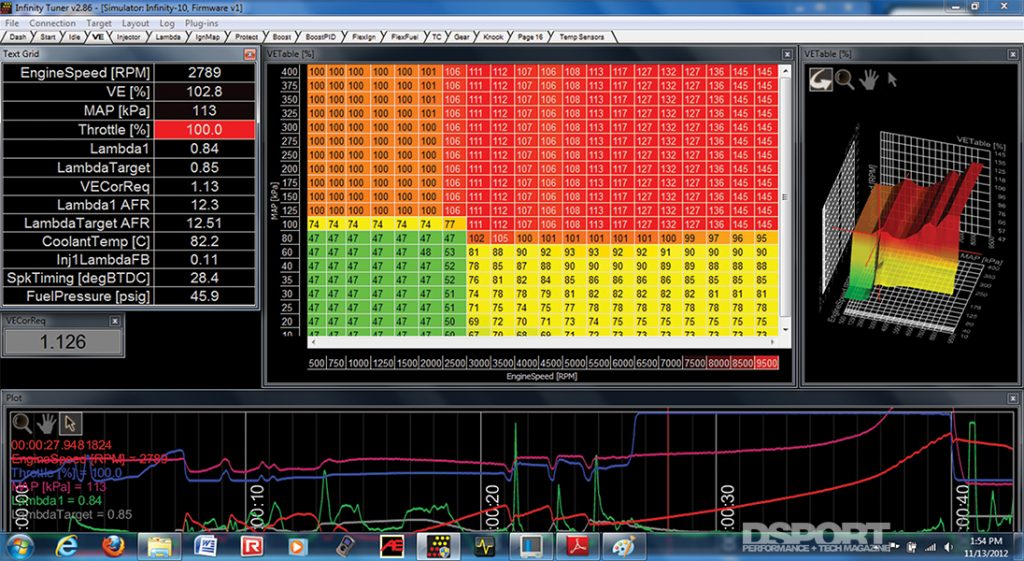 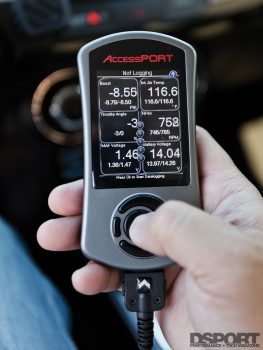 An App for That

With technology evolving at an exponential rate, so too does the innovation in ECU features. Though dependent on the application and tuning software, it is not uncommon to see advanced features like launch control, flat-foot shifting or programmable traction control even on some entry-level ECUs. Expanded connectors and ports can further supplement power, adding compatibility for nitrous injection systems or secondary fuel injectors.

When done correctly, ECU tuning can be the single most important aspect of an engine’s performance. Given the limits of factory ECUs and some reflash tuning technology, someone installing a catalog of performance parts on their car without a proper tune, runs into a good chance that the car will be worse off than its factory setup. Likewise, if a standard vehicle is improperly tuned, drastic changes to the ECU can cause irreversible damage to an engine. A mismatch of improper tuning, parts or a combination of both can cause an engine to run too rich or too lean, which can cause catastrophic failure of the entire engine. Successful tunes, developed from active and past tuning knowledge, and feedback from data sampling equipment can still include a relatively wide margin of safety, though typically not as conservative as the factory ECU. 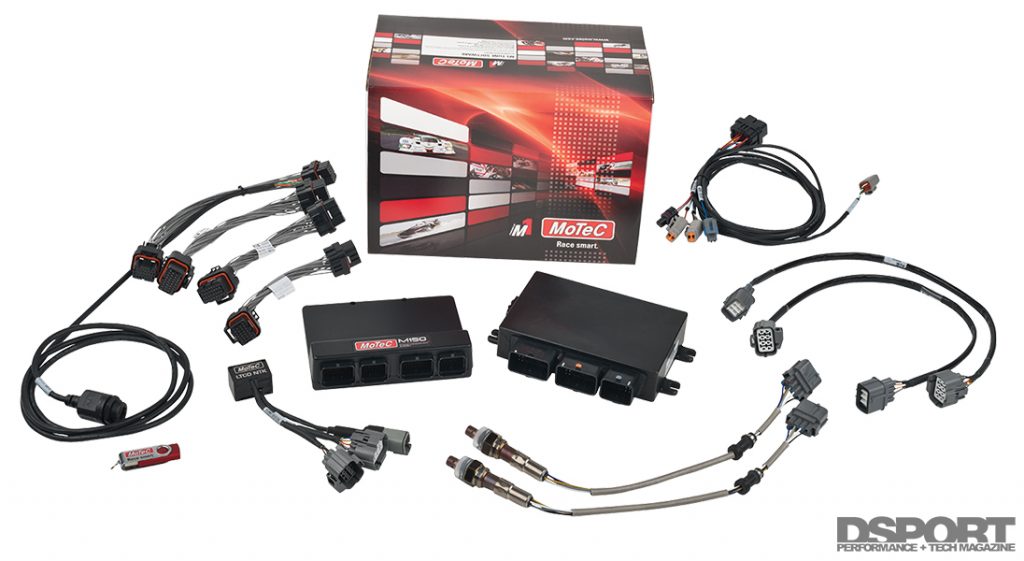 Diving into the world of ECU tuning can seem a daunting task, but finding the right solution can make the difference between creating additional safe and reliable performance and catastrophic engine damage. Whether using a pre-loaded map or a custom tune, properly paired engine management unlocks an engine’s true potential. Proper tunes deliver power in a reliable and efficient manner, taking risky guesswork out of the equation and allowing an engine to be pushed to its intended limit.

Hondata’s S300V3 turns an OBD1 Honda ECU (in our case, a P72) into a mean programmable machine.  With CAN output and Bluetooth connectivity built-in, this unit delivers more than enough features for the D’Garage Project CR-X