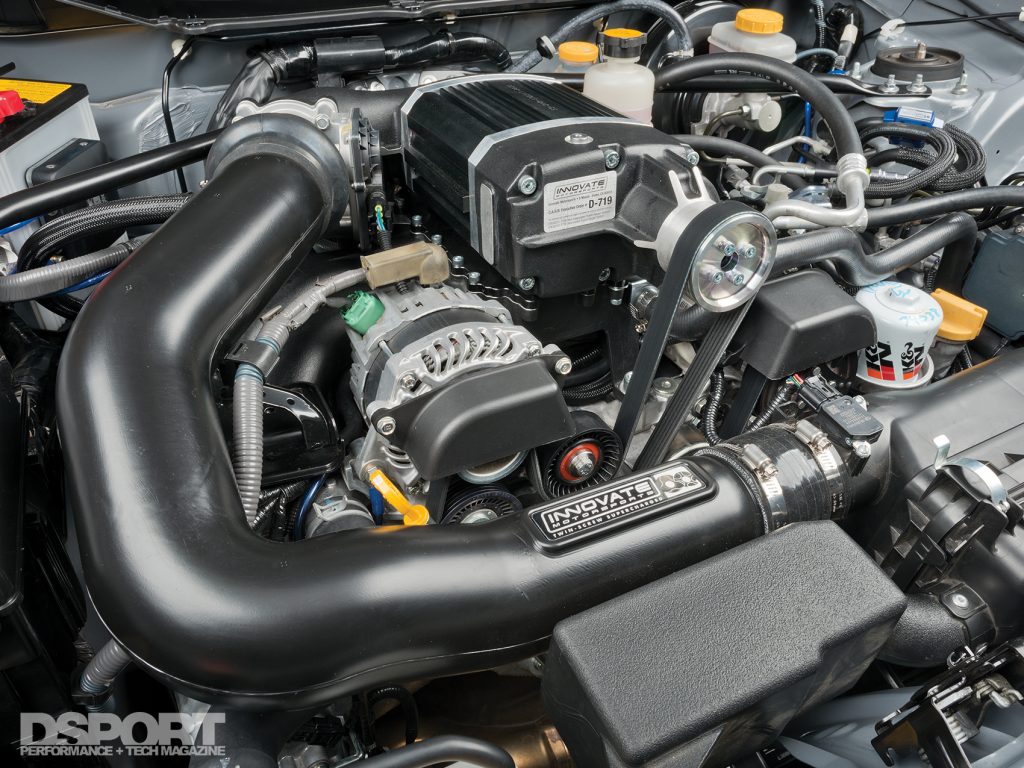 If you’ve decided that a forced-induction system is in the plan for your vehicle, you’ll first want to answer a few questions. How much horsepower do you want to make? Will you be modifying the engine or running a stock block? Is response or high-end power your ultimate goal? What is your budget? Do you need an emissions-legal system? Will you want more power in the future? Answering these questions and establishing the final goals will make your purchasing decision much easier and ensure that you don’t have to buy the same parts over again later down the line. 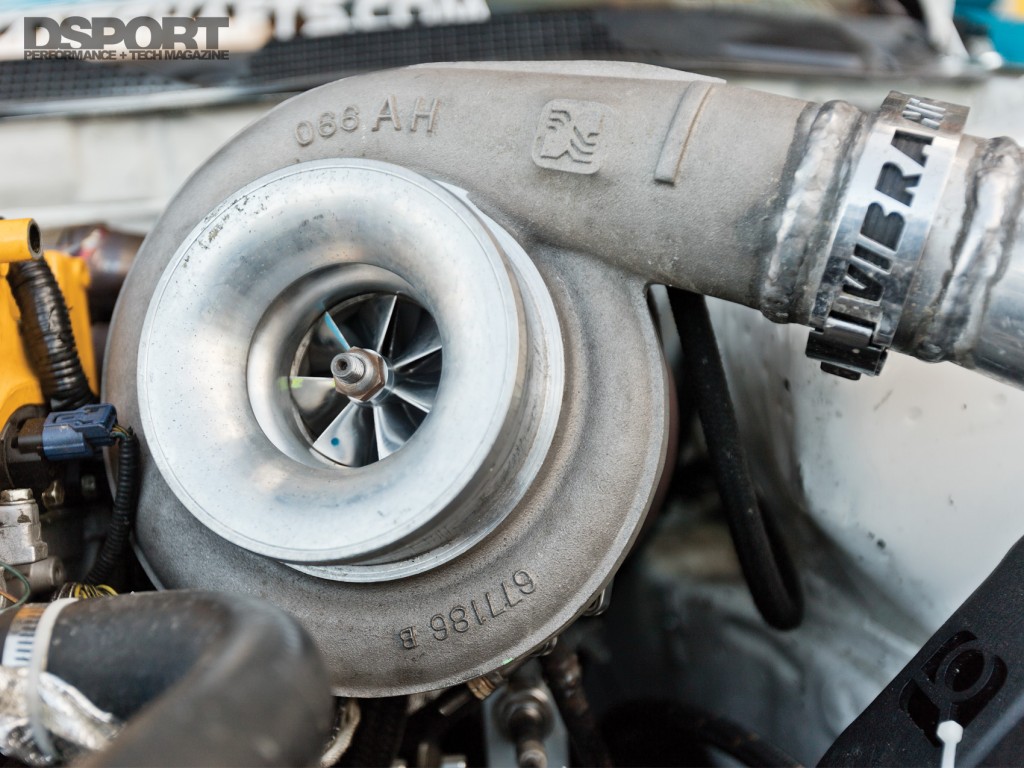 Before putting down big bucks for a turbo or supercharger kit, it’s best to understand the fundamentals of how these power adders work. To accomplish this, we will outline the basics of power production in internal-combustion engines, explain how a forced-induction system can generate additional power and analyze the individual components that make up turbo and supercharger kits. 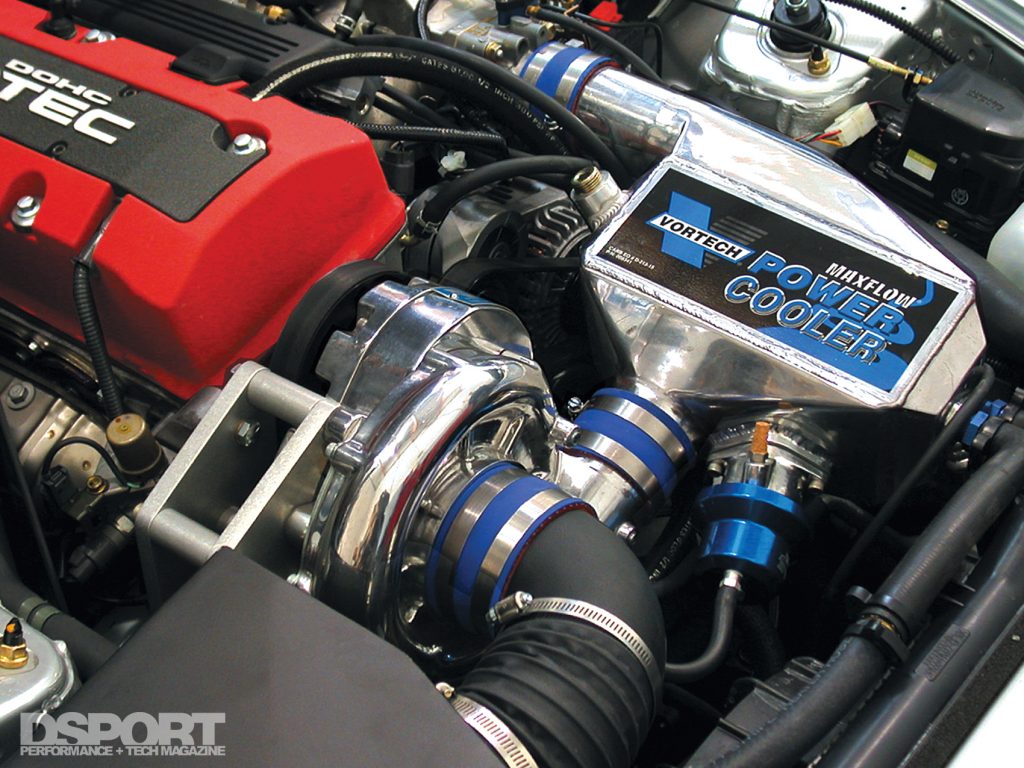 Automotive internal-combustion engines convert the chemical energy stored in fuel into kinetic energy. The input is fuel (gasoline, ethanol or methanol), while the output is work (horsepower). Simply put, when more fuel can be input and combusted, more horsepower can be generated. While this seems straightforward, making more power is not as easy as just adding more fuel. To make additional power, a greater amount of fuel needs to be matched with a greater amount of air. Luckily, forced-induction systems do exactly that – force a greater amount of air into the cylinders of the engine. 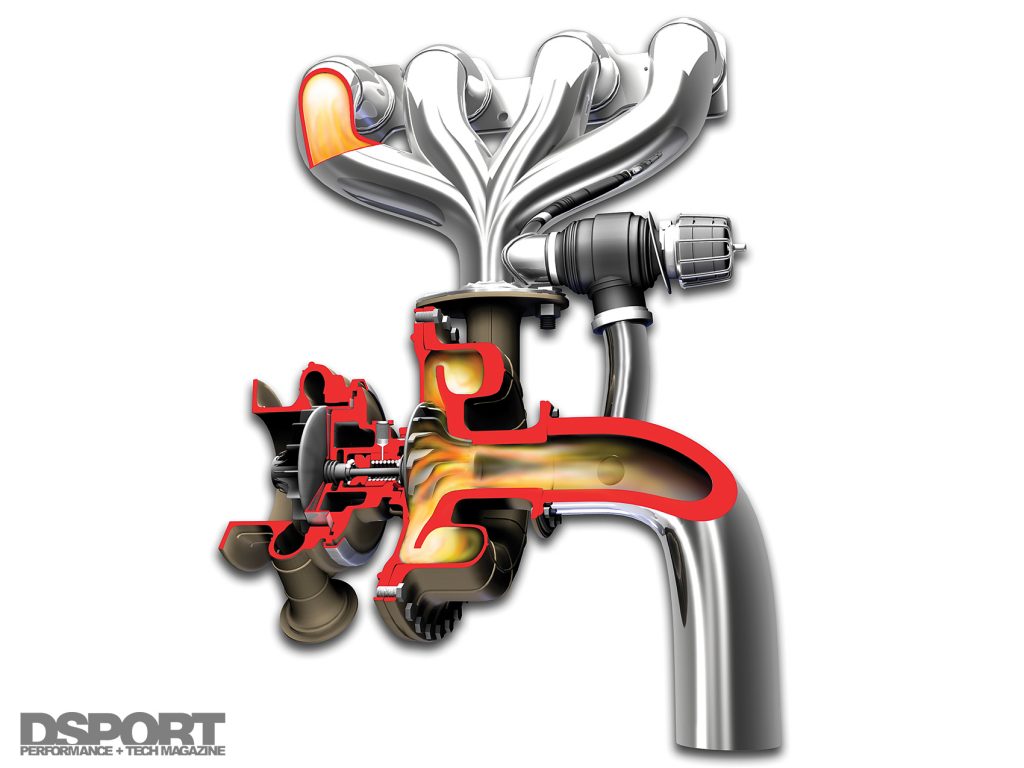 This cutaway illustrates the two separate sections of a turbocharger. Each wheel in each housing spins at the same speed due to being linked by one shaft. 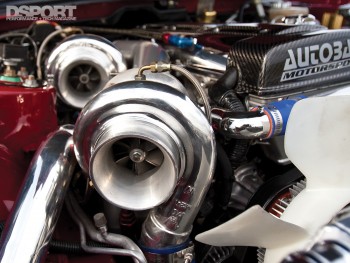 With the exhaust manifold directing exhaust gas from the ports of the cylinder head to the turbocharger, we can follow the path that the gasses take to understand how the turbo generates more power. Turbochargers have two distinct sections connected by one common shaft. On one side, a turbine section uses the energy of the exhaust gas flow to spin the shaft. On the other side, a compressor wheel within the compressor housing funnels in and compresses ambient air before directing the pressurized air charge toward the engine’s throttle body. 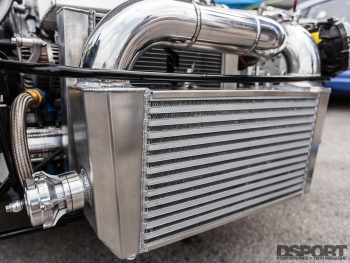 Since pressure and temperature are directly related, compressed air undergoes an increase in temperature. To maximize efficiency and performance, the incoming air charge needs to be cooled. This is where an intercooling solution comes into play. In most applications, an air-to-air intercooler is used. In this type of intercooling, the charge air moves across a core that dissipates heat across the fins of the intercooler. Typically, the intercooler is mounted at the front of the vehicle. By virtue of the vehicle’s forward movement, air passes through the fins, which leads to subsequent convectional cooling. Intercooling piping makes the connection between the turbo, intercooler and engine. In general, a high-quality system will feature aluminum mandrel-bent piping that keeps the length of the pipes to a minimum, minimizes the number of bends and selects a diameter that’s well matched for the engine and its intended usage. Fitment is the key to quality intercooling piping. 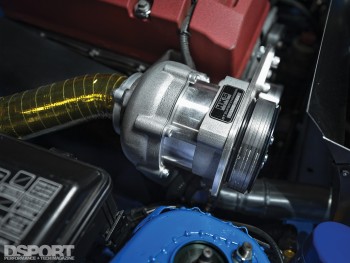 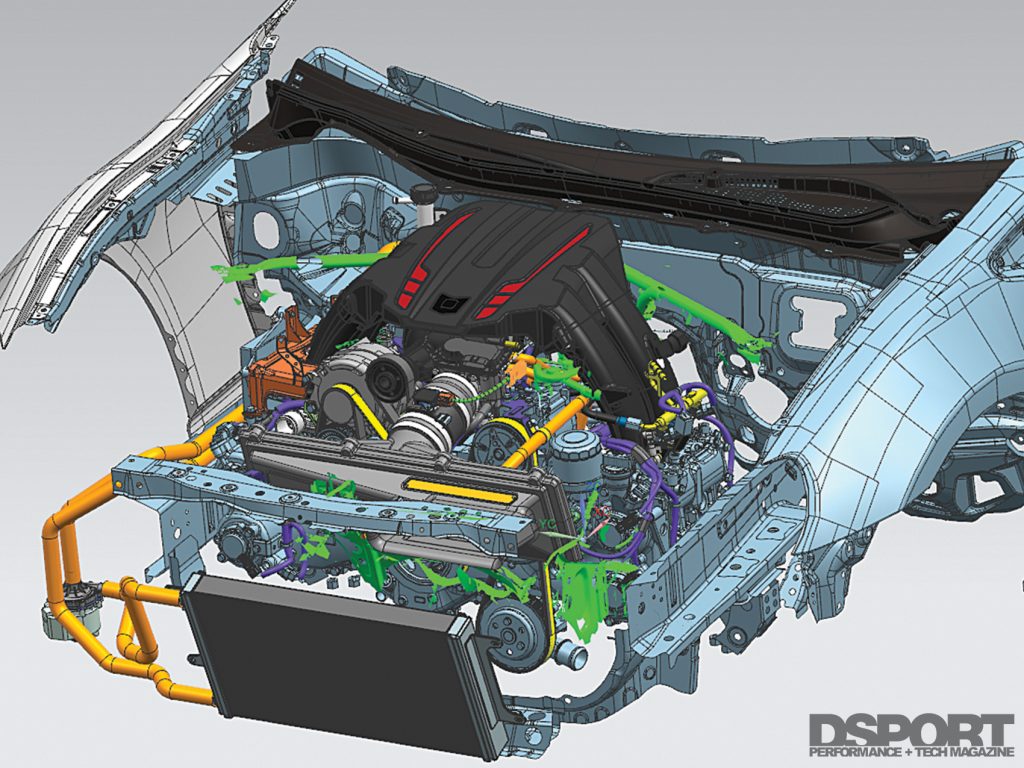 Of course when the amount of incoming air charge is optimized, the engine’s fuel management needs to be addressed as well. This is true for both turbocharged and supercharged applications. To this end, the simplest solution is a boost-dependent, rising-rate fuel pressure regulator and in-line booster fuel pump. This type of circuit raises the fuel pressure to the injectors as the turbo generates boost. More sophisticated arrangements include larger fuel injectors, piggyback ECUs, reflash software or standalone engine management systems. Most advanced forced-induction kits come either standard or optionally with some type of fuel management solution. Regardless of the fuel enrichment option, safe and reliable fuel delivery is of the utmost importance with forced-induction systems. 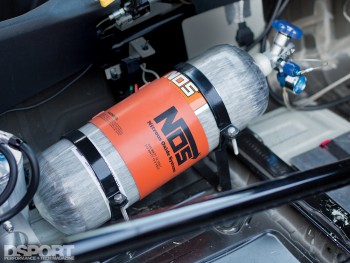 In addition to turbochargers and superchargers, the last power adder to the list is nitrous oxide. Nitrous-oxide injection systems are an easy bolt-on solution to add substantial power. When a nitrous-oxide system is activated, a mixture of nitrous-oxide and gasoline is injected into the intake. The expansion of the liquid nitrous-oxide into a gaseous form absorbs the heat out of the surrounding air. The result is a decrease in inlet air temperature, which translates to cooler and denser air entering the cylinders. Since cooler air is composed of more oxygen molecules (for a given volume), more fuel can be combusted and more power can be generated. Nitrous-oxide injection (on factory engines) can add a 5- to 10-percent increase in power in just an instant. With a capable engine in place, nitrous-oxide systems can add up to hundreds of horsepower.

Whether you choose to go with a turbo kit, supercharger or put your engine on nitrous, big power gains are almost always guaranteed. Make sure you use high-quality components from reputable manufacturers. To make your research a bit easier, we’ve compiled a list of complete forced-induction (turbocharger and supercharger) systems for some of the popular vehicle platforms. Happy boosting! 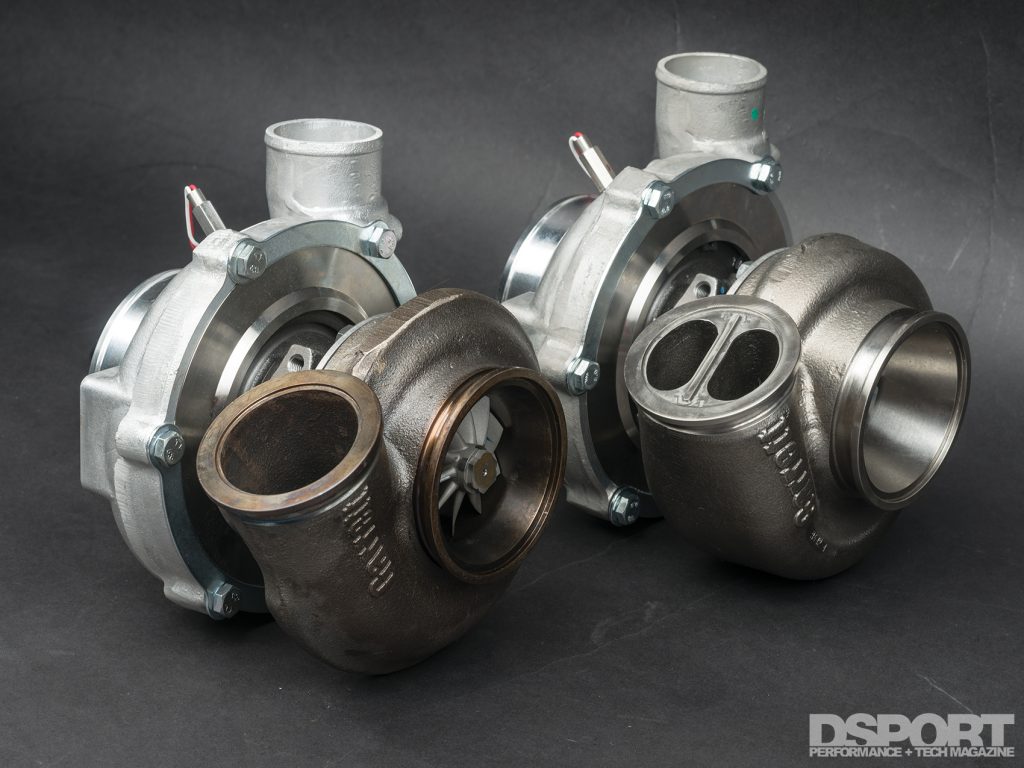