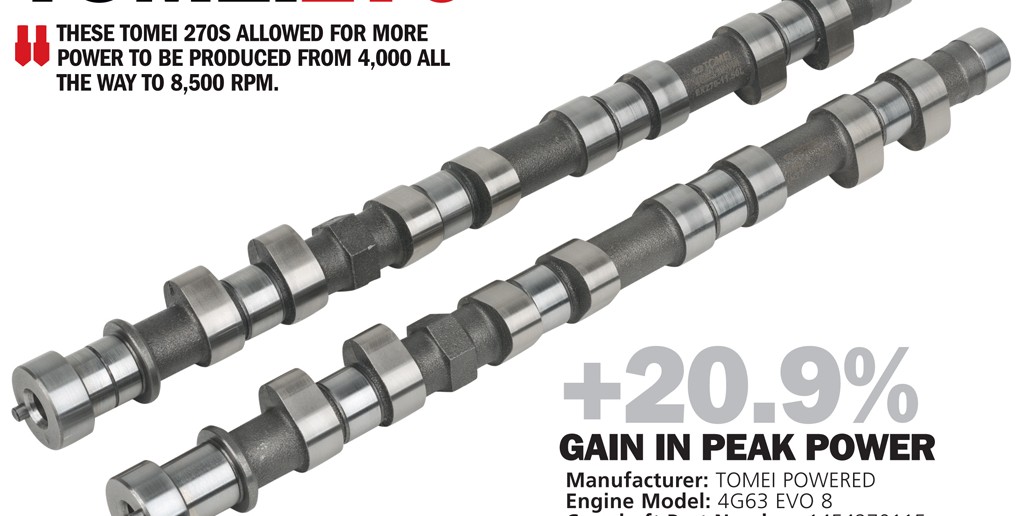 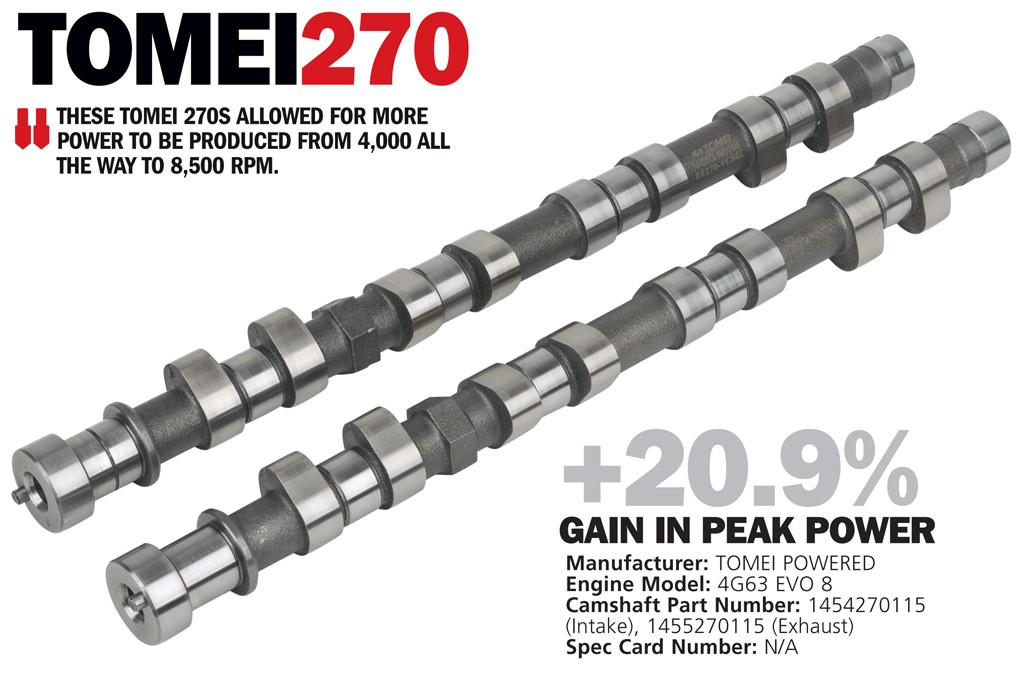 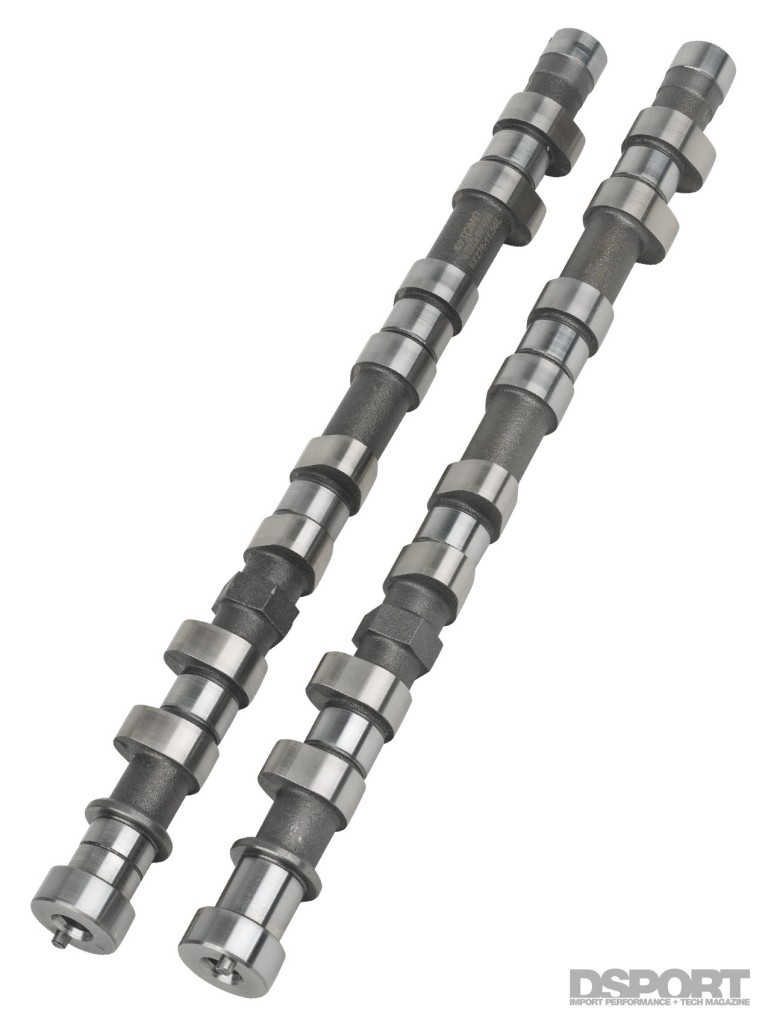 The mildest of the TOMEI offerings, this 270-camshaft set comes standard with a high lift of 11.5mm on both the intake and exhaust sides. Unlike some of the other 272-series camshafts tested, TOMEI’s reached peak power at a lower 7,900 RPM. While the idle quality did suffer compared to the factory camshafts, these TOMEI 270s allowed for more power to be produced from 4,000 all the way to 8,500 RPM. On our test EVO, we gained nearly 130 horsepower over the factory bumpsticks. With the TOMEI 270s installed in the EVO, we experienced a 20 percent gain in power with no additional boost pressure. 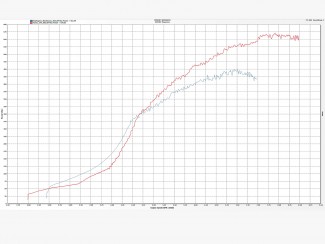 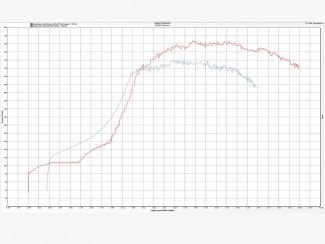