Rare and different. Two words that epitomize the Nissan Silvia S15. It carries a mystique almost as captivating as Nissan’s Skyline GT-R. Nissan ceased production of the Silvia S14, known in the U.S. as a 240SX, at the end of 1998. America never received the Silvia S15. Like its Skyline big brother, the S15 only saw production from 1999 until 2002. When production of the Skyline GT-R and the Silvia stopped in 2002, the end of an era had arrived. However, America would become familiar with the S15 through its wide use in drifting and time attack. Favored for its light- weight chassis, tried-and-trusted powerplant and its nearly 50/50 weight distribution, the S15 is often seen on the tracks smoking tires or breaking records.

The final version of the SR20DET to come out of Japan is the powerplant found in the S15. This SR20DET features Nissan’s variable cam timing, known as VVT, and comes from the factory with a Garrett GT28R ball- bearing turbocharger. Nissan rated this mill to produce 250PS, which equates to approximately 246 horsepower at the flywheel.

Since there are plans for several Test and Tune sessions with our Project S15, we decided to take a different approach to tuning. Traditionally, we install hard parts until the factory ECU limits any further growth. In this Test and Tune series, we decided to start by upgrading the fuel system and engine-management system before upgrading hard parts. In Japan, the gasoline standards are higher than in much of the U.S. Therefore, the factory ECU is actually tuned for a higher-octane fuel than America’s “premium” 91-octane gasoline, and would need refinement before searching for big horsepower.

Round One: The Parts

Part one of the Silvia buildup required some preparation for greater horsepower figures and higher performance upgrades. To start, Peak Performance stainless-steel rocker- arm stoppers were installed to prevent the rocker arms from becoming dislodged or thrown out of the valvetrain area at high RPMs. They also allow tuning at higher RPMs and provide a degree of insurance in the case of a miss shift. 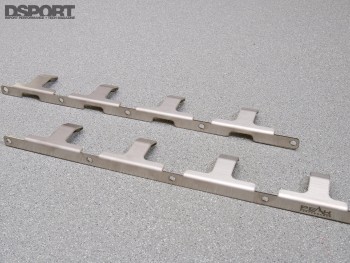 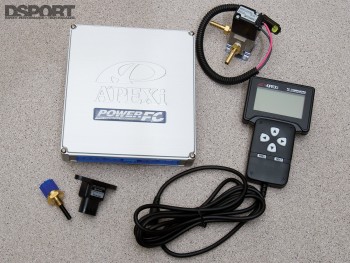 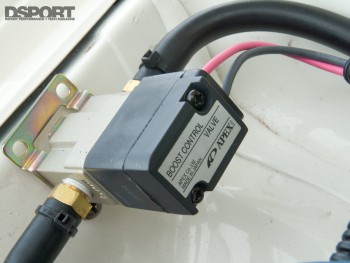 For engine management, we chose the A’PEXi Power FC stand-alone engine-management system, which features vehicle-specific, plug-and-play simplicity. The stock SR20DET comes equipped with a mass air flow system, which relies on the MAF (mass air flow) sensor to measure the volume of air drawn into the engine. Although extremely accurate, the MAF creates a restrictive bottleneck in the intake, hindering potential top-end power. Some choose to upgrade to larger MAF sensors from larger powerplants such as Nissan’s Z32 300ZX or Ford’s Mustang Cobra. The alternative is to convert to speed density, which relies on a MAP (manifold absolute pressure) sensor and an intake air temperature sensor for measurement.

We chose the Power FC D-Jetro version (p/n 414AN024), which converts the engine management from the factory mass air flow system to speed density. To regulate boost directly from the Power FC, we also installed an A’PEXi Boost Up kit (p/n 415-A013). The Boost Up kit includes a 3.0bar MAP sensor capable of measuring up to 28psi of boost. The intake air temperature sensor harness (p/n 415-XA03) and the intake air temperature sensor (Mazda p/n N3A118845) were also installed, completing the D-Jetro conversion.

In anticipation of significantly greater horsepower figures throughout this Test and Tune series, we put priority on improving the fuel delivery system. The first upgrade was the fuel pump. We upgraded the anemic factory fuel pump with A’PEXi’s N1 racing fuel pump for the Skyline R33 (p/n 404-A010). The N1 pump is capable of flowing over 280lph, depending on the voltage the pump receives. Next, a set of Power Enterprise 850cc/min fuel injectors (p/n SH850-C) replaced the factory 448cc/min injectors to ensure adequate fuel delivery. 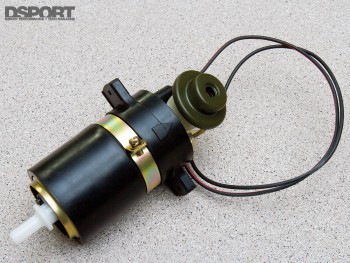 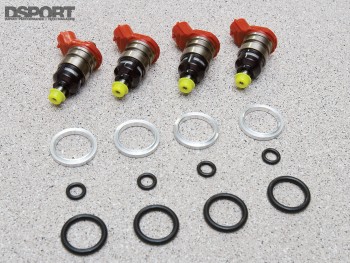 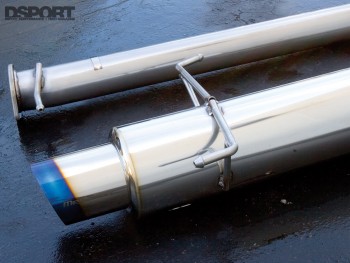 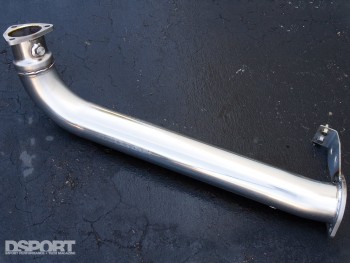