The Scion FR-S and Subaru BRZ represent the best entry-level, rear-wheel-drive sport compacts on the market. While capable of turning on a dime, most enthusiasts agree the FR-S needs more power. CARB-legal intake and exhaust upgrades can add up to 15 more wheel horsepower, raising the FA20’s output to 180- to 185-peak wheel horsepower. For serious improvements, forced induction is the only real solution. Worried about smog? Innovate recently completed the CARB compliance of its intercooled, supercharger system for the 2013-2014 FR-S and BRZ. Text by Aidan Spraic // Photos by Jun Chen 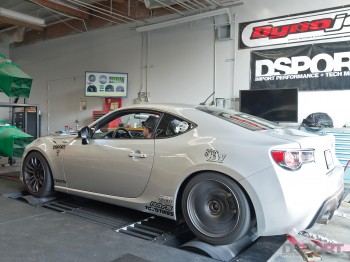 What is knock? Engine knock or detonation is the combustion of anywhere from one to multiple pockets of unburnt air-fuel mixture that occurs outside of the planned combustion window. When this occurs, the mistimed explosion sends a potentially devastating shockwave and increased cylinder pressures. The result of such an event could be anything from accelerated wear in the combustion chambers to a catastrophic engine failure. For daily driven cars, CARB compliance is a must. Our D’Garage FR-S is used as a daily driver, but it spends much of its time as a test mule on the DSPORT dyno and at various tracks. On the track, the one thing that can eclipse the excitement of overtaking another driver in a turn is the disappointment of giving the pass back on the straightaway. This made the FR-S a perfect candidate on which to install and test Innovate’s supercharger kit. 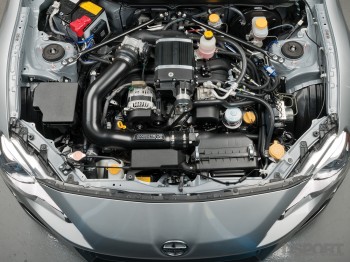 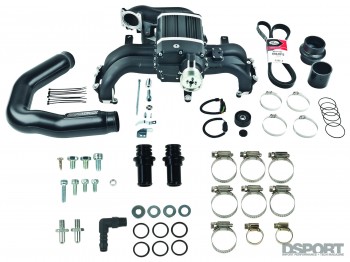 For decades, the “import performance” market has been synonymous with Japanese vehicles. Toyota, Nissan, Mazda, Subaru, and Mitsubishi have all...

When Kia released the Stinger GT, they proved that they had the ability to build a capable GT platform to...

The DSPORT office parking lot is filled with staff projects and D’Garage cars both old and new, but none of...

At some point in your project building career, you are likely to come to a realization that having a tow...