Kill the VTEC, Get Ready for 11,000 RPM. Honda’s VTEC technology is one of the best things about the B-series engine. The technology essentially produces the same effect as blending the performance benefits of multiple cam profiles. The low-lift lobes are able to establish a smooth idle, great low-end torque, high manifold vacuum and great part throttle response. The high-lobe is able to deliver all of the benefits of increased valve duration and lift. That translates into an engine that doesn’t run out of steam as it nears redline. Instead, it just seems to want to rev forever. The VTEC technology used on the B-series allows power to be optimized across a wider range of engine speeds. For 99.9-percent of all Honda engine builds, the mere thought of removing the VTEC technology would he heresy. After all, the previous setup used the VTEC system effectively to build over 850 horsepower and deliver 9.3-second performance. So why would we even consider abandoning such a stellar technology? Our build just happens to fall in the that 0.1-percent of competition builds that is better suited to a VTEC elimination. Text by Michael Ferrara // Photos by Jun Chen 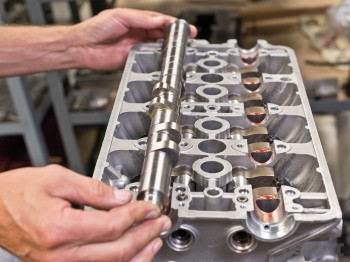 On the B-series engine, the VTEC valvetrain design works very well up to the 10,000 RPM range when the proper springs, cams, lost motion assemblies (Type-R) and retainers are selected. Keeping valve lift under 0.475-inch seems to keep things happy on a VTEC valvetrain. Go beyond 10,000 RPM or exceed the 0.475-inch lift and the limitations of the VTEC system can become apparent. Above 10,000RPM or at valve lifts exceeding 0.475″, the B-series VTEC valvetrain has trouble providing reliable performance. Remember that this system was designed to work at RPM levels up to only 8,000 RPM without the complications induced by forced induction. With the additional valve spring pressures required for forced induction and more aggressive performance camshaft profiles, the valvetrain becomes subjected to stresses never imagined by the original Honda engineers. As such, the factory followers have a limited amount of surface area and when the high lobe is activated there is a tremendous amount of load on the high cam lobe. With the VTEC “on” the high lobe, both intake (or exhaust) valve springs for that particular cylinder are acting against the cam lobe. This doubled up spring pressure can wreak havoc if spring pressures are excessive or lifts are high. Unfortunately, competition engines offer require higher spring pressures and higher lifts to properly work at high boost levels. 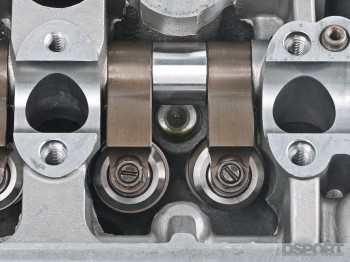 While VTEC elimination systems have been around since the late-90s, earlier systems were never widely popular. At that time, having a VTEC head that would survive up to 10,000 RPM without a VTEC eliminator system was all that was needed. As the benchmark went beyond the 700 horsepower mark and up through the 1,000 horsepower mark and beyond, WEB Camshafts decided to revisit the topic. Web Camshafts was sponsoring racers looking to run higher lifts and turn more RPM than the VTEC system could endure. After hundreds of hours of research and development, Web Camshafts completed its PRO Series design. The PRO Series design is unique in being a one-lobe, one-rocker, one-spring solution. This design reduces total valvetrain mass which is a major plus at high RPMs. The system also uses rocker arms designed with double the surface area of the factory rocker arm. Twice the surface area puts only half the load on the cam lobe and reduces friction. The additional surface area also allows for higher lifts in excess of 0.525″. Since the Web Camshaft PRO Series eliminated the lost motion assemblies the oil flow to the cylinder head is drastically reduced. This helps to provide additional oil to the main and rod bearings which is also a plus for trips to the land of 11,000RPM. 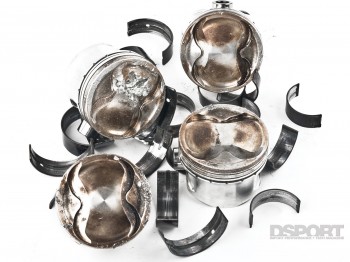 If you recall, a valvetrain failure is what killed Shannon’s original engine. The PRO Series VTEC-eliminator system should reduce the chances of a similar occurrence in the future, even if engine speeds get to 11,000RPM.

Degrees of Timing and Clearance 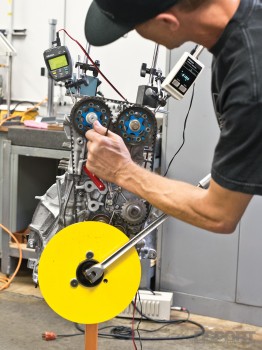 Going to a high lift, longer duration camshaft like those offered in the PRO Series require the camshafts to be properly degreed and clearance to be thoroughly checked. Piston to valve clearance should be checked with the camshafts at the maximum amount of cam timing advance that may be used. This will show the lowest amount of clearance that may be encountered. A minimum amount of 0.050″ of clearance must be maintained on the intake valve to piston, while the exhaust needs to maintain at least 0.080″ of clearance. Valve spring retainer to guide clearance must exceed 0.030″ and coil-to-coil clearance must be at least 0.015″. For this engine we found that we could run up to 10 degrees of advance (in crankshaft degrees) on the intake camshaft while still maintaining adequate valve to piston clearance. The exhaust side could support even more advance but we know that we are likely to advance that camshaft less.

High-lift, long duration camshafts should always be checked for adequate piston-to-valve clearance. Check the camshafts with the cam gears at the point of maximum realistic advance and also at centerlines closer to what you are likely to run. Most times clearance will be minimal as centerlines are advanced. In our case, a centerline of 100 degrees provides more than enough clearance on the intake valves. Exhaust valve clearance was more than adequate at all centerlines. 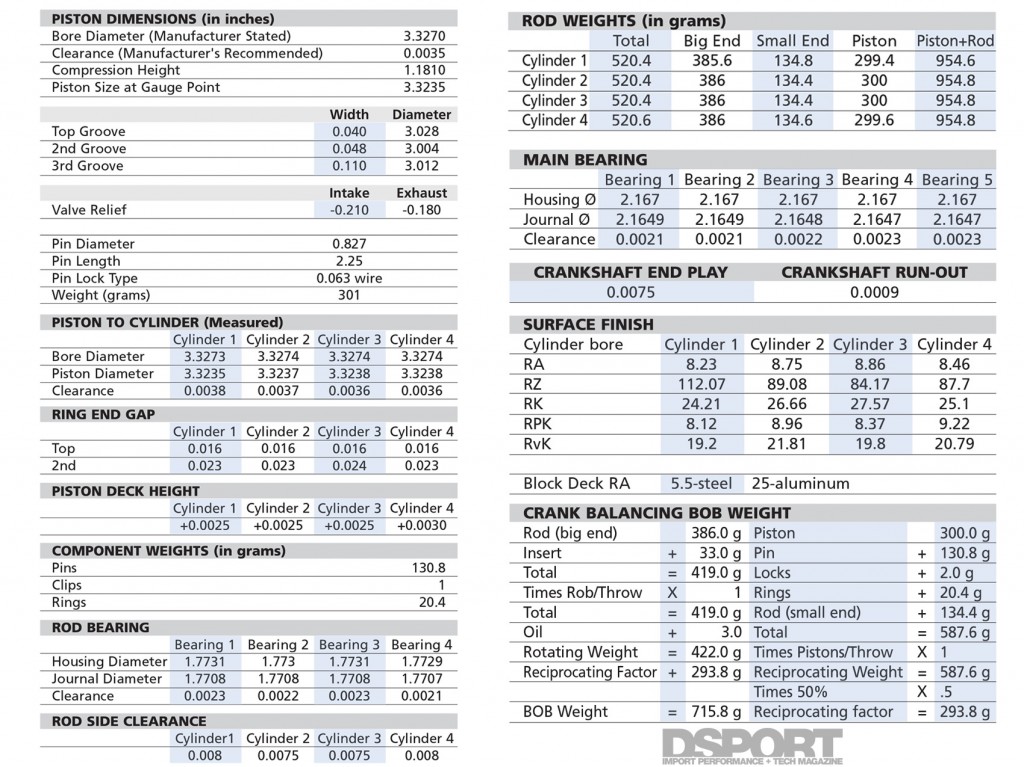 Since this is our first go with the PRO Series system, we decided to start with the 612/595 (p/n 35-402) camshafts as a baseline. These camshafts deliver 260 degrees of duration at 0.050″ on the intake side, with 256 degrees of duration at 0.050″ on the exhaust side. Peak lift is 0.530″ on the intake and 0.510″ on the exhaust. Once we gather data from the dyno with different cam timing setting, we should be able to use this information to have Web Camshafts grind us a custom set of camshafts to optimize our total performance combination. Stay Tuned.