The Install & Test According to our Lead Designer/Fabricator Len Higa, the installation was involved and time-consuming, but otherwise straightforward. A special wrench is included to reach the bolts under the STILLEN intake which is one of the most time consuming steps. Len also suggested to double check the routing of all of the liquid coolant lines to ensure that they do not come in contact with engine pulleys or fans. 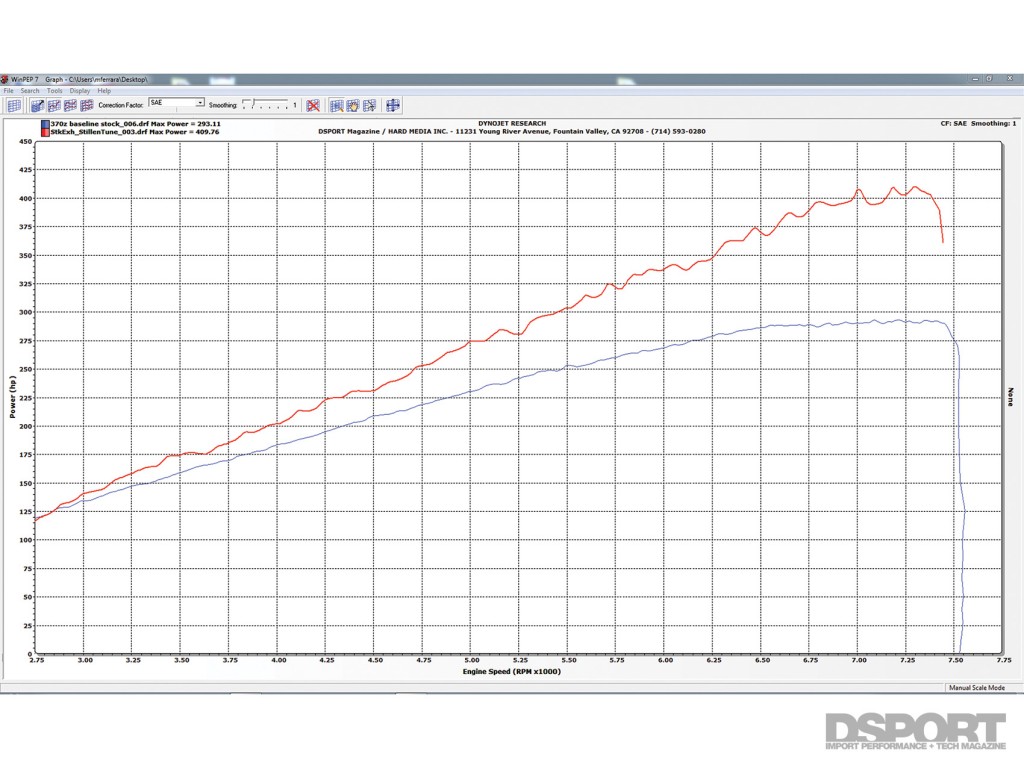 With the system installed and the ECU reflashed with UpRev’s cable and Osiris software, it was time to evaluate the performance gains. Before the addition of the supercharger, Carlos’ 370Z delivered an impressive 293.11 peak wheel horsepower (roughly 345 horsepower at the flywheel). This was more than expected from an engine factory rated at just 332 flywheel horsepower. With the STILLEN VQ37 supercharger system in place, the engine delivered nearly 410 peak horsepower to the wheels. This is a gain of 40-percent more power with no other additional performance bolt-ons in place. We were impressed. 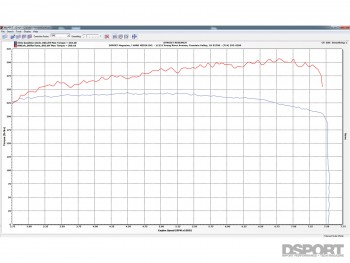 If there is one thing Nissan hasn’t been doing extremely well lately, it’s tooting its own horn. While subsequent years of every platform received refinements in performance and tuning, these changes often go unpublished. Fortunately, DSPORT is around to deliver real-world testing of the cars and products driving our industry. While many might be content with a 40-percent gain in power that puts the power-to-weight ratio of a 370Z on par with a GT-R, we want more. Stay tuned as next month, DSPORT adds another 35 peak wheel horsepower to this 370Z. Imagine a 525 horsepower 370Z with the manners of a stock 370Z and the power of a GT-R. We can’t wait.