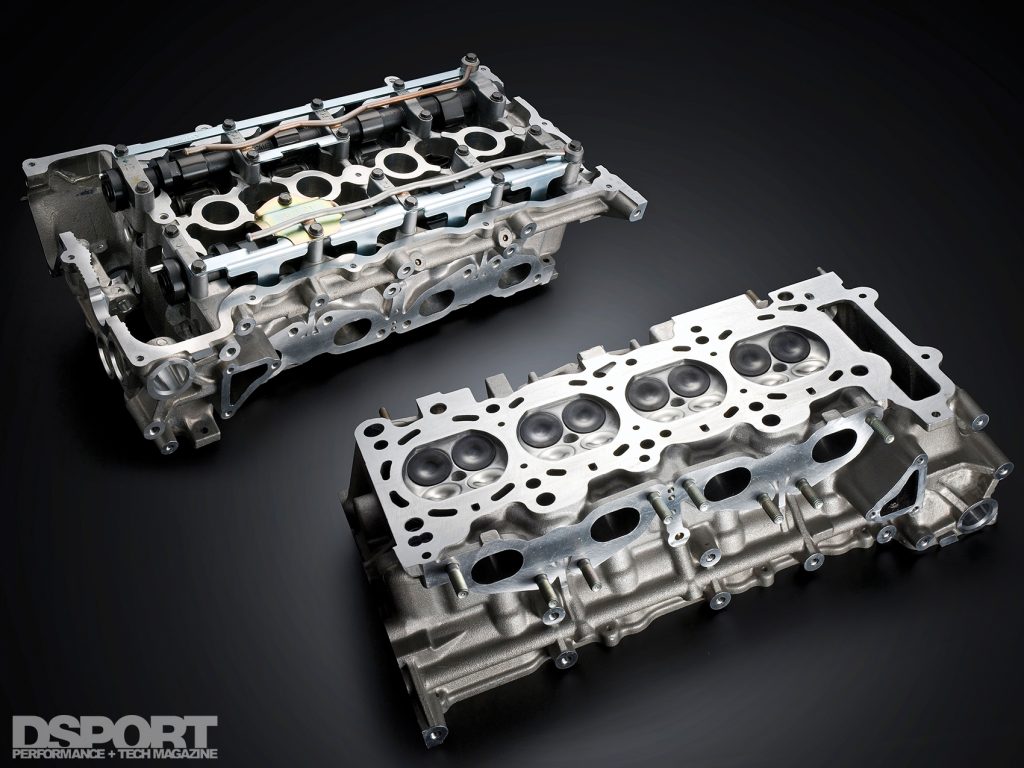 Since the SR will be employing larger cylinder bores, reshaping the combustion chambers to match the larger bore is a must. While TP technicians and engineers can custom shape the chamber based on any piston specifications provided to them, they can also perform the necessary cylinder head tuning based on the requested chamber capacity (cc volume) and piston crown specifications. A Cosworth 90mm head gasket accompanied the cylinder head to aide in the process of modifying the combustion chambers. We’ve requested that TOMEI POWERED keep the quench pads in place and to simply open the rounded portion of the chamber to 90mm (the bore size of the head gasket). Once we get the head back, we’ll send out the head to our piston manufacturer so that the chamber can be digitized into a 3D model that will aide in shaping the piston to deliver the desired compression ratio. We’ve decided to give our SR and KA engines the same exact bore size and compression ratio to provide a more level playing field and to give us a better indication of each engine’s personality. 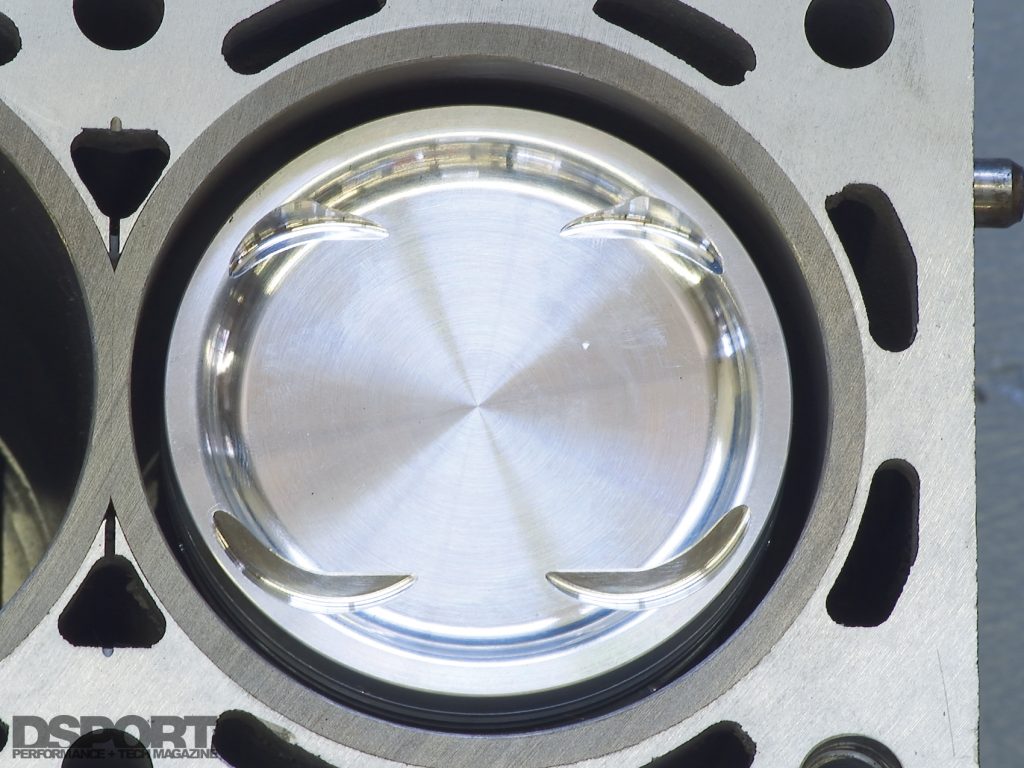 Here’s a look at an 86mm piston in a 92mm bore. We settled on an 89.5mm bore for our “SR23.” This will be the same exact bore size as the KA24 in this challenge. Both engines will also be setup to have the same compression ratio. The SR23 will use a 91mm stoker crank from TOMEI POWERED while the KA24 will use the factory 96mm crank.

COSWORTH: The Real Deal for the 90mm Seal

The technology for big-bore SR engine has been around for at least seven years (see DSPORT Issue #18, June 2004). While the right set of sleeves can be bored up to 92mm on an SR20 engine , finding a head gasket that provided a proper seal was a different story until recently. Now, Cosworth offers its 90mm big- bore head gasket for the SR20DET (p/n 200003395, 90mm, 1,1mm thick). This MLS (multi-layered steel) head gasket is manufactured by a die-cut process for precise and smooth edges. The Cosworth head gasket also features a folded stopper layer around each bore to ensure the best possible seal between the cylinders and the head. A 0.25-micron layer of nitrile rubber improves cold sealing of the head and the block. While other MLS gaskets are available in even larger bore sizes, the absence of the folded stopper layer have proven to be inadequate for high-boost operation. 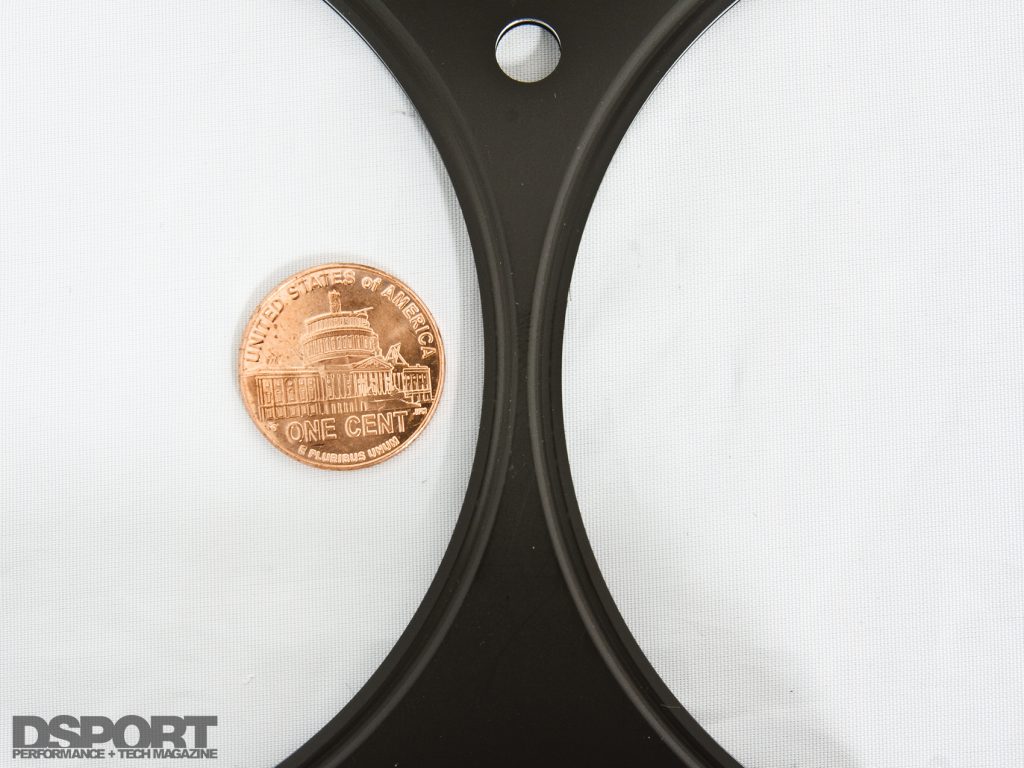 With the cylinder head in good hands, our SR20DET shortblock will be taking a trip to Benson’s Performance Machine in Laclade, Idaho. Dan’s going to install his Signature Series ductile-iron sleeves bored to 89.5mm. Custom pistons will be teamed with a TOMEI POWERED 91mm (+5mm) stroker crankshaft and custom rods. With the bigger bore and stroke, our “SR23” will check in at 2,291cc. This will be very close to the 2,416cc displacement of our KA24.

Sizing Up the Competition

In stock form, the KA24 has a displacement that is 19.5 percent greater than the SR20. With our sleeved, big-bore, long-stroke SR23, the displacement advantage will be cut to just 5.5 percent. Since torque output is generally proportional to engine displacement, our SR23 will be giving up just a 5.5- percent advantage to the KA24. If the SR20’s cylinder head proves to be a superior design, the 5.5-percent advantage may disappear and both engines may develop identical torque numbers. However, the longer stroke of the KA24 should give it an advantage at lower engine speeds, while the SR23’s comparatively shorter stroke may give it the edge at higher engine speeds. Only testing will tell.

The S14 and S15 Silvia used an SR20DET engine with a “low port” design cylinder head featuring variable camshaft timing on the intake cam. The older SR20DET engine found in the S13 Silvia and the 200SX did not have the variable cam timing and is referred to as a “high port” cylinder head. A bump at the end of the cylinder head for the variable cam sprocket assembly provides the visual cue to tell the two heads apart. In stock trim, the high-port cylinder head generates higher flow bench ratings than the low port head. While the high port head uses a steeper port angle and slightly larger ports for better flow bench numbers; the low port head has smaller, higher-velocity ports to promote quicker filling of the cylinder. This higher-velocity flow combined with variable intake cam timing allows the low-port heads to deliver a broader torque curve for an improved power band. After proper porting, the low-port head can deliver greater airflow numbers while maintaining higher velocities. 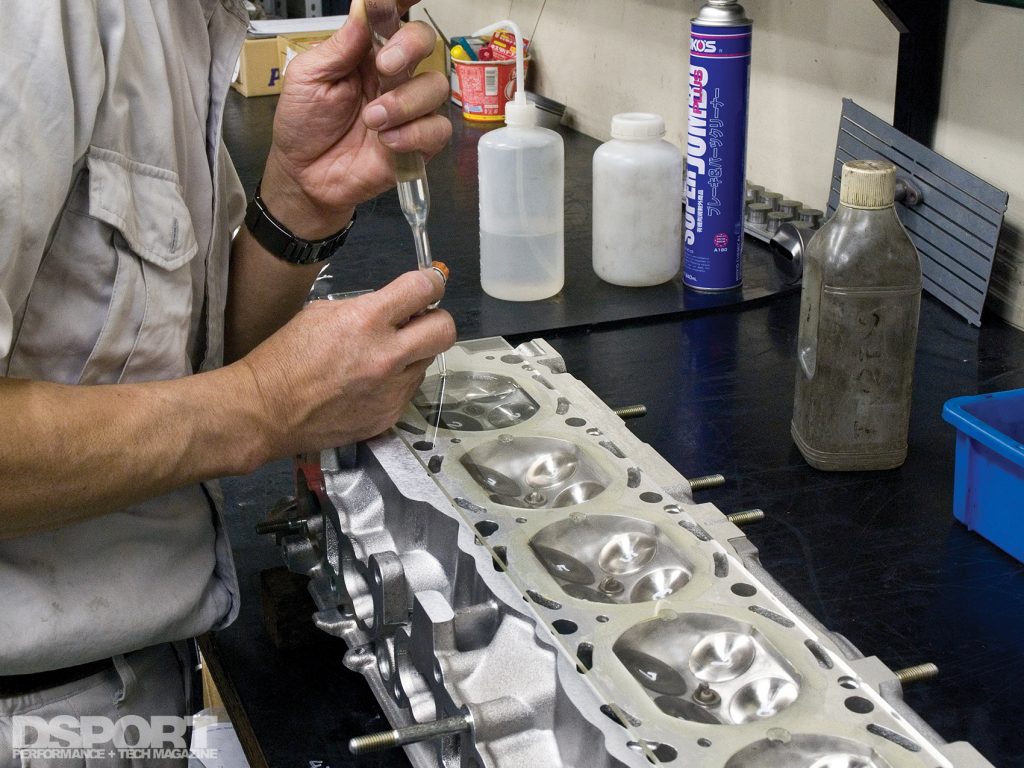 All factory SR20DET engines features hydraulic valve lifters that automatically adjust for zero-lash clearance. Up to and slightly beyond factory redline, this is a fairly reliable. However at higher engine speeds, the lifters may not bleed down properly and valvetrain dynamics can become unstable. As a result, the rocker arms may fail and valvetrain damage can occur. To avoid these issues, many elect to convert to solid lifters. TOMEI POWERED’s solid lifters eliminate the variable of the lifters changing height. Instead, the fixed height lifters are shimmed to ensure provide consistent geometry to the rocker arms. Since the ramps of hydraulic and solid lifter camshafts are different, it’s important to use a camshaft made for the solid-lifter conversion.

The right camshafts and camshaft timing optimize the strengths and minimize the weaknesses in the cylinder head’s design. When a cylinder head features high-velocity ports that can fill the cylinder quickly, optimal camshaft duration will be low to moderate. If the ports are “lazy” and velocities are lower, duration may have to be increased to fill the cylinders. While our current test parameters dictate different camshafts for each engine, it would be very interesting to see how camshafts with identical specs would perform in each engine. Perhaps we will explore this in a future tech article. 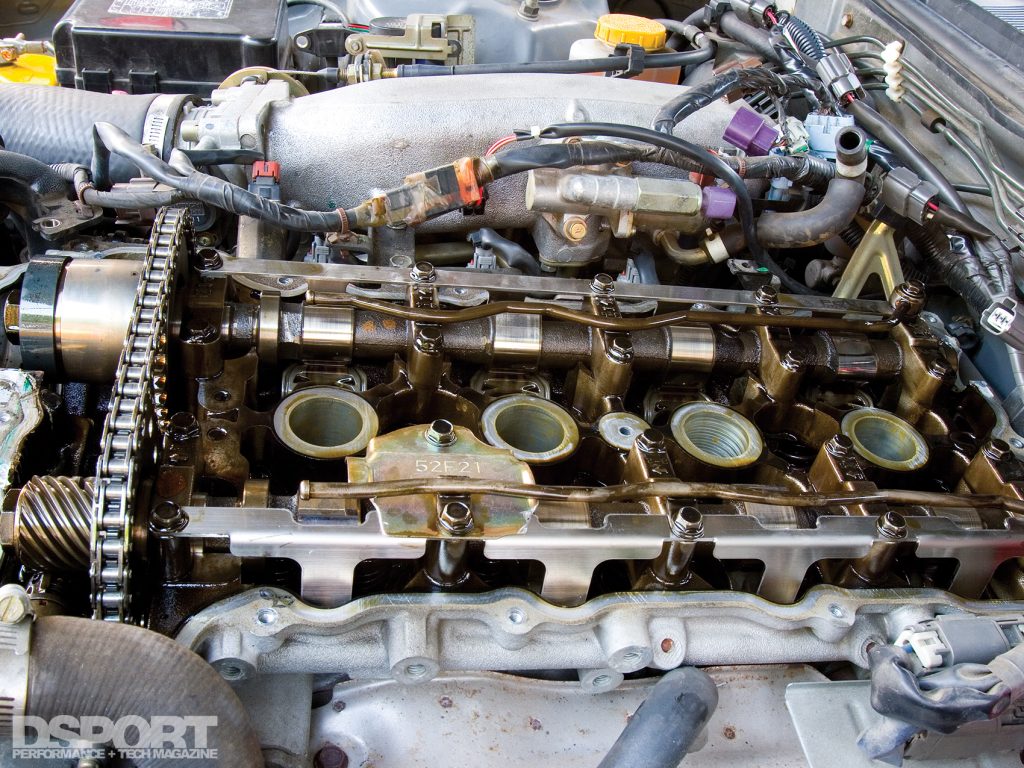