An HKS EVC was chosen to control the boost pressure. The EVC is one of the original electronic boost controllers and this unit represents its fifth generation of evolution. The HKS EVC uses a stepper-motor instead of a solenoid to provide improved boost response and boost stability. On the intake side, an HKS Racing Suction kit was chosen. This kit includes all of the piping between the turbo’s compressor inlet and the air filter. On the exhaust side, HKS’s new Hi-Power system was chosen. This stainless-steel system features a 75mm diameter for improved boost response and power. To deliver the right amount of fuel and ignition, an HKS F-CON V Pro was enlisted. The F-CON V Pro is a standalone engine management system that is the top tuner’s choice in Japan. 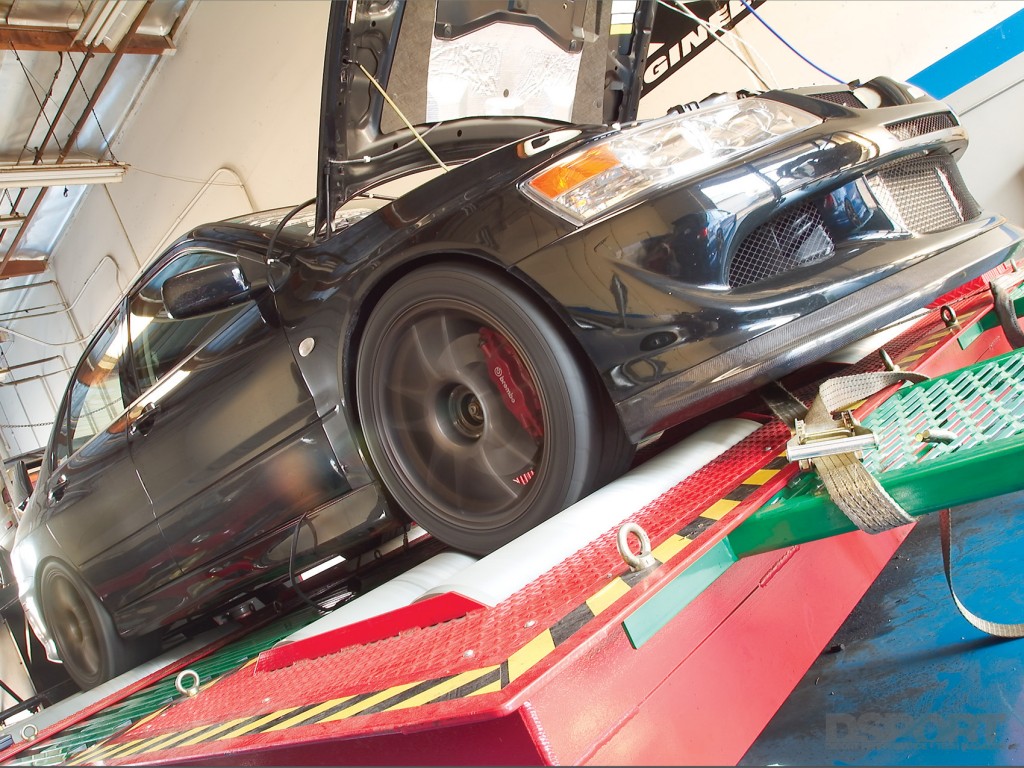 Strapped to a Dynamic Test Systems 4-wheel dynamometer, the stock EVO-VIII generated 242 horsepower at the wheels. As you may recall, our previous tester burning 94 octane generated 254 horsepower at the wheels as measured on a two wheel-drive DynoJet. One question we sometimes get is “Are the numbers accurate from a two-wheel-drive dyno when you dyno a four-wheel drive vehicle?” A two-wheel drive dyno can be just as effective for product evaluations and tuning as a four-wheel drive dyno provided that the car is setup properly. The fact that a two-wheel-drive dyno is used rather than a four-wheel-drive dyno is not of any relevance. The best dyno is the most repeatable dyno. For example, if you start with a 200 hp car on a 2wd dyno and then add parts that bring the HP up to 250 hp, you have gained 50 hp or 25-percent more power. The percent improvement is going to be the same regardless of how many wheels are being turned on a dyno. We have the advantage of having access to a four-wheel drive dyno, so that’s why we used it for our evaluations. 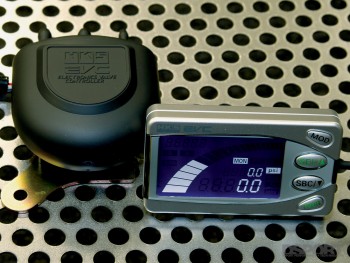 We installed the HKS EVC first to eliminate the fluctuations in boost pressure. Even though we set the boost controller to the factory boost level the power curve and boost pressure curve both show that the EVC has a superior control strategy over the factory ECU and solenoid. Full boost came in about 200rpm earlier and boost didn’t fall off as quickly on the top end. Although we didn’t expect a power increase (since we hadn’t turned the boost up yet), we saw a solid 8.4 horsepower increase in peak output along with gains of up to 15 horsepower at certain points in the graph. 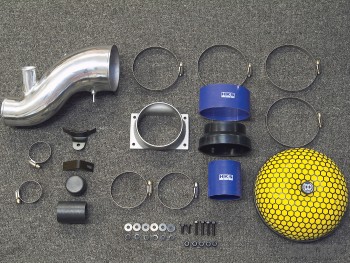 The second part in the performance evaluation would be the HKS Racing Suction kit intake system. Once installed, we again made our pulls on the dyno. This time power was improved from start to finish with the exception of losing a couple horsepower from 6300 to 6600 rpm. With optimization of the fuel and ignition curves, we believe much more would be realized. 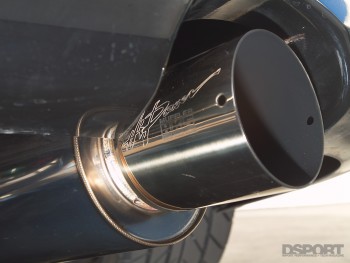 The third part in the evaluation would be the HKS Hi-Power Exhaust system. The dynamometer showed that the exhaust made power from 5,800rpm on. Unfortunately after putting on the exhaust, the motor started to suffer from audible pinging (detonation) at peak torque from 3500rpm all the way to 5800rpm on the first dyno run after installing the exhaust. 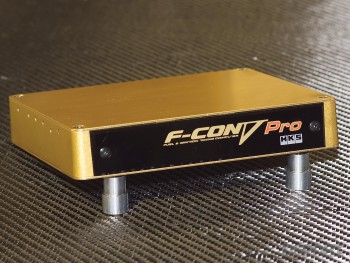 The fourth part in the performance mix would be the HKS F-CON V Pro. This FCon V Pro is a standalone that works with the stock ECU. The factory is kept in place to control minor functions. The F-CON V Pro is easy to install, but no base map is included so a good deal of tuning is required to get going. In Japan, the F-Con V Pro is one of the most popular standalone systems and many tuners share their knowledge base of programs. Since we didn’t have a contact in Japan that deals with Mitsubishis, we had Eric Hsu of XS Engineering perform the tuning of the F-Con V Pro. The massive 32×32 map (1024 points) on the F-Con V Pro took a number of hours on the dyno to tune. In the end, the effort paid off to the tune of extracting an additional eight horsepower with the target A/F ratio set at a 10.4-to-1. According to Eric Hsu of XS Engineering, “We’ve found that the EVOs running the factory downpipe and catalytic converter make the best power with a 10.4-to-1 air/fuel ratio. When we lean the air/fuel ratio, we start to experience knock. Once a downpipe and a cat bypass are installed, the engine seems to like a 10.8-to-1 air/fuel ratio. These two items and the slightly leaner air/fuel ratio allow for some significant power gains on the EVOs.”

With the fuel curve sorted out, we went back to see how much boost could be added while avoiding knock and maintaining our 10.5-to-1 air/fuel ratio. From the start, the boost had been set to 18.2 psi (1.26KPa). By datalogging the air/fuel ratio and injector duty cycle, the boost was safely raised to 21.8 psi (1.5KPa). At this point, the factory injectors are maxed out.