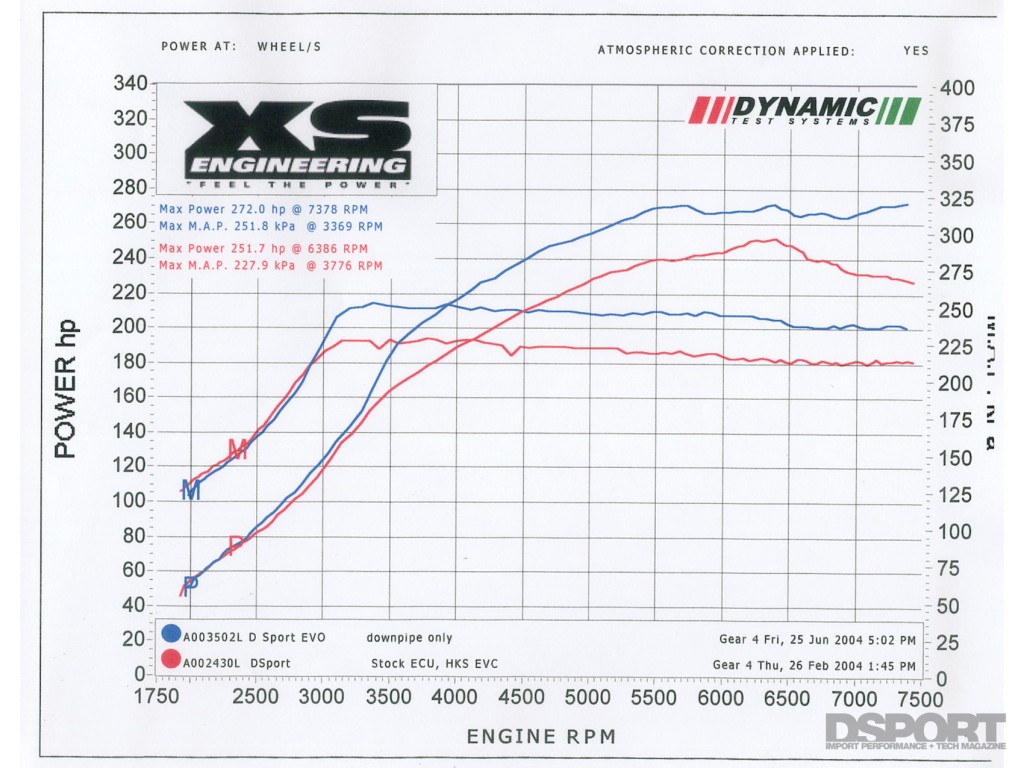 A full-dyno schedule at XS Engineering allowed us to only get half as far as we wanted. Fortunately, we did have time to address the fuel system. The factory in-tank pump was scrapped in favor of a 255 liter-per-hour Walbro unit. The factory 550cc/min injectors were swapped for a set of XS Engineering-modified MSD 1020cc/min (96lb/hr) injectors. Now the fuel system would be up to the task of feeding the engine up to the 525-wheel-horsepower level. 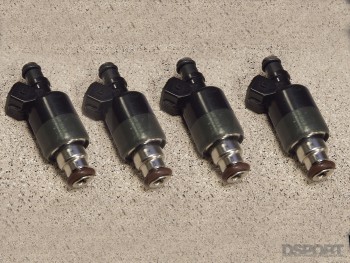 With the larger injectors and pump on duty, the fuel maps needed to be reconfigured to work with injectors that had nearly twice the flow rate as the factory units. After a few runs on the dyno, the HKS FCON-V Pro was dialed in with the new fuel system and an unexpected 8 more peak horsepower resulted. At some points in the curve, the power input was increased by up to 10 wheel horsepower. Peak horsepower output now checked in at 282.4.

With the fuel system addressed it was time to add the downpipe. We selected a three-inch downpipe from SP Engineering. We expected the downpipe to help boost response and allow for some additional horsepower. In most cases, adding a downpipe will also increase boost pressure. 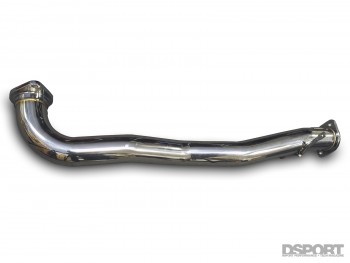 With the downpipe on the vehicle, we once again strapped into the four-wheel dyno. As expected, the downpipe picked up boost response. Three to five additional horsepower were realized from 3500 to 5700rpm. From 5700 to 6800rpm, we saw something that we had never seen before. The power actually fell off. Past 6700rpm, power rose by as much at 25 horsepower until redline. We were scratching our heads as to why we were experiencing a power drop in this 1000 rpm section of the power curve. The boost pressure remained the same but for some reason power was dropping off. Unfortunately our dyno time was cut short before we could locate the reason why. However, we expect to figure out this anomaly on our next dyno visit. 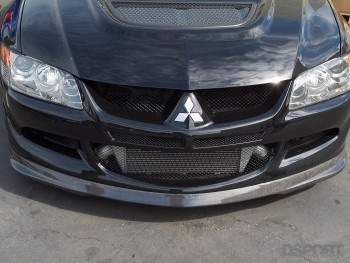 Our next dyno visit will include evaluation on an XS Engineering front-mount intercooler system, a cat bypass and an ignition system upgrade. The hope is for 300-plus horsepower on 91-octane.