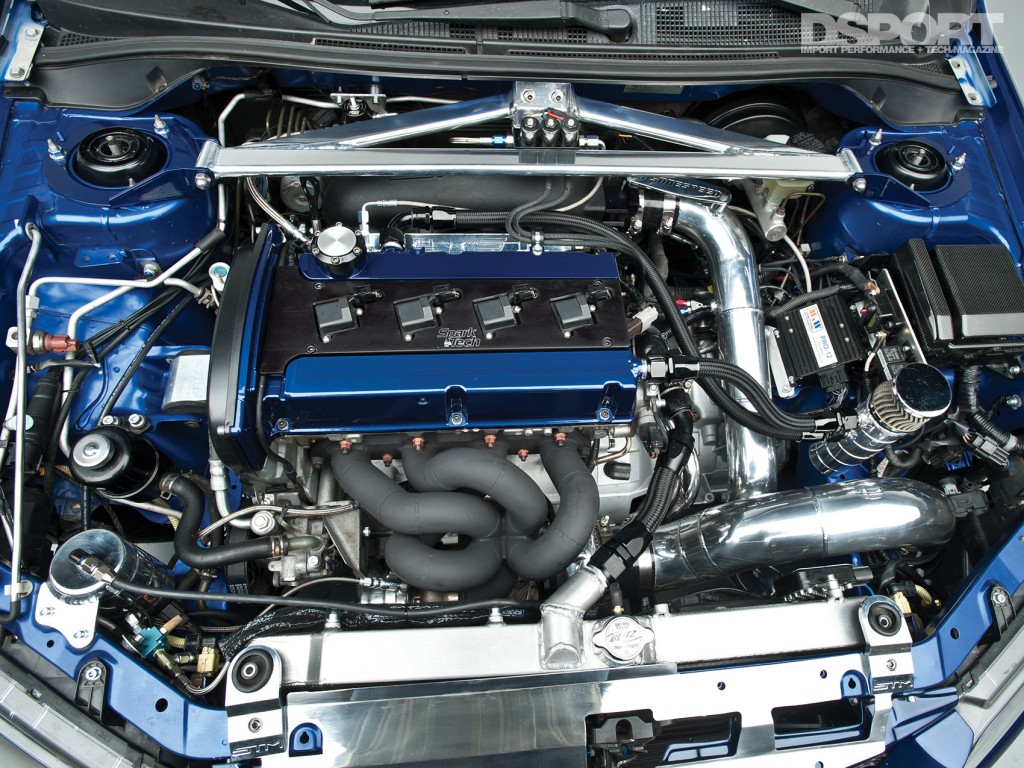 Before the import revolution took flight in the USA, Mitsubishi had already poised itself with the release of its turbocharged 4G63T engine. First available in the Galant VR-4 in 1988, the 4G63T appeared in the first and second generation Eclipse and Eagle Talon, along with the rally and road course focused Lancer Evolutions 1 through 9. With each evolution of the engine, newer technology and more factory horsepower were realized. The high flowing aluminum head and stout iron block form the foundation for power production with some examples exceeding 1,000 horsepower. Once the import performance revolution began, one of the fiercest rivalries occurred between the masses of turbocharged Honda B-series and the FWD and AWD DSM contenders. These battles raged on both the street and the strip with mixed victories across the board. Although outnumbered, the DSMs maintained their ground. The 4G63T enjoyed nearly two decades of production with just as many or more years of aftermarket development and support. Even five years after the last 4G63T engine was dropped into an EVO IX engine bay, the aftermarket continues to support this mill with internals and ancillary equipment. Like Honda’s B and K series engines, the 4G63’s head and block were interchangeable with its longer-stroke sibling, the 4G64. These combinations yielded displacement increases of up to 2.4 liters. 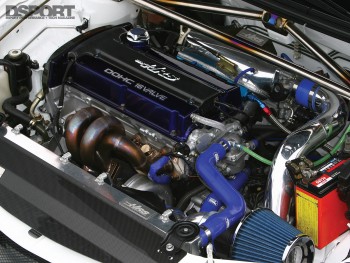 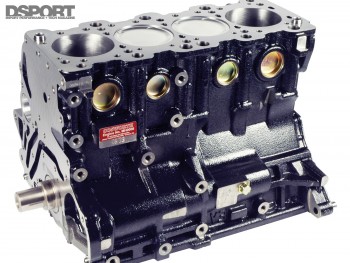