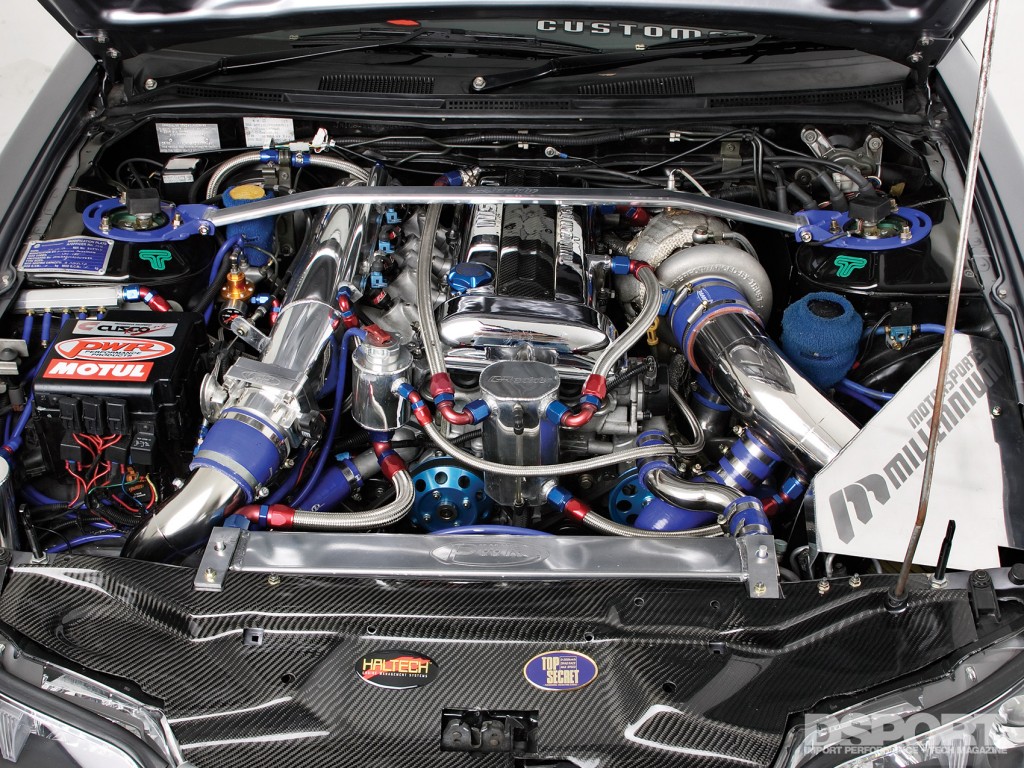 Nissan’s SR20DET Engine holds the number seven spot on the Top 10 List. Nissan’s turbocharged SR20DET lived in the shadow of the B Series and the 4G63 during the heyday of import drag racing. Only available overseas, it wasn’t until the underground motorsport of drifting became more mainstream that enthusiast interest in the engine and the RWD chassis it was most often found in (Nissan’s Silvia and 180SX, the JDM sisters to the USDM 240SX) exploded. Almost overnight, used 240SX that were hardly worth the tires they rolled on became a hot commodity. Unfortunately, the US variant had the 155 bhp naturally-aspirated KA24 engine. The quick solution would be to drop in a JDM junkyard SR20 engine. The RWD SR20DET (a transverse AWD variant powered the Pulsar GTiR) featured an aluminum block and cylinder head. The rotating assembly has been shown to safely support 500 horsepower, needing only a head gasket and head studs to contain higher boost pressures. For additional horsepower, the block’s wide bore centers permitted bore increases (with sleeving) to increase displacement. Broad aftermarket support offered numerous solutions for practically every aspect of the engine from stroker crankshafts to solid lifter conversions. The later variants of the SR20 featured Nissan’s variable cam timing (VTC) on the intake camshaft. For even greater airflow in and out of the cylinders, tuners have adapted the FWD SR20VE cylinder head (with Nissan’s NEO VVL variable valve timing on both camshafts) to the RWD shortblock. This conversion has proven to deliver over 600 horsepower on a time attack prepped 240SX and 1,600 horsepower on a pro-class S15 drag car. 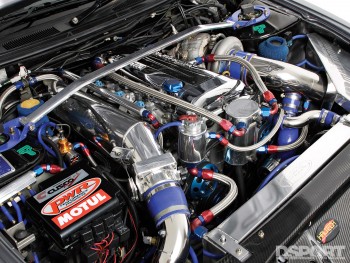 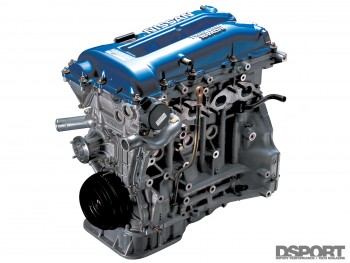