Scoobie Power With A Rally Heritage… 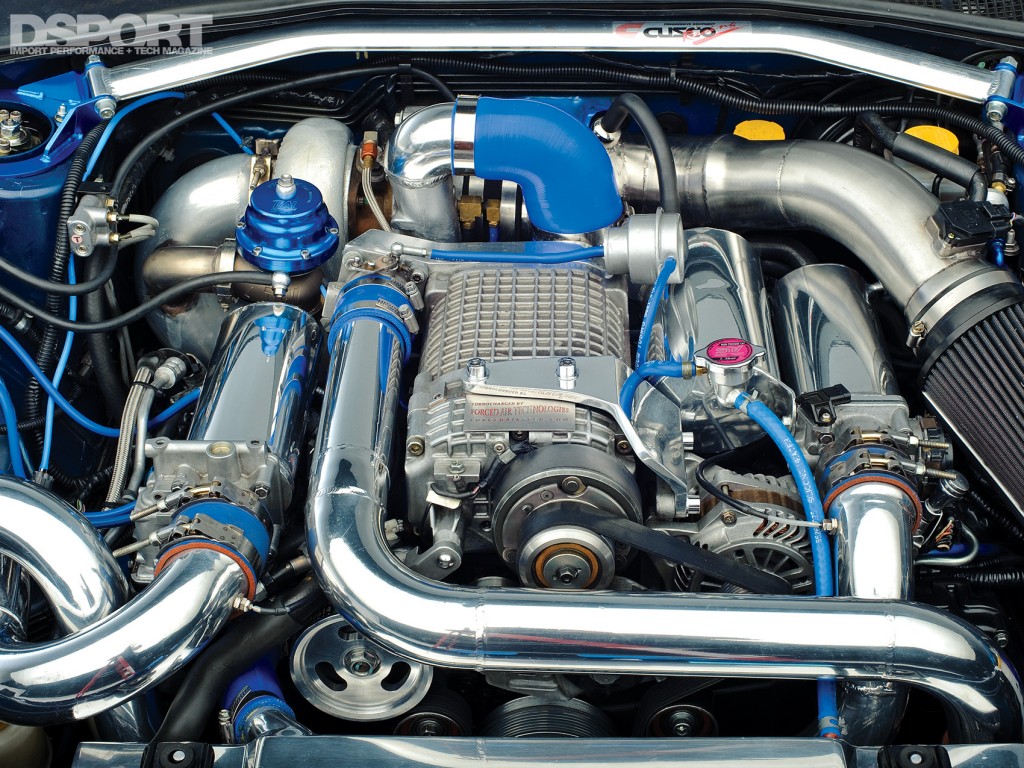 The Subaru EJ257 engine hails from a rally heritage that started when Subaru began competing in rally in 1980. Unlike the JDM STI’s 2-liter EJ207 engine, the EJ257 was designed for the USDM 2004 Impreza WRX STI. The EJ257 features a horizontally opposed four-cylinder configuration, to help lower the center of gravity of the engine and the overall chassis configuration. The big bores and relatively short stroke of the 2.5-liter engine produce tremendous torque in stock form. Subaru’s Active Valve Control System (AVCS) adds variable valve timing to the intake valves. The ECU-controlled intake camshaft can be adjusted up to 35 degrees, optimizing intake cam timing throughout the RPM range. An IHI turbocharger supplies the boost pressure that helps the big 2.5-liter engine generate 300 bhp and 290 lb-ft torque, ideal for an all-wheel drive application. However, the EJ257 does suffer from a few shortcomings. The biggest drawback is poorly manufactured pistons with weak ring lands. Piston failures due to broken ring lands have been found to be the cause of a number of blown engines. Some also find the boxer’s inherently awkward sound to be annoying and inescapable. But it’s not always considered a bad thing, since legions of Subie loyalists live for its unique exhaust note. 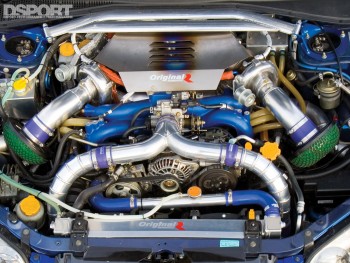 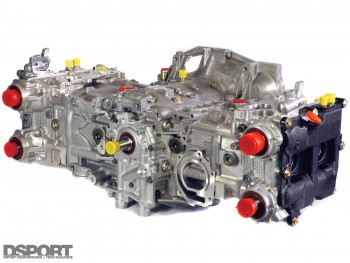